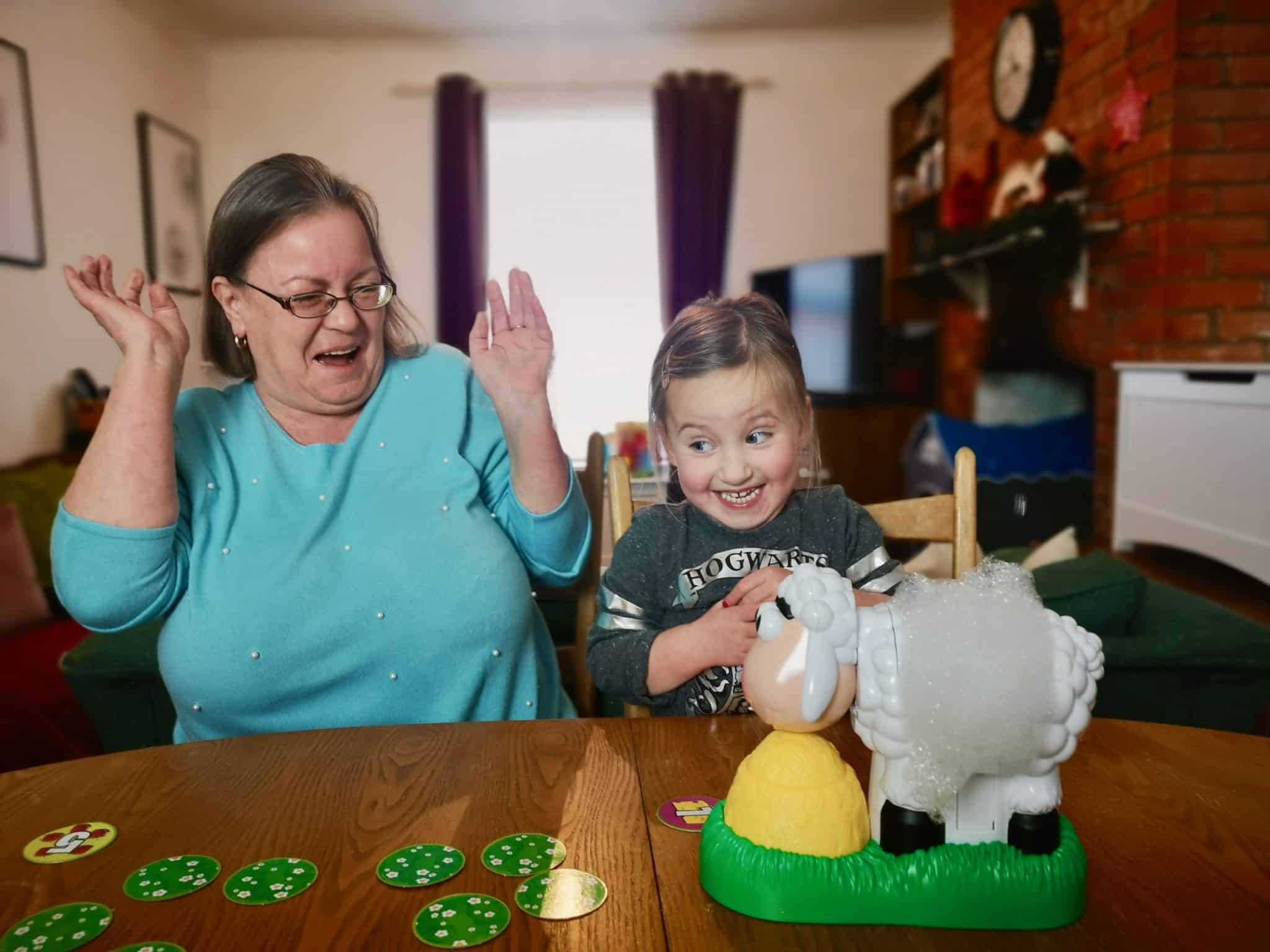 It’s only happened a few times over the past year or so but as soon as Erin saw Baa Baa Bubbles* advertised she got really excited about it. Luckily, we were recently sent it to review and as soon as I showed Erin she couldn’t wait to play it. 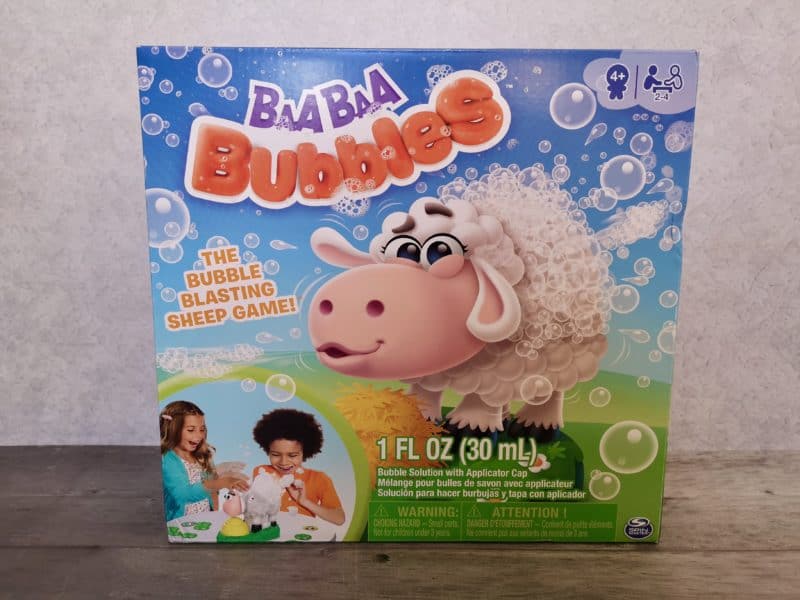 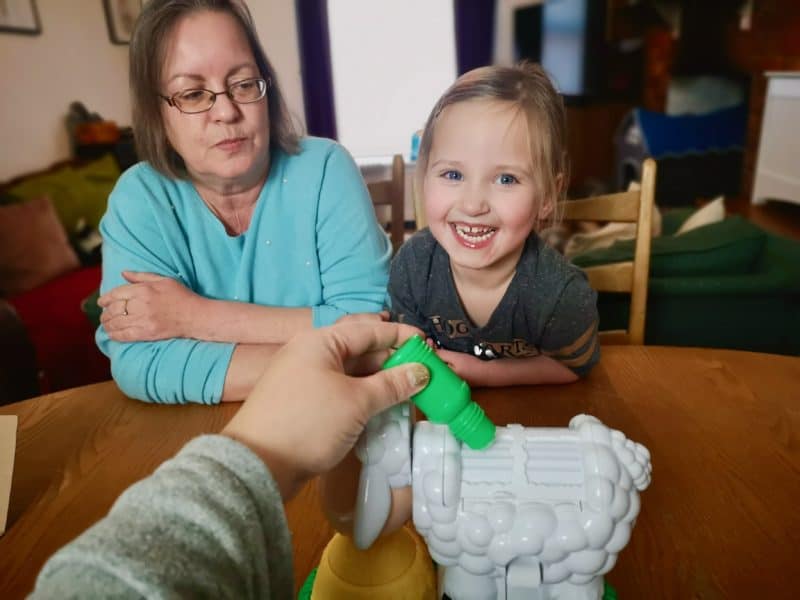 Before being able to play you need to load up the sheep’s back with bubble solution. There are 4 different sections that you need to use the bubble solution on. At first, I didn’t put enough on any of the sections so when playing the game, nothing really happened. It’s important to make sure you use enough solution without squeezing the bottle and using too much. 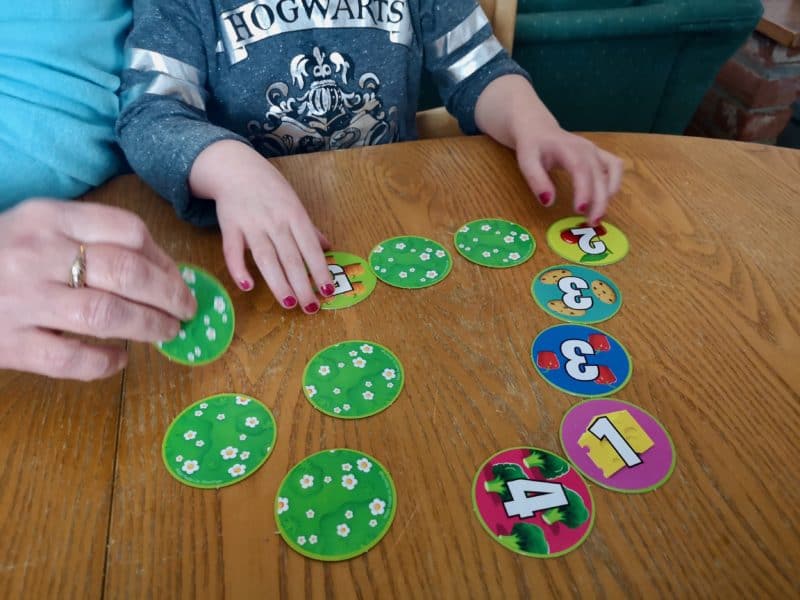 Baa Baa Bubbles also comes with 12 numbered discs which have pictures of food and numbers on them. These need to be popped out of the cardboard they come in before playing the game. When playing the game all of these discs should be placed facing down so the numbers cannot be seen. Players take it in turns to turn over a disc to reveal a number. Whatever the number is that’s how many times you need to feed the sheep (press down on her head). 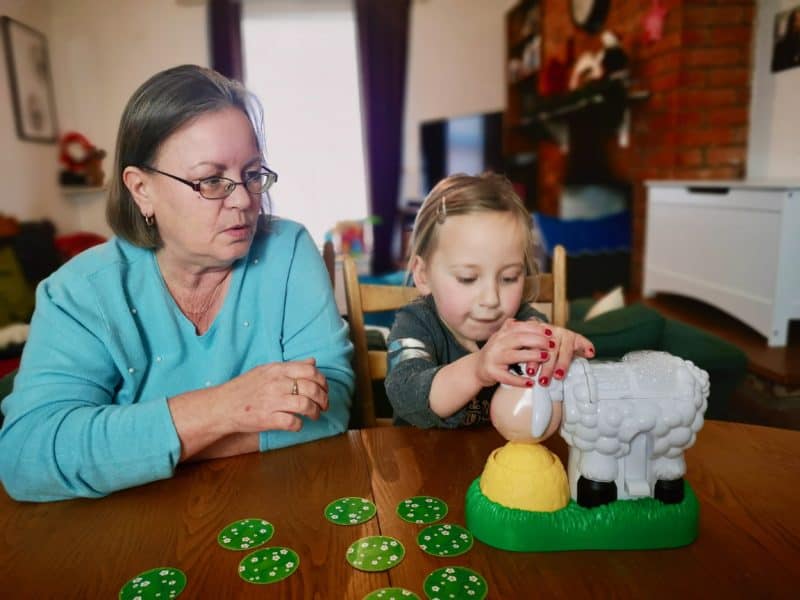 Erin found it a little hard to press down on the sheep’s head on her own. We had to hold the sheep steady while she pressed down quite hard with both hands. Erin was a little disappointed to start with as there wasn’t many bubbles coming out of the sheep’s back but we soon realised that we needed both a bit more solution as well as Erin needing to press down a bit harder. 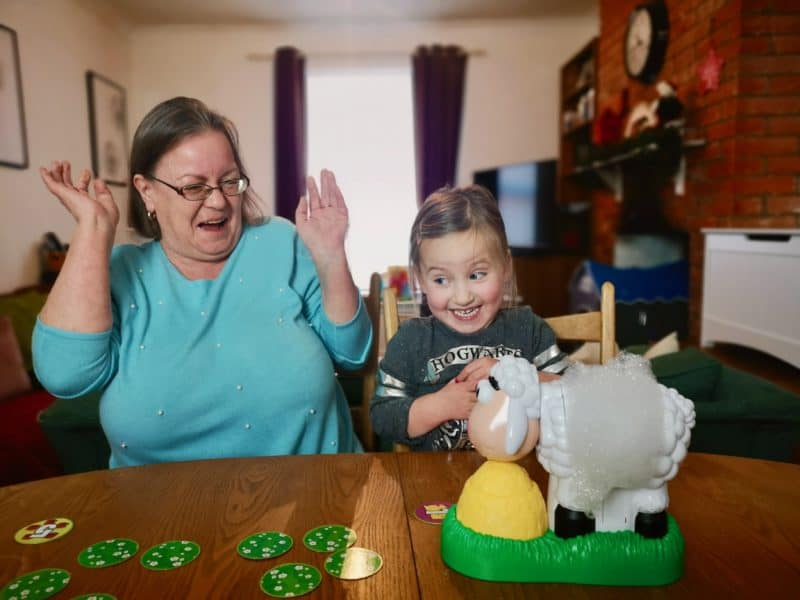 Erin really loved taking turns with the sheep and waiting to see what would happen. It only takes a few goes for the bubbles to really build up and then randomly the sheep will sneeze and they’ll sort of explode a bit. If this happens you’re supposed to put that last counter to one side as you lost that turn. The winner is the person with the most counters at the end of the game. 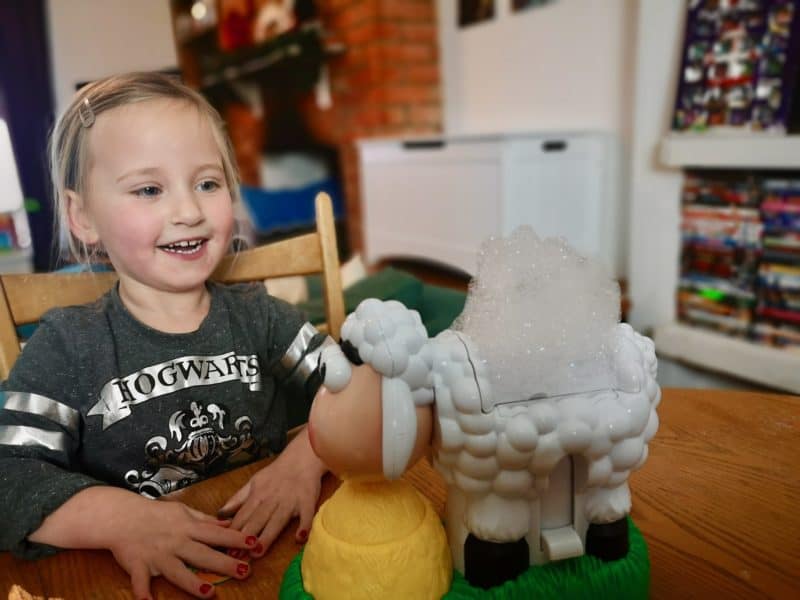 As there are only 12 counters the game can end quite fast if there are more than 2 of you playing. You might only get a couple of goes before all of the counters are used up. I think it would work much better if there had been double the amount of counters just so the games could last a bit longer.

Erin has played this game so much since we first got it and it’s one I quite enjoy playing with her. There aren’t loads of pieces to set up and it literally takes a few minutes to get ready and also to put away again. Baa Baa Bubbles is a really simple game but it can provide lots of fun! 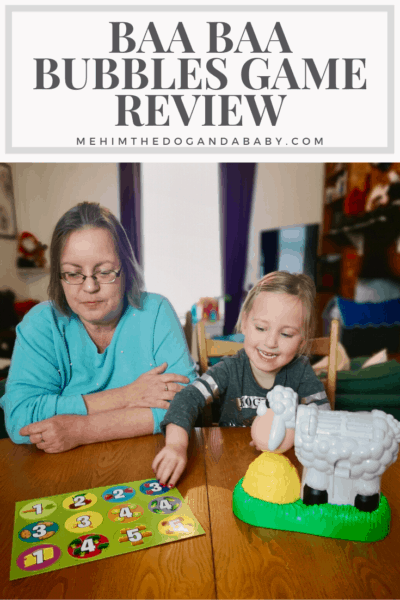