December has been a really quiet month for watching TV. I have been slammed with work, both me and Erin being ill and going away twice. Usually I would watch loads of Christmas things or binge watch a new series if I’ve finished other things. I didn’t do any of that this year though. I did watch Strictly Come Dancing though and was happy with the winner! He really deserved it. Other than that though I might have had the TV on for some background noise but not much else.

I loved the Angelia Jolie film that was released in 2001 so when I heard about the remake I wasn’t sure. I’d seen Alicia Vikander in The Danish Girl but I didn’t really see her as Lara Croft. I’ll be honest, I went into watching this one not expecting much at all but I was really quite surprised with it. The film was a bit too long for me really but overall I quite enjoyed it. This version was really quite different to the 2001 film and I think that’s why I liked it as much as I did.

The Fast and Furious films are a bit of a not so guilty pleasure for me. I did think it was time for the original series to end when it did but I was still looking forward to the spin off. I loved the banter between Dwayne Johnson and Jason Statham and they were great taking on the lead roles. However, I think the film missed that little something special that the original series had. That spark that got me hooked before just wasn’t there. It wasn’t that I didn’t expect the film, more like I just didn’t enjoy it as much as I thought I would.

What did you watch over Christmas? Let me know! 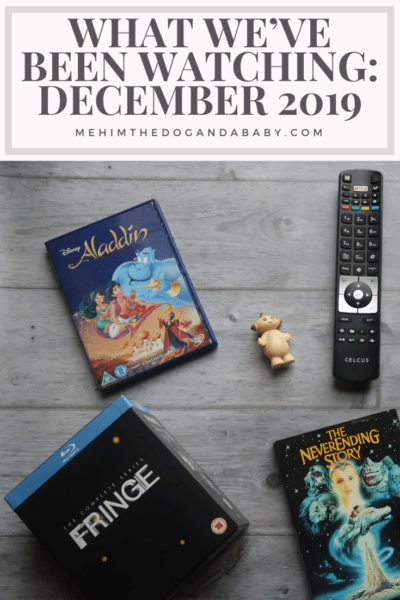