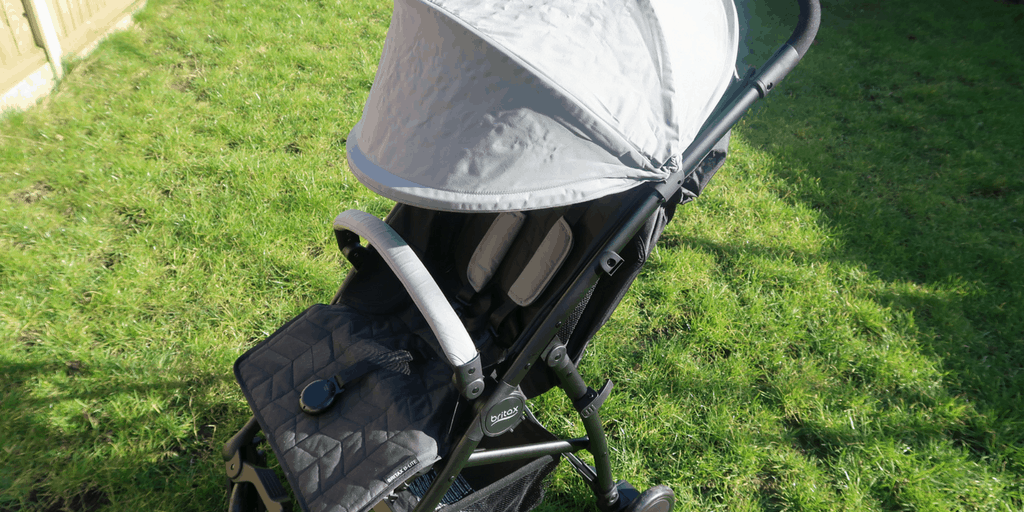 We have been using the same pushchair for around a year now and as much as I like it, it just isn’t perfect for us all of the time any more. Although Erin would try to walk everywhere, we do use the pushchair daily, especially now we have to the nursery runs on three days a week. As neither me or John drive we can’t really cope well with any large or heavy pushchair as I have to be able to get it through the front door, up steps etc. Although we do have a very small pushchair in the Babyzen YoYo+, Erin has sort of outgrown it and I didn’t expect that to happen. We’ve been very lucky to be able to test out the BRITAX B-Lite lately so here’s what we think of it.

To start with, the BRITAX B-Lite is probably the easiest pushchair we have put together so far. After unfolding the main body and attaching the wheels, which click in really quickly, all there is left to do is attach the hood and the front bar. The hardest part really was figuring out how the pushchair folds. We somehow couldn’t find the handle to use to pull up the seat but this was just us being idiots really. Here’s a quick video to show you how to fold down the pushchair!

Once you know how to do it, the fold is actually really easy! It’s nice that the fold is all in one piece too so there’s not hassle of taking bits off before putting the pushchair down. The fold of the BRITAX B-Lite is really quite compact as well and I can imagine it not taking up too much space in a car boot. For us, this means being able to fold the pushchair in a hotel room or on a train and be able to take it away with us without having to worry about the space it takes up.

Something we have struggled with in the past is the height of the handles. One pushchair we had was so low down with no option to extend that John just couldn’t use it! The BRITAX B-Lite has a handle which is a really nice length and you can see from the picture below that John is really comfortable using it. In fact, he likes pushing this one the most out of anything we have had so far. 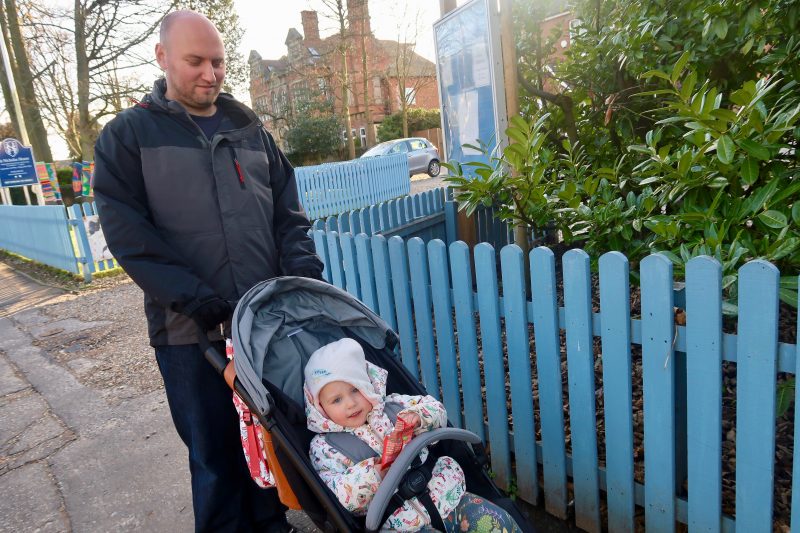 The BRITAX B-Lite has a really nice and spacious seat. In the Babyzen YoYo+ Erin doesn’t have much space at all and she tends to slouch because the back of the seat isn’t straight up enough. This isn’t the case at all though with this pushchair and I find that Erin sits up really well in the BRITAX B-Lite so I don’t mind having to be out and about for quite some time if we need to be. There are also mesh panels at each side of the seat which will help to keep Erin cool when the weather eventually gets warmer. 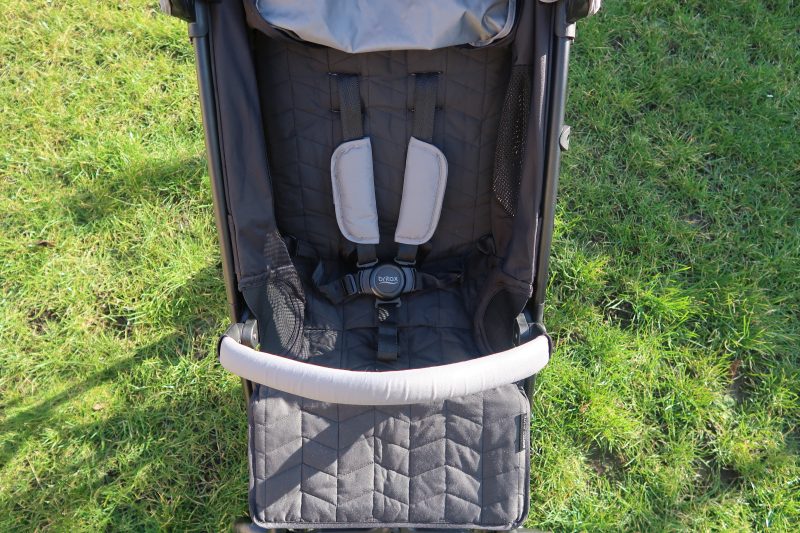 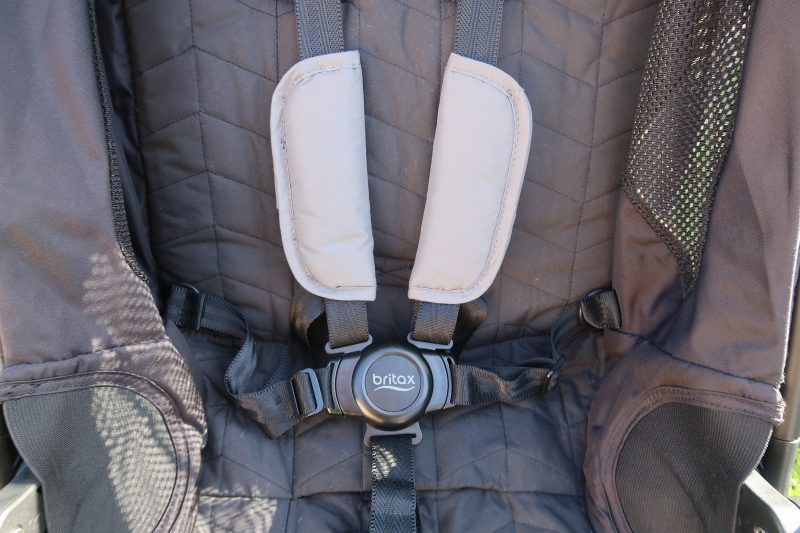 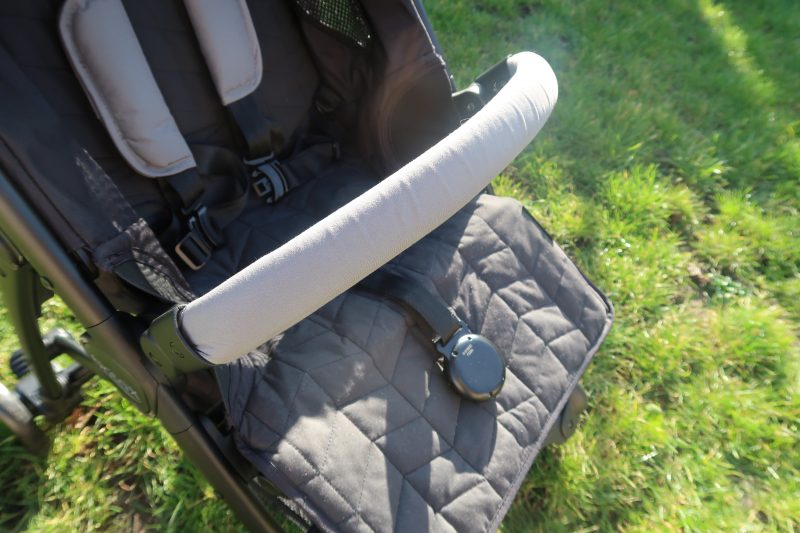 As we go out for some long days sometimes, Erin tends to nap in the pushchair quite often. The seat on the BRITAX B-Lite reclines completely flat and is easily lowered or raised again. Erin can go from being sleeping sat up to laying down in complete comfort in a matter of seconds. Due to the size of the seat, Erin also has room to have a wriggle around if she needs to and really get comfortable. 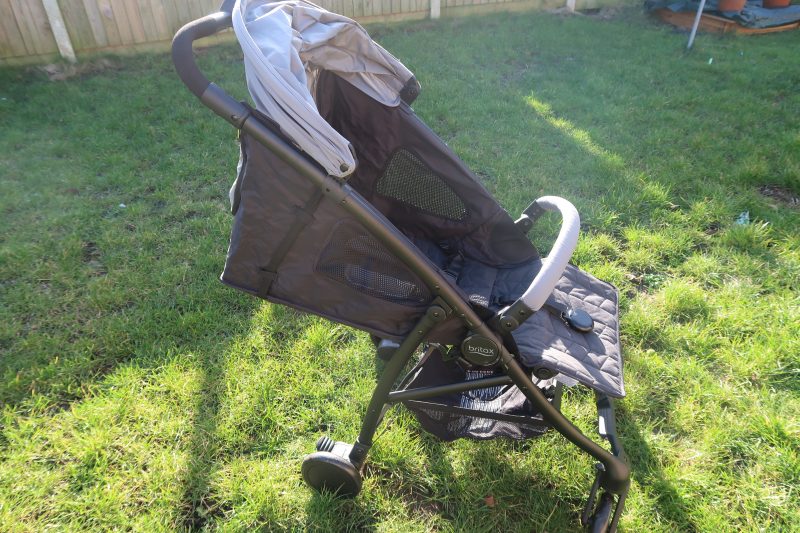 Some issues we have had before with pushchairs is that the hood is no where near big enough. The BRITAX B-Lite has a really lovely, large hood and also protects children from the sun with UPF 50+. The sun has sometimes bothered Erin too much to allow her to sleep but this hood stops those problems completely. The hood also helps to provide cover from light showers although a full rain cover can be purchased separately. 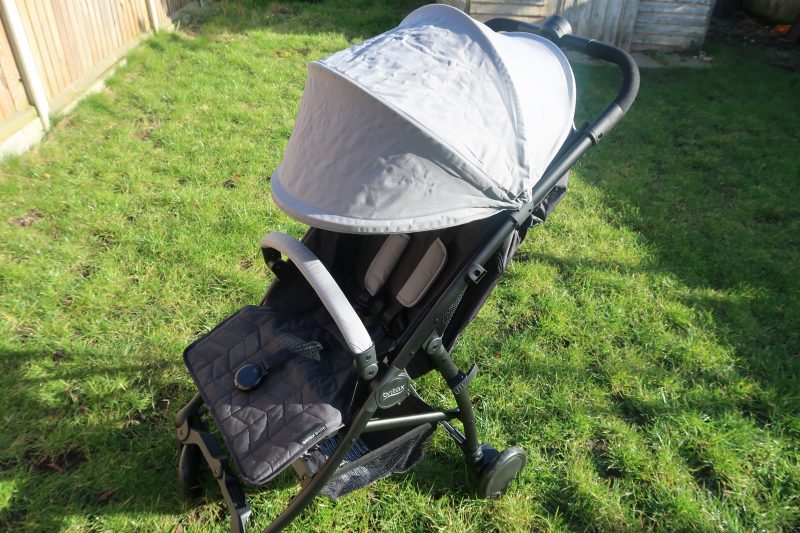 My biggest issue with the BRITAX B-Lite is the shopping basket. As a family who don’t drive we go to the supermarket on a regular basis and don’t often do massive shops. However, I need to be able to fit things like bread, Erin backpack and other shopping bags in the basket. If Erin has the adjustable calf rest down then it’s pretty hard to access the basket from either side due to the cross at the back. 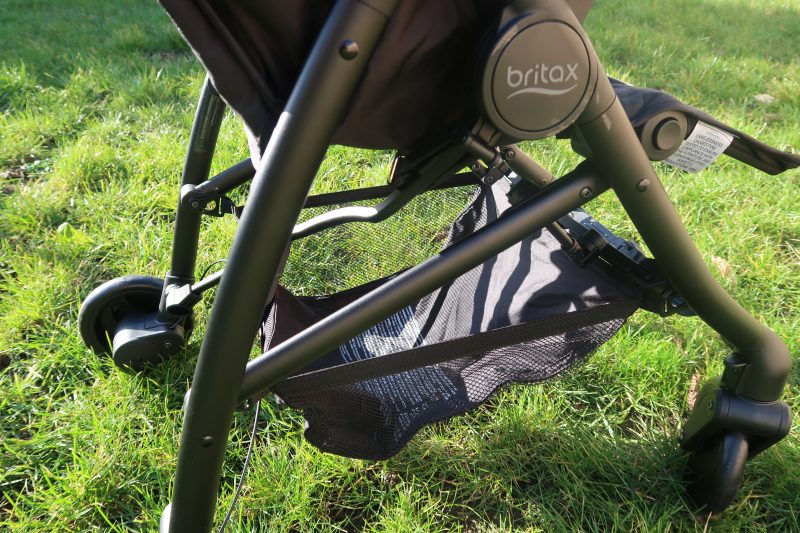 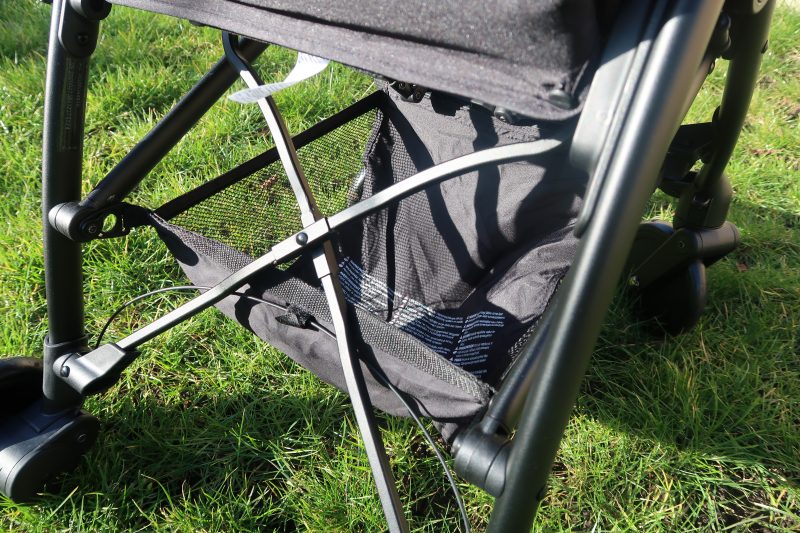 Overall, the BRITAX B-Lite is a really lovely pushchair. It folds down nicely and is also lightweight and easy to push around. It suits our family really well and it will be great for going away which we are doing a few times this year. The BRITAX B-Lite comes in 4 different colours which are steel grey, cosmos black, coral peach and lagoon green. I love our choice of the steel grey because it’s neutral but still a lovely colour. For £180, this is a really lovely pushchair, which can also be turned into a travel system if needed!

Fancy a video review instead?

Disclaimer: We received the BRITAX B-Lite for the purpose of this review. All opinions are our own. 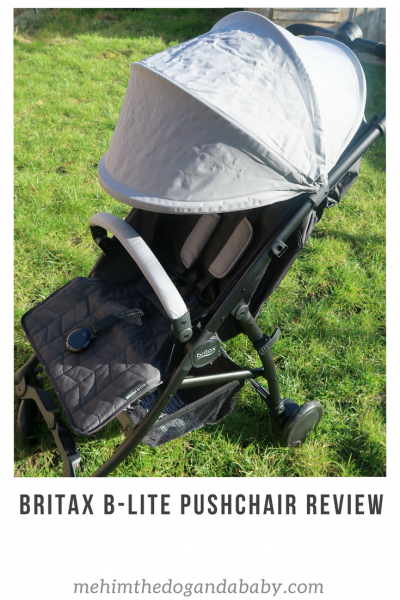