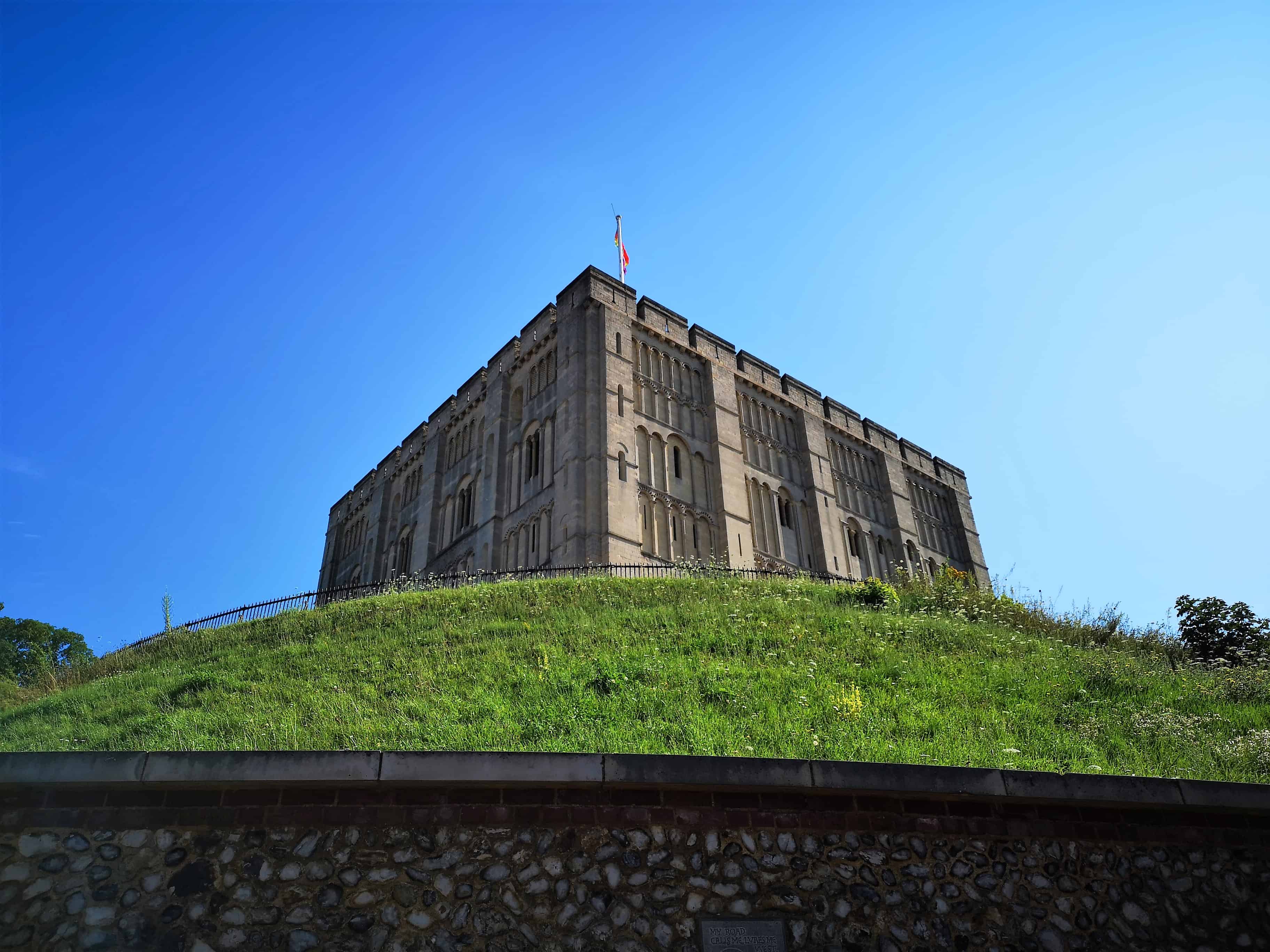 Living in North Norfolk nearer to the coast we sometimes forget how much there is to do in Norwich. On Monday we invited to a press event at Norwich Castle to discover their summer holiday activity for 2019, ‘The Legend Returns’.

Our day started off with a really lovely breakfast of warm chocolate croissants and drinks while getting to chat to other bloggers that were also attending the event. We took this opportunity to grab a table with Chloe from Just The Three Of Us and her lovely children Mia and Theo. We’d already met before but hadn’t seen each other for a while (longer than it should have been) and all of the children loved being together and getting excited about the day ahead. 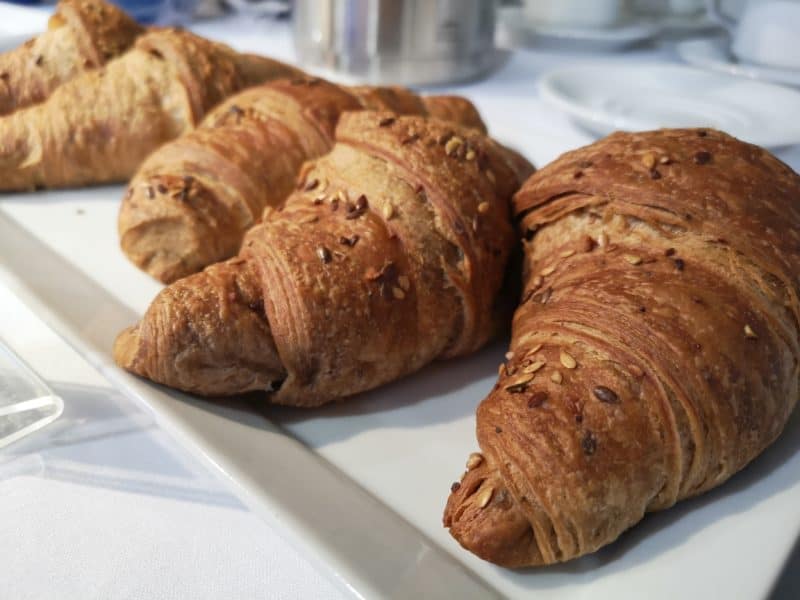 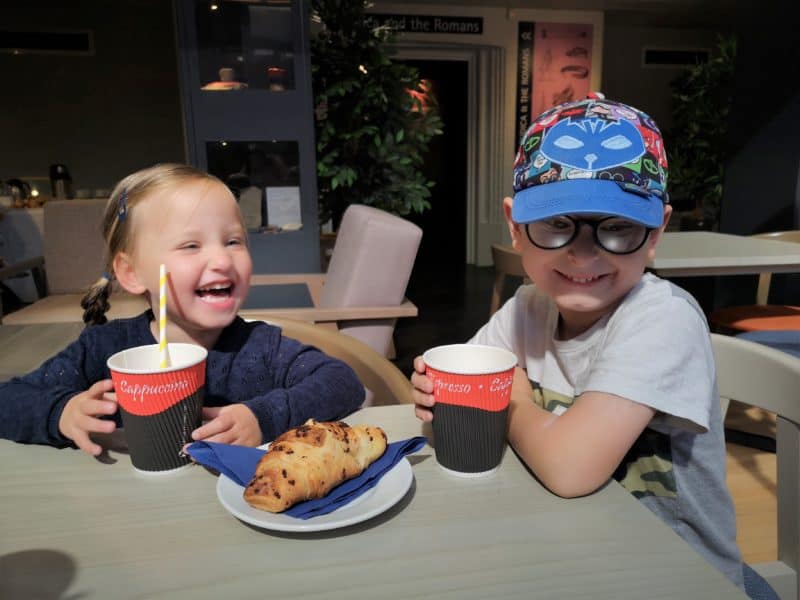 After breakfast we headed off to the castle’s keep where crafts were laid out for everyone. The children got to colour in and make their very own Viking helmets to take home. Erin wasn’t that bothered about the colouring in part but we still got to make one for her and she wore it for a large portion of the rest of the day. The castle’s keep was a really cool place and Erin loved looking down in the wells, standing in the spaces in the walls and talking about what the castle was for. 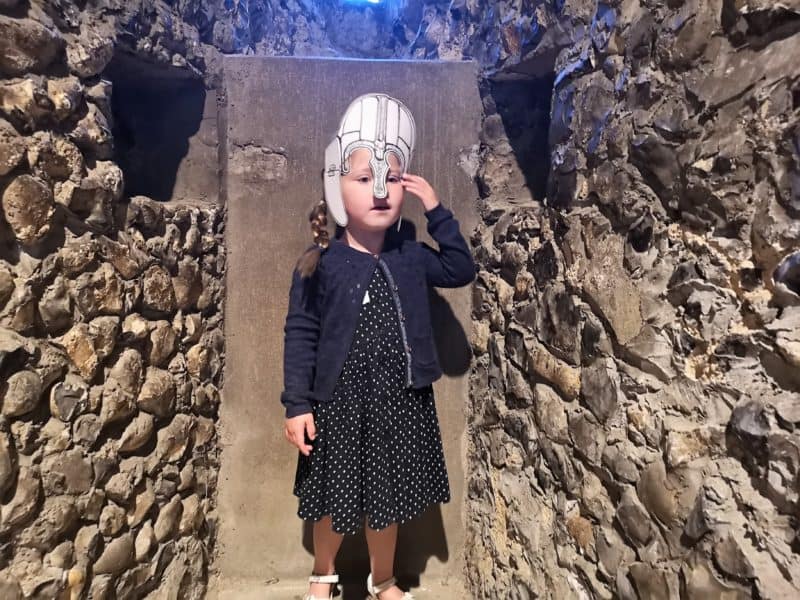 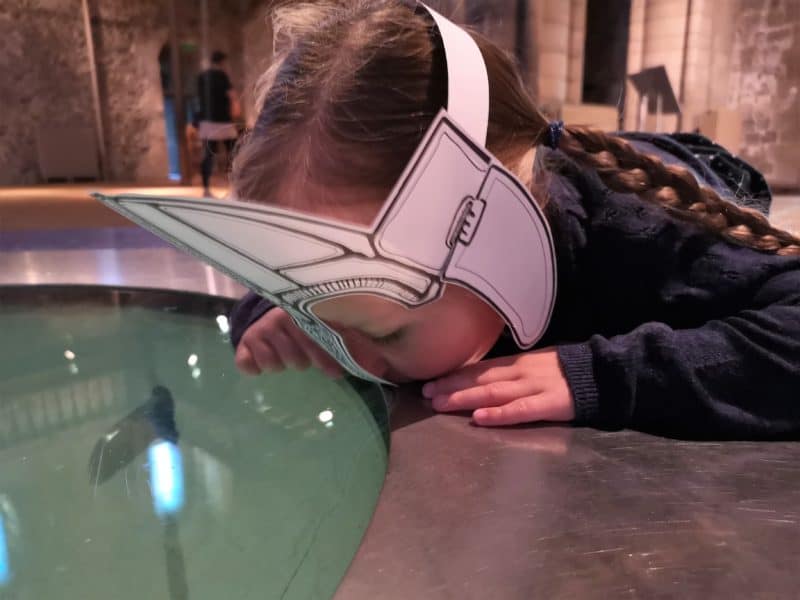 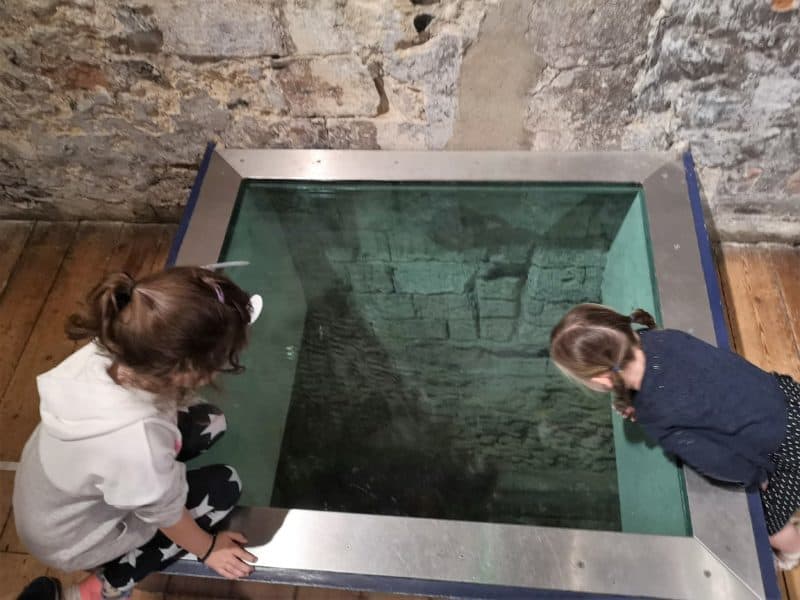 After making our Viking helmets we got to look around the Viking exhibition and take part in a trail. Even though she can’t actually write, Erin was adamant that she wanted to write all of the answer in herself and was in her element walking around with a clipboard. We got to look at all different kinds of artefacts and Erin was especially taken with the chest that contained a whole body of bones! 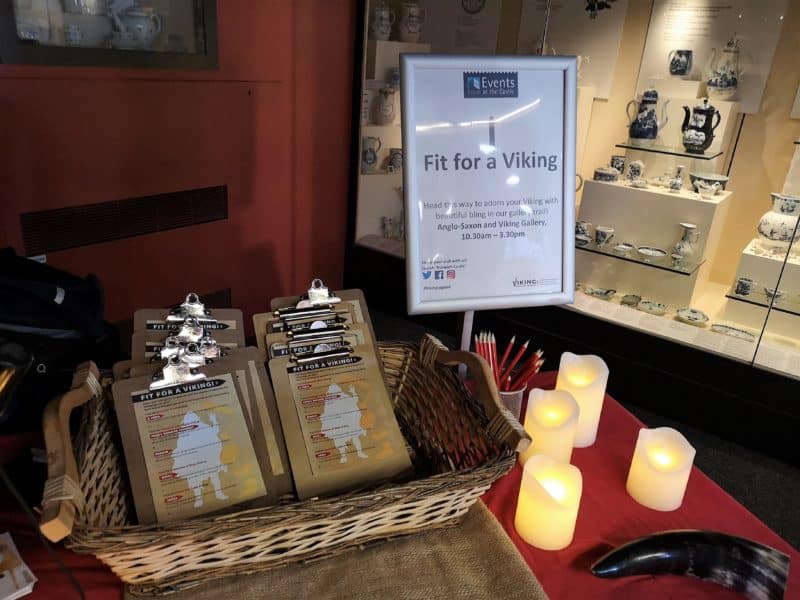 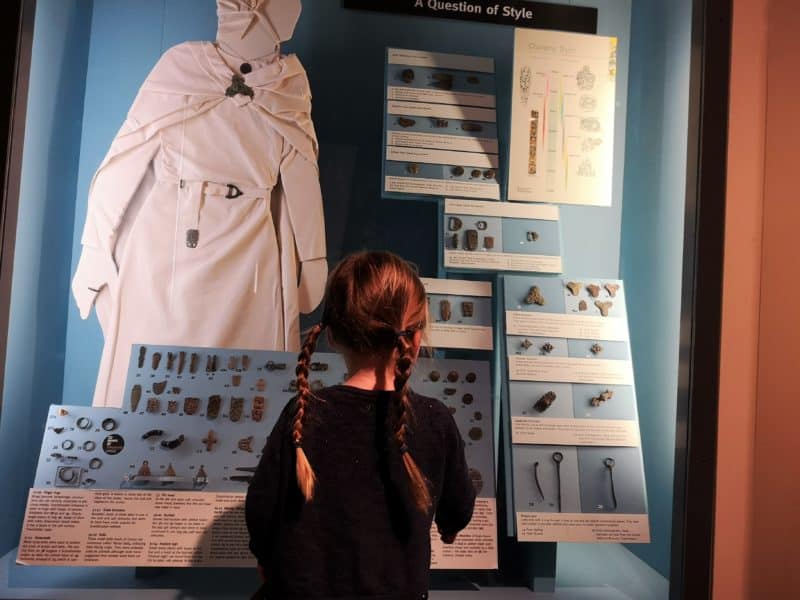 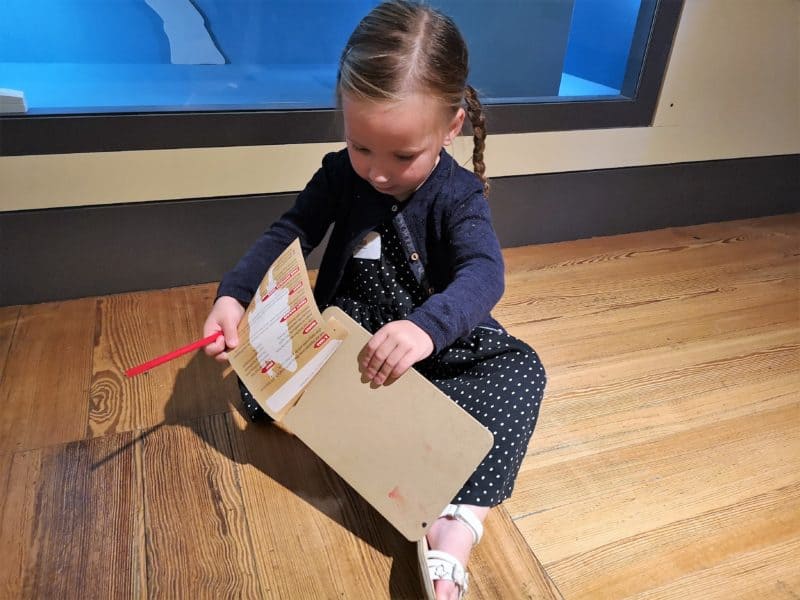 Our next activity was a storytelling session with Freya who told us old Nordic takes and spoke of Viking gods! Erin loved sitting around the story circle and hung on to every word that Freya said! The session was quite small and intimate so the children really got to listen to the stories and have space to get comfortable. Freya was so theatrical and animated and she was fantastic at getting the children excited. 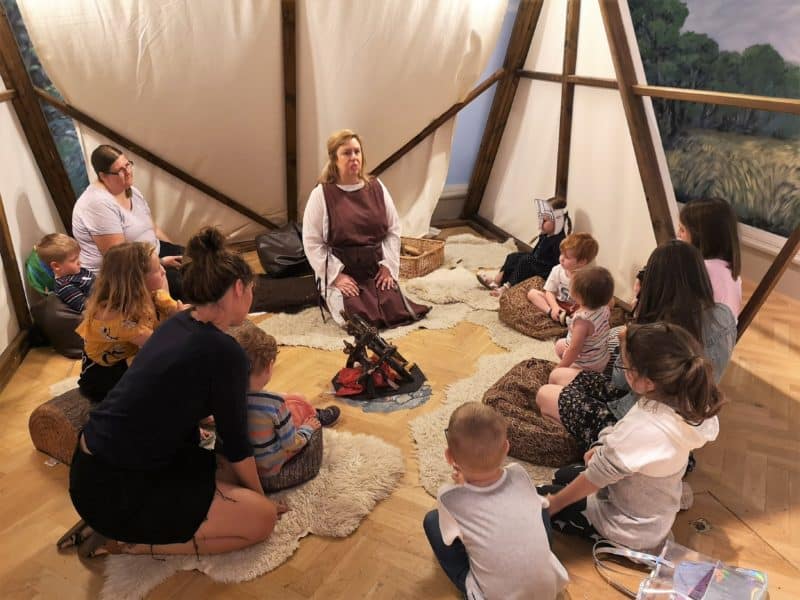 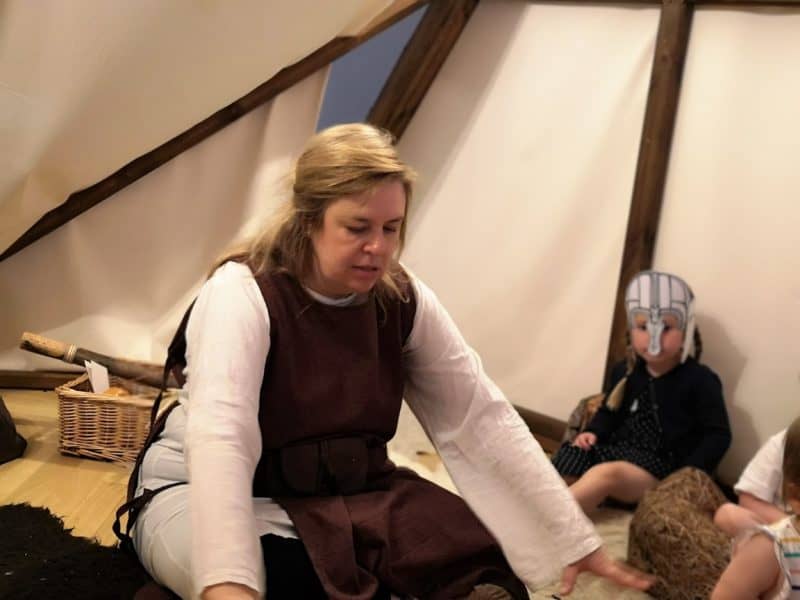 One of our favourite parts of the day was making a stop at the Viking Selfie Station. The children were in their element dressing up as Vikings, especially because they all got to have hammers and cool helmets. Trying to get a decent picture of the three of them together was no easy at all but they were all having so much fun that it really didn’t matter. John and I also joined in but Erin was more bothered about bashing us with the hammer than anything else! 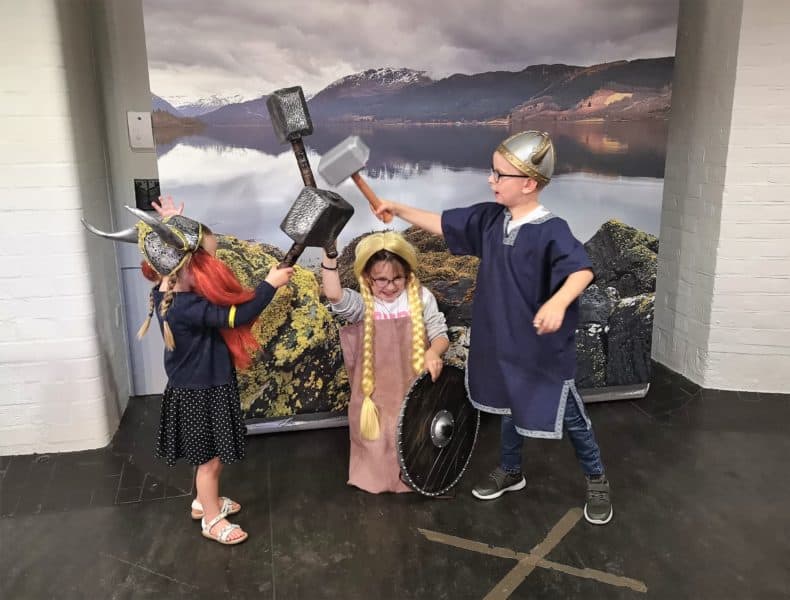 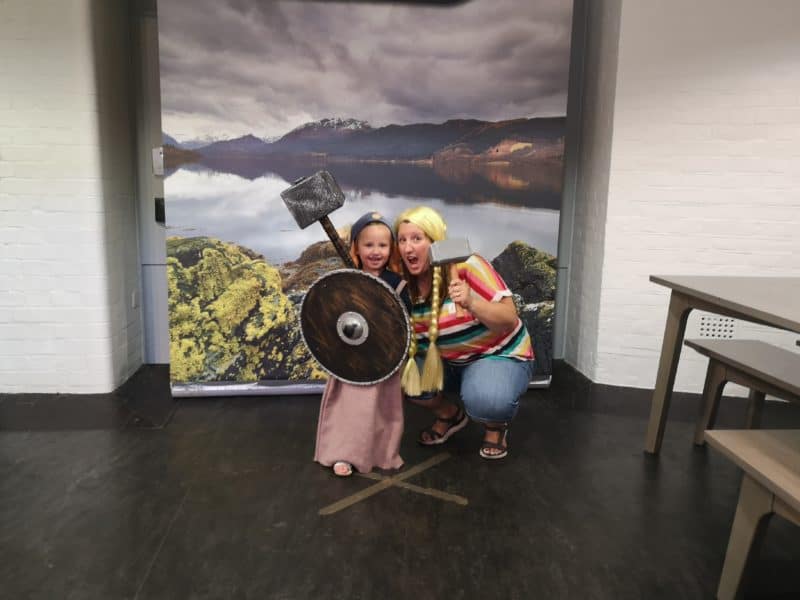 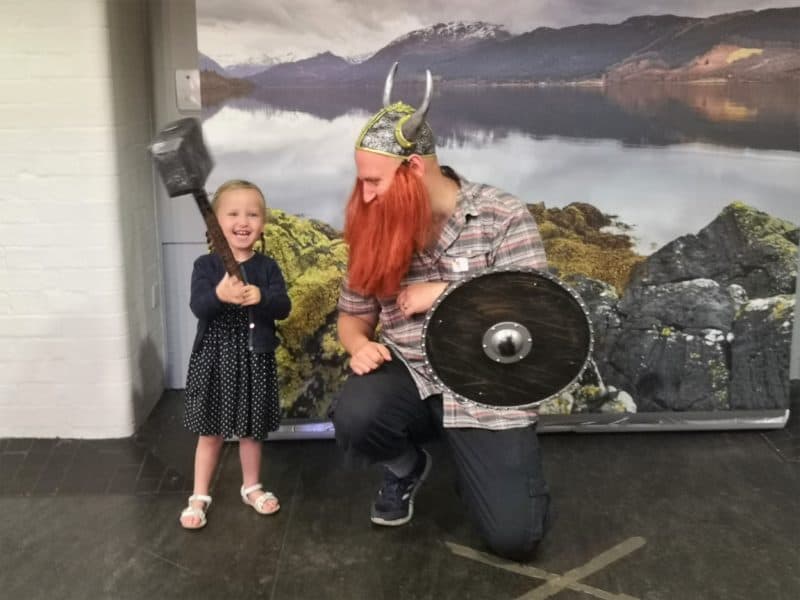 Before the event finished we had a really lovely lunch of rolls, crisps and chocolate brownie and the staff had made up great lunchboxes for the children! Erin was really glad for a sit down and a bit of a break at this point because she’d been going non-stop since we arrived 2 and a half hours earlier! Erin was so tired after lunch that we decided to head home although we could have stayed to look around the rest of the castle if we’d had time.

We’re already planning our next visit because we all had such a fantastic time and there’s so much we didn’t get the chance to see.

Find out more about what’s on at Norwich Castle here. 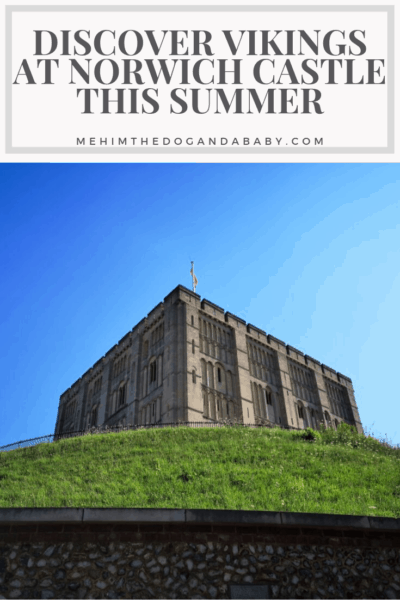 9 thoughts on “Discover Vikings At Norwich Castle This Summer”