AD: I previously worked with EatWell-UK who provided a discount to purchase these boxes.

Erin has packed lunches each day that she’s at nursery and we use various Yumboxes as her lunchbox. The compartments keep each item of food separate and it means we can give Erin a range of foods in the right portion sizes. Each month I’ll be posting Erin’s lunches to hopefully give you some inspiration. She isn’t the most adventurous with food though so these ideas are great for picky eaters too! 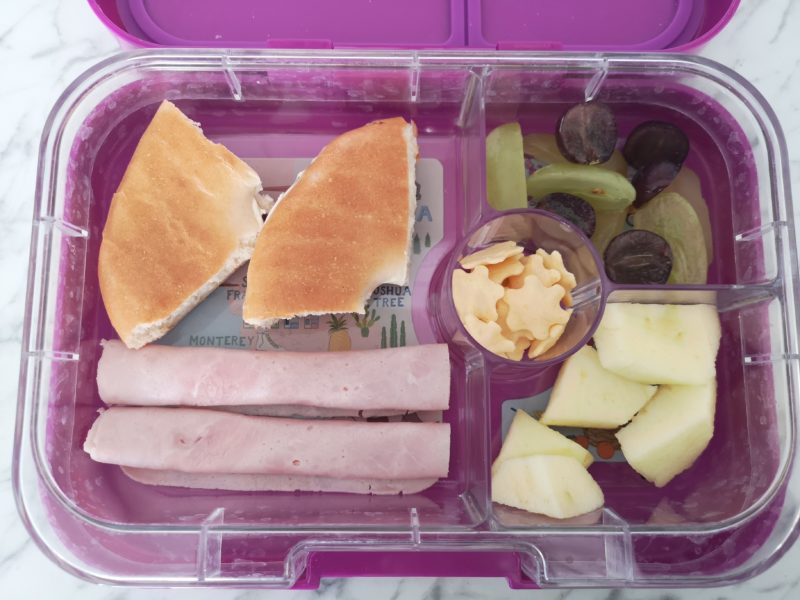 February has been a very short month for packed lunches. Not only is February a short month anyway but with the addition of half term it has meant less lunches than normal. This month we’ve been quite low on money so I tried to use up bits and pieces we already had in which is why these lunches aren’t very varied. Hopefully I can make them a bit more interesting next month.