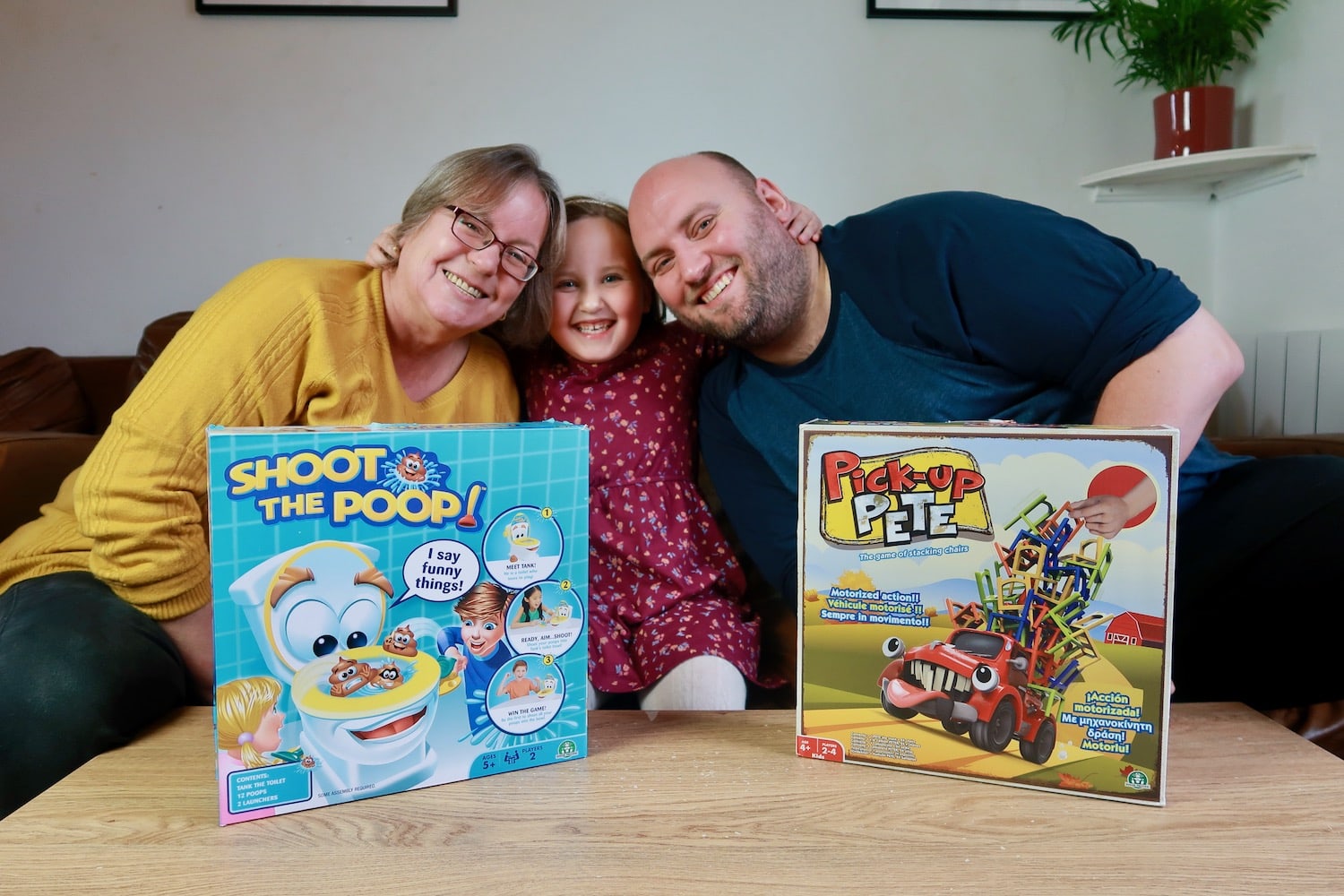 Erin is nearly 6 and starting to stay up a bit later on an evening, especially on a weekend. She wants to stay up longer and do things that we might do when she’s gone to bed. A great place to start was with a family games night that was suitable for everyone and we started with some great games from Flair.

Of course, Erin wanted to start our games night with Shoot the Poop! What 5 year old wouldn’t want to play a game like this? Kids this age especially love anything to do with poop and toilet humour and Erin was super excited to see what we had to do.

Shoot the Poop! is a 2 player game so if you’re playing as a family you might have to take it in turns. The game takes a small amount of setting up as you need to put the toilet together but that only takes seconds really. Each player will have their own poop launcher and 6 pieces of poop, which come in 2 different colours.

Figuring out a good distance to put the poop launchers can be a little bit tricky the first few times you play the game. You can alter this depending on who is playing and how hard they find the game. We started with the launchers quite far away but it was clear that they were too far away for Erin so we had to move them a bit closer.

Pick-up Pete was the second game we played and this time it was for 2-4 players and recommended for players aged 4+. Pick-up Pete requires 2x AA batters which are not included so you’ll need to add these before you can start playing.

Pick-up Pete’s truck moved around in a circular motion on whichever surface you’ve decided to play on. This is much easier on a flat surface such as a table but you also need to make sure there is enough space for Pick-up Pete to move around without crashing into anything.

Pick-up Pete comes with 4 sets of chairs in different colours; green, red, blue and orange. Players can either pick a colour each to play with or you can share them out equally. The aim of the game is for players to stack up their chairs on the back of Pick-up Pete as he moves around and the person to get rid of their chairs first wins. However, if you make the stack fall down then you’re out of the game.

We tried playing Pick-up Pete in nice, clam turns but that really didn’t work out very well. Instead, we all just waited until the truck came our way and tried to add as many chairs to the pile without it all toppling down. It’s such a fun game that will have everyone scrambling for their chairs and hoping for the best as they place them on the truck.

Games nights don’t need to be just for the grown ups so be sure to get the kids involved next time. 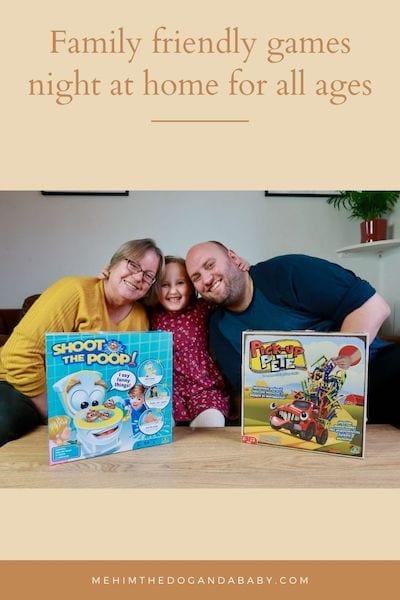