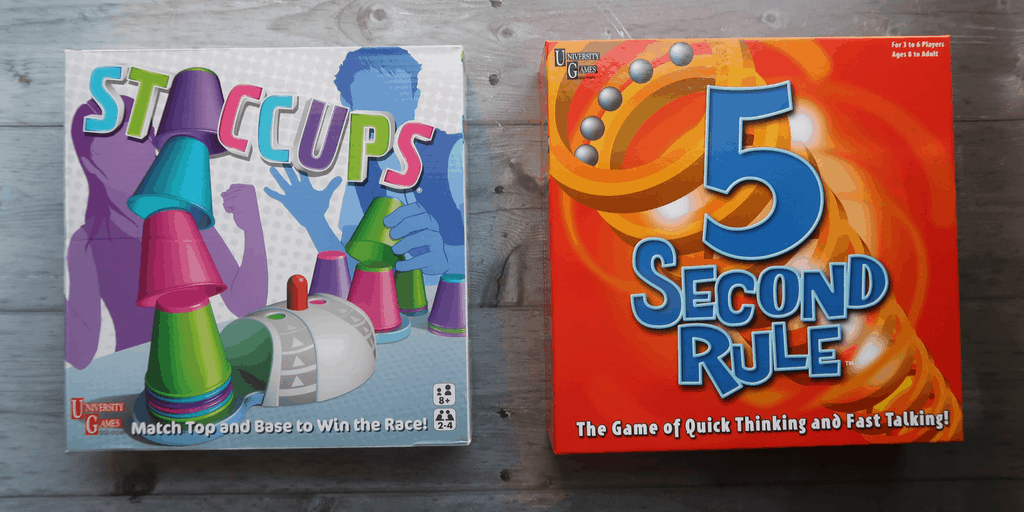 Living in Norfolk means being away from family so often have people over to stay, whether it be for a couple of nights or a week at a time. We love to find fun things to do on an evening once Erin is in bed and University Games have some fantastic options for a having a games night at home.

When I attended Blog On, a blogging conference in September I was introduced to Staccups, which I had SO much fun playing. I got so competitive that the whole game ended up on the floor and us having a rematch… which I lost! 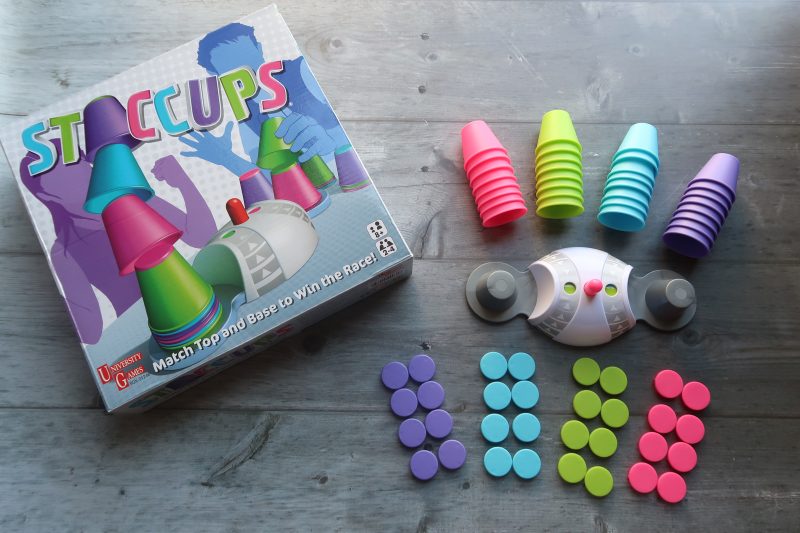 Staccups is a game of both speed and skill. Players start the game with the same amount of coloured cups, each of which has a different colour on the top. The aim is to get all of your cups on the podium stand before the other player… but they have to be done in a certain way. The podium stand is the starting point for the game as there is a button to press in the middle and this decides which colour cup you need to start with. Once this cup has been put down, you have to then put down another cup that matches the colour on the top of the 1st cup. Sounds a little complicated and it actually took me a couple of trial goes before really getting what I had to do. If you get to a point where no colour cup can be put down, you can then press the button again on the podium stand for another colour. 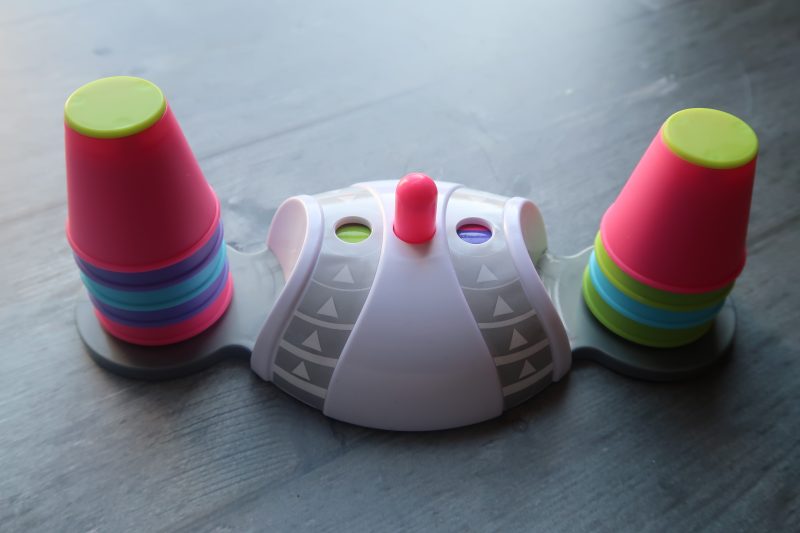 The colours are actually a bit confusing and this is where you could end up going wrong. Instead of looking at the colour on the top of the cup I sometimes panic and pick up the wrong one or really, anything I can grab! Our game has ended up on the floor plenty of times… can you imagine what I get like with Monopoly?!

Staccups is so much fun and fantastic for a family night. While John and I love playing when it’s just the two of us, more people can make a real tournament to see who is the Staccups master!

Another game that I love is 5 Second Rule. I first saw this on the Ellen (DeGeneres) show where she plays with celebrities. This is such a simple game and while we have the regular version, there is also a junior version available too if you’d like to play with children. 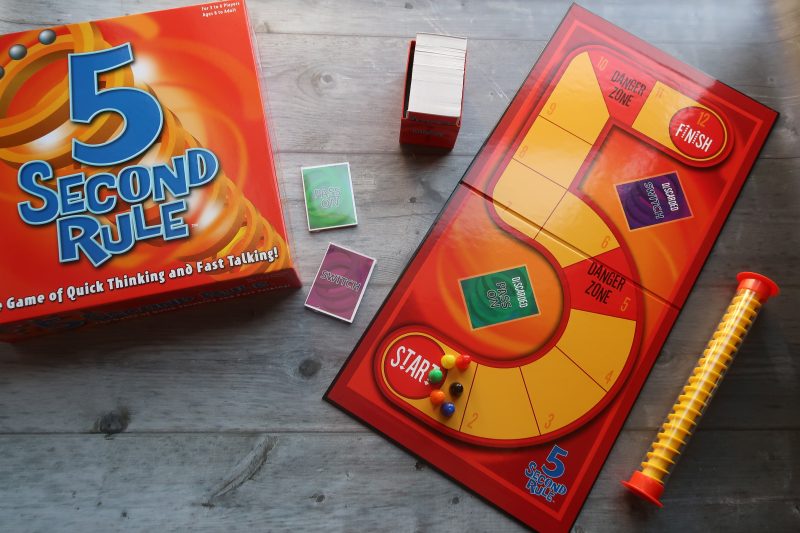 So, just to give you an example of the categories you could be faced with, here are a few examples: 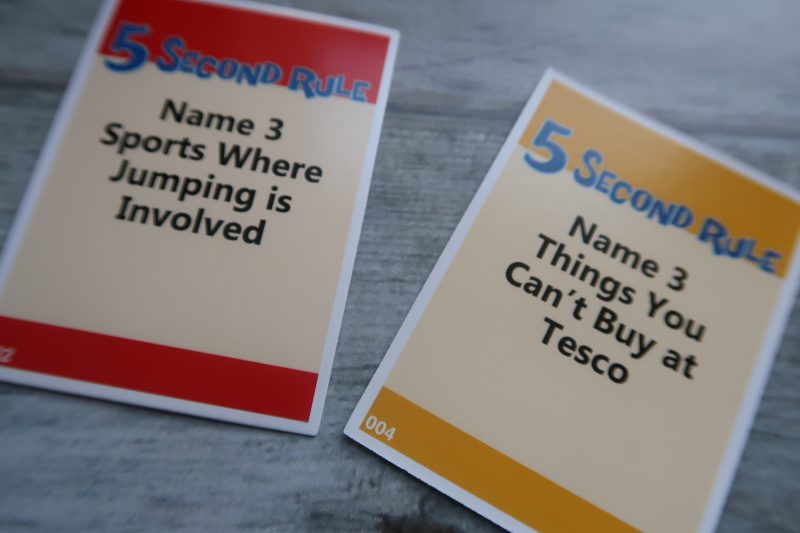 As you can see, some categories are a lot easier than others. There are definitely some that I am going to get really stuck on and I think it’s going to be really fun to see what other family members come up with. I can’t wait to play this one at Christmas!

University Games have some really fun games for everyone to play and there are so many options so you’re bound to find a game you’ll like.

Do you like playing games with your friends and family? What is your favourite?

Disclaimer: We received these items for the purpose of this post. All opinions are our own. 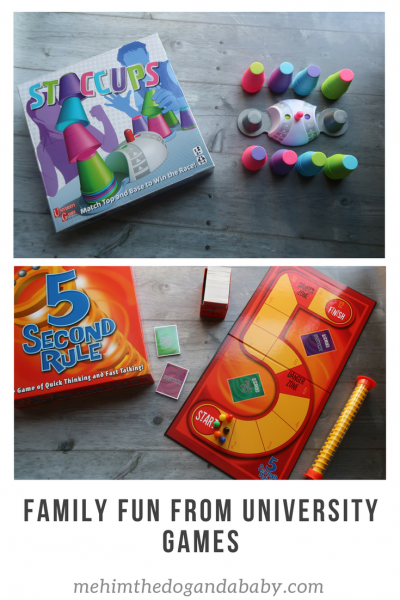