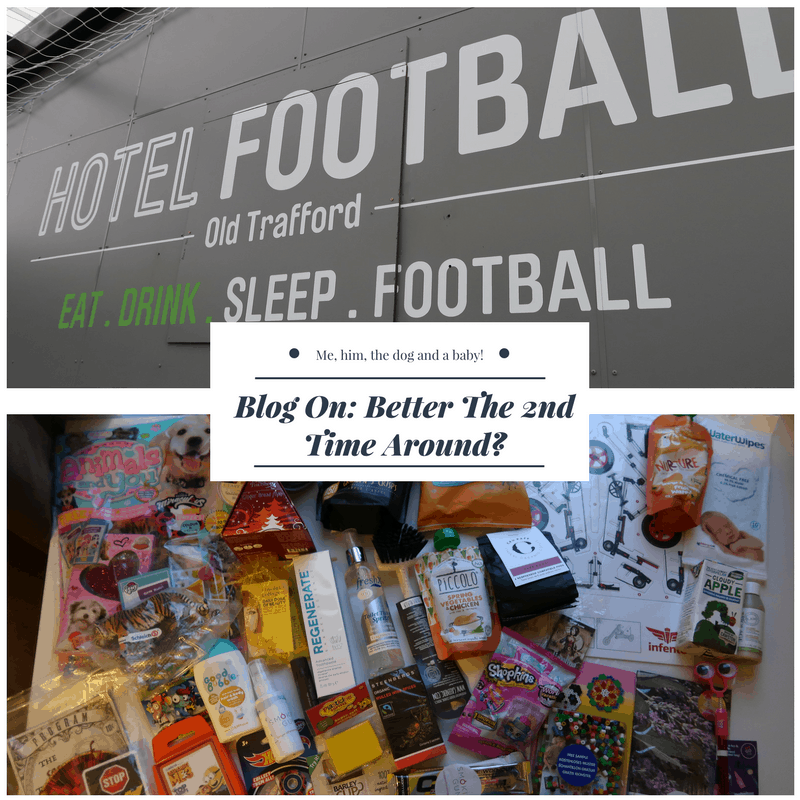 Back in May I went to my first ever blogging conference and I loved every minute of it. I didn’t think I was going to be able to go to the second Blog On Conference of this year though because at the time tickets were released, I had a job that I couldn’t get time off from. However, things have changed and I now work from home. I was lucky enough to get a ticket to Blog On Xmas while being on the waiting list.

I headed off to Manchester on my own this time and it was really strange not to have John and Erin with me. I thought I would be really happy to have a whole weekend away to myself but when I got to my hotel and settled in I had a bit of a cry. I realised I was really on my own Saturday to Monday and I missed them already! However, I couldn’t just sit about as I’d arranged to go out for dinner at TGI Friday’s with some other bloggers, all of who I had never met before. I was being majorly brave! I had such a fantastic time and big thank you to Jade from Raising the Rings, The Parenting Trials, Lamb and Bear and Hannah from Budding Smiles for making me feel so incredibly at ease and welcome.

On the morning of Blog On I had arranged to meet up with Natasha from Serenity You to get the tram to Old Trafford together. Again, another blogger I had never met before but we had both never got the tram before and we were also staying 2 minutes away from each other. It was so nice to get to chat to someone new in a less manic environment. We also headed back together after the conference so that was also some really nice to do as we got to have a catch up after the event.

This time Blog On was held at Hotel Football which is right across the road from Old Trafford. If you’re a Manchester United fan, you would have been amazed at the views. As the event was in a hotel, a lot that was going on was split on to different floors. There was a Christmas market where we could meet brands on one floor, food and the toy awards on another as well as sessions being run in various rooms. Honestly, I found it all really quite confusing. I couldn’t remember what was where, apart from the Christmas market and I couldn’t remember how to get to some of the rooms for the sessions. 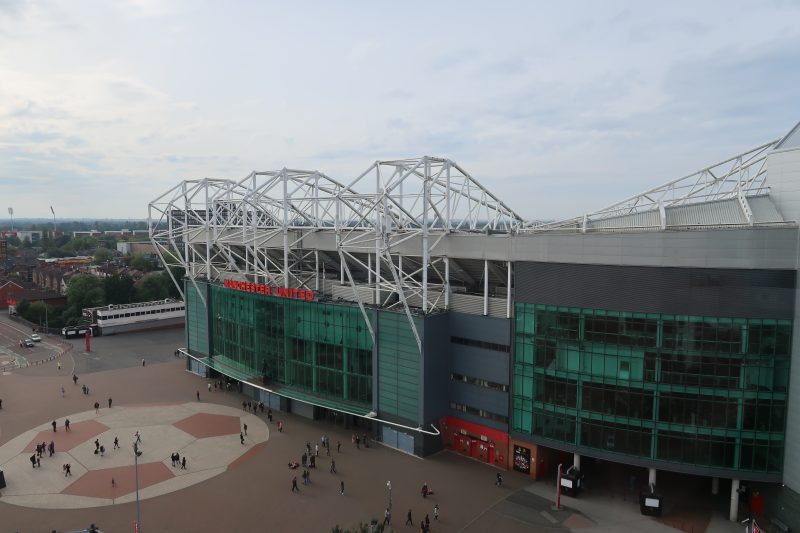 I very quickly found some of my good friends Katy from Katy Kicker and Chammy from Chammy IRL. After having a chat and a drink we headed down to the Christmas market and were amazed to see two elves on stilts and the Grinch. It really did make me so excited for Christmas. Here, we could chat to brands, talk about products and generally have fun. We actually ended up missing the Key Note session because we couldn’t figure out how to get back to where it was. Ooops. 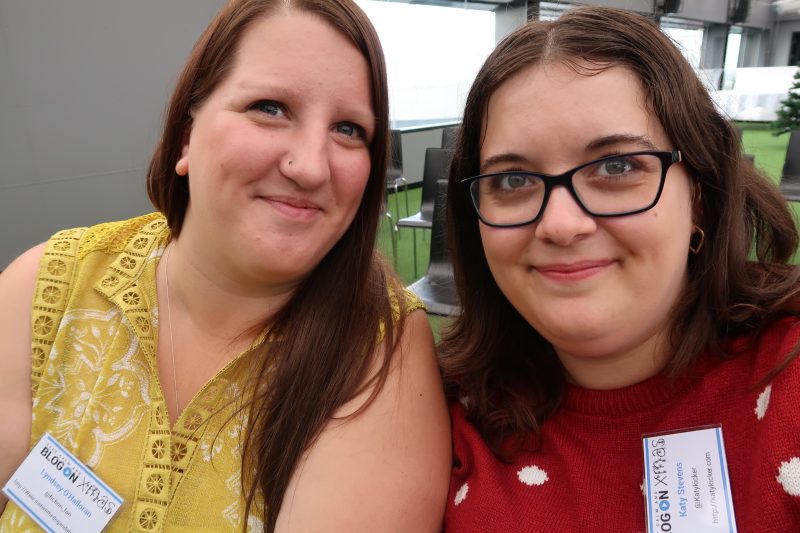 We did manage to make the first session though which was Confidence Building with Lee Furness. Lee is a coach for public speaking so it was great to get some tips on talking to new people and how to put yourself across. He also spoke about how to make yourself more confident for public speaking and gave us loads of tips, including a live demonstration and practice. I wasn’t sure what I was going to get out of this session really but it did make me realise that actually, I’m okay going to talk to people I don’t know or haven’t met before and maybe, I actually have a bit more confidence than I thought I did. 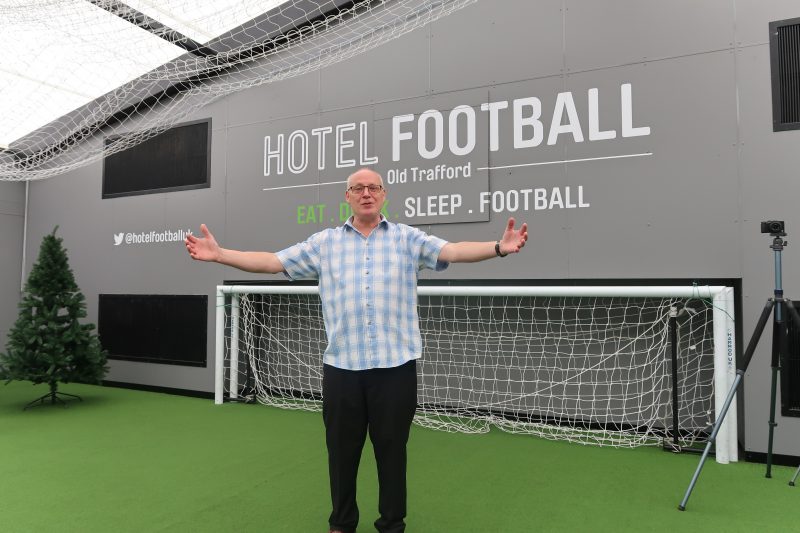 In the same room afterwards was our second session which was Content Planning with Grace Hall (from Amazing Eats). I love Grace’s blog and she makes me want to buy awesome lunchboxes and make fun things for Erin so I was really looking forward to her session. Grace spoke about how to stretch your ideas to create more content and talked us through how to create the right content for the readers of your blog. I found this session so informative and helpful. There were also loads of props to get us thinking and to give us some inspiration. Oh, and Grace brought chocolates so that was also pretty cool. I know that this was Grace’s first ever go at public speaking because we were in the first session together and I didn’t think she seemed nervous at all, even though she said she was terrified. 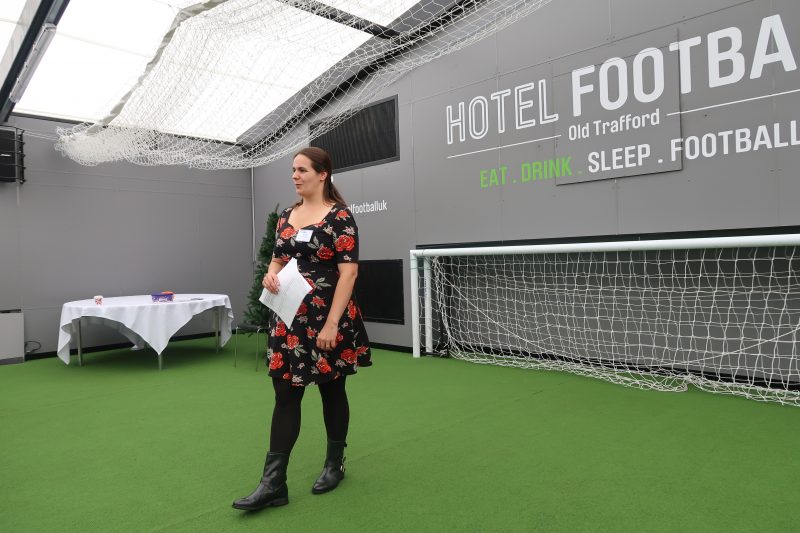 For me, the Christmas market was the best thing about Blog On this time. Laura, the organiser put in soooo much work and it was amazing. I got to chat to some PR companies I had worked with previously so it was really nice to put faces to names for both of us. I also got to meet some new people and talk about some fantastic looking products. The whole thing was fantastic. You’ll be seeing posts from me all over social media soon showing off the amazing goodies I picked up on the day but this is an idea! 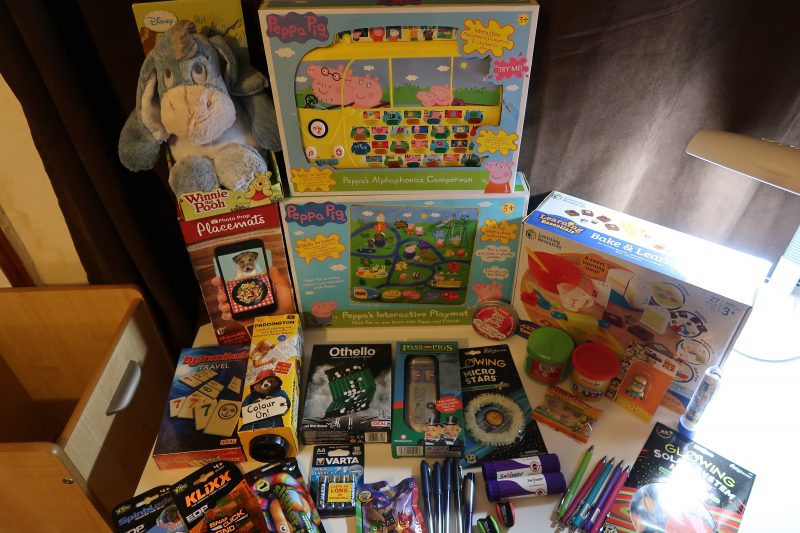 Both breakfast and lunch was served at the conference this time around. Me, being the super picky eater that I am didn’t have any of the Christmas themed lunch but it did look amazing! There was pulled turkey sliders, pigs in blankets, mince pies etc and it did look really nice. Laura had arranged for plain sandwiches too so I was pretty happy with a plate of ham sandwiches and one turkey slider!! I wish I’d taken some other photos of the food because it really did look nice. 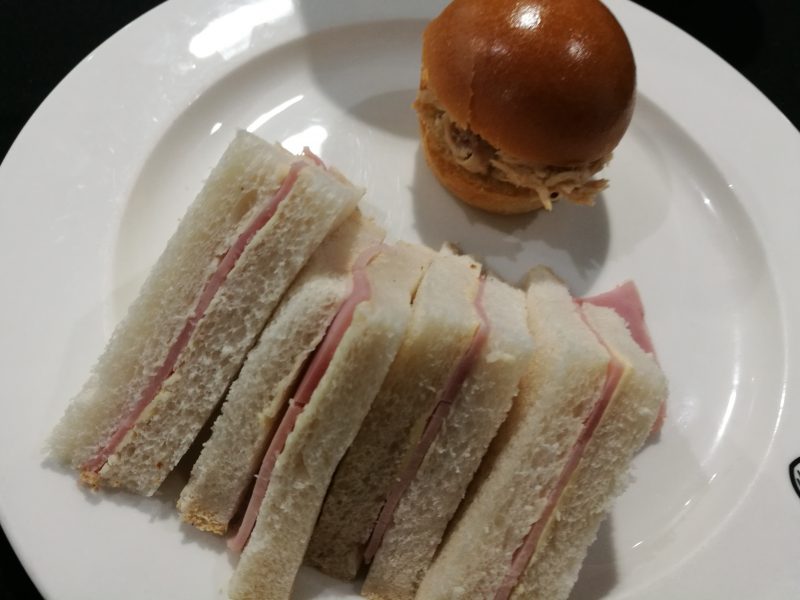 Toy Awards and The Raffle

The raffle and the toy awards were part of the same thing. The toys submitted for the awards were there and available for us to look at and vote for throughout the day. There were also up for grabs in the raffle at the end of the toy. All of the ticket proceeds goes into a charity fund so I always make sure to buy some! This part of the day was absolutely manic. 200 bloggers were kind of crammed into a not big enough room so it got hot and loud very quickly. However, Laura did amazingly well at keeping everyone where they should be and calling out winners in a great way. I didn’t actually end up winning on the raffle this time but Katy got Erin a toy with one of her winning tickets because she’s super nice like that!

After a very long day, I was very ready to head back to my hotel for a rest and to chill out! At the end of the Blog On day we were given our goody bags and I attempted to fit everything into my suitcase. Getting the tram back to the hotel with Natasha wasn’t quite as easy as it was to get there because my case weighed a ton. The walk from the hotel to the tram stop definitely felt like it was a lot longer. 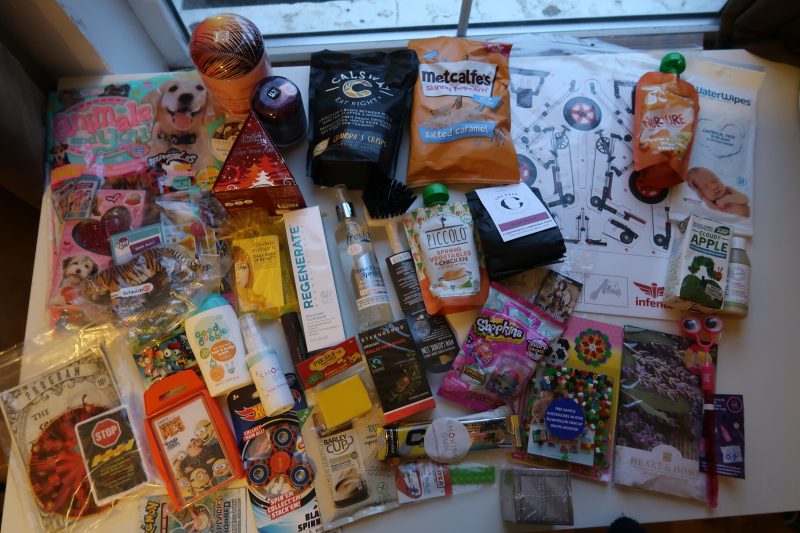 My second Blog On was so different to my first. While I loved some aspects of this one, I hated being so confused about rooms and where things were and I do wish I’d managed to go to more sessions. However, I felt much more at ease this time around and I was actually really okay with going to speak to other people I had never met before and I wasn’t even a little bit nervous. So yes, I do think my second Blog On was better than the first but I still wish I had done some things differently.

If you’re thinking about going to a blogging conference for the first time next year, be sure to check out my tips for first timers! 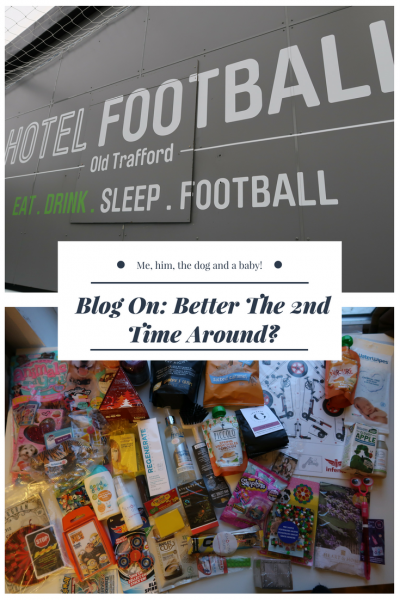 1 thought on “Blog On: Better The 2nd Time Around?”