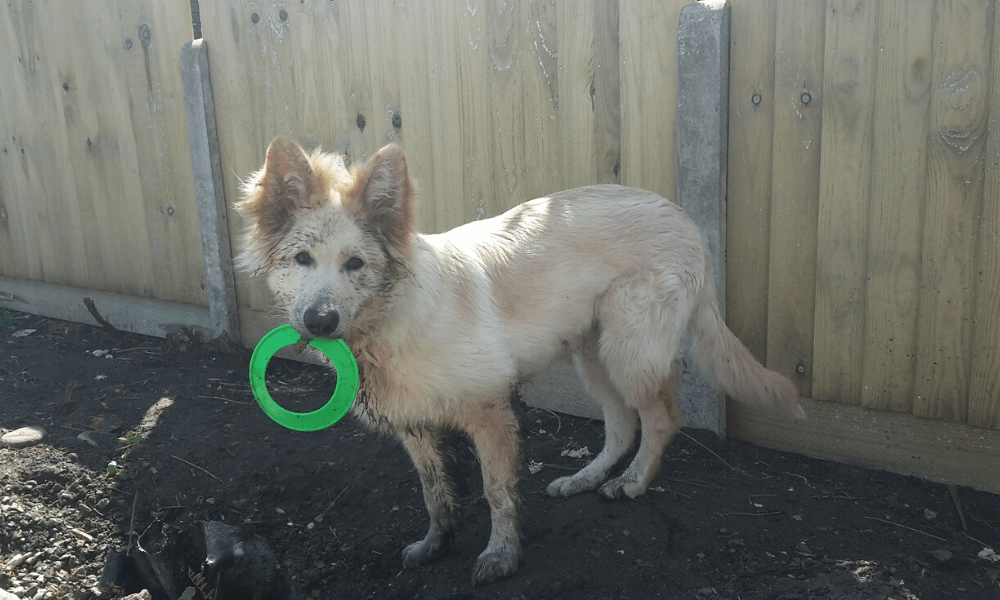 Being someone who grew up with cats as pets I desperately wanted a dog. John and I bought our house back in 2014 and it didn’t take us long to decide to add a new addition to the family, a white German Shepherd puppy that we called Jackson. It was never really the plan to get such a big dog, but we fell in love as soon as we saw a picture and after going to see him, we knew that he was the one we wanted to take home.

We probably should have done a lot more research before we brought Jackson home though because we really weren’t prepared for what we were getting ourselves in for and how crazy our lives were going to get. 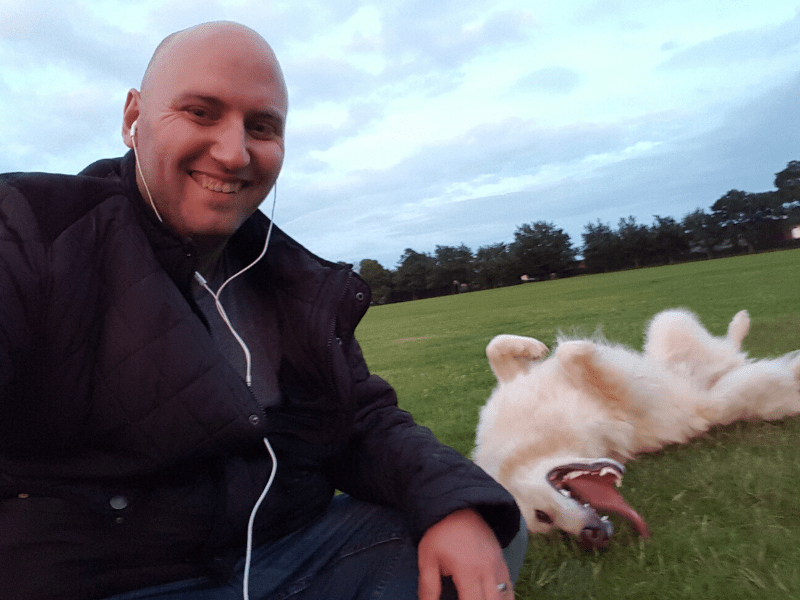 Dogs cost a lot of money. If you are buying a pedigree dog like we did (sadly unable to rescue at the time) then that’s a bit chunk of money to start with. Then there’s accessories like food and water bowls, crates, bedding, food etc. Then, of course, there are fees such as vaccinations, vet check ups, worming tablets and a whole host of other things.

All of this is before you think about buying food and what you’re going to feed your dog. Good, nutritious dog food doesn’t come cheap and this can help keep things like your dog’s coat healthy, among other things. For example, a puppy will need a very different diet compared to a more mature dog who might need something like a raw food diet. There are obviously varying costs involved when it comes to food as well.

Training a dog takes a lot of time and effort. It’s not something we got right unfortunately. At the time, John and I both worked and while we tried to put in as much time training Jackson as possible, it just wasn’t enough. We started off with puppy training classes but as a non-driving family, we were unable to carry on with this as there wasn’t anything local. Training a dog from a puppy can be very hard and very time consuming, including costs if you choose to go down a professional class route. 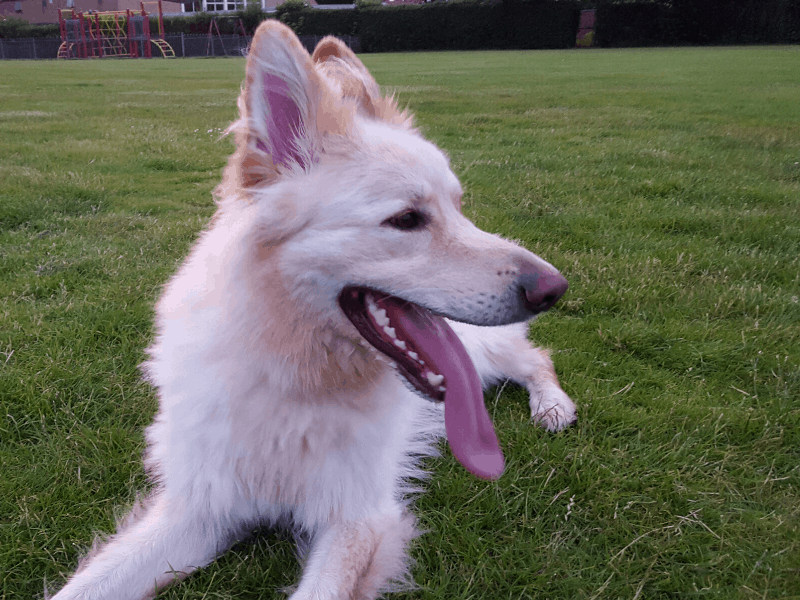 Dogs are wonderful to have at home. Jackson was a bit of a psycho but he was also the soppiest dog sometimes. He would get excited as soon as we woke up in the morning, or when we came home from being out, and it was such a lovely feeling. Jackson loved a cuddle on the couch, he loved working for some treats and more than anything, he loved playing in the garden and fetching a ball. Strangely, when I was at home alone with Jackson I would find myself talking to him about really random things.

Something that happens when you get a dog is that you really get another member of the family. A pet is like having another child (probably messier sometimes) but you love them. We loved having pictures of Jackson around the house and something that would have been cool is a pet illustration from vectorpets.com. You have special pictures of your children, your family, around the house so why not do something similar for your pet. 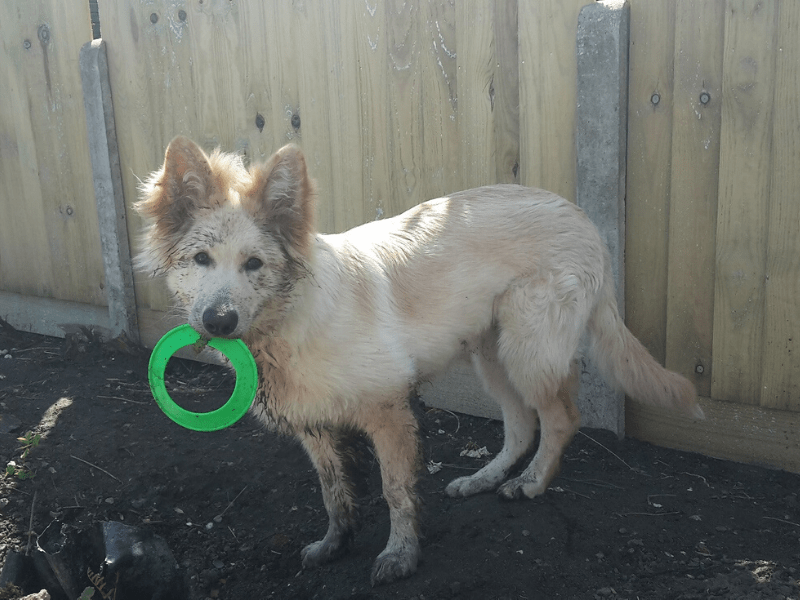 While Jackson was lovely at times he was also a bit (a lot) of a nightmare. I lost count of the number of dog beds he ripped up while we were out. He would constantly try to get into the bin and we would find the contents thrown all over the kitchen floor sometimes. When Jackson was still quite young we had work done to our garden. We dug up all of the ground and Jackson decided that this was great for digging. We would let him out in the garden but couldn’t leave him alone as he would dig massive holes otherwise. We then had most of it covered in brand new turf and it didn’t take long for him to ruin patches of it. Although we might have been annoyed at the time, seeing his face covered in mud and him looking really pleased with himself was so funny!

I think it’s safe to say that being a dog owner was not at all what we expected. I’d like to think things might have been different with a smaller dog or different breed but I know I’m probably wrong! 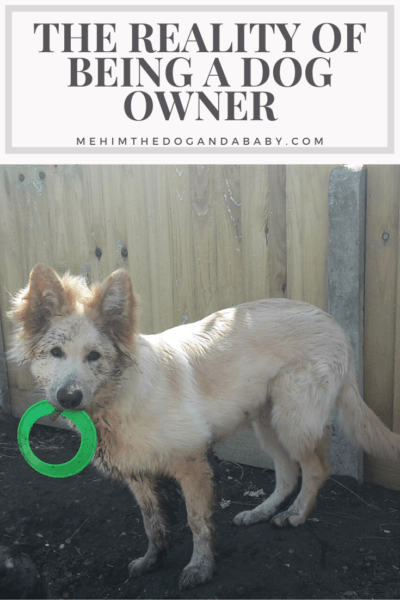 1 thought on “The Reality Of Being A Dog Owner”