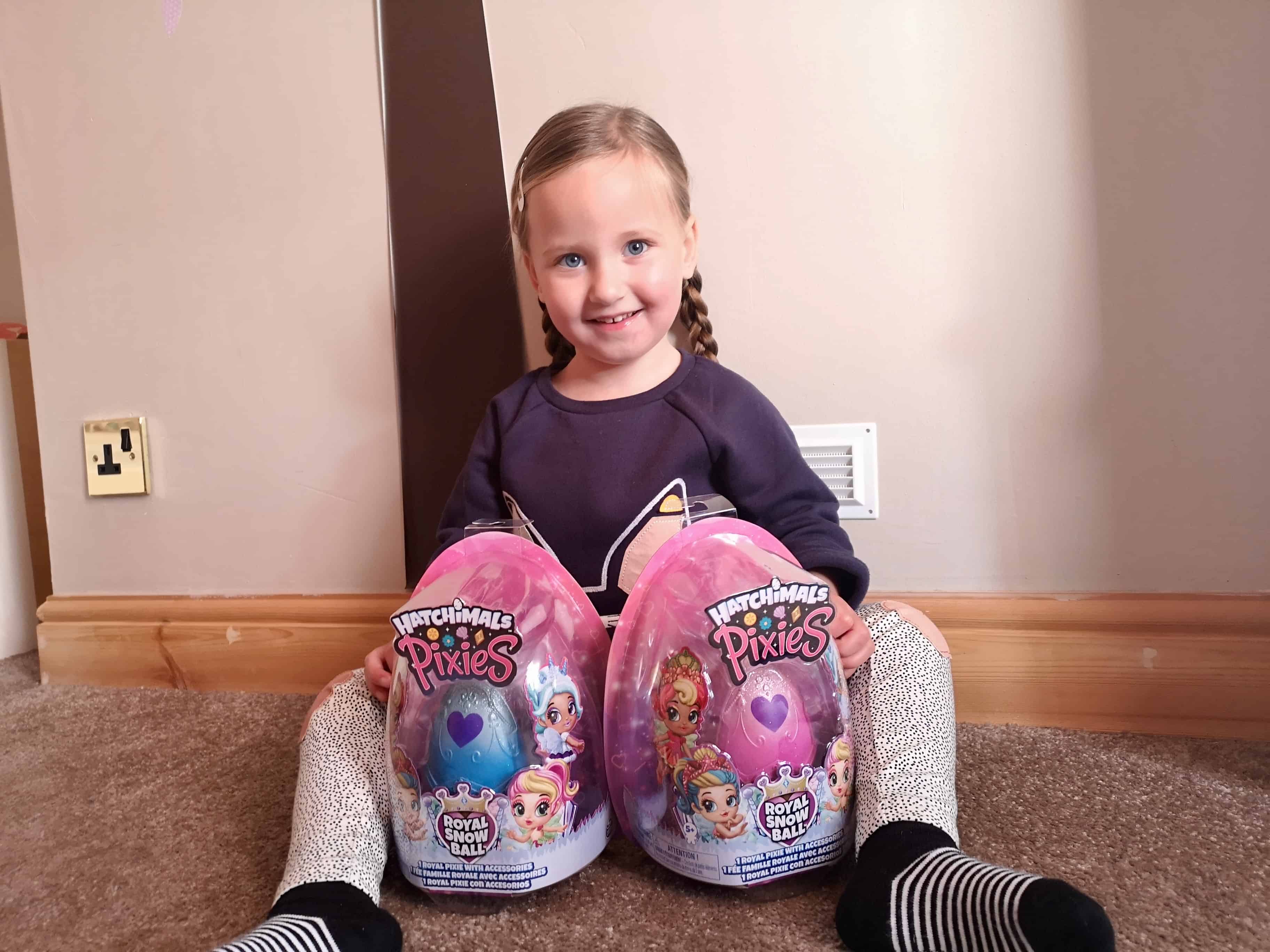 Erin has been a Hatchimals fan for a long time. We have a lovely collection of the smaller Hatchimals at home and Erin plays with them all of the time. However, she does find some of the small eggs a bit fiddly and hard to get into so we were both really excited when we were sent two Hatchimals Royal Snow Ball Pixies to review! 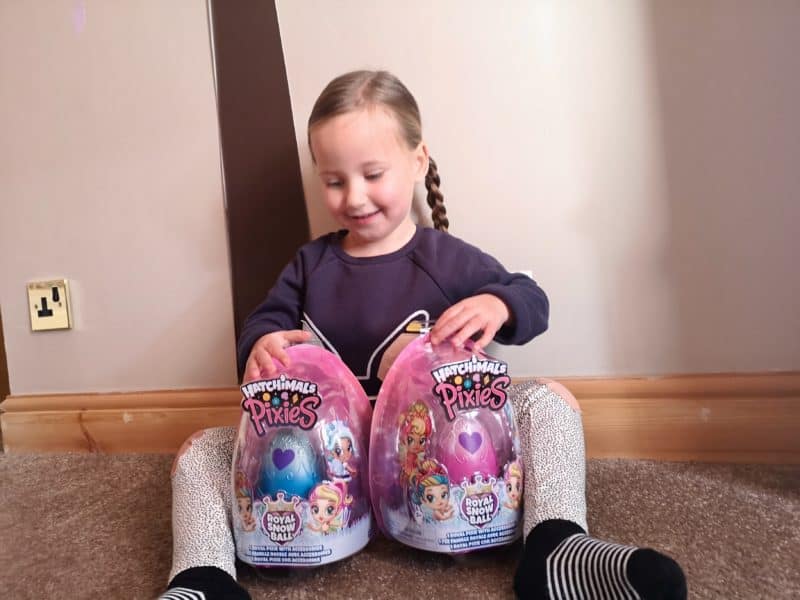 Erin was so excited when she saw the size of the Hatchimals Royal Snow Ball Pixies. With a RRP of £7.99 these are really good value for money and if you’re looking for something for a Christmas gift this year, these look really quite impressive. 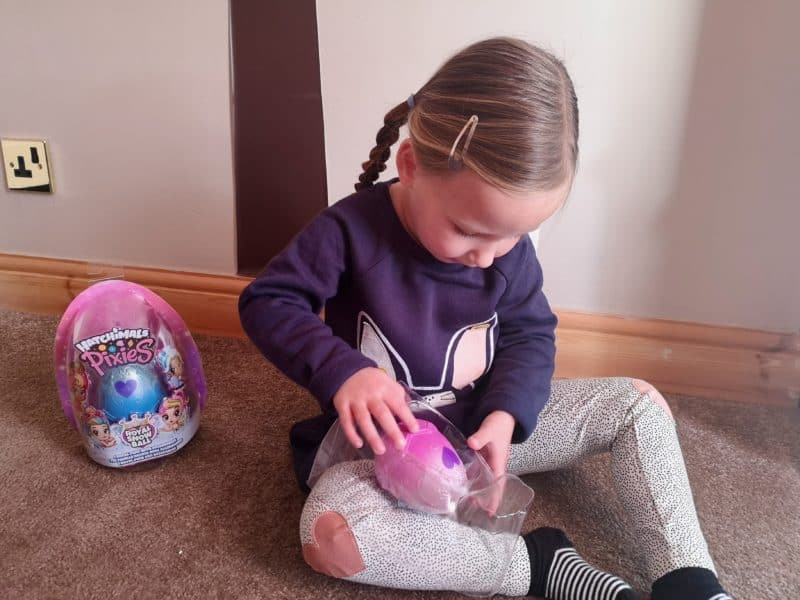 Something Erin struggles a little bit with on the Hatchimals Colleggtibles is the size of the heart that needs breaking to get into the egg. The larger egg size on the Hatchimals Royal Snow Ball Pixies made this part of the process much easier and Erin didn’t struggle at all. As someone who already had experience with other Hatchimals, Erin knew that she needed to rub the heart to make it change colour before cracking into the egg. 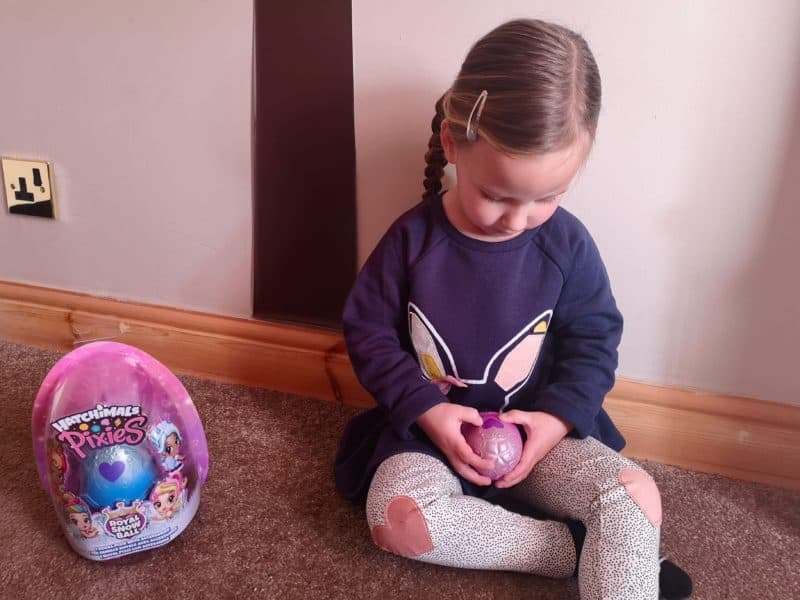 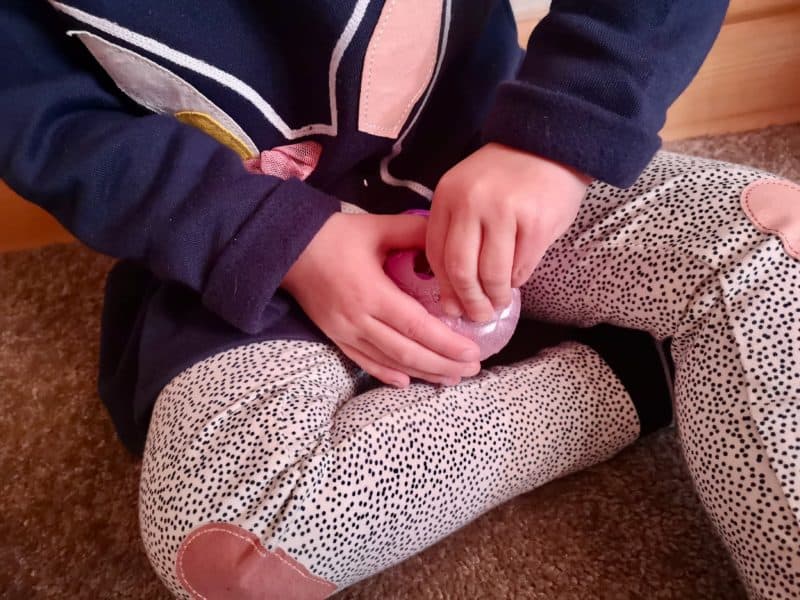 Once Erin had got into the top of the egg she squealed with delight at seeing a beautiful, glittery figure inside. Each of the Hatchimals Royal Snow Ball Pixies comes with a figure, a platform to stand on (that can be moved around) as well as a few different accessories such as a crown, glasses and a necklace. 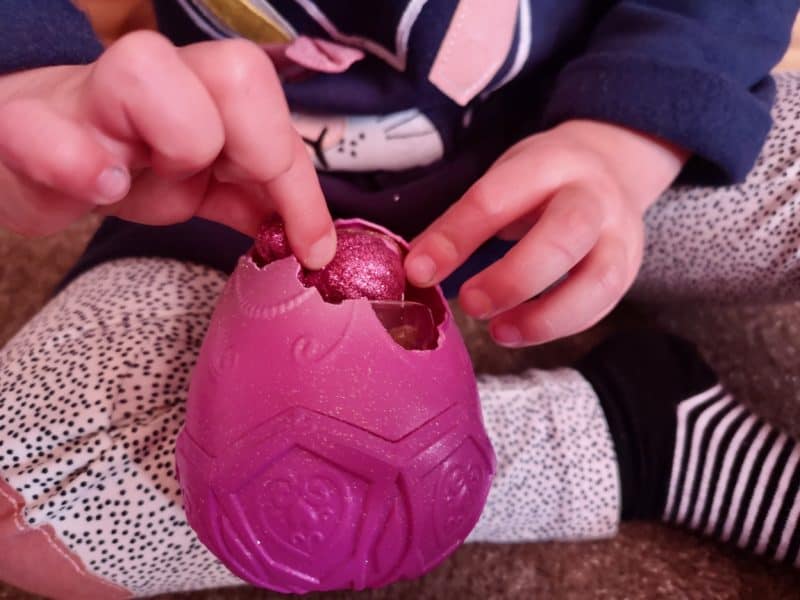 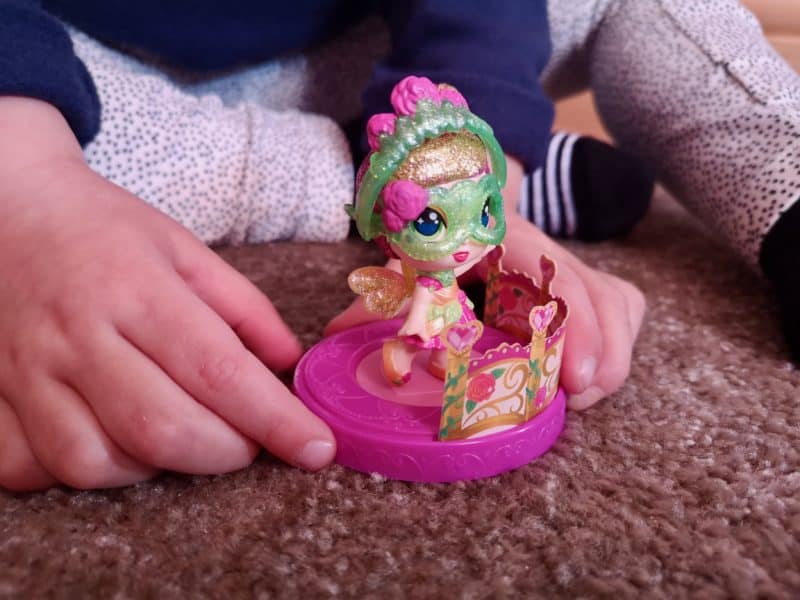 We really loved the accessories that came in each egg. These are suitable for children age 5+ and they do come with very small pieces, specifically the necklace. I do think this particular piece is likely to get lost fairly quickly whereas the larger accessories can be seen a lot easier. Erin isn’t 5 yet but she only plays with these with supervision to ensure she is safe. 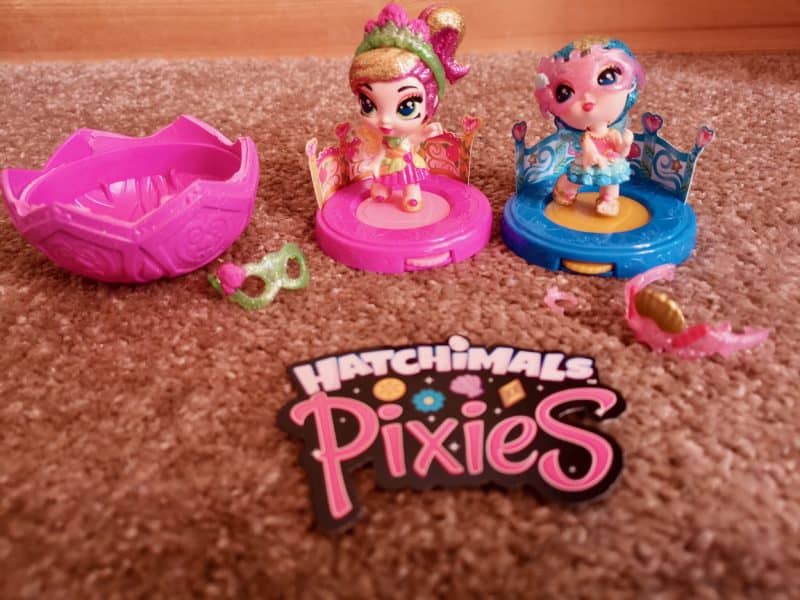 The Hatchimals Royal Snow Ball Pixies come with a checklist so you can figure out which one you got, find out their name and see which others there are still to collect! There are 8 of these to collect, with 2 being available from each different coloured egg. 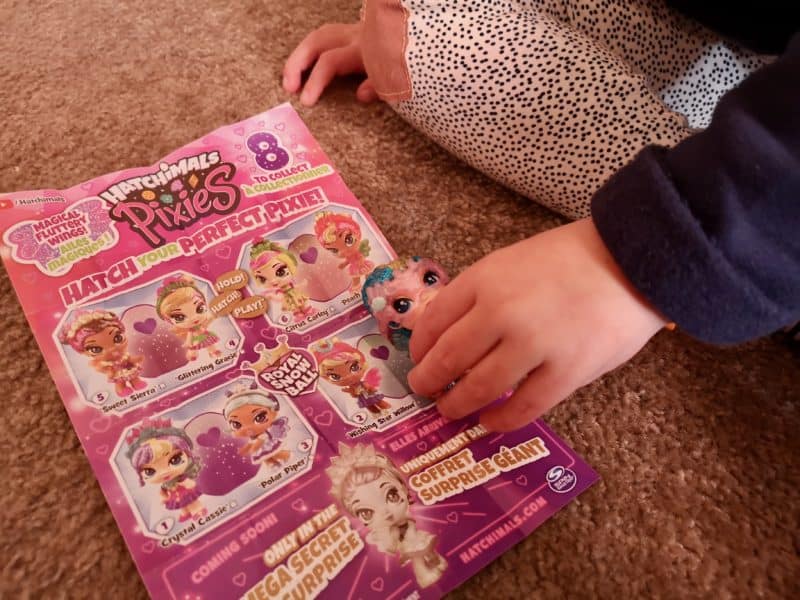 Erin has played with both of her Hatchimals Royal Snow Ball Pixies so much since she got them. From flying them around the room to changing their accessories for different occasions, Erin has had a blast! She’s already asking when we can get another to add to the collection! 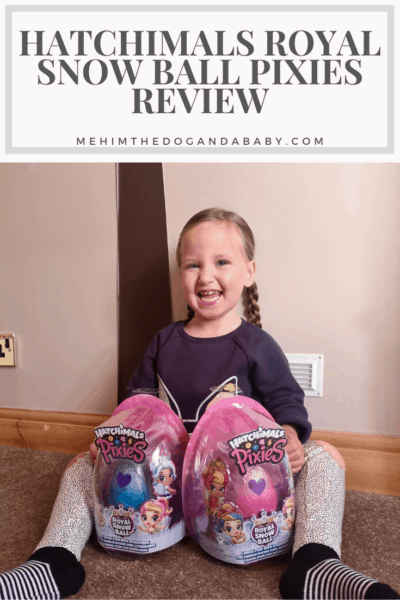