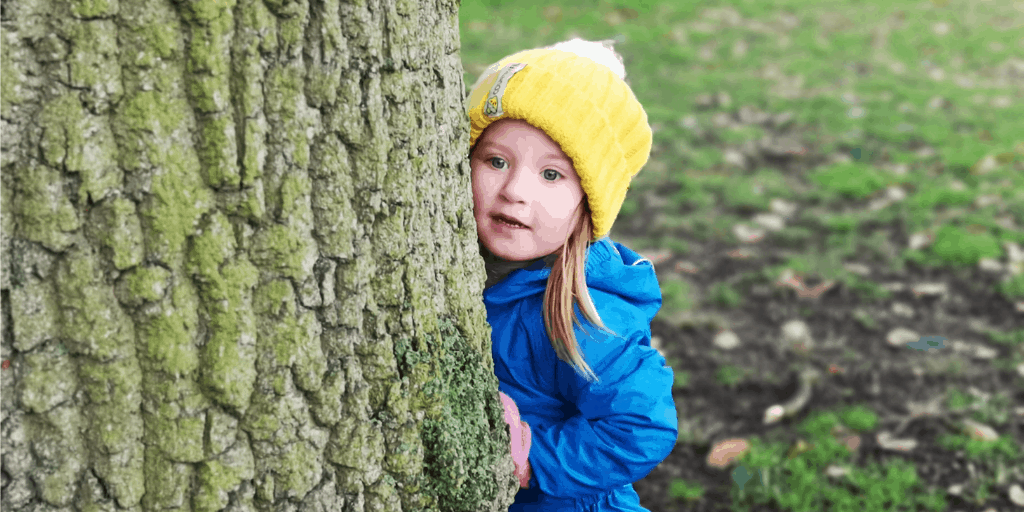 When you first tell people you’re pregnant you get all kinds of advice about pregnancy, birth and the first few weeks afterwards. You then get people throwing all kinds of advice at you when it comes to weaning, toilet training etc. but what no one really ever prepares you for is how hard some aspects of parenting can be. I think up until now I was fearing the terrible twos after hearing so many horror stories but I needn’t have bothered. Erin wasn’t that bad at all. Unfortunately, she’s now 3 and an absolute nightmare. No one told me about how bad threenagers could be!

Personally, I have a few things I try to do when Erin and I are having a particularly difficult day so, after months of hell I thought I’d share with you some ways to help make life a little bit easier if you’re going through the same thing:

One of Erin’s biggest things right now is tantrums. She can flip from being amazingly happy to a screaming, crying psychopath is less than a second and most of the time I have no idea what has even happened. Erin’s tantrums turn into her rolling around on the floor, usually the living room, and it can last anywhere from 10 minutes to 2 hours. We have had tantrums over the wrong sandwiches, socks being on wrong and even just because I put a cushion in the wrong place. The tantrum of a 3 year old can really be about anything and everything.

After so many times of begging, pleading, being hit and kicked in frustration I finally have my own way of dealing with Erin’s tantrums. As much as I can, without letting Erin hurt herself, I let her get on with it. If she’s rolling around the floor then I let her do so for a while until she calms down enough for me to talk to her without being screamed at. I don’t get too close because chances are, Erin will lash out.

Erin usually calms down enough eventually for me to talk nicely to her and to convince her to come to me for a cuddle. I know that as soon as I get that cuddle everything is okay again and we can talk about what happened and move on from it. 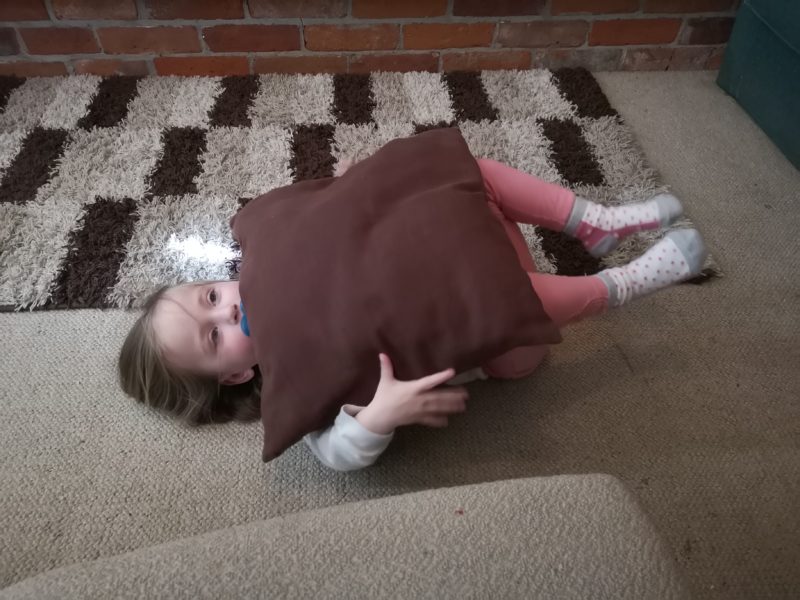 There have been numerous times where I have hidden in the kitchen to eat a secret Mars Bar or something else delicious I’ve stashed away somewhere. No matter what I eat usually Erin wants some of it. It doesn’t matter if it’s sesame seeds from a bread roll or a bag of crisps; if I have it she wants it.

Sometimes, when I’m having a rough day with Erin whether it be because she’s had tantrums, just been difficult or exhausting, I find that a secret chocolate bar in the kitchen really helps.

Something I have quickly come to realise is that Erin does not like being told she has to do something at the moment. As soon as she turned 3 it would seem that Erin realised that she had a stubborn streak (no idea where she gets that from) and that if I said we needed to do something that she could say no.

Now, I try to give Erin more options and choices for a lot of different things. This could be anything from what she wants for lunch, in her sandwiches or what shoes or coat to wear. I find that if Erin feels like she has some control over a situation she is more likely to do something quickly and easily rather than mess around or argue.

John whinges a little bit because he thinks I let Erin get away with too much. In all honesty, I probably do but I have come to learn that some things just aren’t worth the fight. Erin tends to not want dinner most days and I will not force her to sit and the table and eat if she doesn’t want to. If Erin doesn’t want her hair up on a day we’re just at home I’m not going to make her. If a chocolate lolly stops a massive tantrum then sometimes that’s absolutely okay. I would rather have an easier day sometimes rather than worry about the little things and spend hours fighting with Erin for no reason. 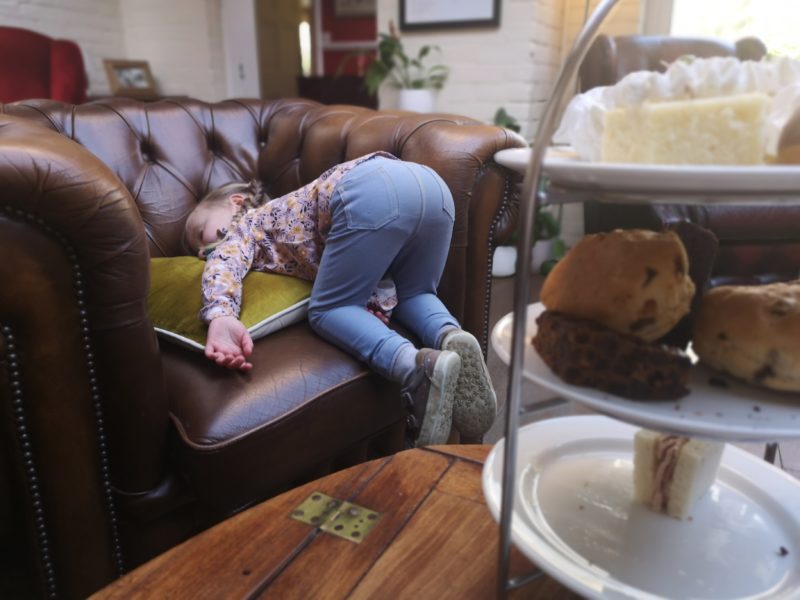 Of course, it’s not just me living in threenager hell. Some other wonderful bloggers have offered their words of advice:

Remember it’s just a phase and there is light at the end of the tunnel. Helps my patience levels to bear in mind it’s not something I’ll be dealing with forever. Laura Leanne

Meditation or medication in the form of pink gin! Lots of pep talks to yourself letting you know it will get better! The Family Ticket

Just keep thinking that a threenager is nowhere near as awful as a tween or teenager, they’re a whole new level of stress!! Big Family, Organised Chaos

Yoga! Ok so I know this sounds a little crazy but me and my 4 year old started doing some simply and easy yoga dvds last year, designed for families/kids on an evening or days when she was really tired or stressed. It has helped her relax so much and its lovely spending the time doing it together. Tantrums to Smiles

Three is as hard for them as it is for us. Find the one thing you love doing together and make it a non negotiable
Ours was a coffee date every Friday. Just the 2 of us shooting the breeze over babychinos and cake. Sinead Latham

The best way I have found of diffusing my three year old’s UTTER RAGE is to stop shouting, leave him a bit and then change tack completely and say ‘oh dear, are you sad? Why are you upset?’ He then stops crying and tells me everything (in between a few more sobs) (and me sometimes trying not to laugh) and we eventually calm down and break the spell. It doesn’t work every time, I’m not a parenting genius! Maidenhead Mum

Be kind to yourself. If they are loved, fed and warm you are doing a good job. Rice Cakes and Raisins

Take advantage of the free hours you get at pre-school! Honestly, my son adored it there, it stimulated him, wore him out and the staff really helped with any issues. Emma Reed

Be kind. Give your three year old options and choices for what they’re doing/wearing/eating. It’s a hugely frustrating age for them to be and handing over a little control really helps. Living With A Jude

I currently have a threenager. I have found that, although it’s tempting to argue and shout, that doesn’t help (with him anyway). I let him get away with a fair bit, nothing dangerous, but I don’t sweat the small stuff. I also give him cuddles if he’s having a tantrum. He likes to sit on my knee and that generally calms him down. That’s not to say I don’t lose my temper occasionally. I’m far from perfect! The Incidental Parent

There is no surviving. There’s just lots of shouting. Readaraptor

Three year olds are definitely hard work but of course, most of the time Erin is lovely to be around. Some days are easier than others so we tend to just take one day at a time now. 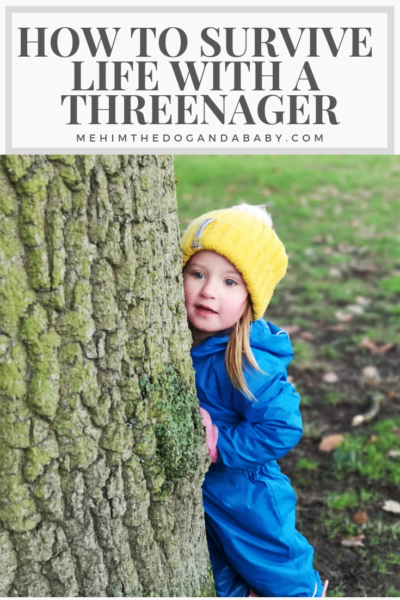 8 thoughts on “How To Survive Life With A Threenager”