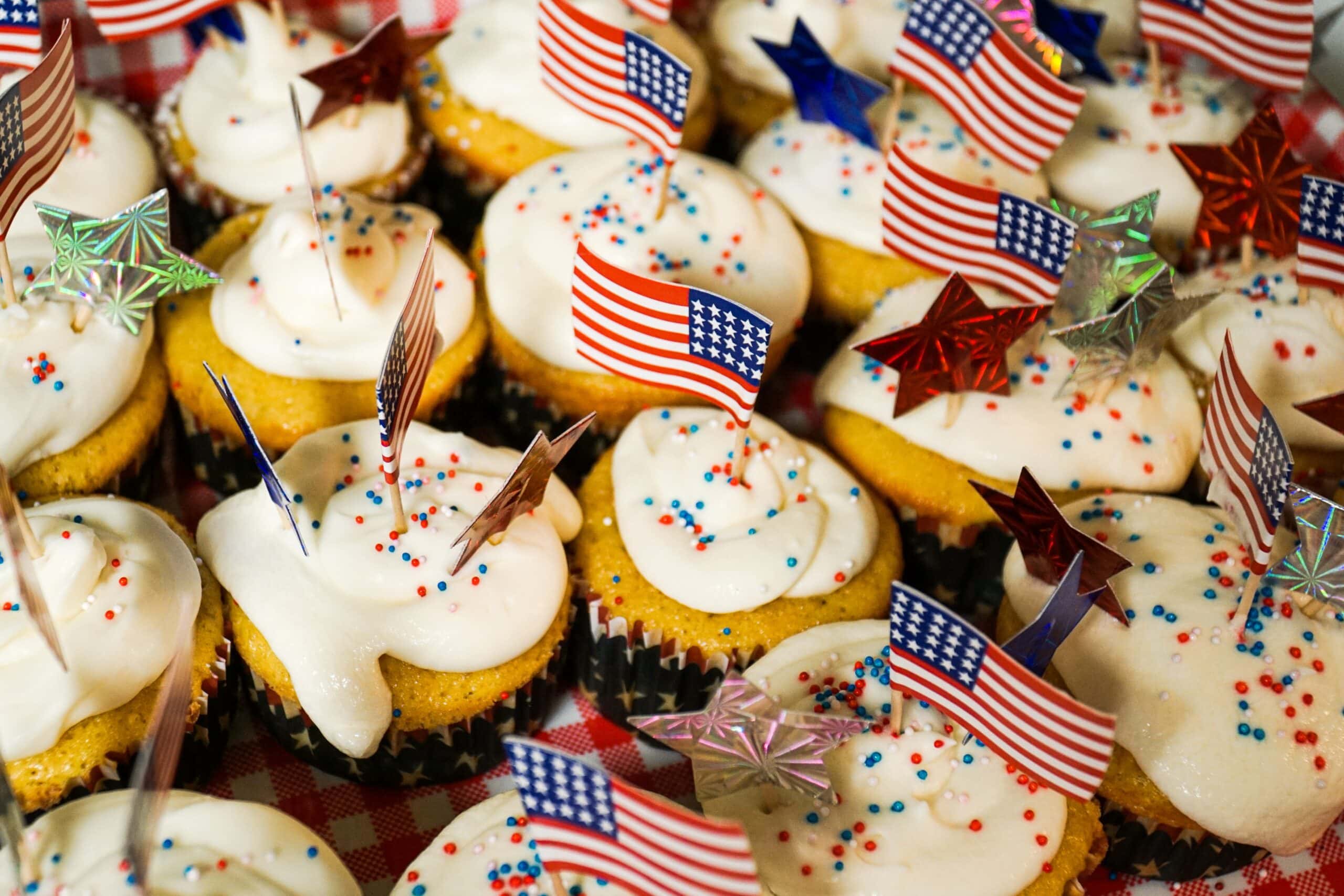 Last year my sister got engaged and is planning on getting married in New York. John and I got married in Florida. It would seem that weddings in our family only happen in America now! John and I had a big party when we got home but I kind of wish it had been American themed. Maybe I can talk my sister into doing this instead though!

American food is probably one of the easiest ways to go for party food because there are so many options. Food could be themed around an American holiday such as Thanksgiving with pumpkin and turkey options or it could be Independence Day themed. I find that canapés for parties are a really easy way to go though. They are super easy and there’s something for everyone! You could also add in some ‘potato chips’, Oreos and smores for sweet treats.

If you’re having a DJ at your event it would be really easy to request that they only play music by American artists. Luckily, there are loads of different genres to choose from too and so many great songs.

If you’re into country music you could make it a barn dance kind of party, using country music and line dancing as your entertainment. You could even hire a dance teacher and get everyone to learn a routine!

One of the most iconic American themed party games for me is Beer Pong. The red cups have been seen in so many films and as people drink throughout the evening it could get more and more fun.

American themed party decorations are super easy to get your hands on. You can easily make a room look special with red, white and blue coloured items, as well as adding in the American flag. You could use one big flag, small flags put into the food or coloured cups. Pinterest has so many great ideas for party decorations and they don’t have to be expensive either. If you want to go all out you could look for a commercial flagpole for sale and decorate the front of your house with an American theme.

Seeing as me and John got married in Orlando, Florida, we could have had a theme focusing on a certain state or place. It would be very easy to host a party with a New York or Las Vegas theme. There is so much that you could do for each of these with unlimited possibilities!

Have you ever thrown a party with an American theme before? Do you have any tips?