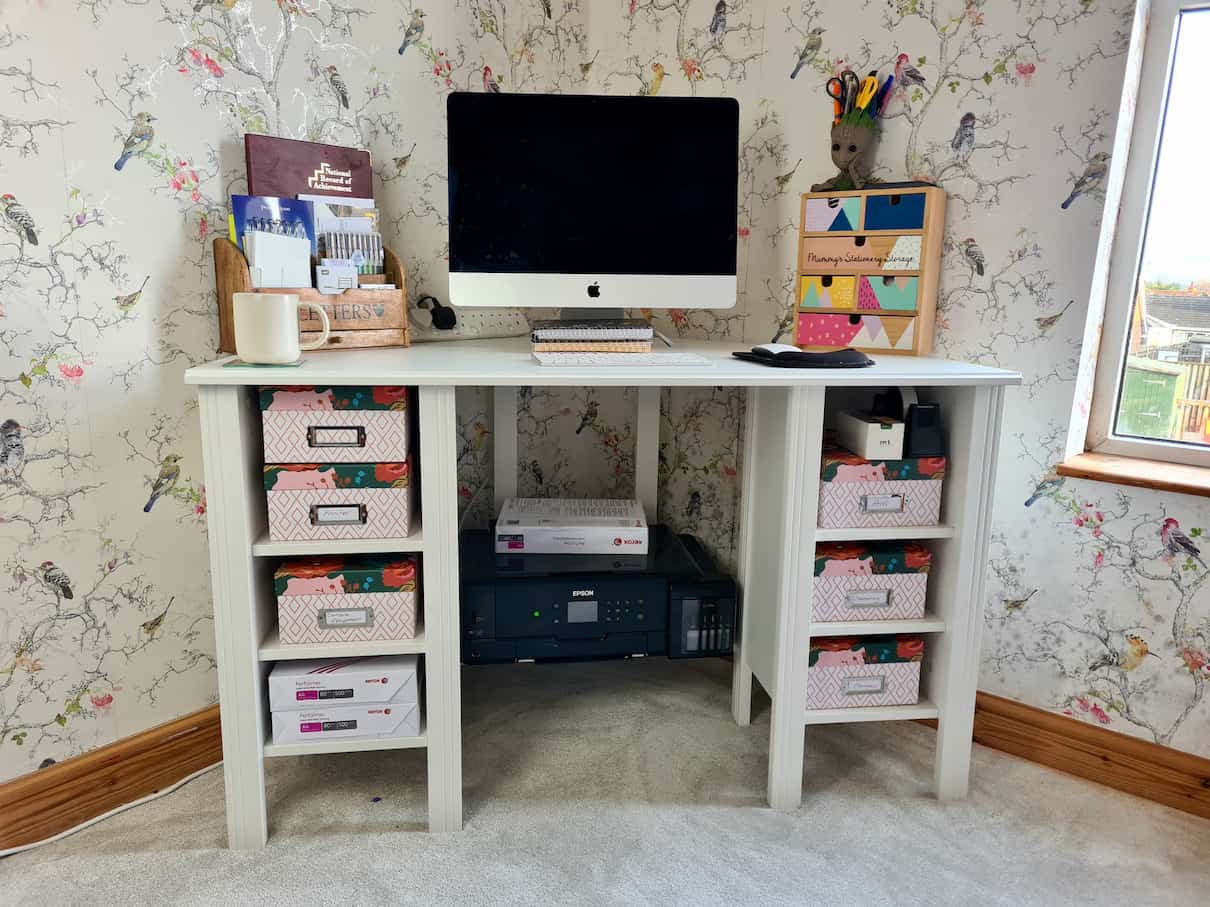 For around the last 3.5 years I have had the same desk that I use for work. To start with, I worked from downstairs in the corner of the living room but later moved upstairs to the spare bedroom which is now my office. At the time, I thought the Ikea Alex/ Linnmon Desk was the perfect desk for me. However, things change and I recently realised that I needed to revamp my space and create stimulating home office, and that included getting a smaller desk that worked better in the space I have.

So, after quite a bit of looking I decided to go with the IKEA Brusali Corner Desk, something that I later found out that my sister also has in her house! At £65, this seemed like a really reasonably priced desk, as long as you ignore the £40 delivery fee. At the time, I didn’t mind paying the delivery price as the desk still ended up cheaper than any other I had seen that I liked.

The desk arrived in two boxes, flat packed, which is to be expected from most items from IKEA. Before attempting to put the desk together I checked all of the bits that it came with and made sure I had every screw and nail etc. that I should have. There’s nothing worse than getting half way through building furniture only to find out you’re missing something vital. 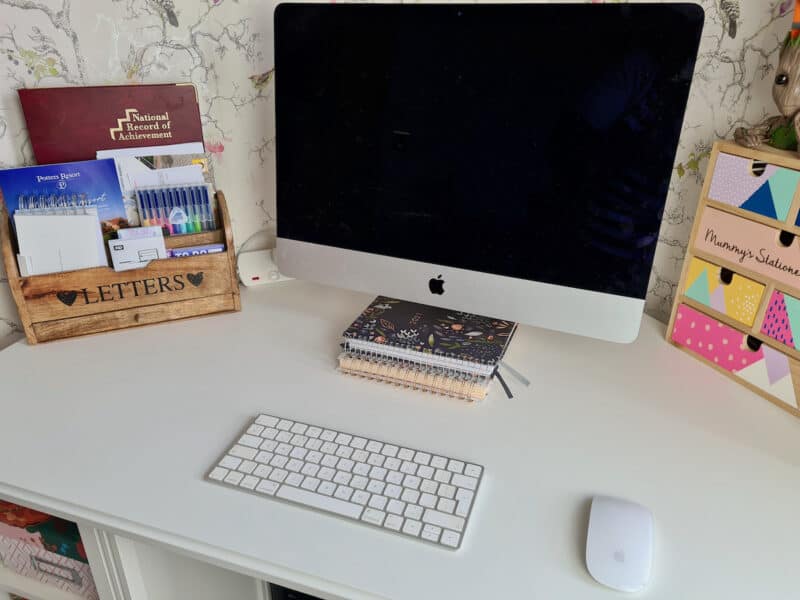 Building the desk was quite straightforward and apart from me doing something wrong, it took just over an hour. I stupidly put something on upside down to had to rectify that but had I read the instructions properly that wouldn’t have happened. The shelf underneath the desk was the only real issue when putting it together as some things just didn’t work the way they should have and I had to improvise a little bit. However, once I got this sorted the desk was together and ready to use.

Measuring 120×73 cm, the IKEA Brusali Corner Desk sits nicely in most corners but also has quite a large workspace. I use an iMac so I needed a fair bit of space for my monitor, as well as mouse, notebooks and stationery organisers. I’ve found that I have a lot of space on the top of the desk still even with all of this on there. Space to spread out is really important to me but now, I have just the right amount rather than too much. 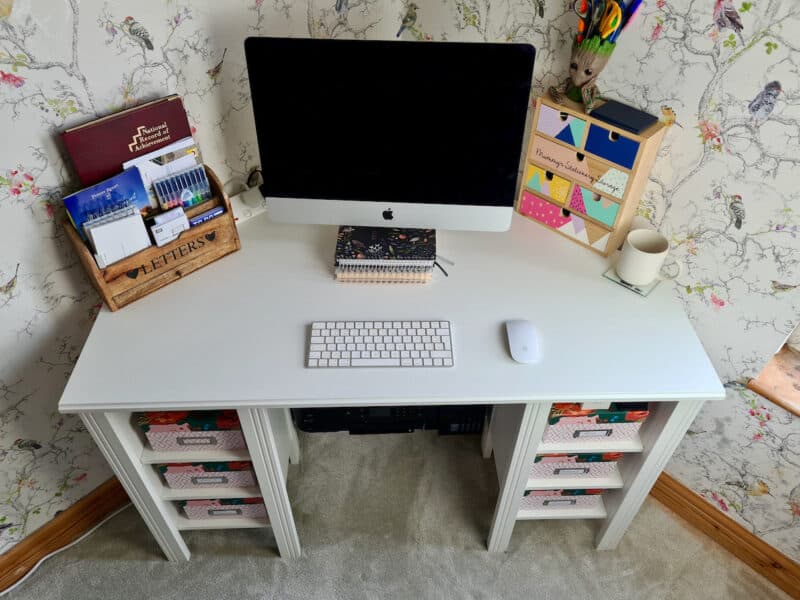 My old desk had two sets of drawers, each with 5 drawers on each. Now, this obviously holds quite a lot and the IKEA Brusali Corner Desk doesn’t have any drawers at all. I obviously knew this before buying the desk but I had to figure out a different way to store things. Instead of drawers, this desk has shelf space but they are quite small. I found some great boxes from Hobbycraft which fit perfectly. These help to make sure the shelves don’t look messy or cluttered but also to help keep everything organised and labelled. I do think that a lot of people will struggle with having everything on show all of the time so finding storage to suit you is quite important. 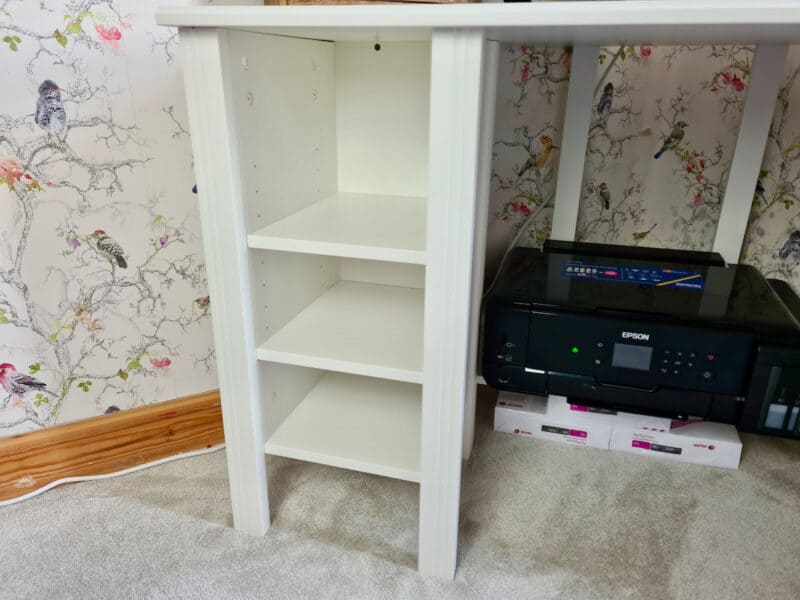 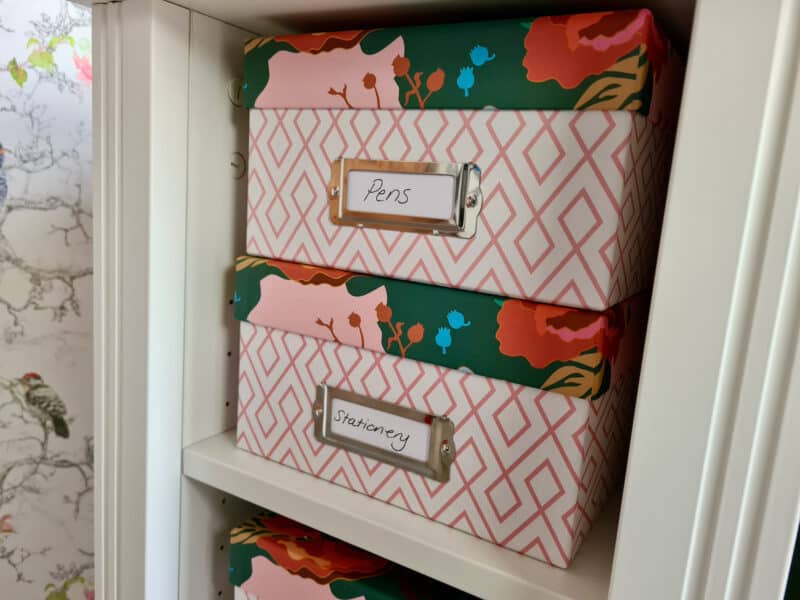 One of the biggest selling points to this desk for me was the space for my printer. I have a large Epson EcoTank and it’s heavy and bulky. I’ve always used it as a bit of a dumping ground because it was on the top of my desk but I really wanted it out of the way. The IKEA Brusali Corner Desk has a shelf that sits underneath and this is the perfect space for a printer. Not only does my big printer fit but there is also space either side to store things like packs of paper. 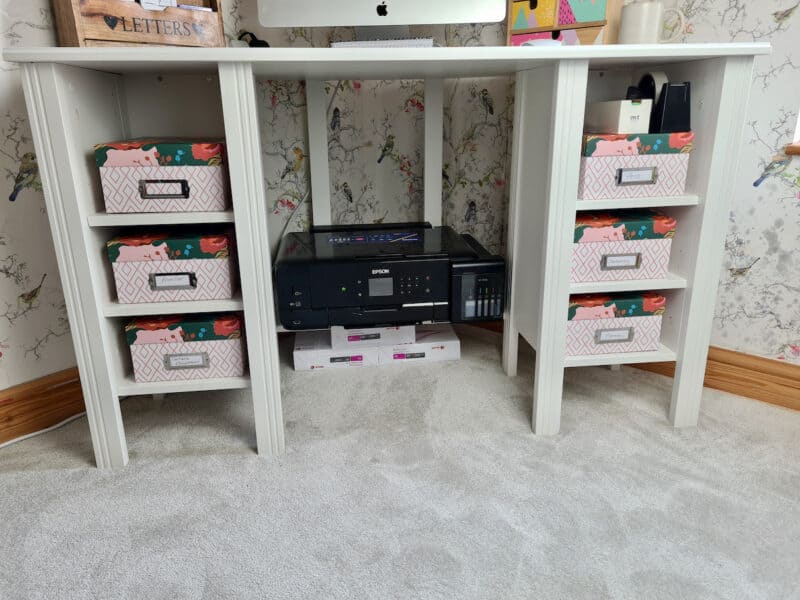 Overall, apart from the slightly tricky bit of putting the desk together, I’m really happy with my choice. It fits much better in my office and is a nicer space for working. I don’t feel like I’m going to pile it high with stuff like I did before on the big desk but I also feel like I have it better organised this way as well. Obviously, I would have preferred to pay less for delivery to make it a better value desk but that doesn’t take anything away from the desk itself. 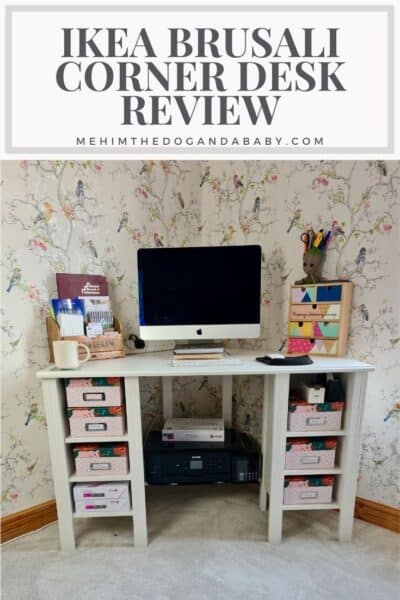