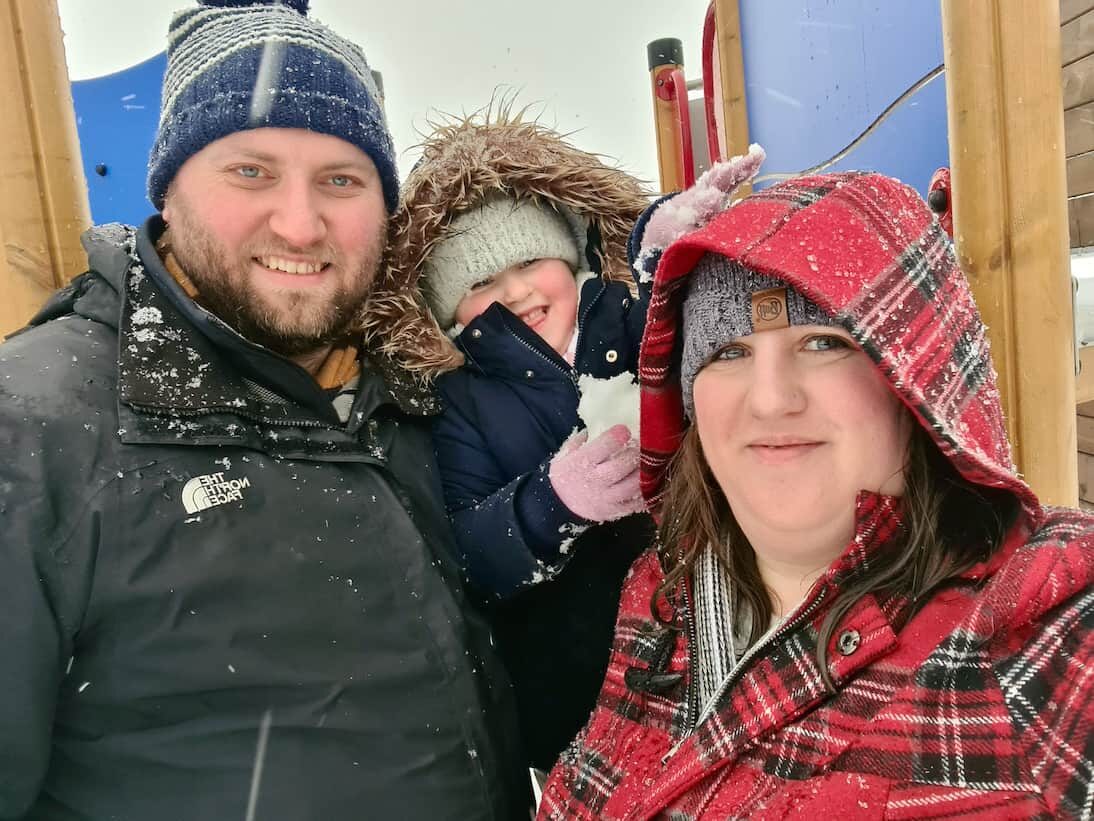 Saturday 16th January 2021… the first snow of winter. The day before we’d had a weather warning with some risk of it being absolutely freezing and a bit of snow. What I wasn’t expecting was to wake up and to see only white outside the window. 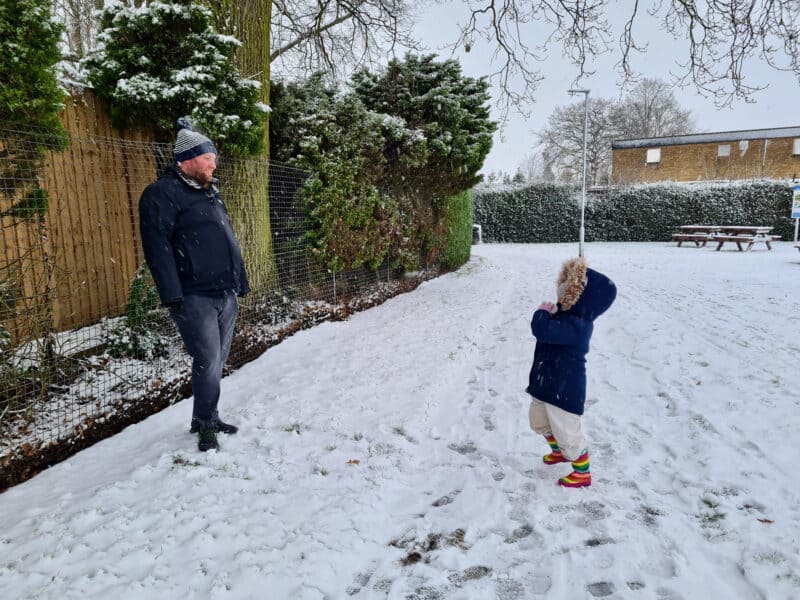 While I was still in bed, I could hear Erin overly excited downstairs at the prospect of going out to play in the snow. It’s not something she’s experienced too much in her 5 years so it’s very much a novelty when it happens. 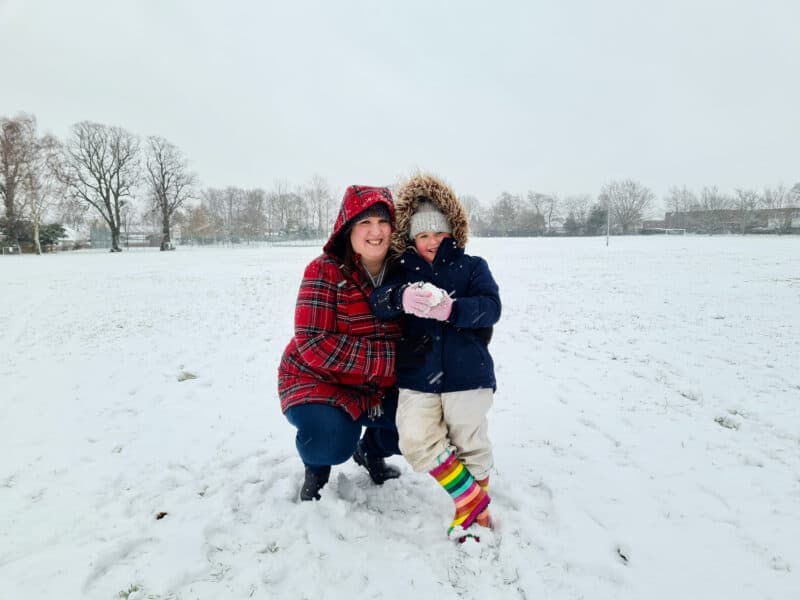 I managed to have a bath and get ready while Erin was busy looking out the window watching the snow fall. I did get ready as quickly as possible though and promised I would come over to the park with Erin and John to play. We have a big back garden but Erin wanted to go over to the park. 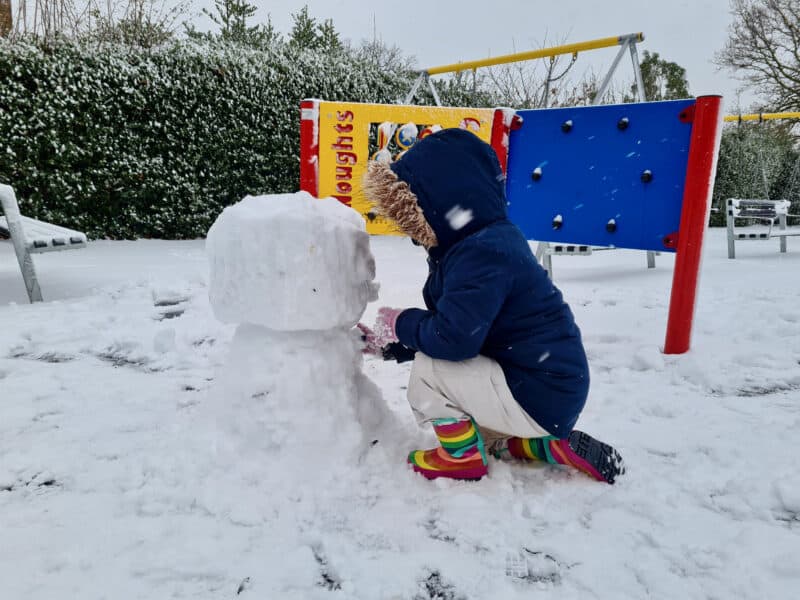 I was really glad we did go to the park as there was hardly anyone there and the snow (especially in the playground) was untouched. This meant that we had really great snow to build a snowman, something Erin hasn’t really done before. In fact, John hadn’t either so I was able to show them both how to do it. 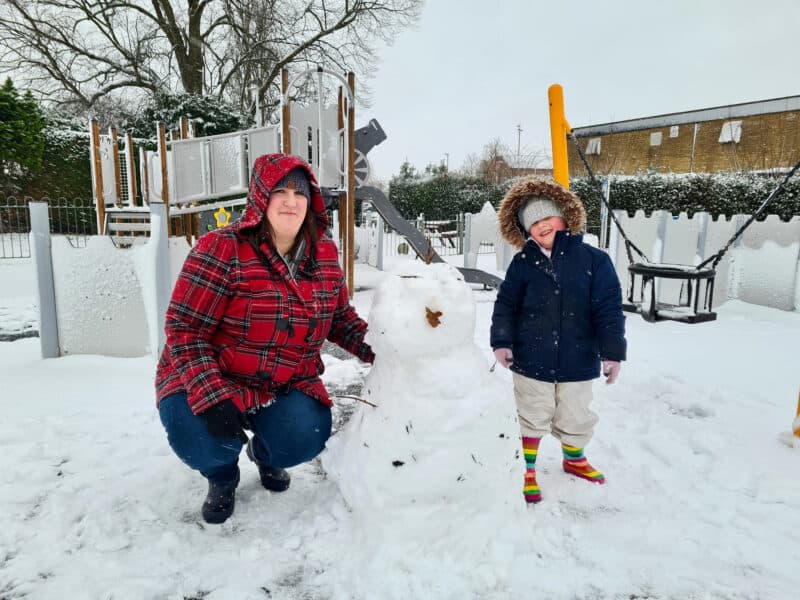 We had so much fun having snowball fights (me trying not to get hit) and building a couple of snowmen. We were out quite a lot longer than I thought we would be but in the end we had to go back home to get warmed up. 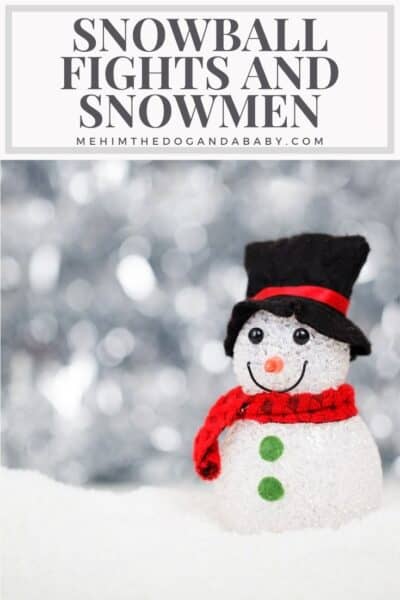 2 thoughts on “Snowball Fights And Snowmen”