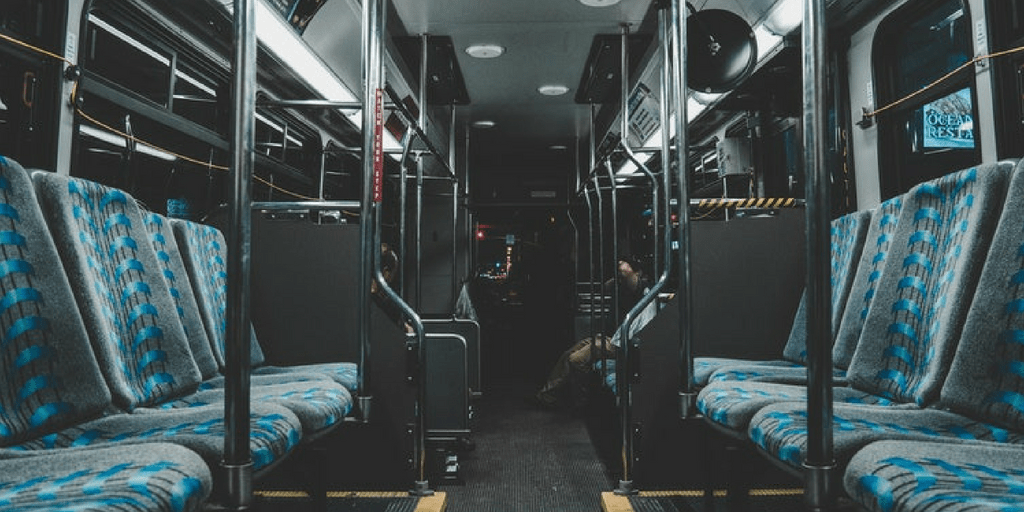 Last month we went on a family holiday to Haven. We chose to stay at the Caister-on-Sea park as it was easy enough for us to get to by bus. Being a family that doesn’t drive we tend to try to make things as easy as possible and the bus dropped us off pretty much right outside. Anyway, while we were on the bus a quite large group of older ladies got on part way as what I can only imagine was a regular shopping trip to a nearby town.

Erin, being Erin, was her loud and cheeky self and gained quite a lot of attention during the bus ride. The bus was pretty full at this point and although we were sat in the space for wheelchairs/ pushchairs, there was one woman sat to the side of Erin in one of the fold down chairs.

Wherever we go Erin tends to have people smiling at her, or talking to her, and this isn’t a big deal at all. In fact, it’s quite nice sometimes because Erin says hello to everyone after often walks past a group of people and shouts ‘Hi guys’ so it’s great when people answer her. Obviously we will get to the point of discussing talking to strangers one day but she’s not ready for that yet.

So, the lady sat next to Erin decides to take it upon herself to talk to and play peek-a-boo with Erin. This was fine until the woman started touching Erin, poking her belly or touching her arm. I know this might not sound like a lot to some people but Erin is my child and I didn’t know this woman at all. I had never seen her before and I doubted I would ever see her again.

I’m not sure if it’s the older generation or people in general but I just don’t know why people think it’s okay to touch someone’s child when they don’t know them. I certainly wouldn’t go and touch someone’s child in any way unless I knew them or the parents quite well. At the time, I sat there and gritted my teeth, hoping the woman would get off the bus sooner rather than later. Instead she carried on for the whole journey.

I wish I had spoken up and asked her to stop. I wish I said that it wasn’t okay. Somehow I lost my voice on that bus journey. I don’t think I really realised how annoyed I was at someone else touching my child without my permission. I think it helped that as soon as the woman got off the bus, John turned and said how annoyed about it he was. I was so glad it wasn’t just me.

Next time I won’t keep my mouth shut. 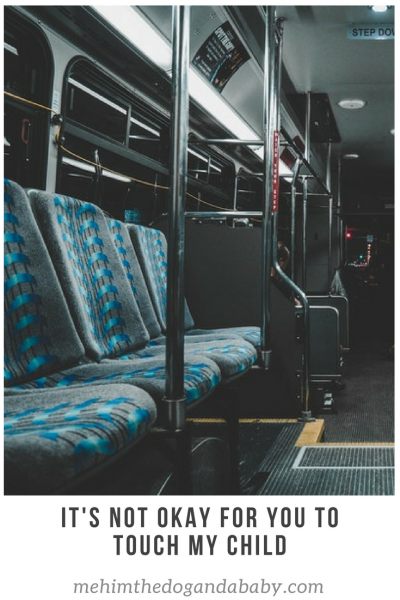