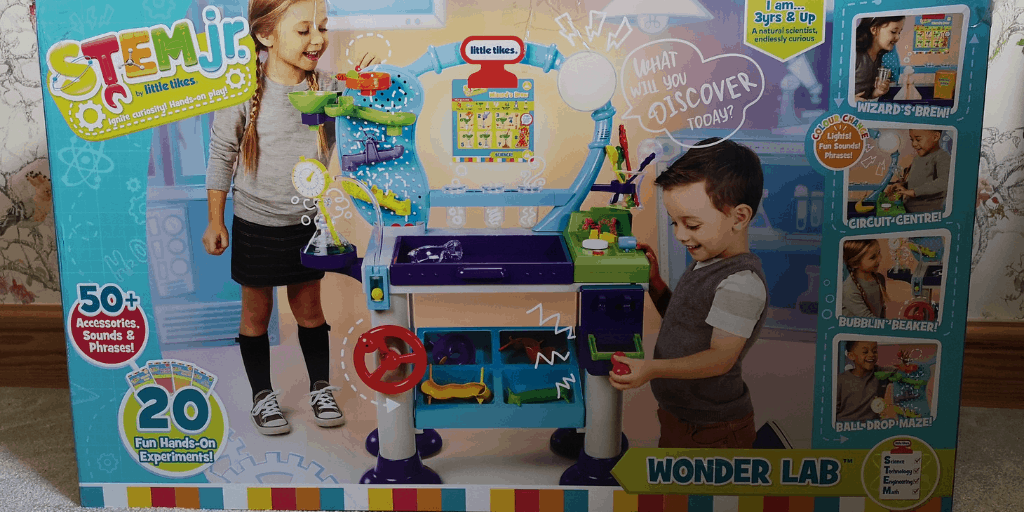 Disclaimer: We received this product for the purpose of this review. All opinions are our own.

Erin is such an inquisitive toddler and she wants to know about everything! I’m always looking for more educational toys for her as sometimes I struggle to know what to do with her to help her learn. As soon as I saw the Little Tikes STEM Jr Wonder Lab advertised on television I knew it was the kind of toy Erin would love. If you didn’t know already, STEM toys encourage learning of Science, Technology, Engineering and Math.

With toys like this, one of my main worries is the size and where it’s going to go. The Wonder Lab looks bigger than it actually is on television but that’s not a bad thing. I was happy with the size once it was all put together and realised it wasn’t actually going to take up as much space as I first thought. Speaking of putting this together, it only took 10 minutes on my own and the only things you’ll need are 3x AA batteries and a screwdriver. 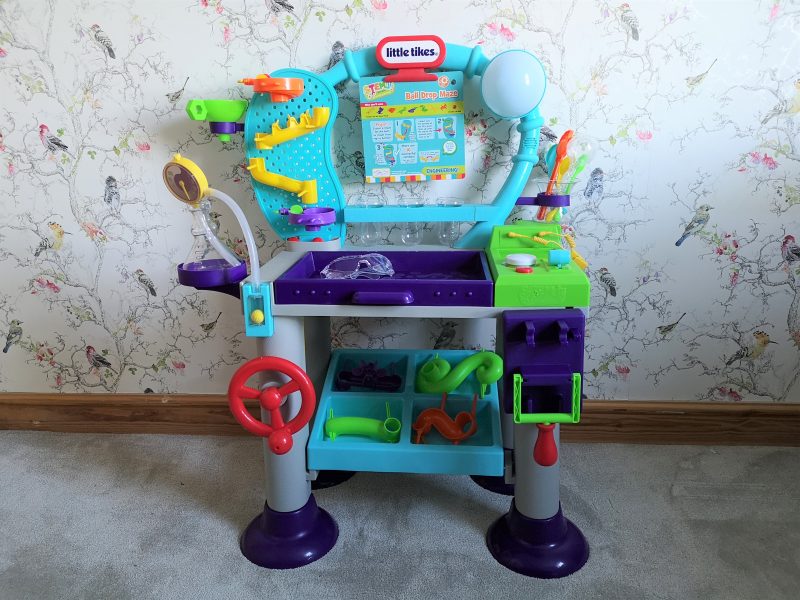 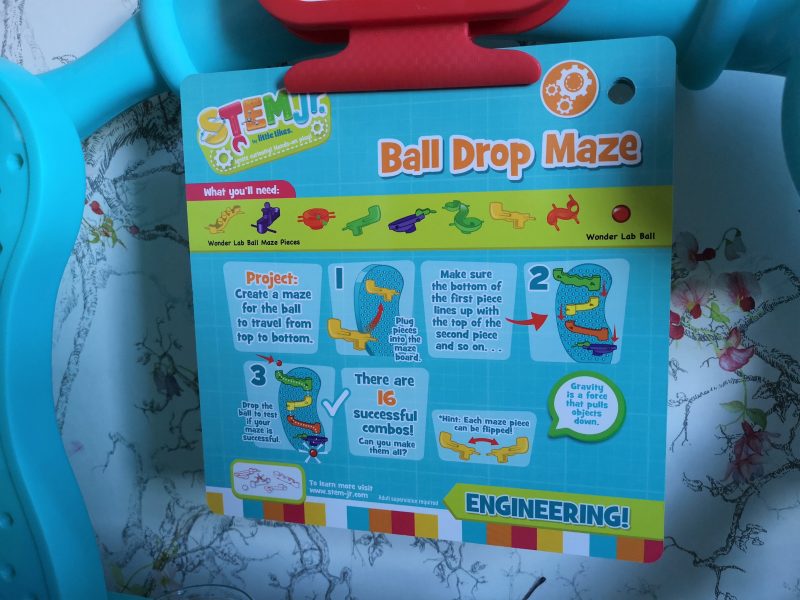 Although Erin won’t be able to do a lot of the experiments on her own at this point, all of them are easy enough that we can do them together with Erin being really involved. Some of the experiments don’t need any additional elements but some require some household items such as vinegar, bicarbonate of soda or food colouring. I went through every card before we used the Wonder Lab and we had every single additional ingredient at home already. 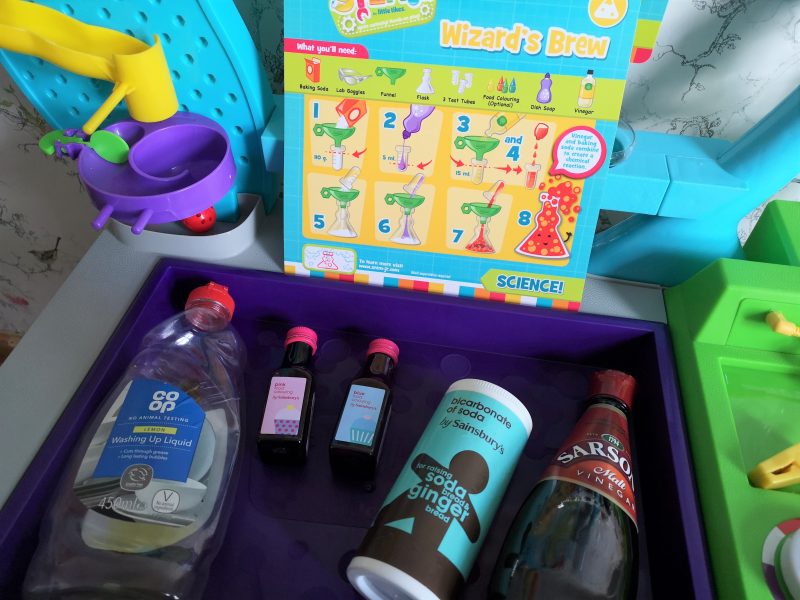 As soon as we showed Erin the Wonder Lab she got stuck in. I already had a marble run set up and she spent ages playing with this aspect even without us having to help or explain what she had to do. It didn’t take us long to get stuck into one of the experiments though and we started with a Wizard’s Brew. 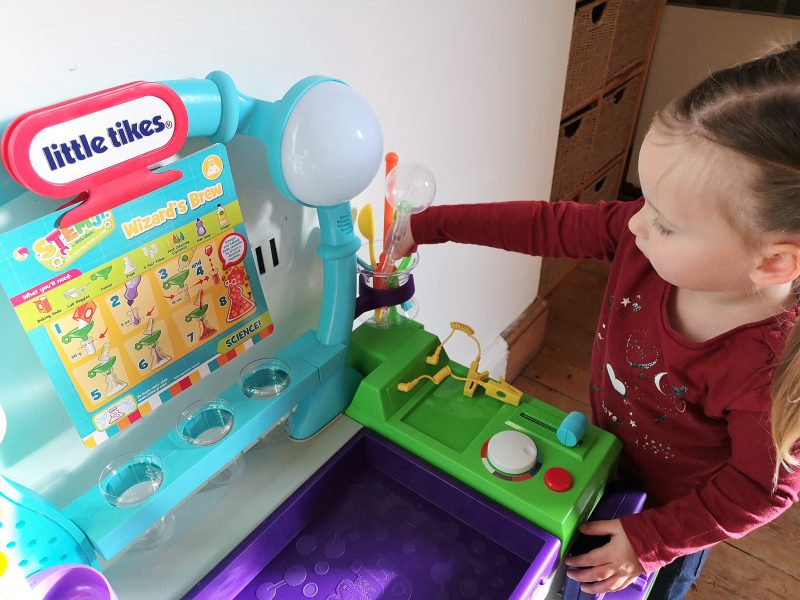 The instruction cards are great as they show what to do in really simple steps. Although Erin isn’t old enough to do any of these completely on her own yet we were able to do this one together. Erin did a lot of it herself and we told her which ingredients to put where and when. Erin was able to follow what we asked her to do really easily and she was so excited about doing a lot of it herself. 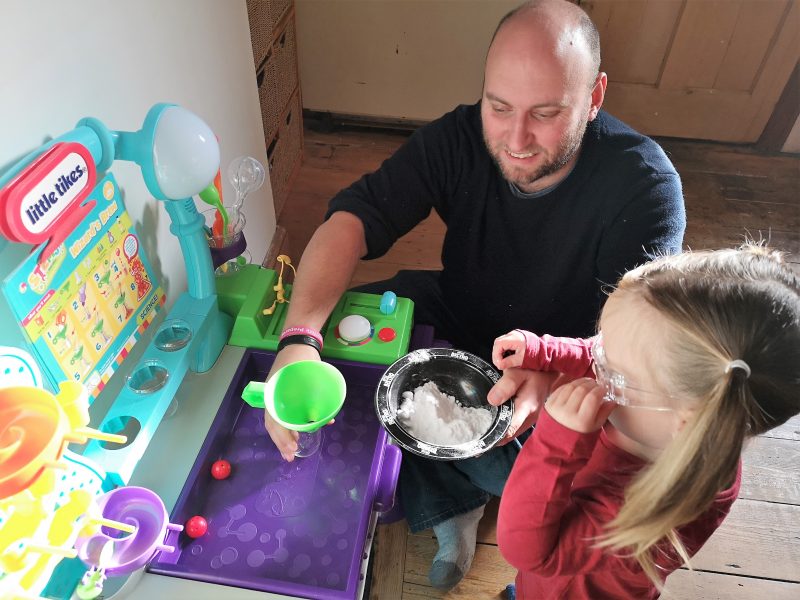 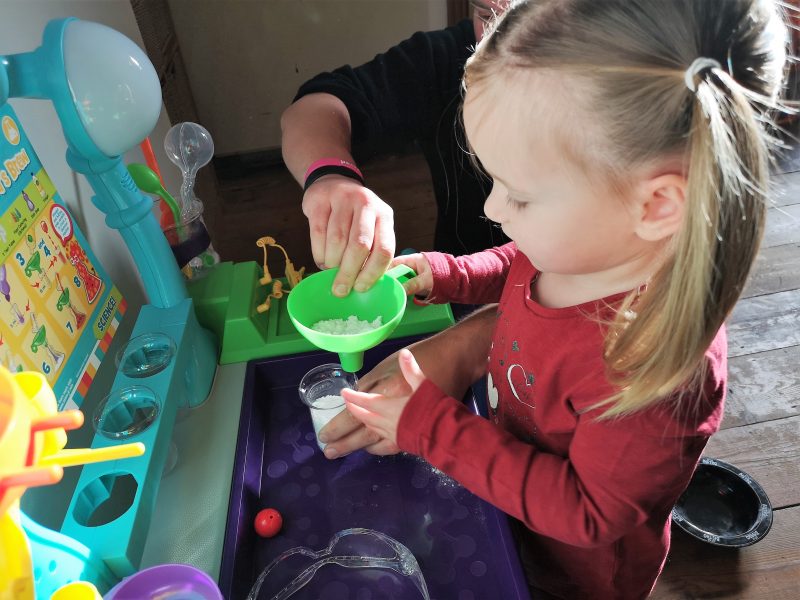 Not only did Erin enjoy doing each part of the experiment but she loved seeing what happened at every step. As a parent, I loved seeing the wonder and amazement on Erin’s face and to hear her ask questions about what we were doing. After we had done one thing she wanted to do it again just to see what had happened again. 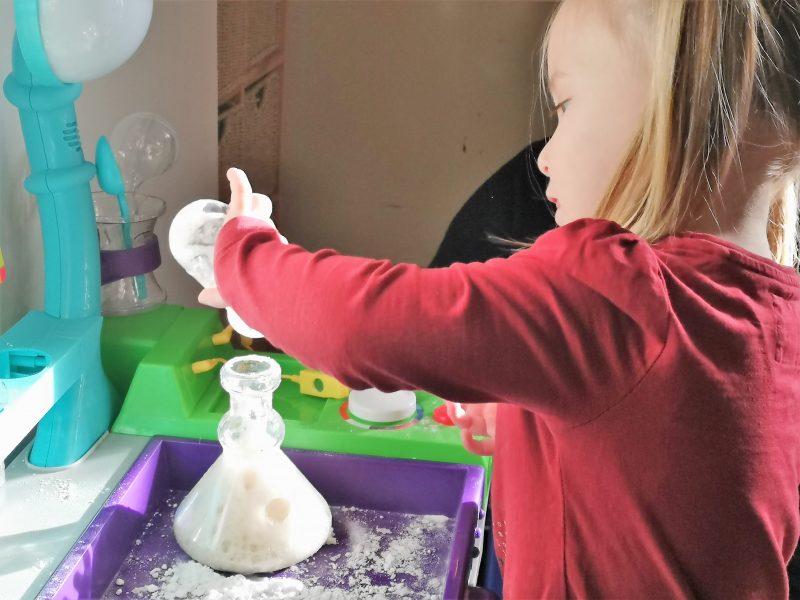 One thing I will say is be mindful of where and how the Wonder Lab is played with. A toddler who is nearly 3 and food colouring can end up being quite a dangerous combination. Make sure you have some kind of messy mat down and the unit away from a wall and you’ll be fine.

Although there are experiments to follow with the Wonder Lab Erin found her own ways to play with it as well. As Erin is on the lower end of the recommended age I know we are going to get a lot of use out of the Wonder Lab and as Erin changes, we will play with it in different ways. 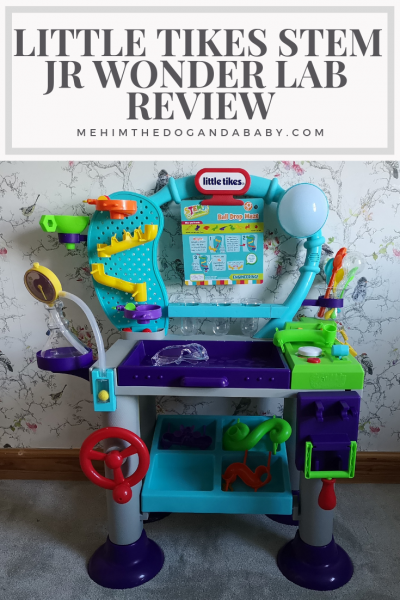