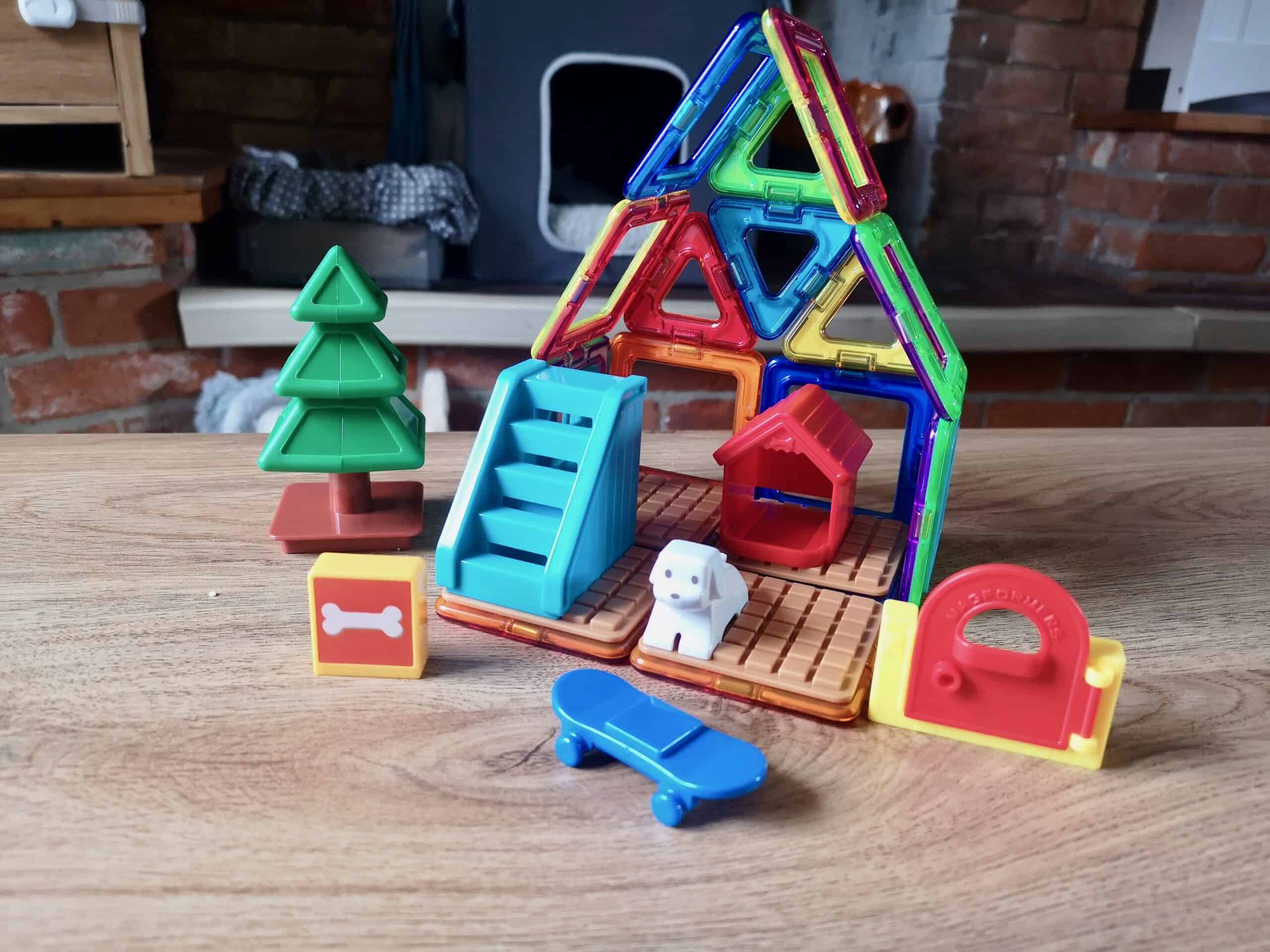 Earlier this year Erin discovered Magformers for the first time. It was unlike anything she had ever played with before but she took to it really quickly. The ‘My First Play Set’ was a great place to start and for Erin to learn what she could and couldn’t do with the pieces. Magformers* kindly sent Erin a couple of new sets to try out and one of them was Milo’s Mansion Set*. 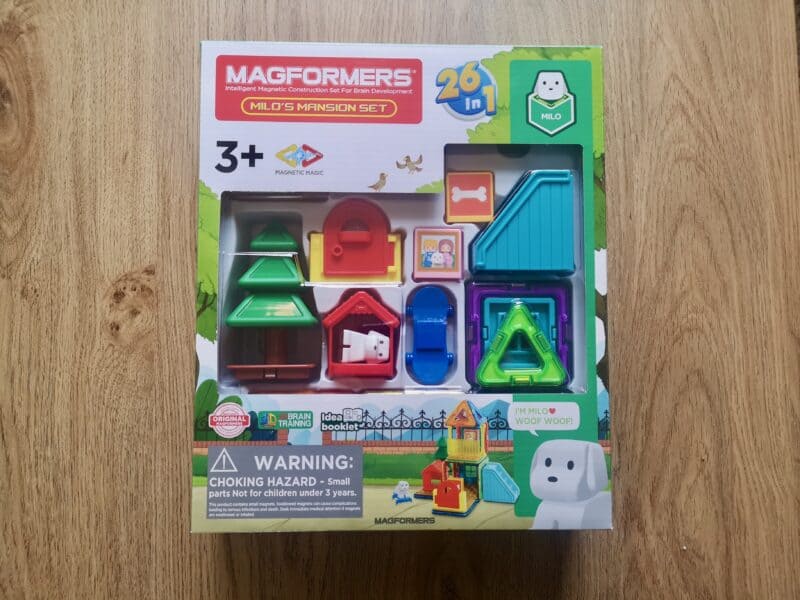 Milo’s Mansion Set is part of the 2019 miniworld series which also includes Minibot the robot chef, Max the boy and Maggy the girl. You can build the sets up together if you have them all to make it like a row of houses of friends who can all play together. This set comes with 33 different pieces. 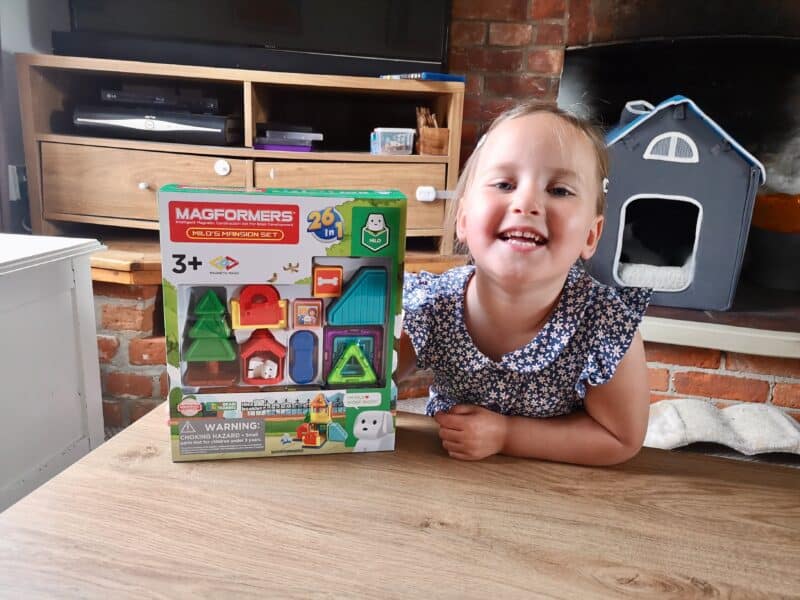 Erin was excited as soon as she saw this set. I think it was probably the dog and the skateboard that did it, and honestly, they are really great parts of the set. As Erin took all of the pieces out of the box I had time to look through the instruction booklet. Although I knew that you could build ‘Milo’s Mansion’ with this set I didn’t realise that there was different ways of doing it. I think this really helps make the set better value for money as there are more things that you can do with it. 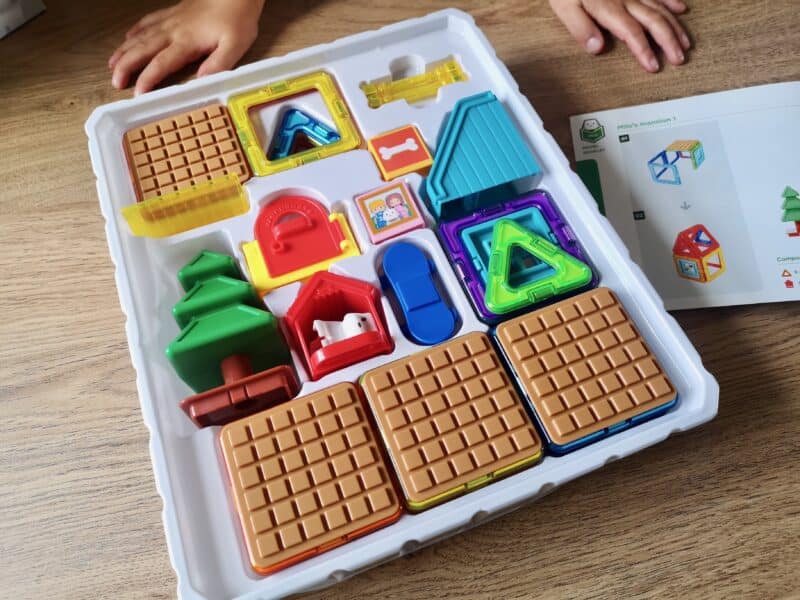 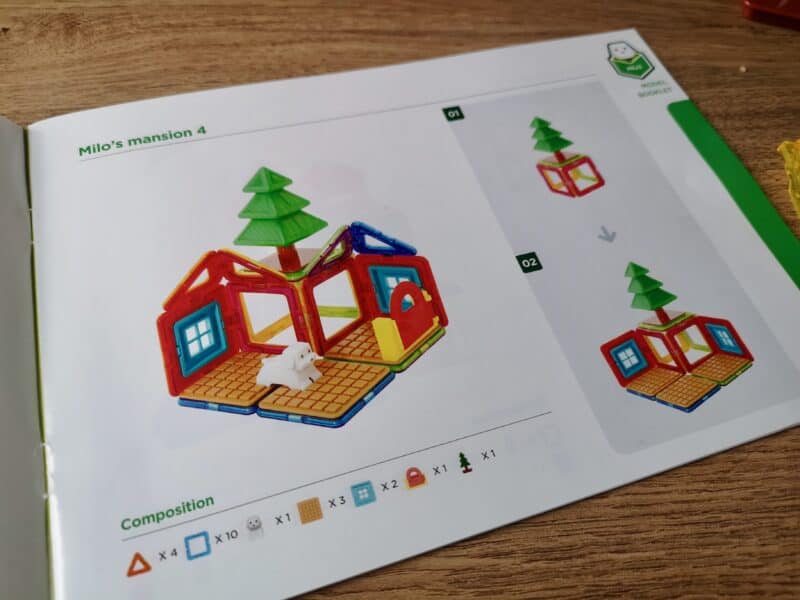 Erin, unfortunately, isn’t great at following instructions yet so building the houses took some work. I started them off for her and showed her where things could go. It was then up to her to add additional pieces and to make it her own. As each of the houses are quite different this allows children to change how they play with each one. Set ups that can be changed allow children to think up different scenarios and stories for a character and in this instance, Milo. Erin wanted to get some of her Duplo figures to join in as she wanted someone to look after Milo so I think she would definitely like one of the other miniworld sets. 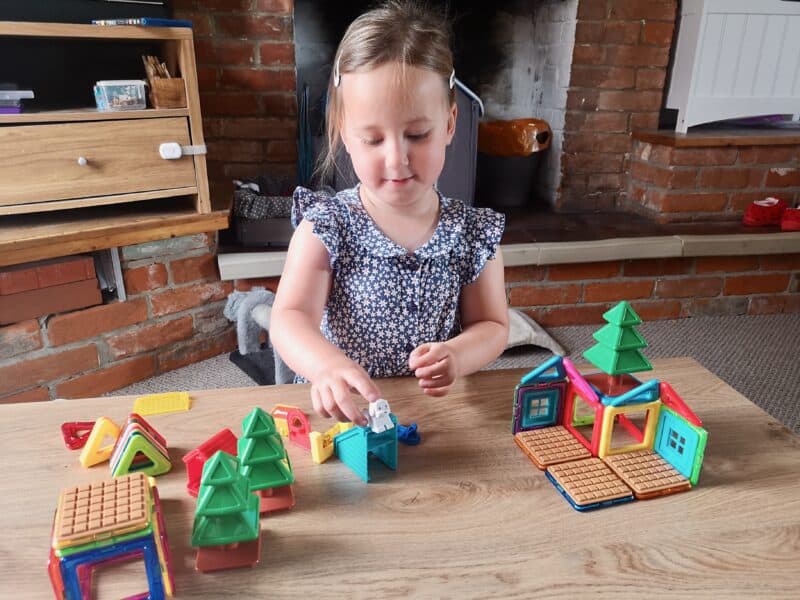 While our starter set was great, Milo’s Mansion’ had some really great features thanks to the accessories. Milo’s kennel was a fantastic place for him to sleep, the stairs allow for multi level buildings and the dog bone is an obvious must have. I really enjoyed seeing Erin putting Milo into different situations and coming up with ways to play on her own. She moved the accessories around as she played and found more thing that she could do with them. 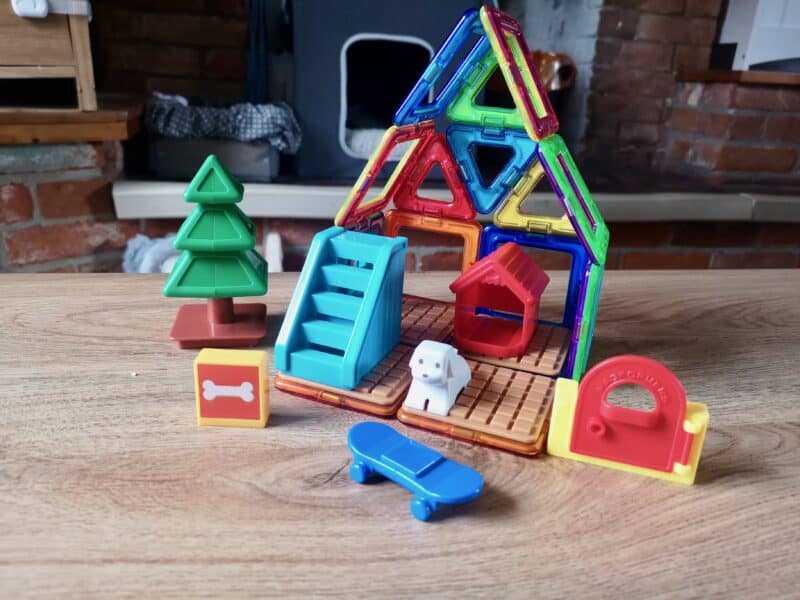 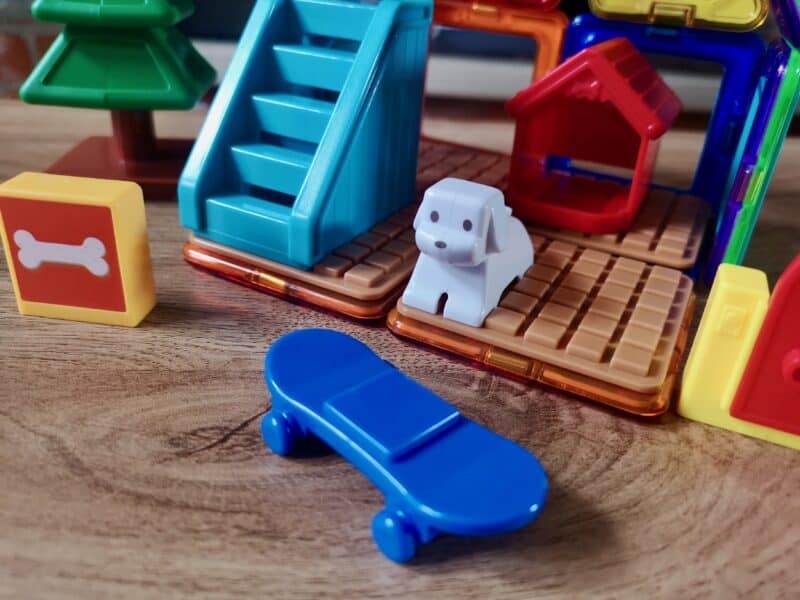 After we set up different houses for Milo Erin asked if we could add in some of our other Magformers pieces. Although she was a little sad that the other pieces weren’t as ‘shiny’ as the ones with this set, she quickly got over it. It’s great that all Magformers sets can be used with one another. If you have additional sets like we do then it really expands the possibilities of play. 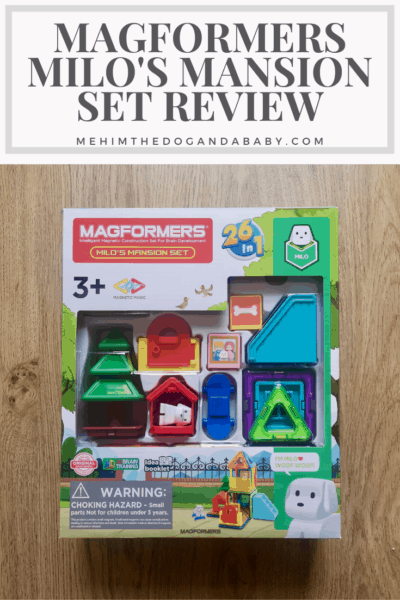