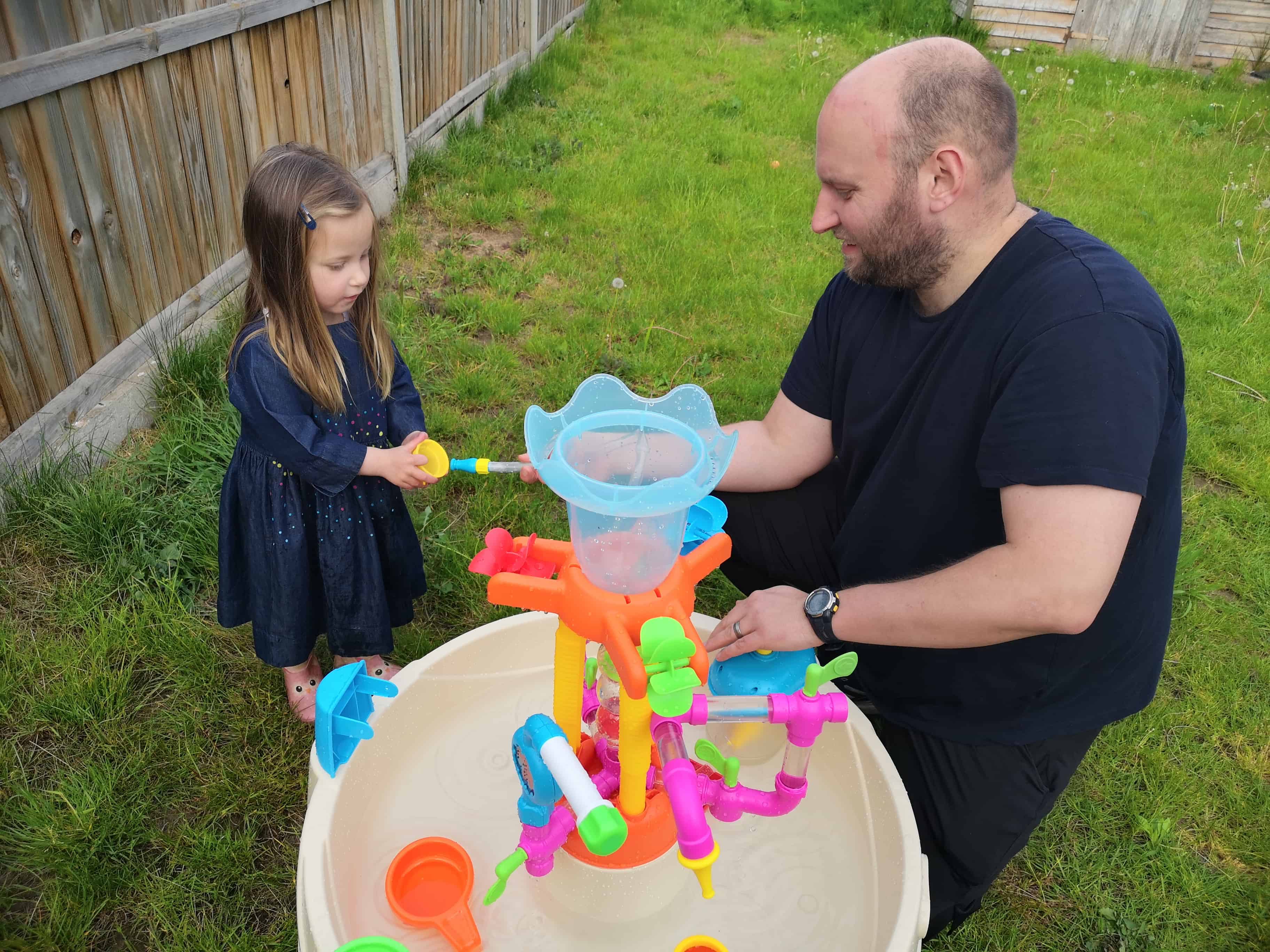 John and I have always had quite varied interests. When we first met John was a very keen runner and loved his exercise. Don’t get me wrong, he still does but over the years the time able to be spent training for marathons has become less and less. John works 6 days a lot of the time so if he does get some free time and a day off, he doesn’t want to spend it away from Erin. Now, our different interests mean that we approach parenting in very different ways.

For as long as I can remember Sundays have been John and Erin’s day. Although we are all home together, I have always tried to make sure that John and Erin get some time just for themselves as they don’t get much of it during the rest of the week. If he’s lucky, John gets a little bit of time in the morning before he goes to work at 7am and then a little bit of time when he gets home and before Erin goes to bed. 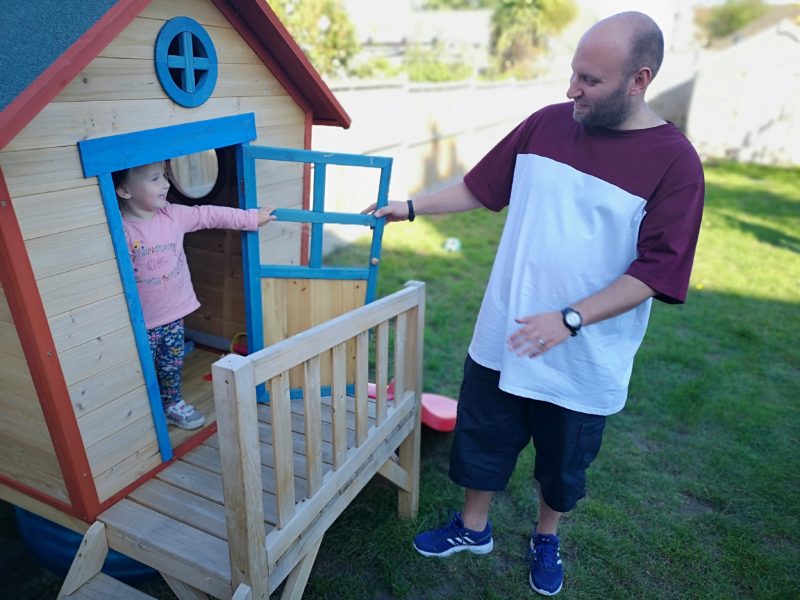 Up until recently John has taken Erin swimming every Sunday. Erin has weekly swimming lessons and until she was 3 it meant that John was able to take her free of charge. John loves doing something active with Erin as it’s where both of them are probably at their happiest! Now though, John has to pay for himself and we don’t have the spare money to pay for an extra weekly swim so we’re having to give that a miss for a while.

This hasn’t stopped John from staying active with Erin though. Sundays are now spent at the park if it’s not raining along with a trip to the library afterwards. We are able to access our local library even when it’s not staffed and Erin loves to do some colouring and find some new books for the week. John tries to make sure they are out and about for at least an hour and a half to 2 hours to make sure Erin has a good run around and some fresh air. 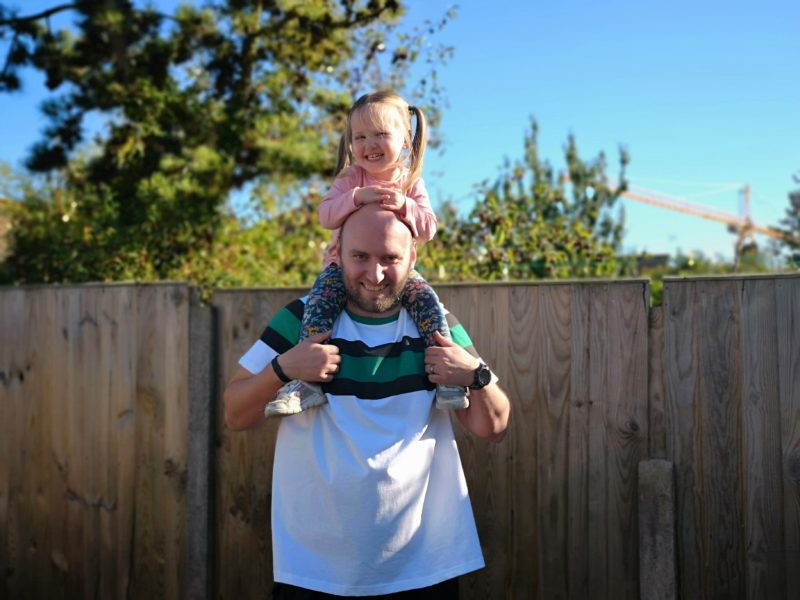 Even after they get home and Erin has had a nap, neither of them really stop. This past weekend they have played upstairs, ran around the dining table until Erin got dizzy (even then she tried to carry on) and played outside in the garden until it got dark. They just didn’t stop.

Me, on the other hand, have a completely different way of doing things with Erin. Where John likes to be as crazy as absolutely possible, I like to try to do things a bit more calmly. Don’t get me wrong, I am more than happy to take a trip to the park, go for a day out or even for a long walk if we can get somewhere nice but at home, I need it to be a bit less mad! 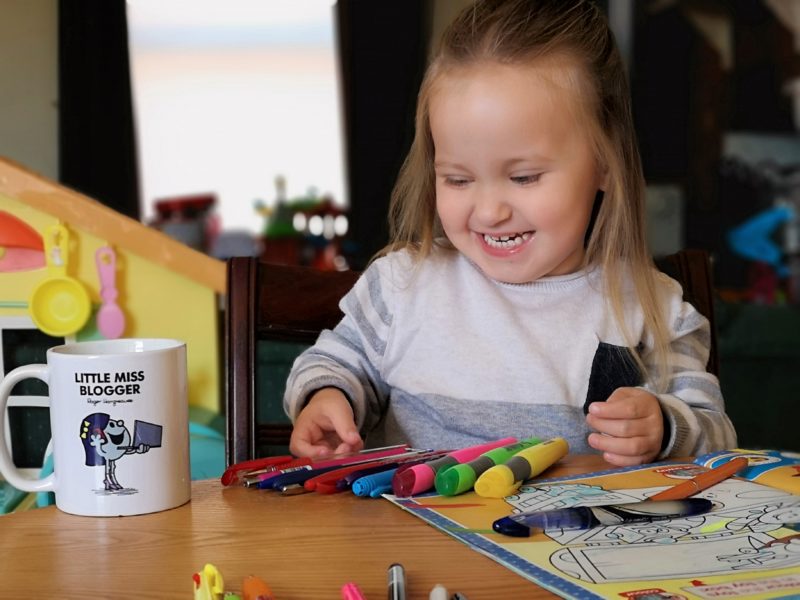 Erin and I tend to do things like puzzles, colouring, playing with any of the toys we have out at the moment. I think this is definitely more of an autumn and winter thing for us though because as soon as the weather gets nicer again we’ll be out playing in the garden as much as possible. When the weather is warmer I hate being stuck indoors and I love being able to get outside more with Erin.

I love that we tend to do different things with Erin. This way, she gets the best of both of us and she gets to do something different when John isn’t at work. We’re able to make the most of the things we’re both good at and make it work for all of us.