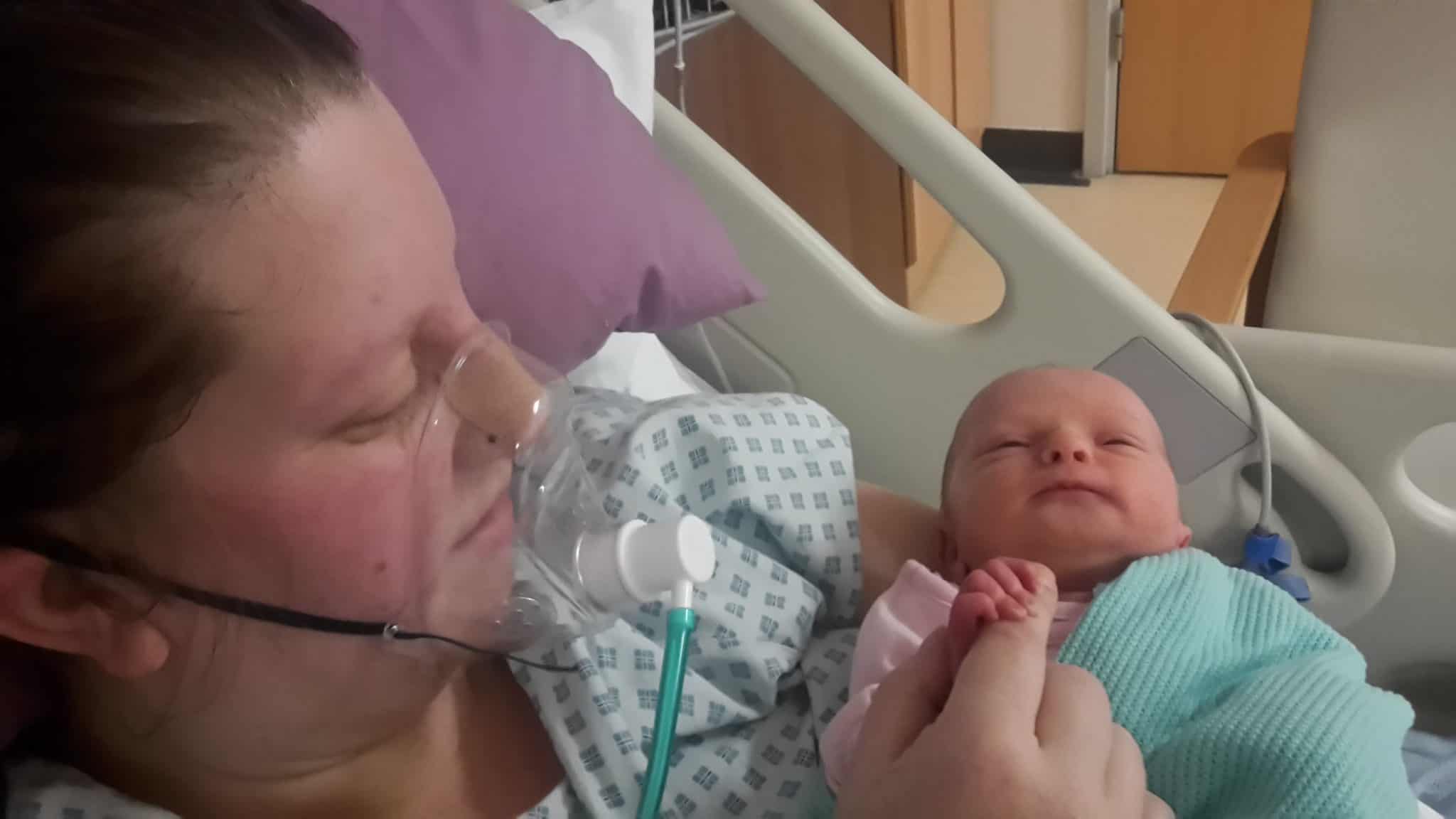 It has been months since I posted anything and that makes me a bad blogger! Last time you all heard from me I was 18 weeks pregnant and that was a long time ago!

As pregnancy goes, I had a pretty rough time of it. For the first three months or so I suffered with quite bad morning sickness and I was tired the whole time. I had a couple of months in the middle that I felt okay about but then the third trimester kicked in and everything got worse. The sickness came back with a vengeance and I ended up taking quite a lot of time off work because of it. I couldn’t sleep because I was either up being sick or had the worst heartburn ever which then meant not being in a fit state to do a 9 hour shift. There was also a couple if times vomiting blood and trips to the out of hours doctor.

Pregnancy wasn’t all bad though even though I didn’t enjoy it very much. When I first found out I was expecting I was dreading being able to feel and see my baby move inside me. I know most mothers look forward to this but the idea of it really freaked me out. However, it was the one thing I loved about being pregnant. I would lay in the bath for hours and watch my baby move around (because that’s where she did it the most).

At 34 weeks I had a growth scan which showed our baby to be very small for the date (I barely even had a bump!) and they guessed at her weighing just under 4lb! I ended up being induced at 36+2 and our little girl Erin made her appearance on New Year’s Day (Erin was born at 7:56am and weight 4lb 8oz)! I thought pregnancy was bad but that was nothing compared to what I had to go through in hospital.

Being induced and Erin being so small meant she got distressed during normal labour and I ended up having an emergency c-section. Erin didn’t like this either and got a bit stuck as the surgeons were tying to get her out. Other than that I thought everything went okay but I was quite wrong. I managed to get some kind of infection from the surgery so I was pumped full of pain killers and antibiotics for nearly a week. My temperature kept going up and down and I was constantly having to have oxygen but during this time I thought I was getting better; I was walking around on my own and wanted to eat. One night things took a turn for the worst and the next morning I had a tube down my throat to try and empty my stomach, was booked in for all kinds of scans and eventually I was told I’d be having surgery again to clear the infection. At this point I was so ill that I’d sort of given up.

After the second surgery I felt so much better! It took a few days of recovery, more pills and a lot of being checked up on, the doctors finally said we were nearly ready to go home. By the time I was discharged we’d been in the hospital for 13 days. John hadn’t left the hospital since we got there and was trying to look after me and the baby all at the same time. I had barely spent any time with Erin the whole time we were in hospital so I was very ready to get home and bond with her properly, even though I was still very limited in what I could do.

January was a very different month to what I was expecting. Erin wasn’t even due until 25th January so she was very early. Although having her was an extremely stressful and emotional time, I wouldn’t change having her for the world!