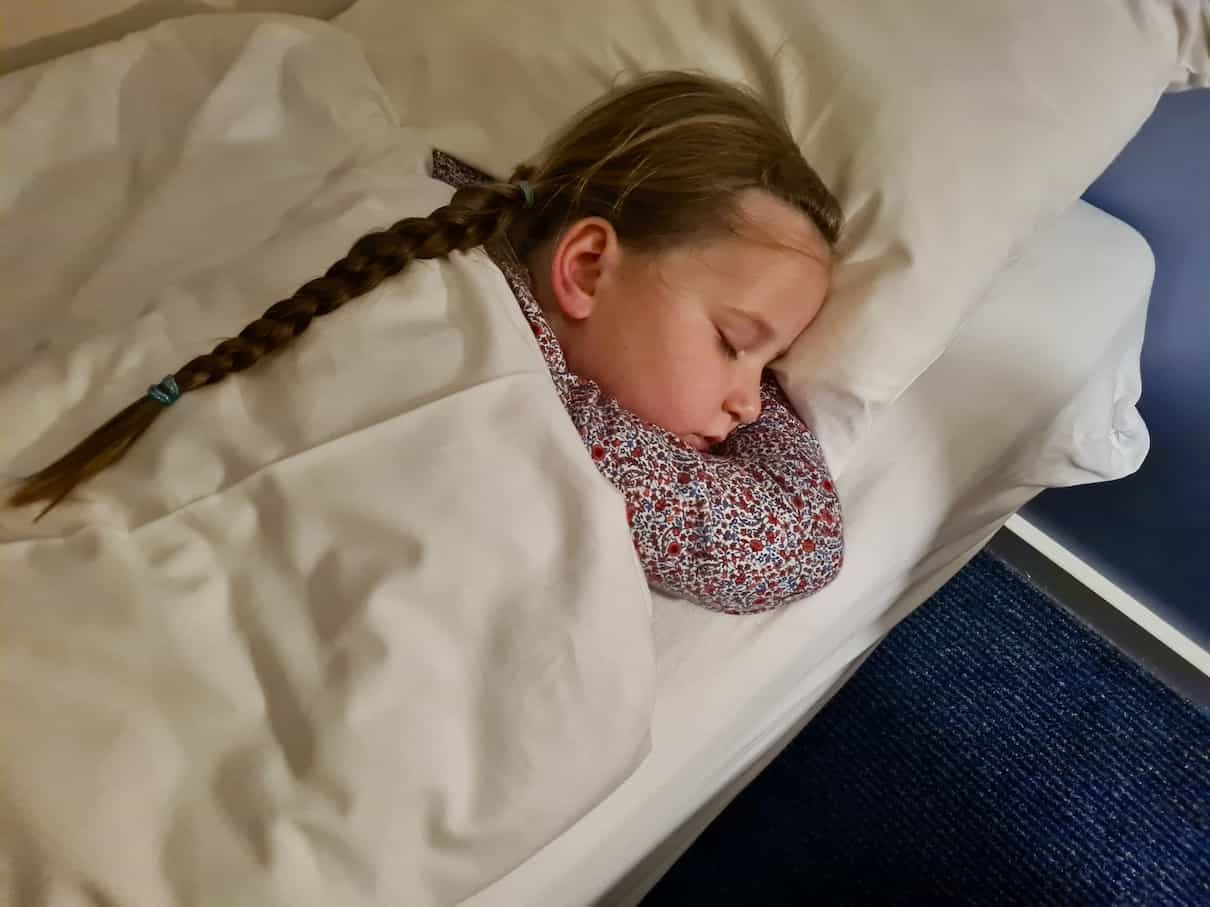 You might have read a post from us at the end of the summer holidays from when we stayed in Norwich for a couple of days. We managed to take advantage of a buy one night, get one free offer from Travelodge and when we did, we also booked a couple of nights for October half term as well. So, this is where we stayed last week for 2 nights.

We started our day at one of Erin’s favourite places in the city, Labyrinth. We have been there quite a few times now but Erin always asks to go back and never wants to leave once we’re there. Due to COVID, things have changed a little bit so we had to book a table in the play cafe separately from laser tag. This wasn’t an issue for us though as it meant we were really able to plan our time better before being able to check in to our hotel at 3pm. 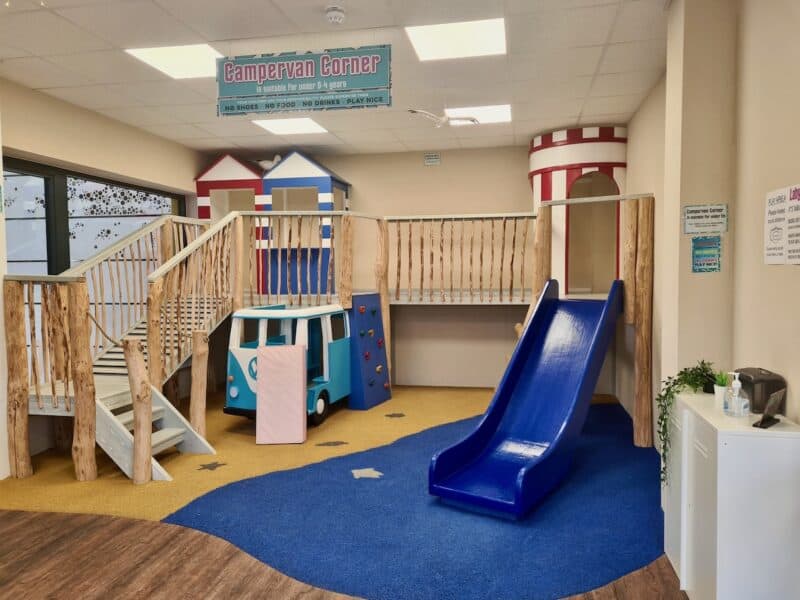 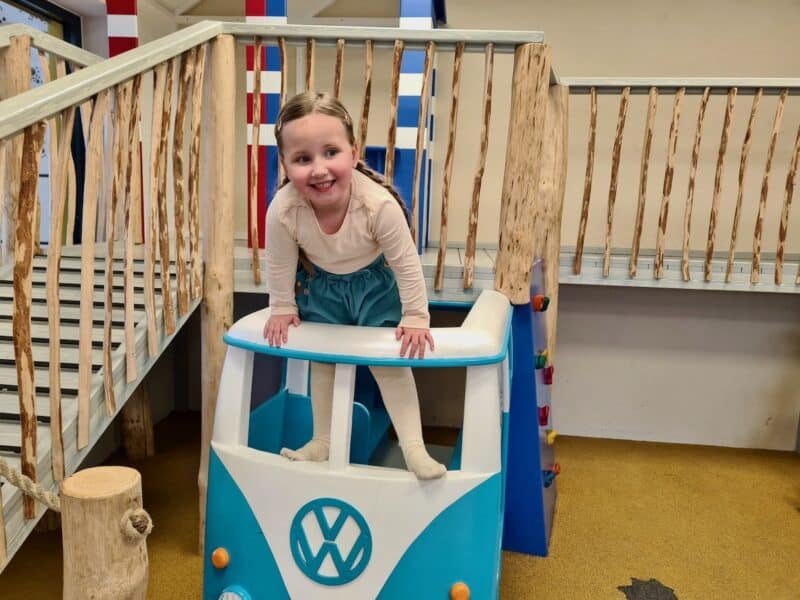 As we only had a light lunch at Labyrinth, and I knew we would, I booked a table at Prezzo for later in the day. John and I had a voucher so we got a 3 course meal and then we only had to pay for Erin’s food so it worked out really cheap for us. I always try to save money when I can if we’re away anywhere and vouchers we’ve saved are a great way to do that. 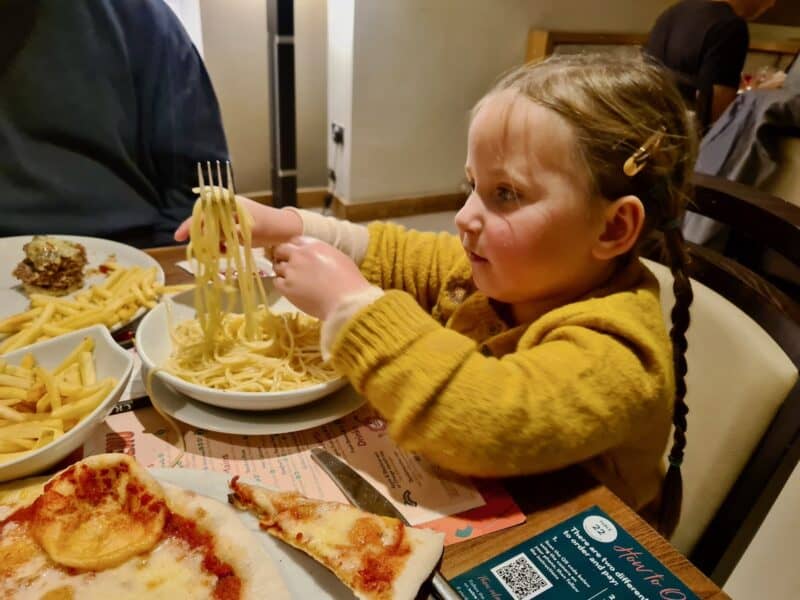 Tuesday was the day where we had bigger plans. If ever we ask Erin where she would like to go for a big day out she always says Roarr! Dinosaur Adventure. We have been a few times, most recently being during the summer holidays. As we were already staying in Norwich it was a little bit easier for us to get there as we could just get a taxi (fixed price, see the Roarr website) there and back. Of course, being at the end of October meant planning a bit better and making sure we had spare clothes etc. in case the weather was bad. 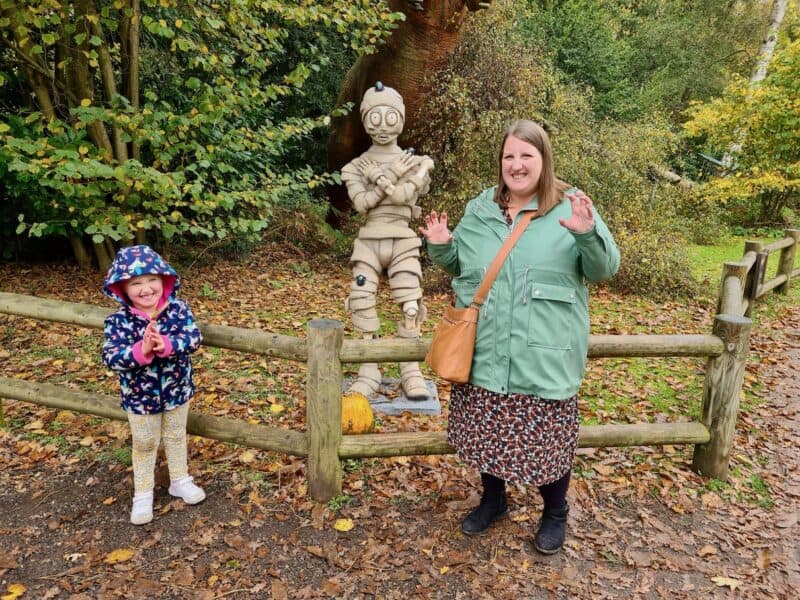 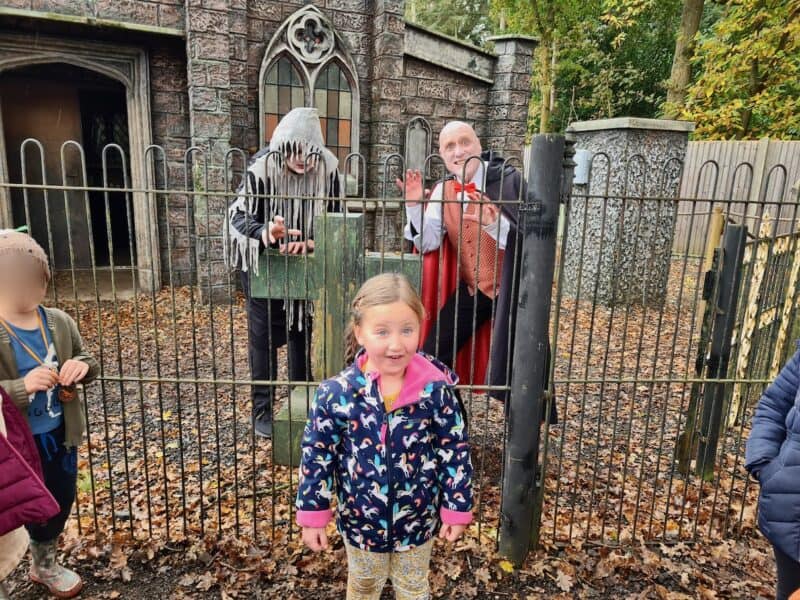 After a short break back at the hotel we only left to go and get a quick McDonald’s dinner around the corner and have a look around the city at night. It’s not something Erin’s ever been able to do and she’s hardly ever out when it’s dark so she really enjoyed seeing loads of different things. 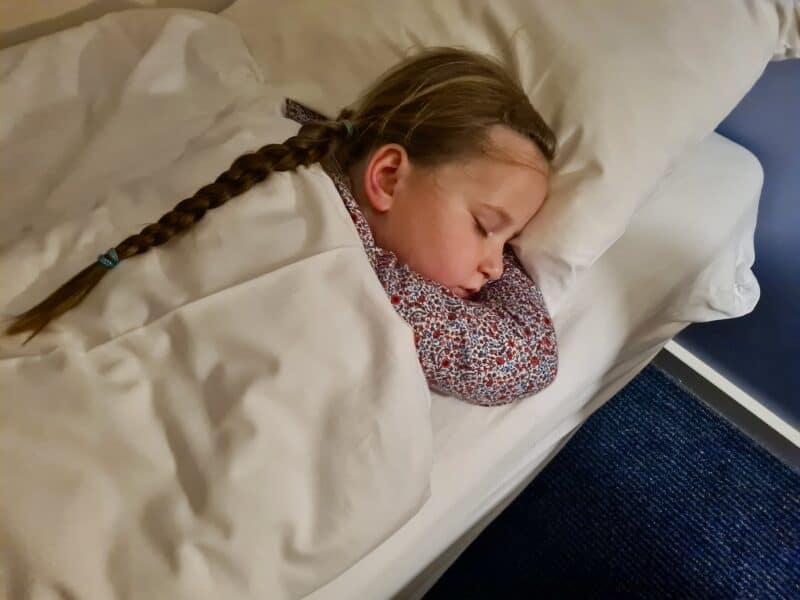 For Wednesday we gave Erin a few different options for things to do but she really wanted to go bowling, something we wasn’t able to do last time we were in Norwich. We chose Superbowl in Castle Quarter as they had an offer where we could all have 1 game for £3 each, meaning we only paid £9. 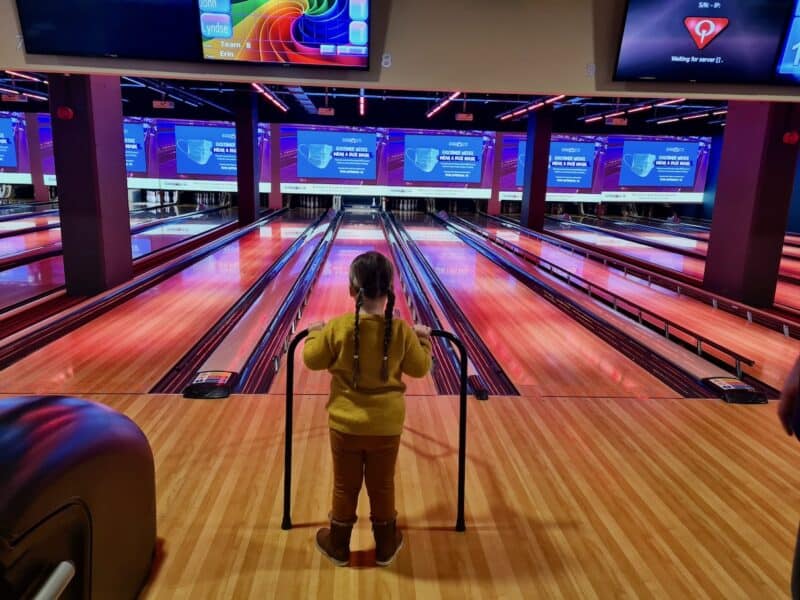 After bowling and a play at the arcade we had booked a table at Pizza Hut. Normally, it’s somewhere we would go for their all you can eat buffet but things are obviously a bit different now so we went ready to see what the ‘Bluffet’ was like. I’ll be honest, it wasn’t anywhere near as good as the regular buffet but it did mean that we could eat a couple of small pizzas each and Erin was super happy. I was sad to see that the drinks weren’t refillable either like they were before and this definitely makes the bill a lot more if you want extra drinks. 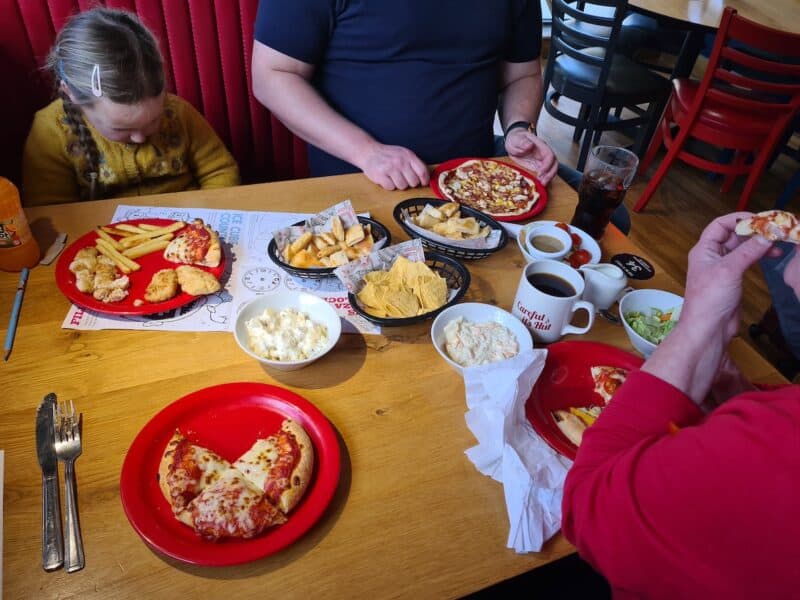 Norwich may only be 30 minutes away by train but we had the best time. Erin was an absolute dream and we barely had any tantrums or tears over all 3 days. I definitely think this helped the trip to be more enjoyable for us all. Erin loves going to stay in Norwich so hopefully we get to do the same next year at some point for a few days. 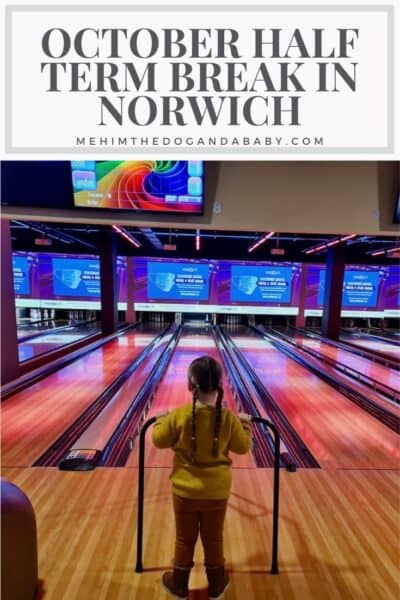 6 thoughts on “October Half Term Break In Norwich”