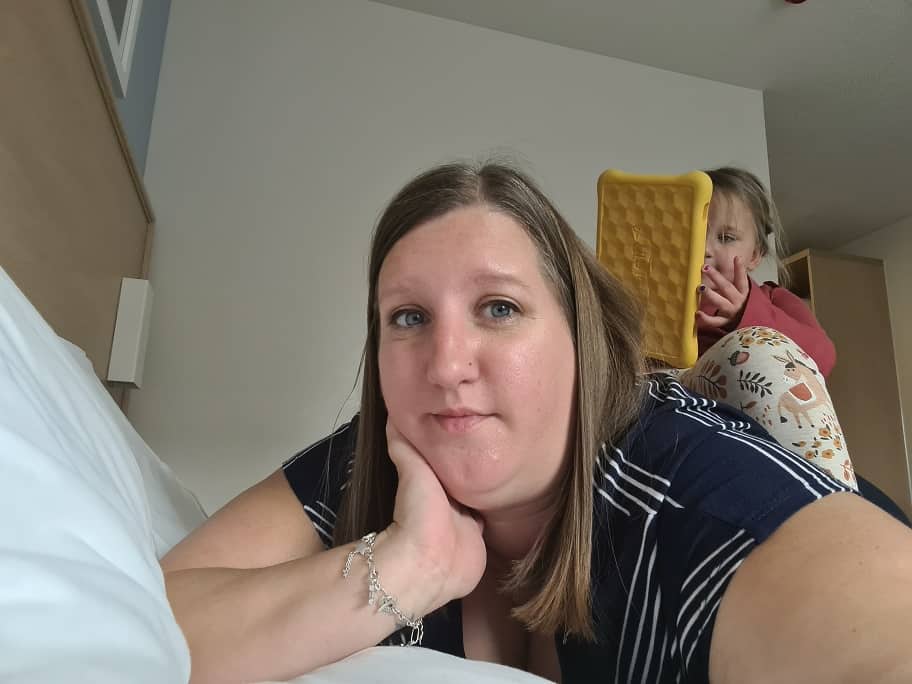 At the beginning of last week, just before the summer holidays ended we managed to get away for a couple of days to Norwich. This is really only down the road for us, being a 30 minute train journey away. However, we never seem to get enough time there and our day trips are always really rushed. Travelodge had a great deal at some point during lockdown where they offered hotel stays with 2 nights for the price of 1. We ended up booking two separate trips to Norwich (the other for October half term) for less than £100 and for a total of 4 nights.

We started our trip by going to one of our favourite places in Norwich… Labyrinth. They had put on a deal (that had to be booked online) where you could get 2 games of laser tag each for £3 and then pizza, 2 bowls and chips and 2 drinks for £10. We hadn’t been since January and then Erin broke her elbow so we didn’t manage it again before lockdown happened. There was only 2 other families during our session so we had loads of space to play and we had our own table for when we wanted a break and to eat. 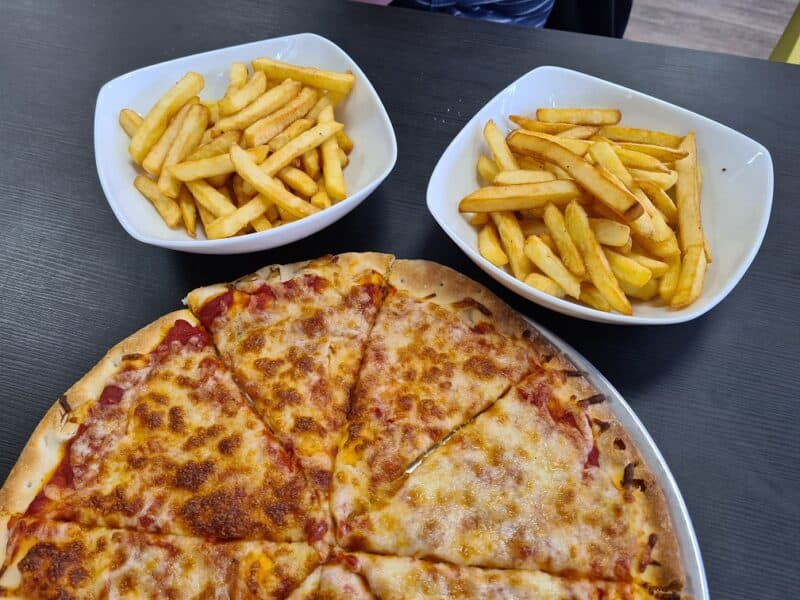 After our 2 games of laser tag our food was brought over to our table and we were also asked if we wanted our drinks. Everything felt really safe and well thought out (the phasers were even cleaned between games). Labyrinth is now open more and I know we’ll be back again soon. It really is one of our favourite places!

After lunch we had a bit of a wait until we could check in to our hotel so we did a bit of shopping. Erin had grown out of nearly all of her clothes for autumn and winter so I needed a trip to Primark to stock up on a few essentials. This filled the time nicely and then we were able to go and check in.

We stayed at Travelodge Norwich Central which is located on Queen’s Road so only a few minutes walk away from anywhere in the city center. It is located on a big main road though so there is a bit of noise. We weren’t bothered too much about this though and it didn’t stop us from being able to sleep, even with the window open. We stayed in a family room and had so much space even with a big double bed and a small double sofa bed set up. Being as central as it was, it was a great place for us to stay as we had easy access to everywhere we wanted to go.

We didn’t do too much after this as Erin was already pretty tired. We nipped round the corner for a McDonald’s for dinner seeing as it was the last day of the Eat Out to Help Out offer and we wanted to make the most of it. John took Erin back to the hotel on his own though afterwards and I went off to Vue to watch Tenet on my own! Erin always gets to sleep better in hotels with less people in the room so it worked out well for us all.

The next morning we opted for Wetherspoons for breakfast, a first for Erin. The hotel was only offering takeaway breakfast packs and it wasn’t what we wanted, especially for the price but we had loads of choice in Norwich for places to go. Sadly, a child’s breakfast wasn’t available so we ordered a few extras for Erin and she had sausage, toast and hash browns which she really enjoyed.

We had already booked to see The Snow Queen: The Mirror Lands at Vue for this morning. Tickets were less than £10 for all 3 of us as it was part of a morning special for children and there was only a few other people in the cinema. This was the first time Erin had seen a full length film at the cinema and she was glued to the screen the whole way through. It did help that we had stocked up on snacks at Wilko a bit earlier in the day!

For lunch we went for a Subway and took it to Chapelfield Gardens to eat. Erin was not impressed though as the ham was a bit too good for her and I wish I’d gotten her cheese instead. She was quite tired by this point and grumpy so her and John went for a rest at the hotel while I did some clothes shopping for Erin on my own!

After a much needed break we took a stroll down to The Plantation Garden, somewhere I’d wanted to go for a while. Erin was quite excited about seeing a flower garden and we didn’t really know what to expect. Entry costs £2 and there is just a box to pop this in on your way into the garden. The Plantation Garden is really beautiful and such a nice place to visit. It’s a walled garden with lots of different things to explore, such as steps and old parts of buildings like windows and what might have been doorways. Erin really loved having a good look around but I expect that this is a lovely place to relax as well. We were all pretty tired after a long day so we all just chilled in the hotel room for the evening after this!

The next day we sent John out to bring a McDonald’s breakfast back to the hotel so we could have a bit more time to get ready and to make sure we were all packed. We had to do a bit of shopping in Norwich to find some presents and we ended up getting most of this at Wilko, as well as stopping in their cafe for a second breakfast for Erin. We also managed a quick trip to M&S so Erin could pick a winter coat!

We had planned to meet my Mum at the train station just before 12 so we could all go to Bella Italia together and then on to the arcades for a bit of fun. Lunch was delicious and helped by the fact Mum had some Tesco vouchers to use that had been extended. It always helps when meals are a bit cheaper, especially when you’ve already eaten out over the past few days. Having Mum come and meet us for lunch was a lovely way to end our few days away. I now need to think about what we’re going to do in Norwich when we go back in October! 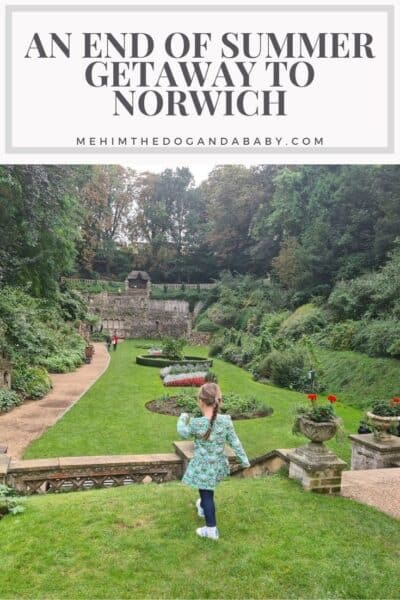 2 thoughts on “An End Of Summer Getaway To Norwich”