Peppa Pig is one of the few television shows that Erin will happily watch and enjoy. She ‘oinks’ at the television when it comes on and it was one of the first things she really recognised. At times I feel like Paw Patrol and In The Night Garden taken over so when I saw the Peppa Pig Water Filled Muddy Puddle from Bladez Toyz, I fell in love a bit. That was just me, Erin hadn’t even seen it!

Before the mat can be played with it takes a little bit of setting up. John set ours up and it was a bit trickier than either of us had imagined. To start with, filling the mat with water was really not that easy as there is only a little hole for it to go into and you can’t really see how much there is inside without stopping and checking a couple of times. Luckily, there is a handy line on the back of the mat that shows you where to go up to. Not only do you need to fill the mat with water but you also need to blow up the sides. We have a pump so this part was pretty easy and only took a couple of seconds. 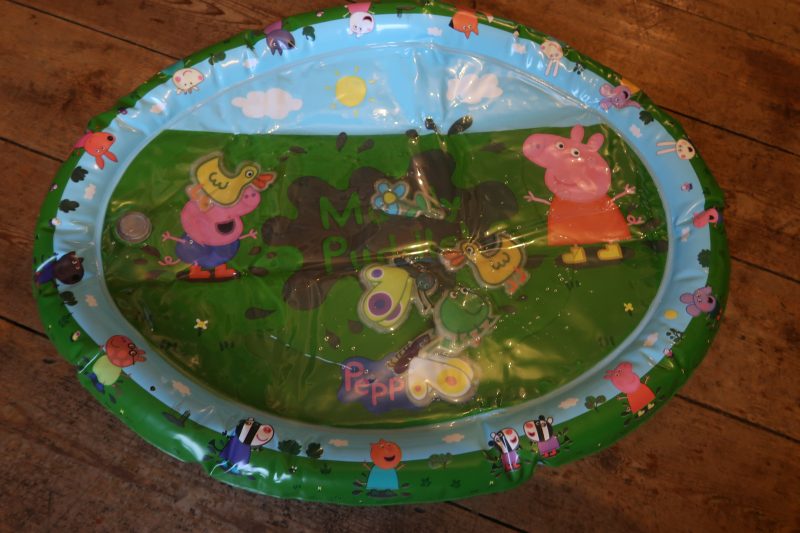 We had set up the Peppa Pig Water Filled Muddy Puddle all set up and ready to go for when Erin woke up from her nap. As soon as she came through the living room door she was pretty amazed. However, she was also quite cautious about going on the mat as she didn’t know what it was. Once I showed her though, she jumped straight on it. 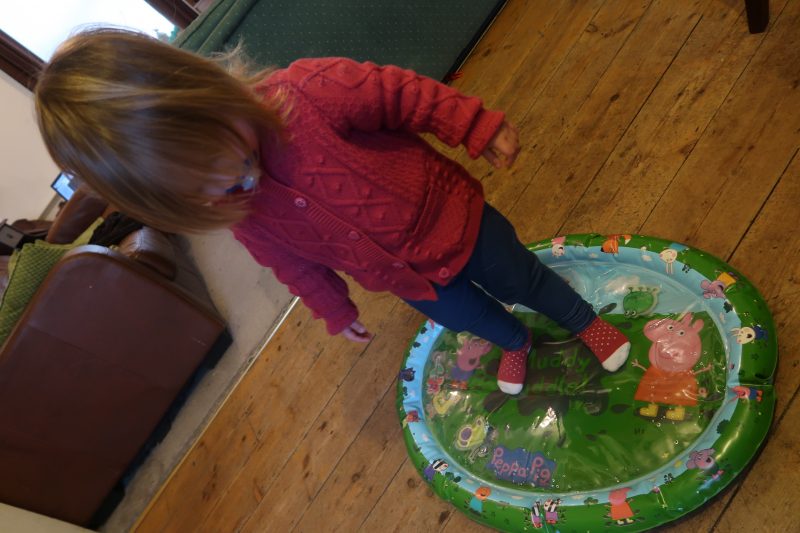 Erin doesn’t actually know how to jump properly yet but she has loads of fun stomping up and down on the puddle! She loves watching the water move inside and also pointing out what shapes she can see. Not only does Erin like stomping on the puddle but she really loves to get me or her dad involved to jump with her. She also loves to sit on it. 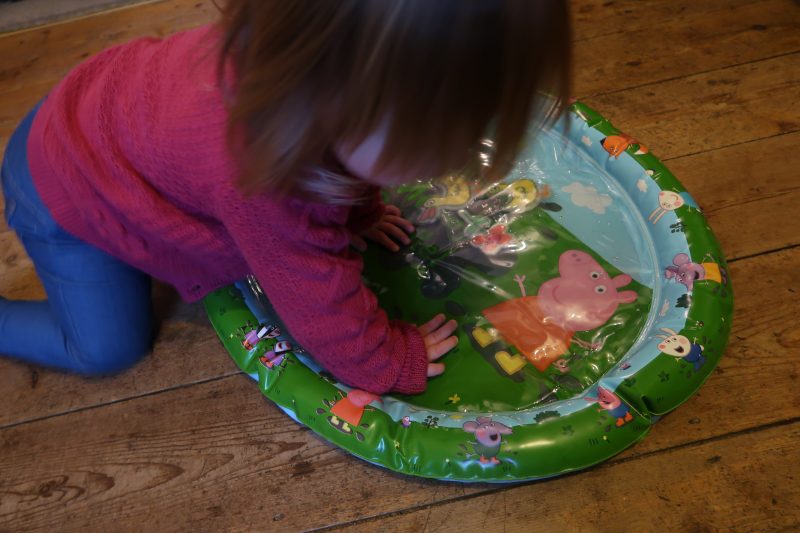 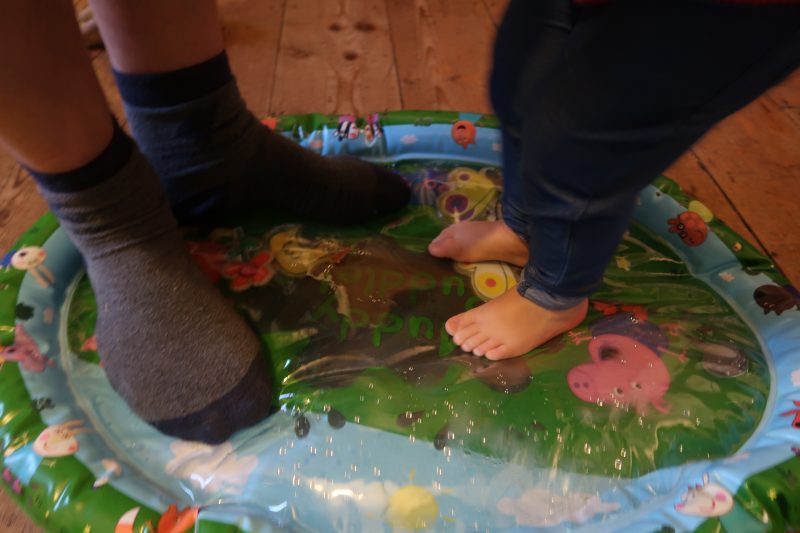 The best thing about the Peppa Pig Water Filled Muddy Puddle is that there is no mess! Erin can play along while she watched Peppa on television and we don’t have to go outside in the rain or mud to do it. The mat retails at £12.99 so the price is also fantastic!

Disclaimer: We were sent this product for the purpose of this post. All opinions are our own.