The first (and only) time I have taken Erin to the theatre was around a year ago and we saw Ben and Holly’s Little Kingdom. Being only 1 then, a lot has changed now that Erin is 2 and I had no idea what to expect when I planned to take her to see Peppa Pig’s Adventure at Norwich Theatre Royal. 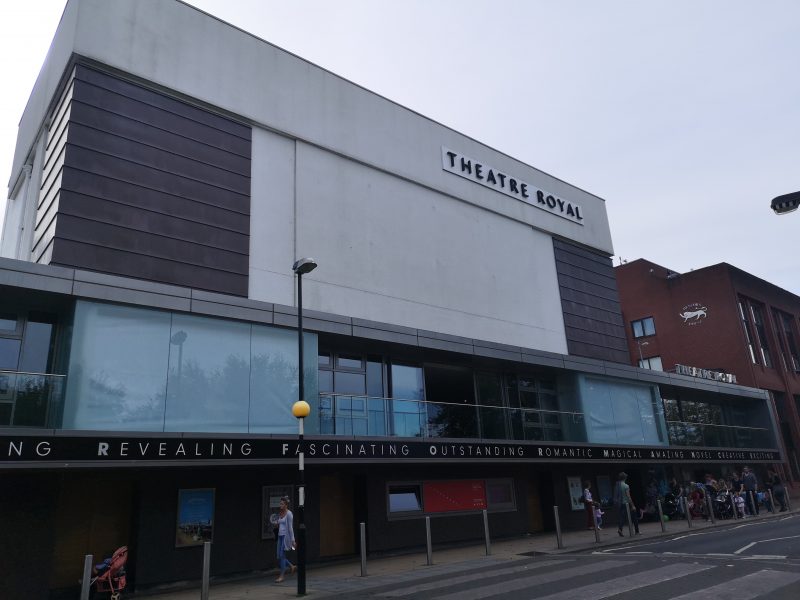 Erin had been asking all day when she would get to see Peppa Pig so as soon as we got to the theatre she was super excited and just wanted to explore. I think she’d have been really happy if we could have sat for a drink and cake in the cafe beforehand because it seemed like she wanted to get a good feel for where we was.

It was clear that Erin didn’t really remember her visit to the theatre because when we got to our seats (Circle, row B) she was amazed at everything! After last time, I made sure we were only in our seats for about 15-20 minutes before the show started and I went in armed with Magic Stars to keep Erin happy while we waited. 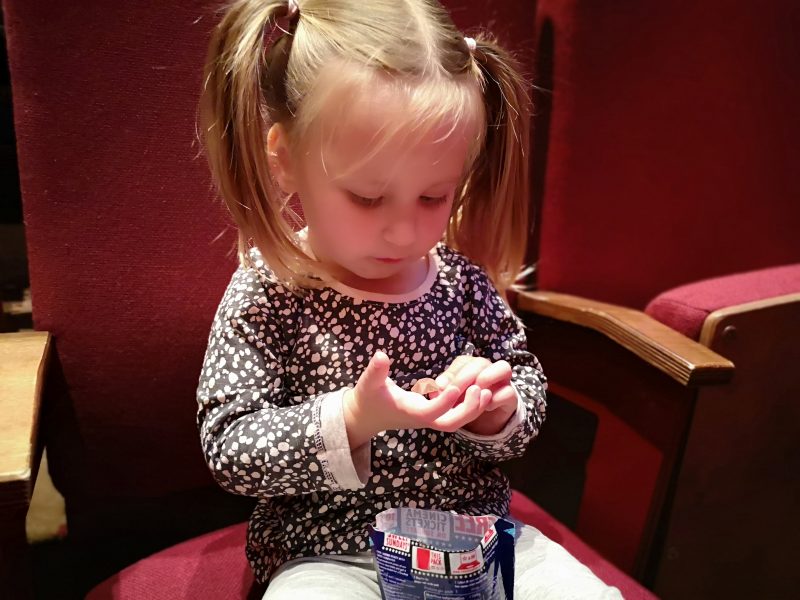 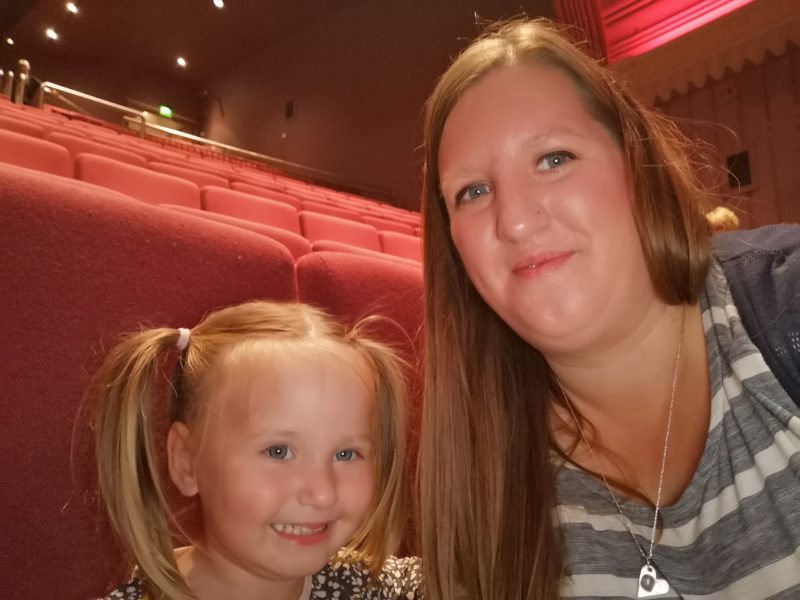 Peppa Pig’s Adventure follows Peppa and her friends as they spend a morning at school and then prepare to go on a camping trip. Well-loved characters such as George, Mummy and Daddy Pig and Madame Gazelle all make an appearance and lend a hand in singing songs and dancing throughout the story.

Erin was sat either on the edge of my knee or stood peering over the chair in front of us because she was so into the show. The whole time Erin was bouncing around, singing along and dancing whenever she could. Peppa Pig’s Adventure put the most magical smile on her face and I’ve never seen Erin like that before. When the show finished Erin was hoping that they were having a ‘little break’ again (the interval) and she left singing songs and still dancing.

Afterwards Erin was exhausted as she hadn’t napped all day from excitement and slept for a massive 2 hours on the way home. As soon as she woke up and saw her Dad she told him where she’d been and who she’d seen on the stage and was so happy about it. A big thanks to Norwich Theatre Royal for the tickets!

Disclaimer: We received press tickets for this show. All opinions are our own.