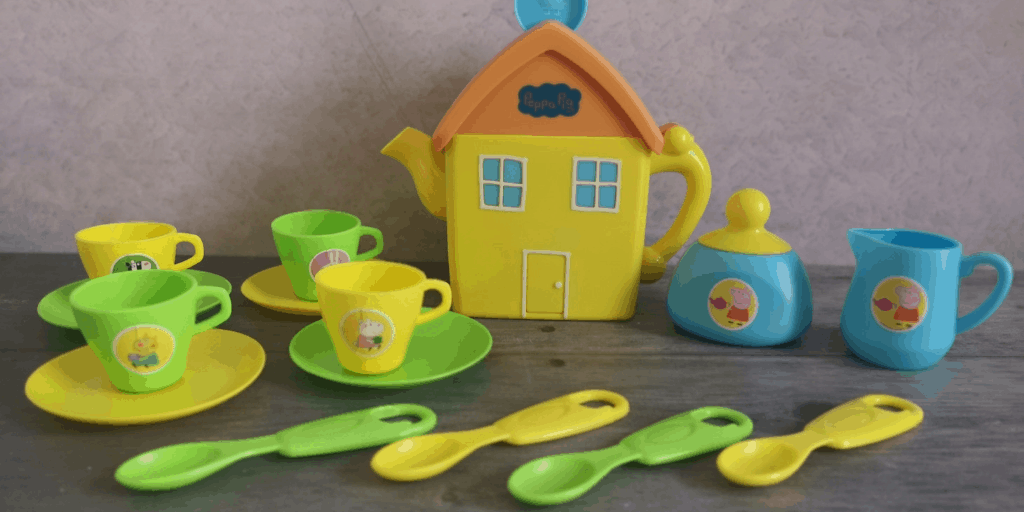 There are two things that Erin loves nearly more than anything else and they are Peppa Pig and a good tea party. Peppa Pig could be on our television all day and Erin wouldn’t mind at all. In fact, she’d probably be really happy about it. As soon as I saw that there was a Peppa Pig ‘Peppa’s house tea set‘ I knew it would be something that Erin would like. 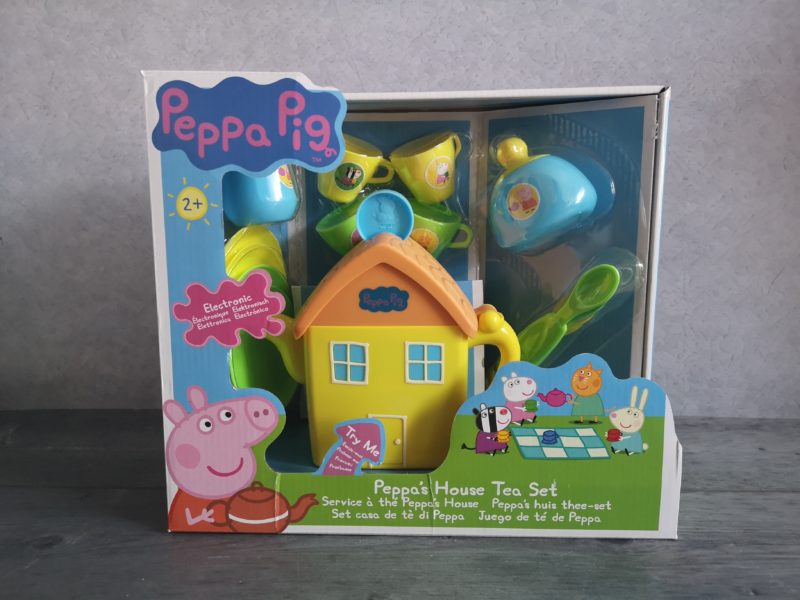 The Peppa Pig Tea Set comes with the following items:

Tea pot in the shape of Peppa’s house 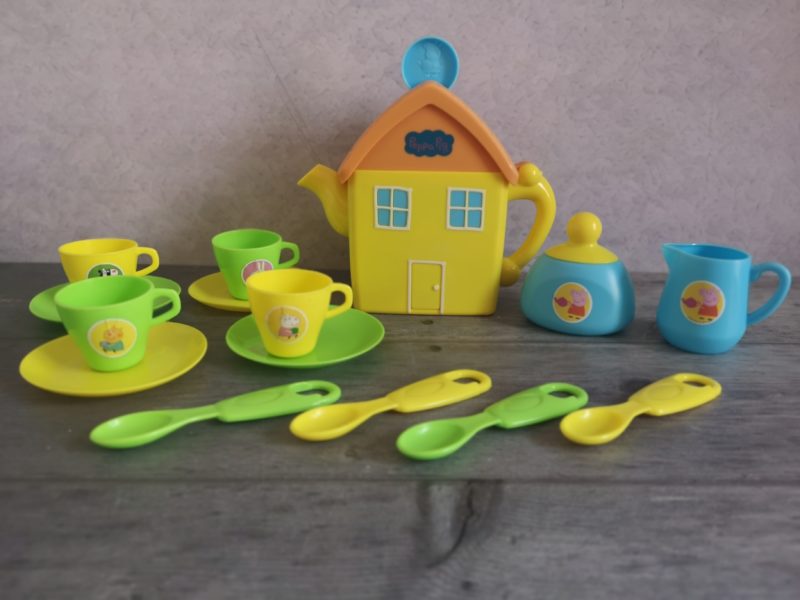 The first thing that stands out is that the whole set is really bright and colourful. The cups, saucers and spoons are green and yellow, the milk jug and sugar pot are bright blue and the house tea pot itself is also mostly yellow. These are great colours for pre-school aged children as brighter colours tend to affect the mood of a child.

Playing with the set

To use Peppa’s house tea set to the fullest you’ll first need 2x AA batteries which are not included. The tea pot makes various noises and sounds, such as playing the Peppa Pig theme when you press the door, and it also lights up! I really like that there are additional elements to the set rather than it being a basic tea set. This adds something a bit special to the toy and these features also help to tie it together with Peppa Pig. 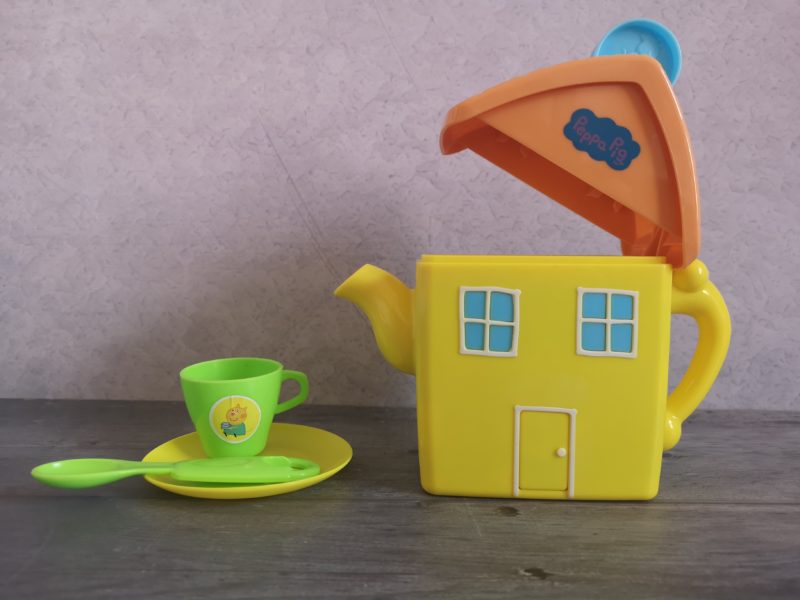 I think the pieces you get in the set are just the right amount and I like that there are the couple of extras with the milk jug and sugar pot. As John is a tea drinker Erin already knows how he likes his and what the method is for making a real cup. When she plays she likes to do so in such a real way so I think she’d be quite sad if she didn’t have the milk and sugar options there. 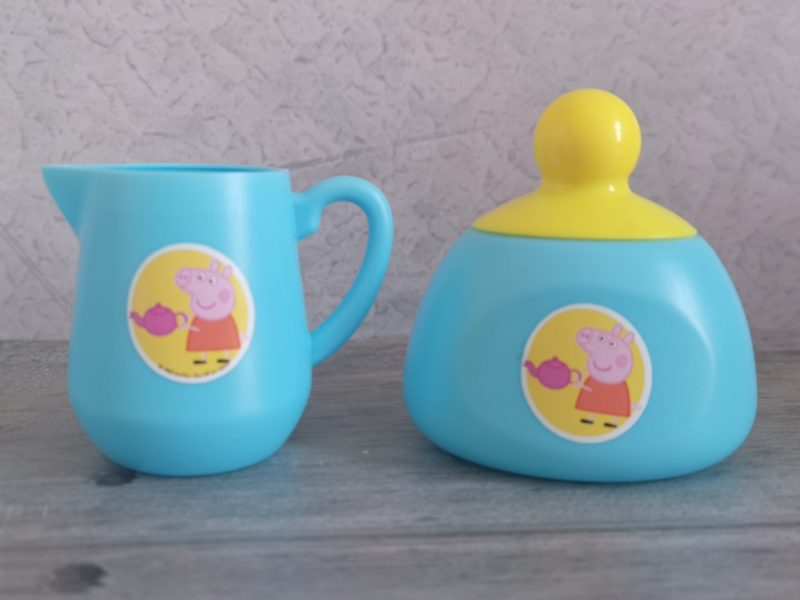 Each of the cups, the milk jug and the sugar pot all have a sticker on them which either shows Peppa Pig or one of her friends. I really like that the friends are all pictured drinking a cup of tea and that Peppa is the one pouring the tea. Some of the stickers haven’t been put on very carefully though and there are creases etc. and this is really my only negative issue with the whole set. 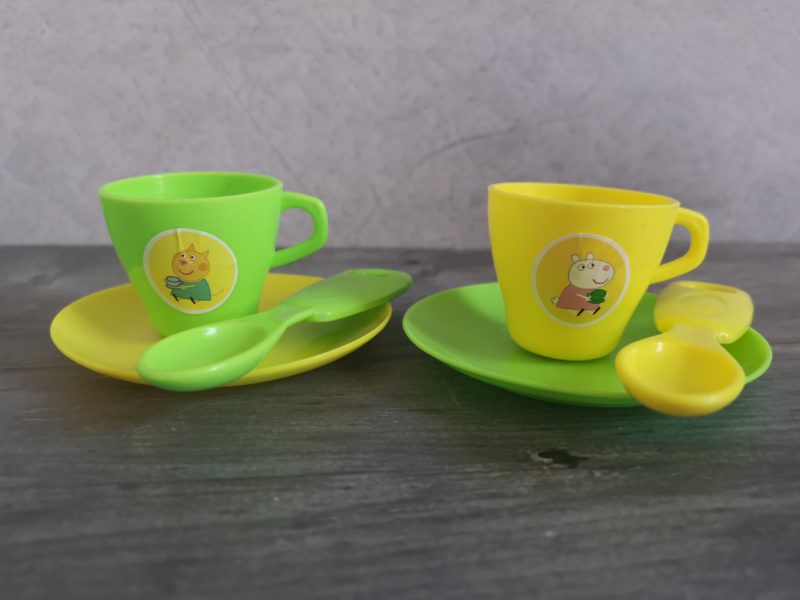 Peppa’s House Tea Set is such a lovely toy for any Peppa Pig fan. The only thing that could really make it better is by using it to have a tea party with Peppa and her friends! 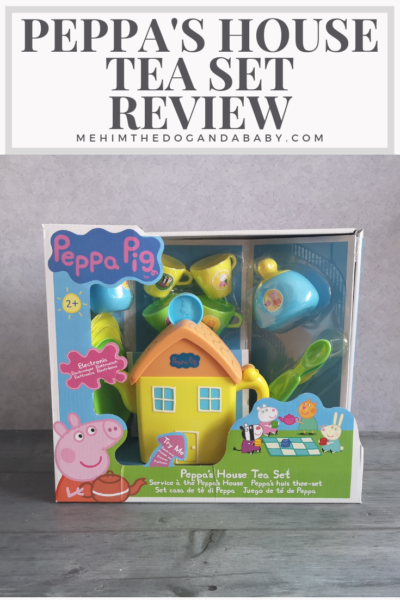