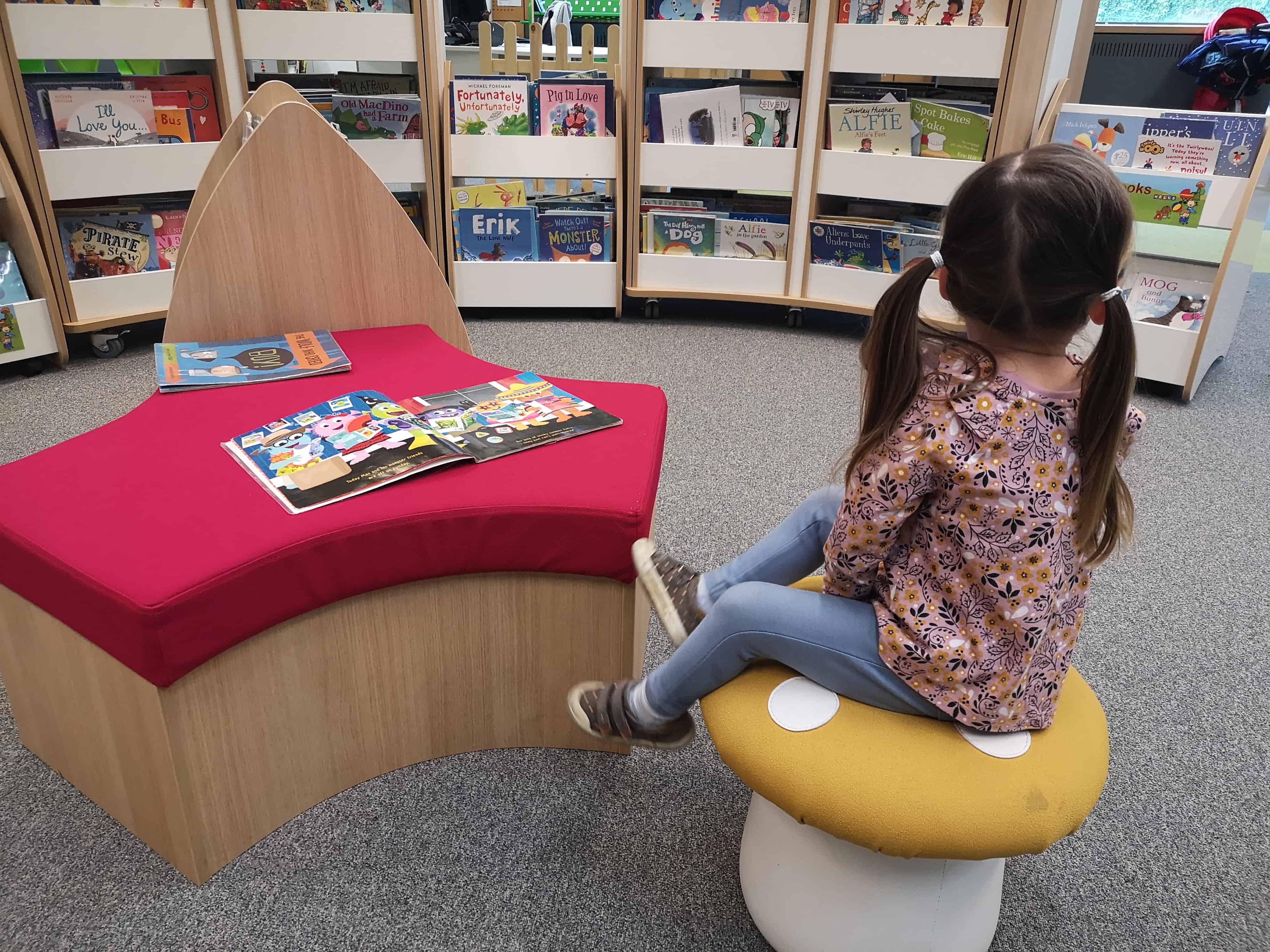 We don’t go into Norwich nearly as much as I would like and we definitely haven’t made the most of everything there is to do there. On a recent trip while we were reviewing COSMO we had some time to kill beforehand. It was a really wet and miserable day so we needed something to do indoors with Erin. Somewhere we had never been before was the children’s department at the Norfolk and Norwich Millennium Library.

One of the reasons why I wanted to go to the children’s library was because I had seen that it had been refurbished a few months ago. Erin loves our small library near home so I wanted to take her to one that was a lot bigger and a lot more exciting. We have out of hours access to our local library on a Sunday but this library is open as normal (check opening times) on Sundays and I don’t think I’ve known a library to do that before.

The first thing I noticed when we arrived was just how big and spacious it was. Our library is tiny and cramped and the children’s section really isn’t very big. It was so nice to see the different sections of books all spread out and clearly labelled. I can imagine this library getting quite busy at times but there is plenty of room to look around without being rushed because other people want to look as well. 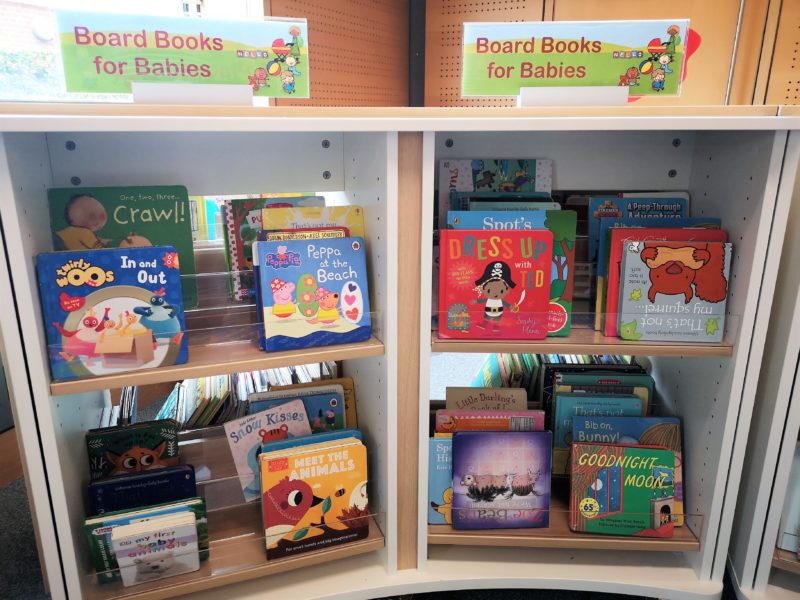 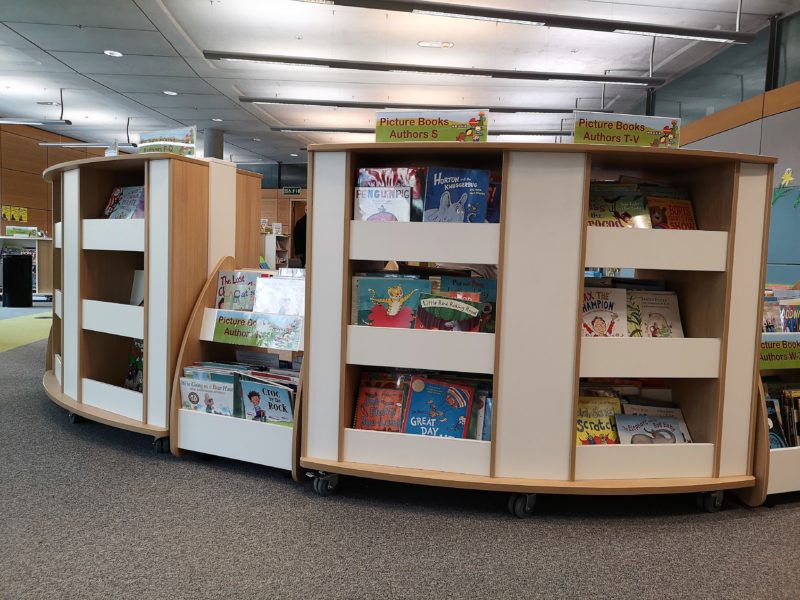 This really isn’t your average library as there has been so much thought put into what children like and need. Erin particularly liked the different kinds of seats such as toadstools or animals. She very quickly found a yellow toadstool to sit on where she spent some time figuring out what to look at first. 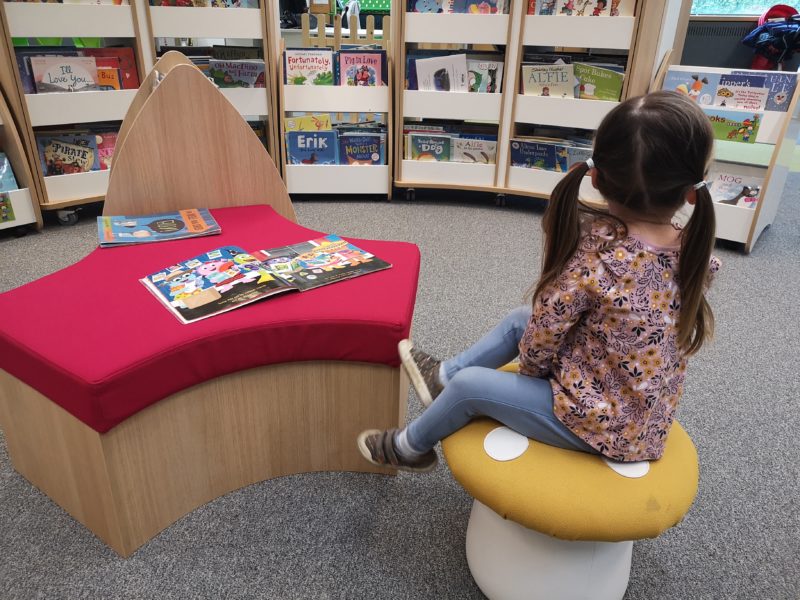 Instead of just being all about the books there are lots of things for children to do here. I personally loved the huge buggy park which was made from something like a picket fence. It was nice to not have to worry about the pushchair and our things and be able to leave it safe and out of the way. Also, along the fence there was a lot of hand puppets and Erin and John had plenty of fun with these. 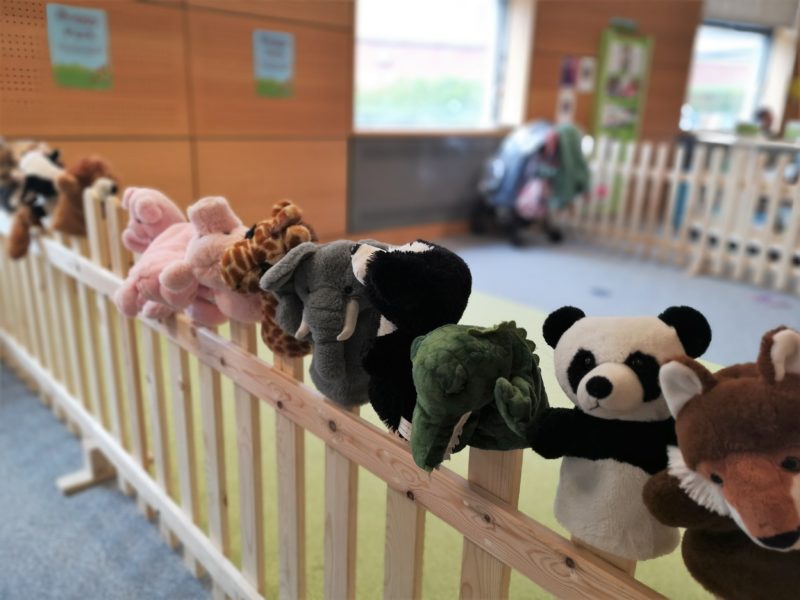 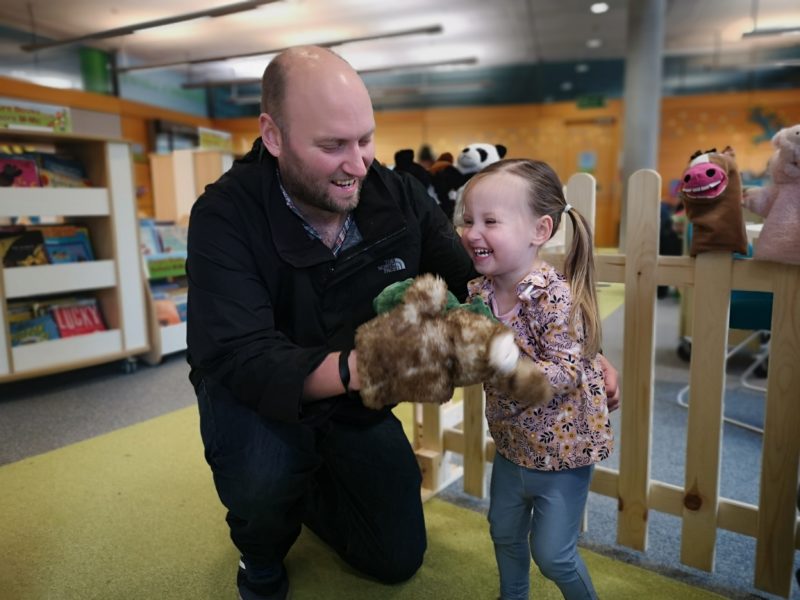 Something I really appreciated in this library was all of the sensory areas that were really catered for a range of ages. I think it took Erin a good 30 minutes to even look at a book because there was so much for her to do. Erin seems able to make a friend wherever she goes and she wasted no time in finding someone to play with. 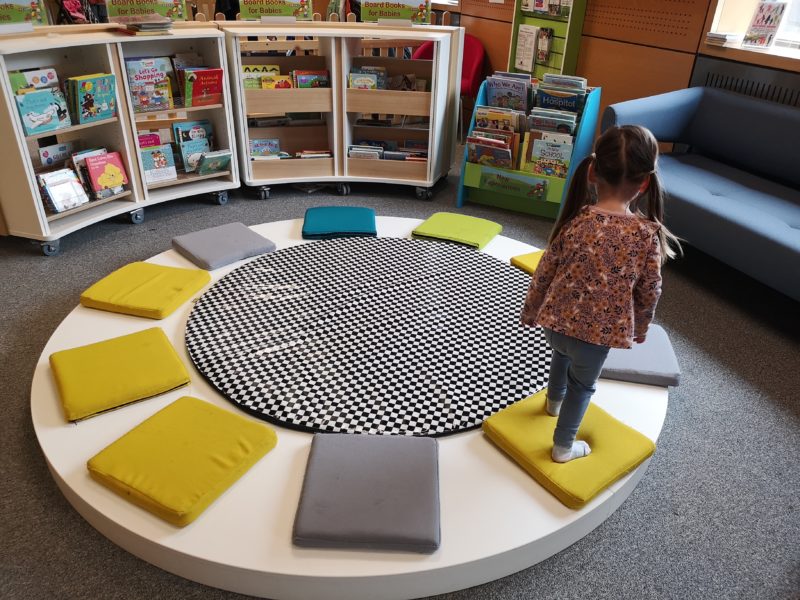 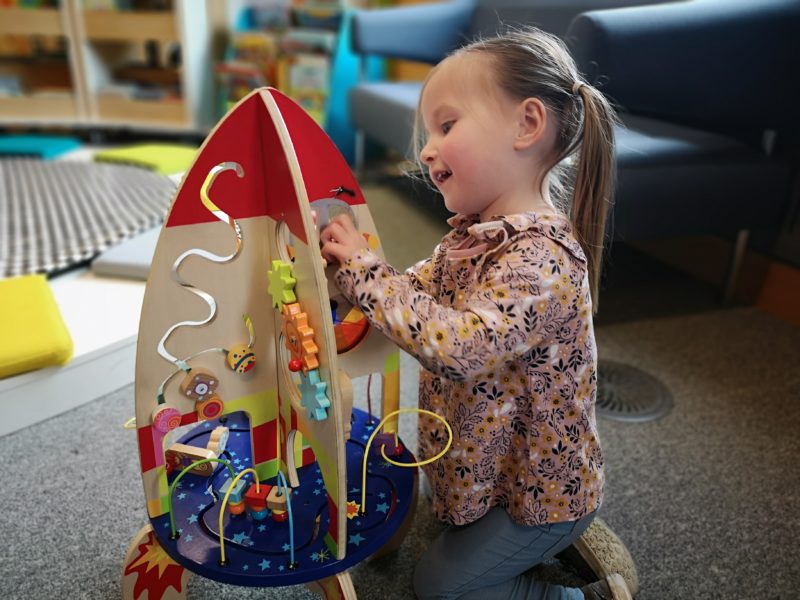 Finally when Erin did want to look at the books we discovered that she could crawl through one of the displays. There are also mini libraries and a story house for children to sit in and read. Some of these little spots even had dressing up! 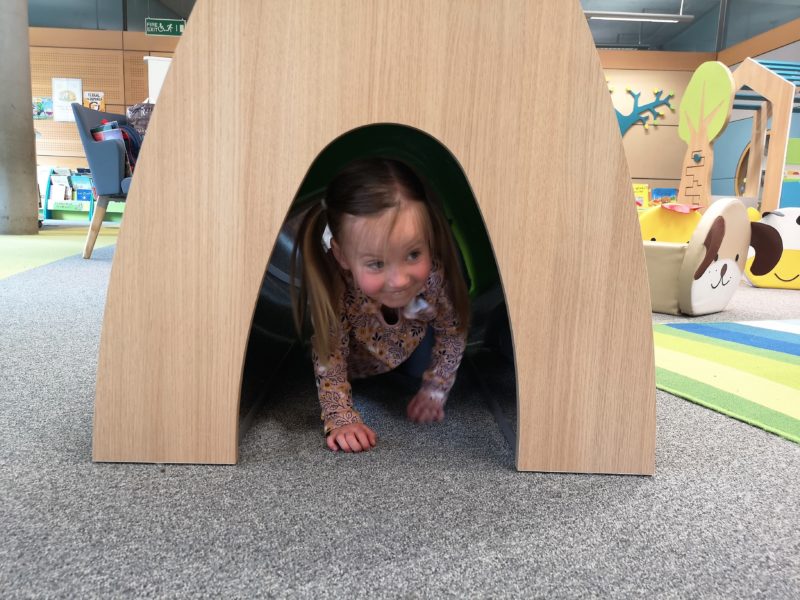 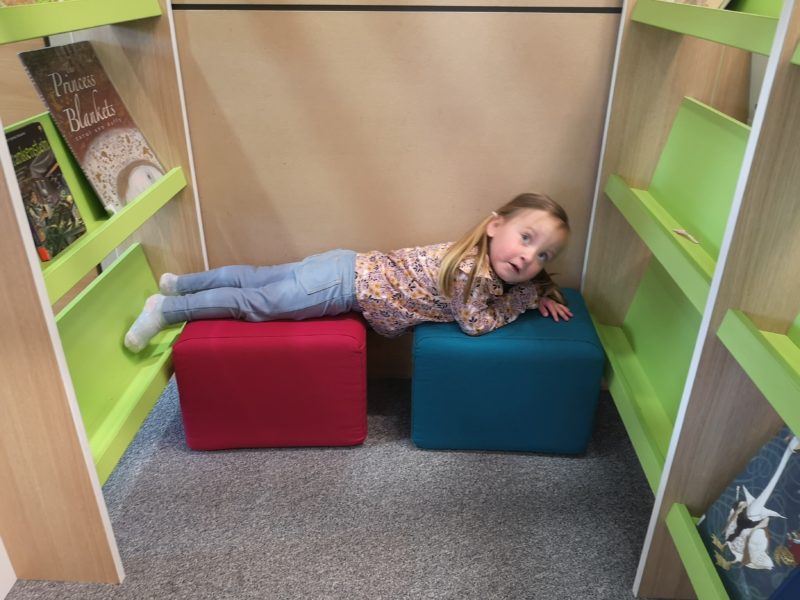 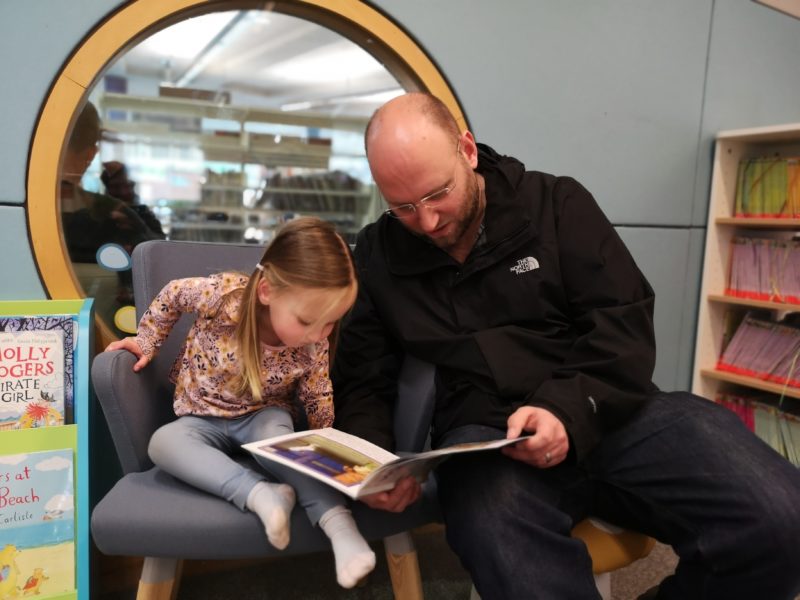 Lastly, I loved that there was a really large area with tables and chairs as well as computers to use. The library allows eating as long as it’s not hot, smelly food and that children sit at the tables provided. Erin was able to sit and have a little snack in between playing/ looking for books. The library also has loads of information about upcoming events. 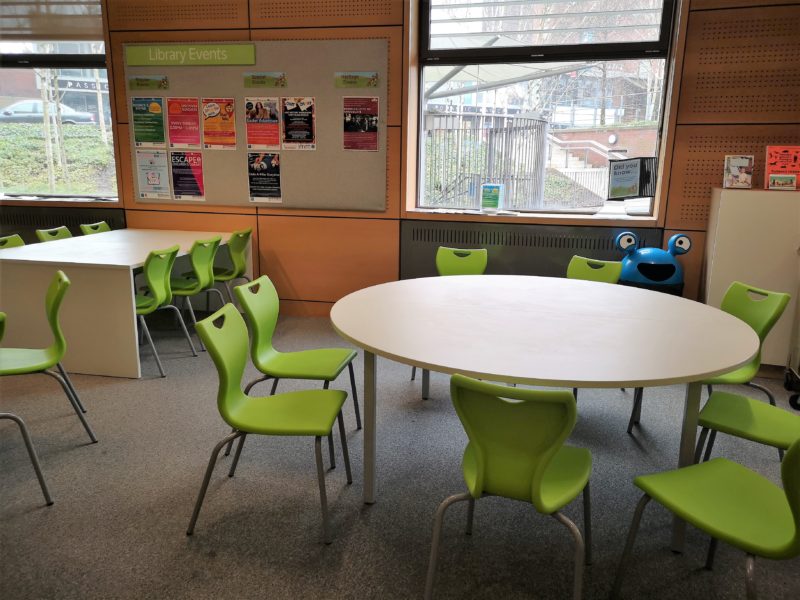 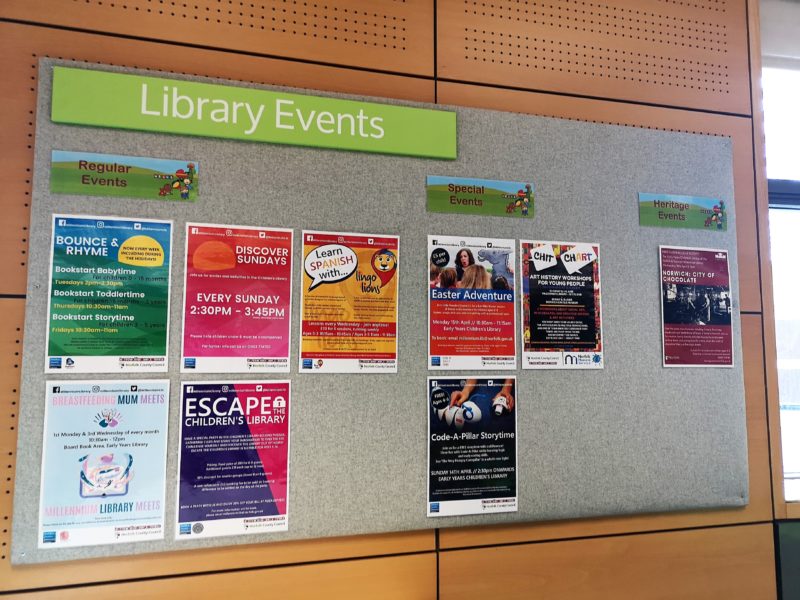 Overall, all of us were so impressed with the children’s library at the Norfolk and Norwich Millennium Library and Erin has already asked to go back again. I think it’s going to be a regular place we visit each time we’re in Norwich now.

Find out more about opening times and events here.