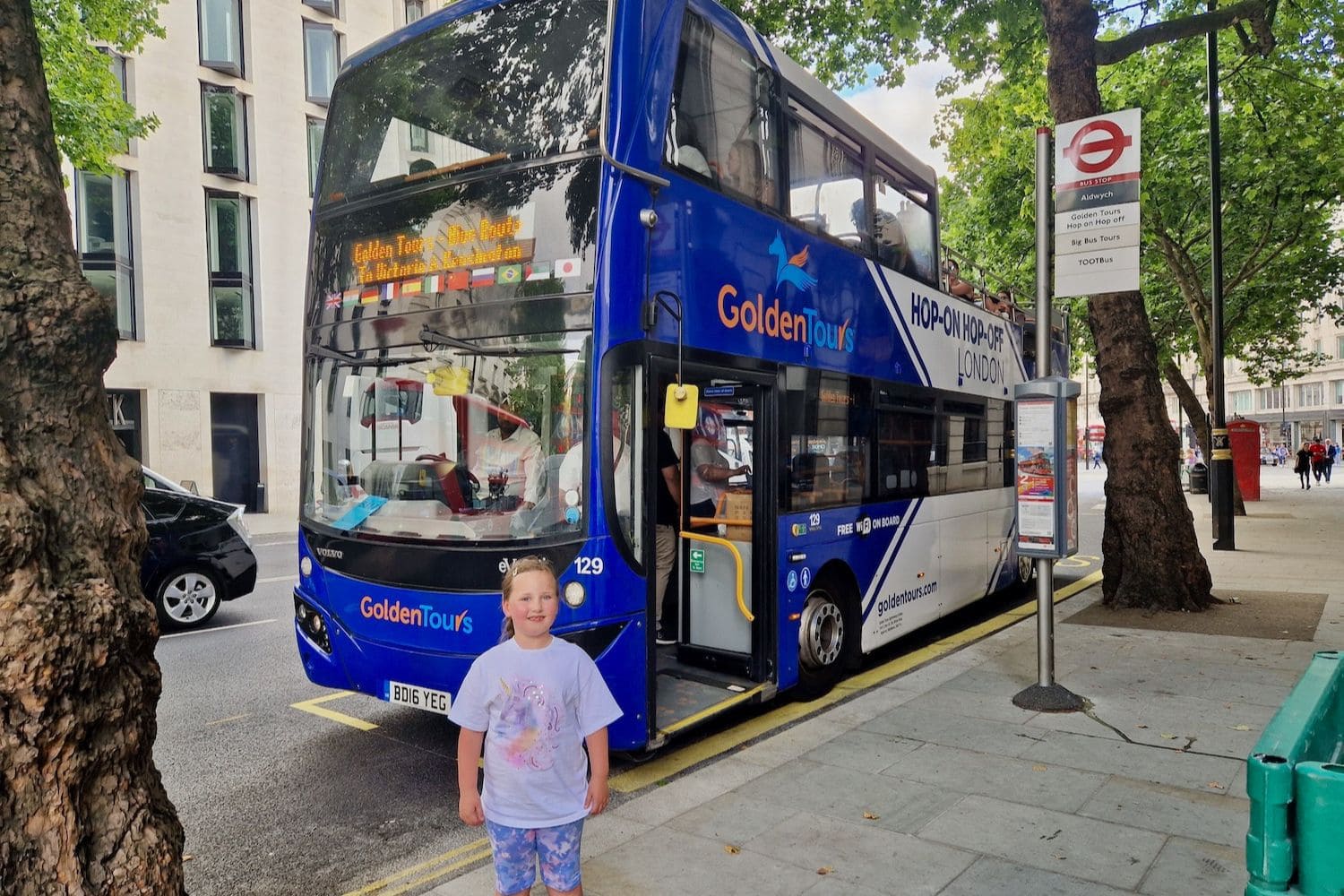 Although we have been all over the place, often choosing London for a weekend away, something we had never done was a hop-on hop-off bus tour. We gave Golden Tours a try on our most recent visit to the capital.

Although we used Golden Tours during a visit to London, they offer tours in a few other places. You can take advantage of hop-on hop-off bus tours in both York and Windsor or pick something else in London like a guided tour or transport to the Harry Potter studio tour.

Tickets for a hop-on hop-off bus tour in London start with a 24-hour ticket but are also available for 48 and 72 hours. The longer you have your ticket the better value it becomes. At the time of our visit (August 2022) a 72-hour ticket was only about £6 more for the additional 2 days.

Some London tickets are available with an English speaking guide and these last for two hours. However, they are not hop-on hop-off tickets but instead just run for the duration of the tour. Other tickets may include a river cruise.

Although a 24-hour ticket is the shortest option, this would be a great idea of you only have a couple hours to spend in London. It’s a great way to see lots of sights quickly, and without walking too much.

The Classic Tour (Blue route): Taking you to all the main Central London landmarks, passing, the London Eye, Tower of London, Big Ben, the Houses of Parliament, the Shard and much more.

The Essential Tour (Red route): Explore the centre and North of London. Covering Hyde Park, Regents Park, London Zoo, Madame Tussauds and Kings Cross, as well as many of the Central ‘must-sees’.

The Morning and Evening Drop off Service (Yellow and Green routes): Conveniently transporting you from the hotel region of West London, into the centre. Making your day as effortless and enjoyable as possible.

Our experience of a Golden Tours trip around London

I have to say that I didn’t really research the tours very much beforehand. All Erin wanted to do was to be able to go on an open-top bus and have a ride around London and Golden Tours very kindly supplied us with a 24 hour ticket.

We started our journey at St. Paul’s Cathedral, somewhere we could find the bus stop easily and somewhere we knew quite well. It just so happened that the bus we got on had a tour guide so we couldn’t have timed it much better. Although Erin was quite happy just looking around, I really loved listening to the history of different parts of London and fun facts as we went around.

When we got on the bus, there weren’t many seats upstairs available so me and Erin sat separately (my seat was right in front of Erin). People got on and off at a lot of the stops though and it felt like we played musical chairs a bit, moving when a better spot became free. It was a really hot day in London and after some time we chose to sit in the front half of the bus that was covered, just to get out of the direct sun. However, this turned out to be one of the best seats as the view ahead was always great.

Our route was the blue ‘Classic’ route which took us past the London Eye, Big Ben, Parliament and the Tower of London, just to name a few sights. I think this was a good choice for us as there was a good mix of places that Erin had seen before but also some new areas we hadn’t explored yet. We didn’t actually get off the bus either until we’d been on for nearly 2 hours which was close to a full loop.

Although we didn’t get off the bus, we quite enjoyed sitting and chilling for that length of time. It’s a great way to show children the sights of London without having to do thousands of steps and them getting so tired.

Would we use Golden Tours again? Absolutely. There’s another route we’re yet to do which covers other areas of London so that would be great for our next visit. 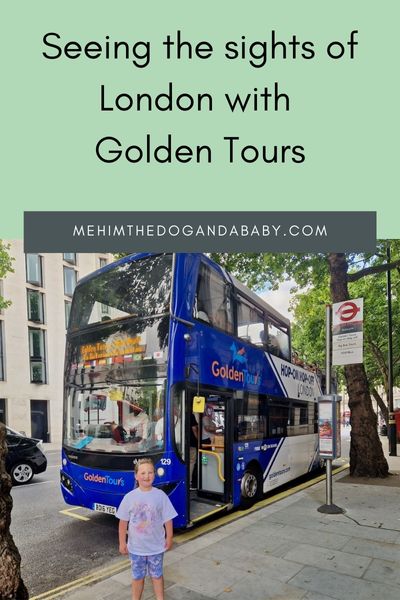