This year the 30th November was a pretty magical day. This was the day we had the first snow of the winter. Erin was only 1 in January when we last had snow and she doesn’t remember it at all. When we woke up on the 30th it was a really miserable wet day. I had seen pictures on Facebook from people who live close by of the snow and  was a bit jealous we didn’t have any. Luckily, it didn’t take long for the first snow to fall!

When it first started it took a while for Erin to really understand what was happening. I sat her up on my desk so she could look out of the window but she was adamant it was rain coming down. Once Erin realised that it was snow instead she was so excited. We sat and watched it come down for a while until it settled enough to go outside and play. 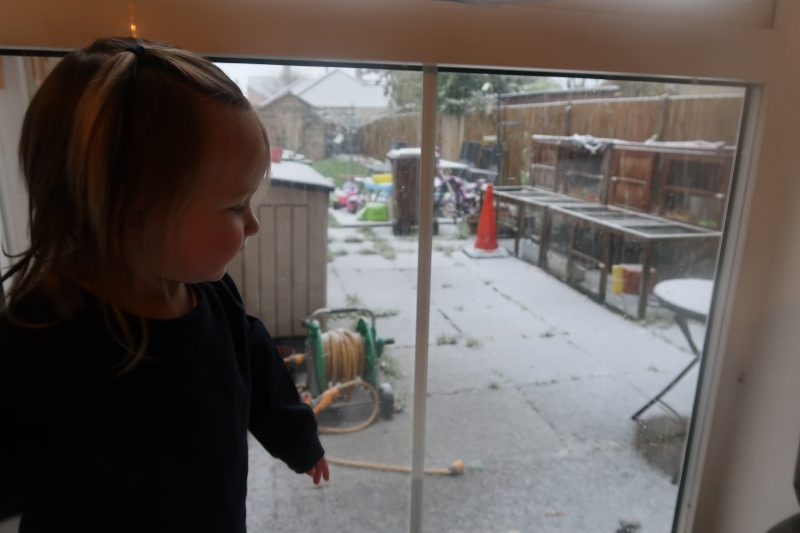 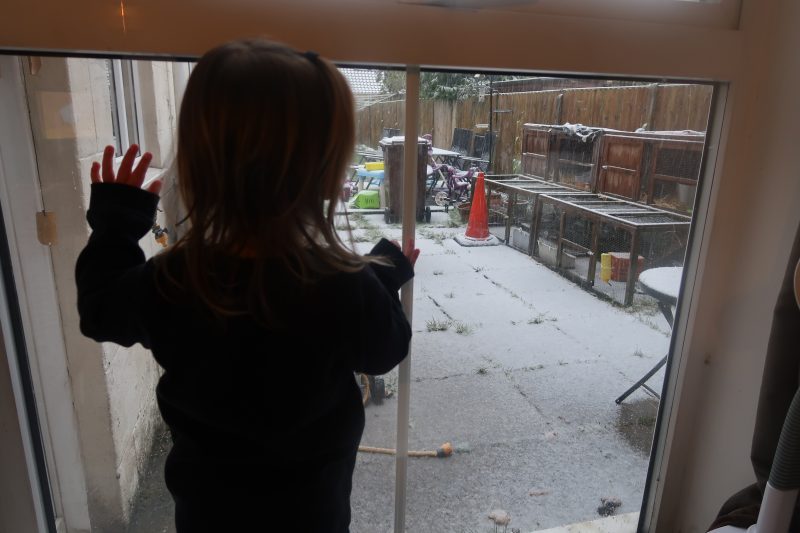 We’re so lucky to have great waterproof all in one from Peter Storm so we could really get out in the snow and Erin would lovely and warm! I was really quite sad that John wasn’t home for this though because I know he would have loved to have played with Erin in the snow. 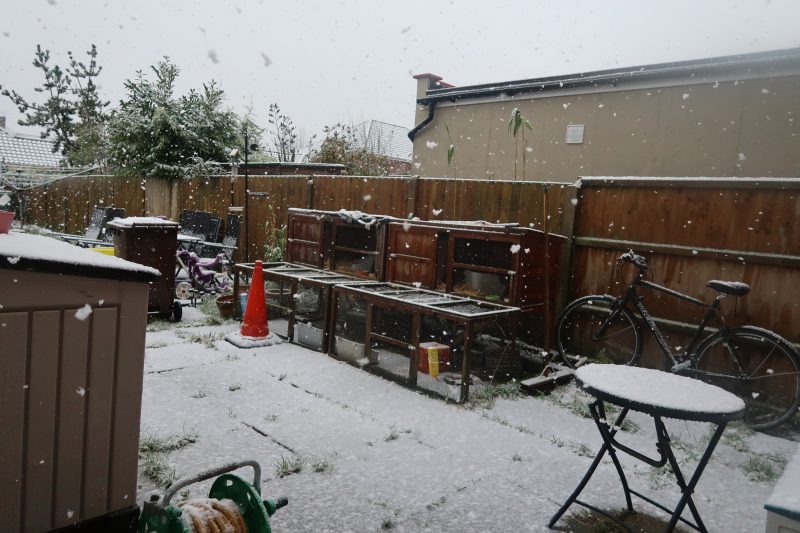 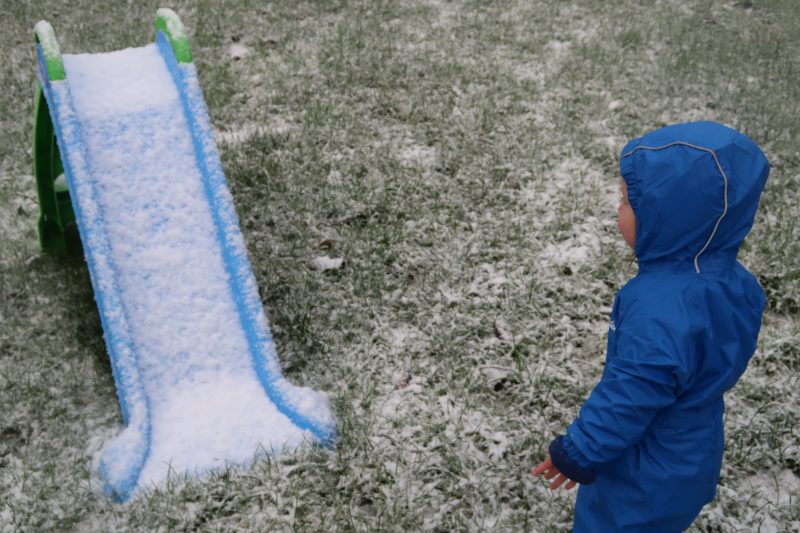 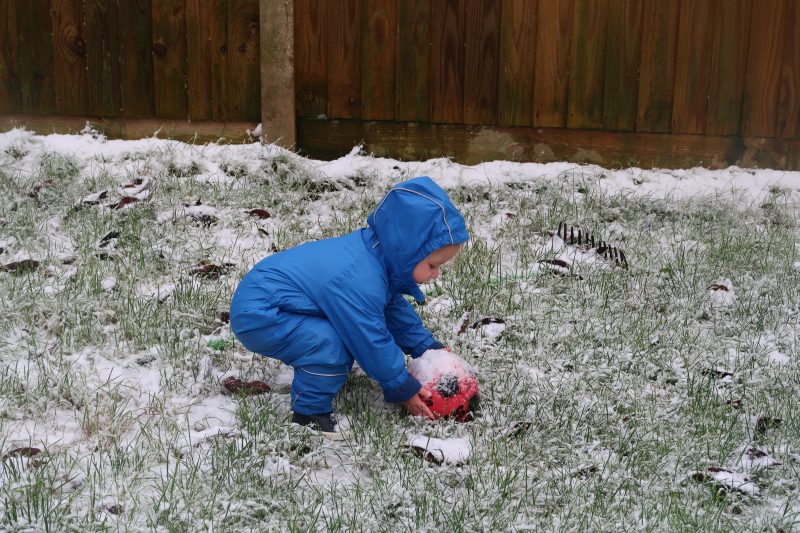 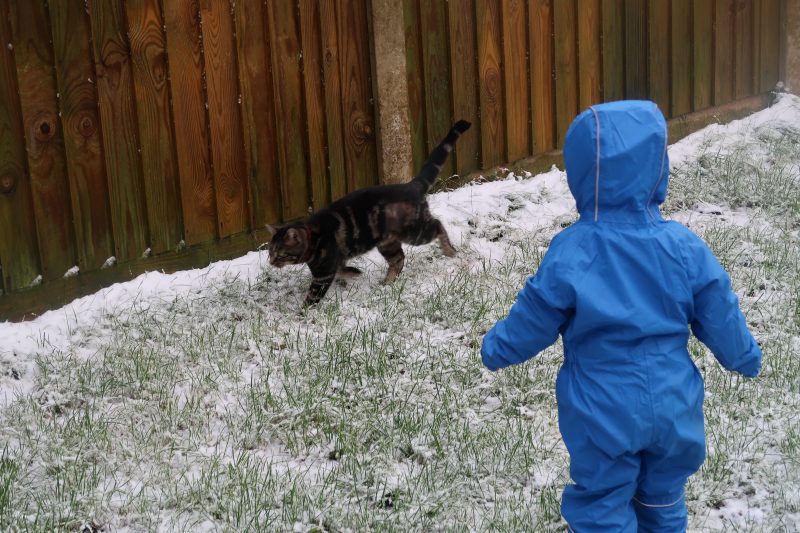 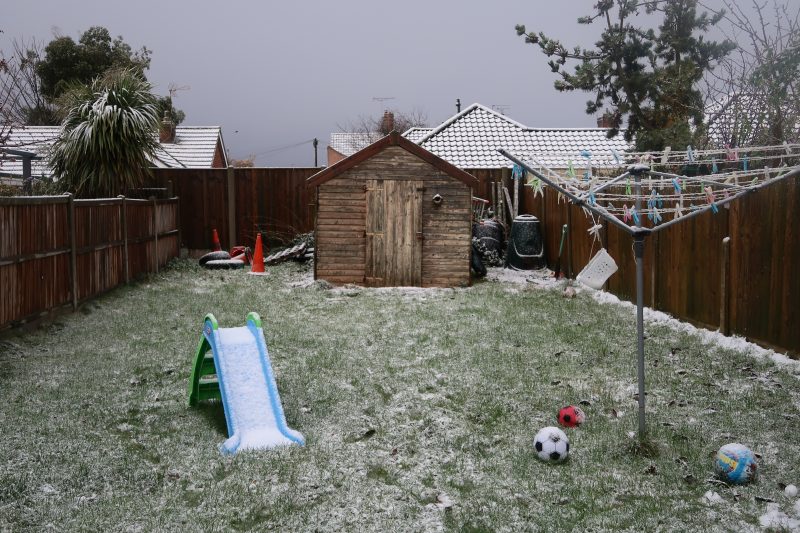 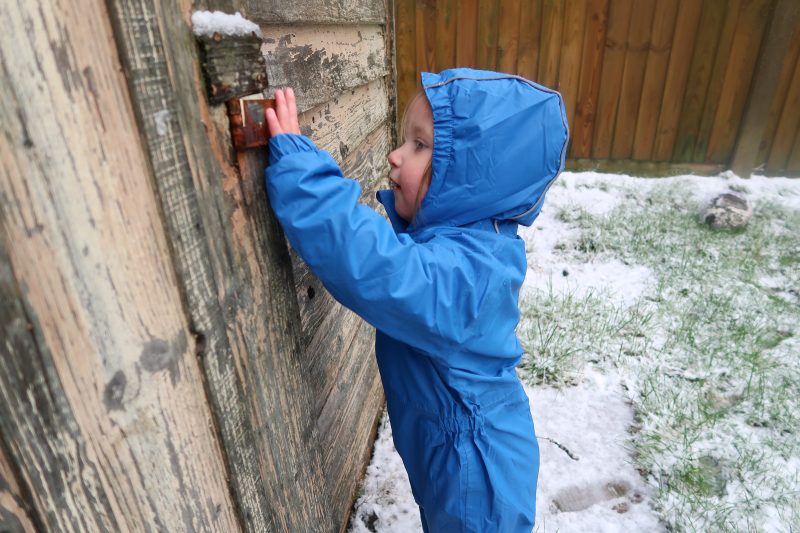 There wasn’t an awful lot of snow and it started to melt quite quickly once we were on the grass. Erin really wanted to play with everything in the garden like we normally would in the summer and she was really quite sad that I wouldn’t open the sandpit for her!

Erin was super sad when it was time to come inside. We spent about 40 minutes in the garden and she really thought the snow was quite amazing. As soon as we came back in Erin wanted to sit at my desk again and look outside for more snow. Unfortunately, we didn’t get any more and it was soon all gone!

I had so much fun with Erin playing in the snow. It was pretty magical to see Erin get so excited about discovering something new and I can’t wait for us to get more snow now.

1 thought on “The First Snow”