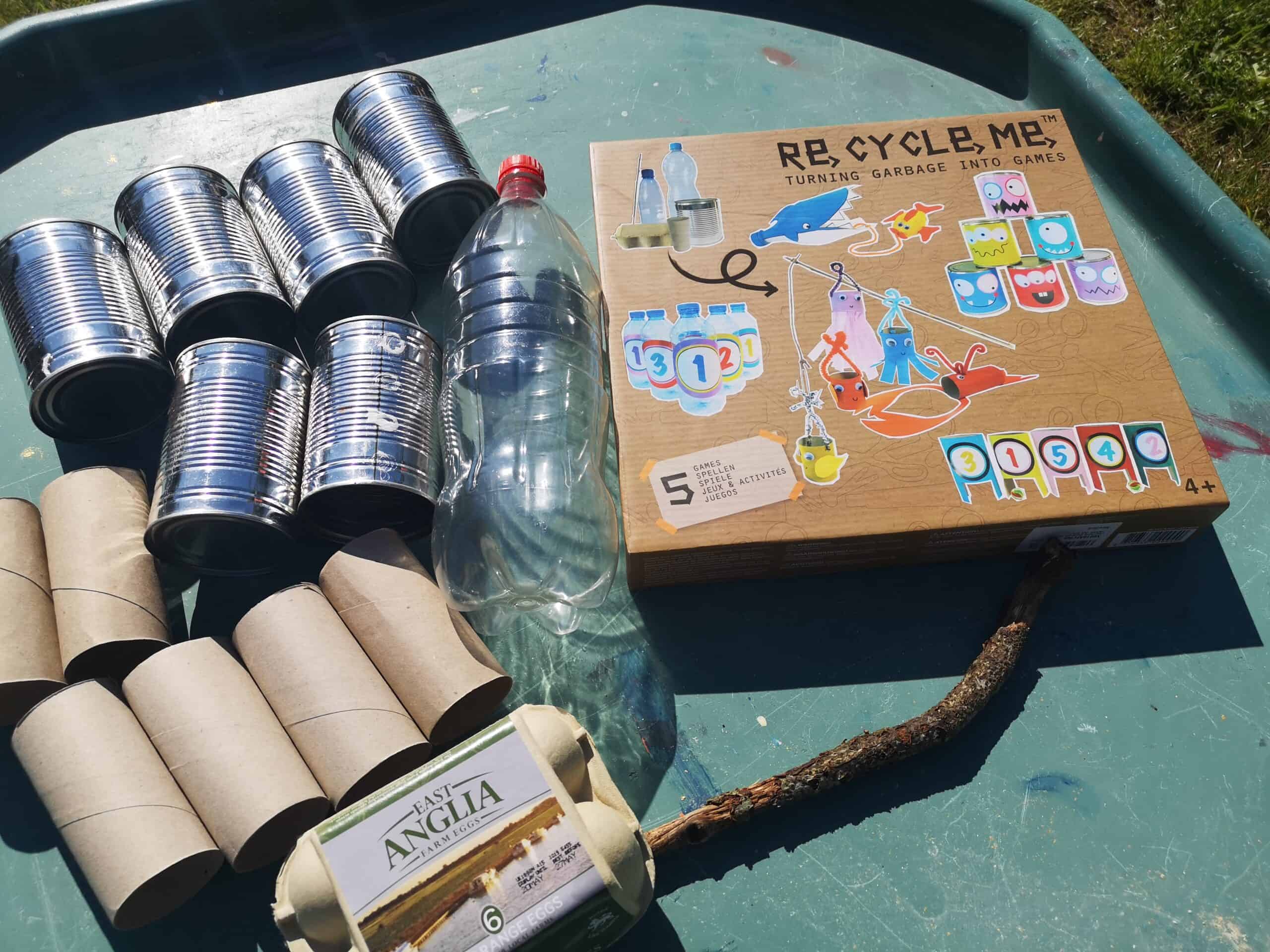 Erin loves a craft, and we spend a lot of time doing this every single week. Buying craft kits, or even just various craft items, can mean being left with lots of plastic packaging or bits that you don’t use. We’ve recently been introduced to some great products, called Re, Cycle, Me. These are craft sets that aim to turn garbage into things such as art, games or even a princesses for a party! These sets come with a bit of a difference though. While you get most of the items you’ll need to make some cool creations, you will also need some recycling from home such as empty toilet rolls, drinks bottles or egg cartons.

We were sent a couple of different sets to see how Erin got on with them!

The first set that we tried enabled us to make 5 different games*. With the weather being so nice lately we decided to set up on the Tuff Tray* in the garden so we had somewhere to make some creations. I had been saving loads of different items of recycling ready for a craft day so I had most of the items we needed already. The front of the box shows you what items you’re going to need but the instruction booklet is where you’ll find what kind of quantities you will need. 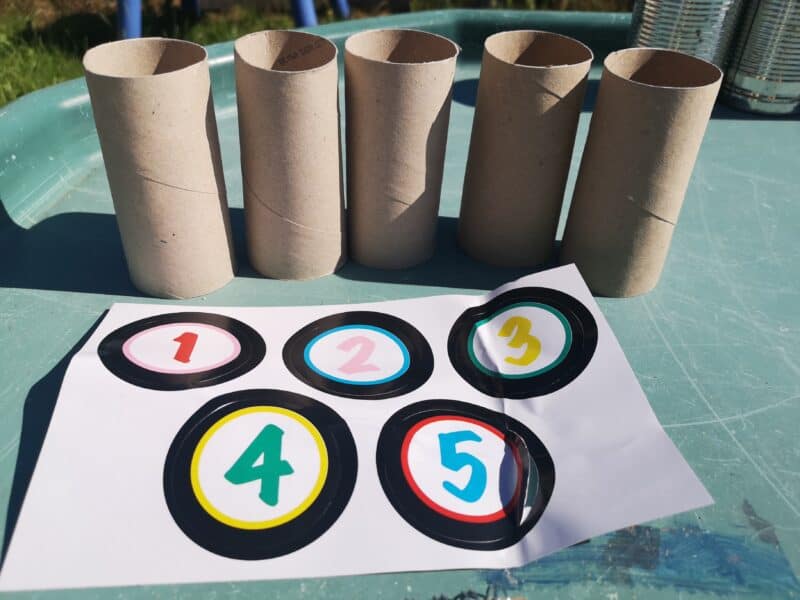 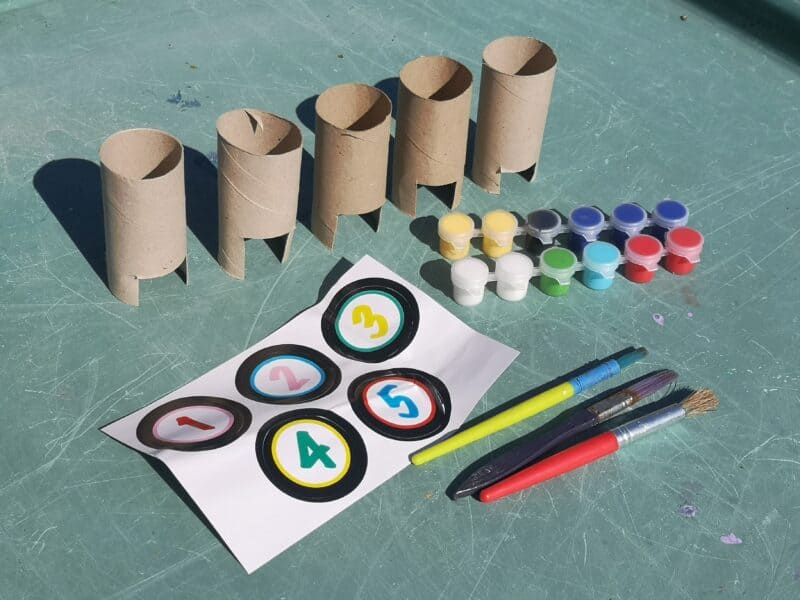 We started off with a marble game, made up with empty toilet rolls. Apart from the toilet rolls, we were supplied with paints and stickers to decorate as well as the marbles. This set is aimed at children aged 4+ and Erin would be able to do a lot of it herself with minimal help from me. For this particular game, the toilet rolls required some cutting and I did this ahead of time to make things a bit easier. 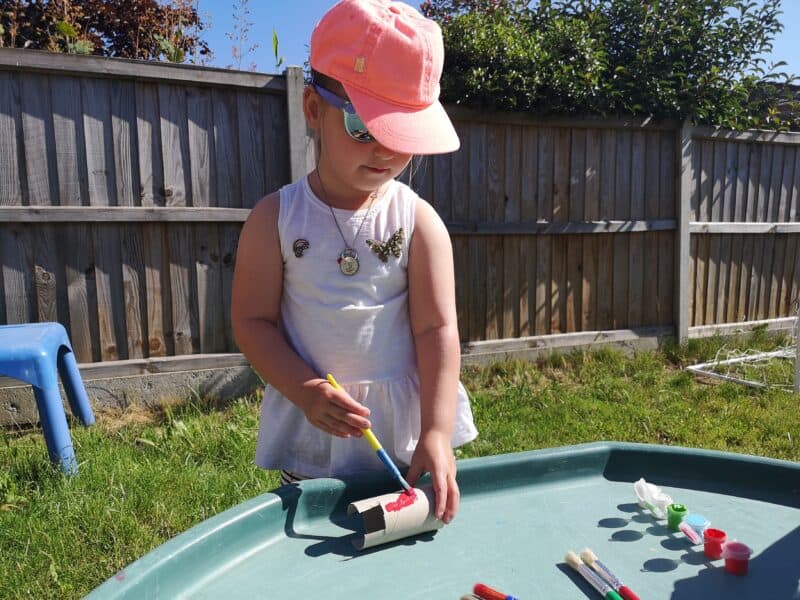 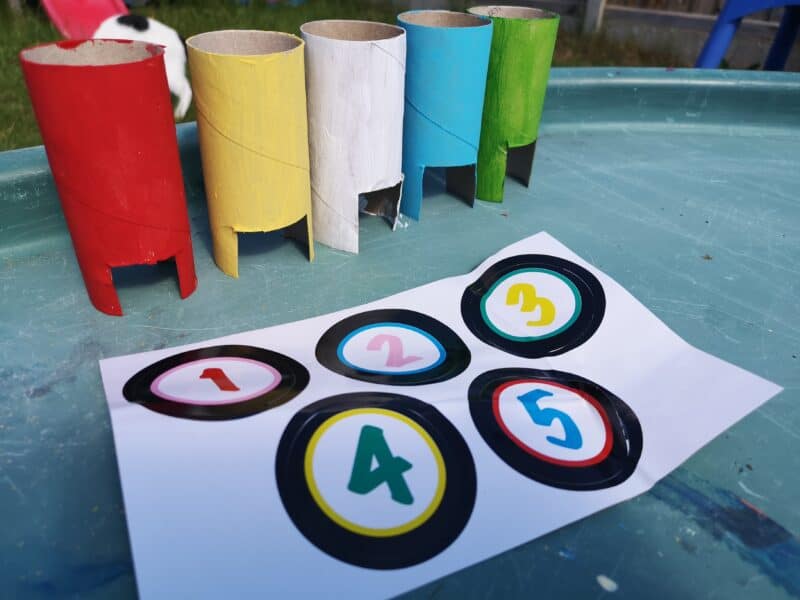 Erin really enjoyed having the instructions in front of her and she was able to follow them really well. The instructions are simple and she could see which sticker was supposed to go on each different coloured toilet roll. We sadly made a mistake and painted one white instead of pink but Erin wasn’t that bothered. The stickers didn’t do too well on the painted toilet rolls and quickly started to peel but we added some sellotape to keep them on and it was fine then. 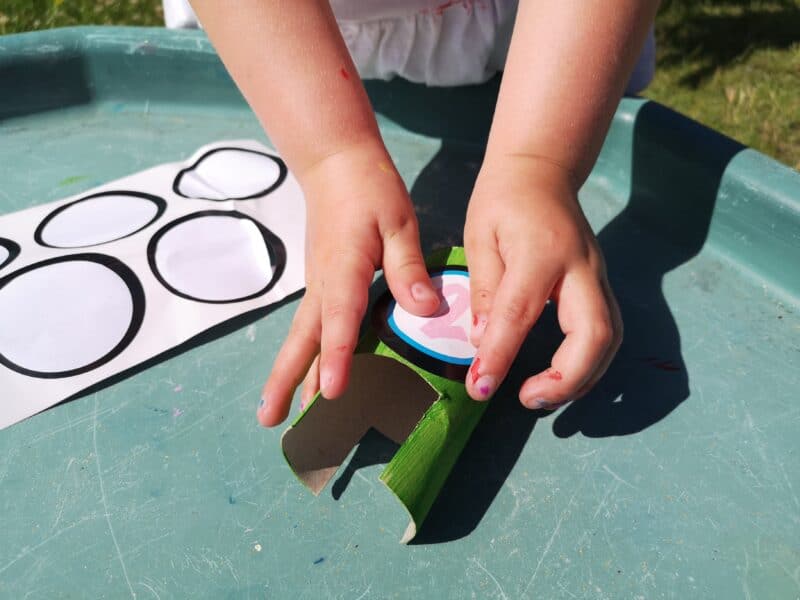 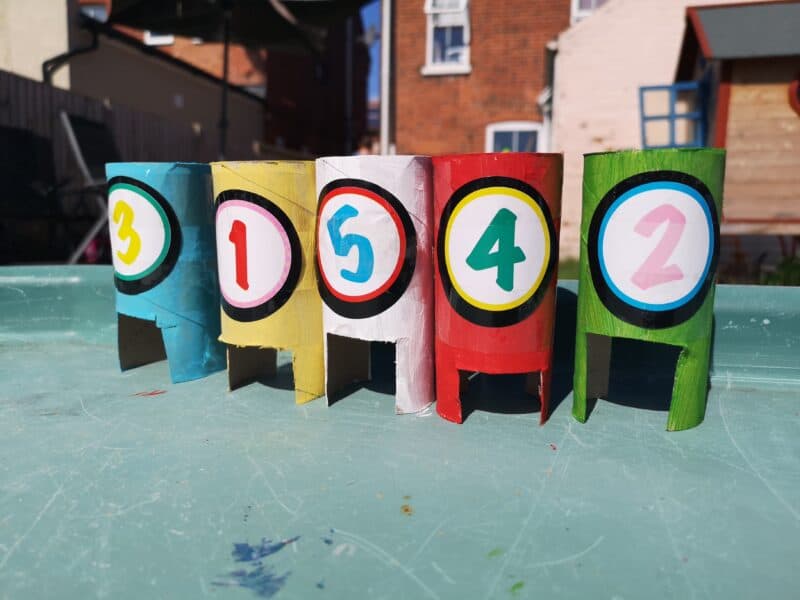 The aim of the game is to roll the marbles into the holes in the bottoms of the toilet rolls (where I cut out). It’s such a fun and simple game and we loved that it helped us to use up some toilet rolls in a different way. This is also something that you could easily recreate again even without the stickers provided. 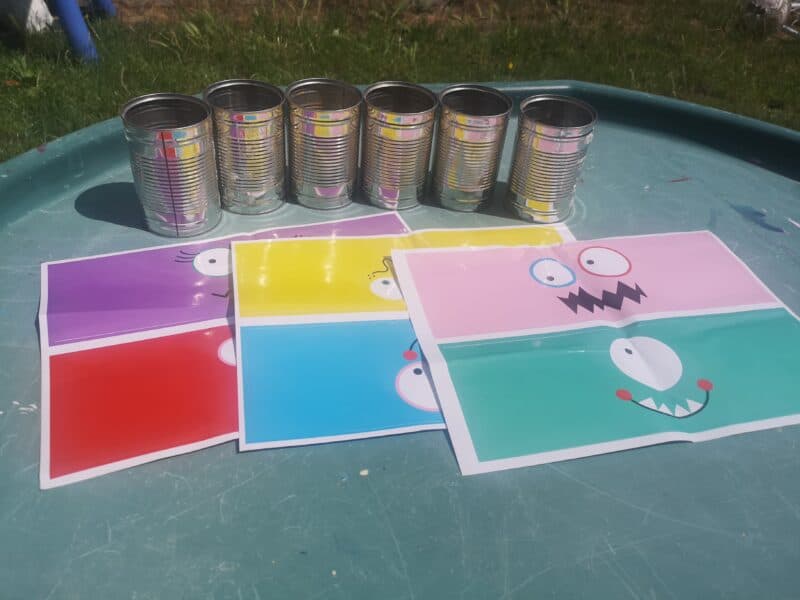 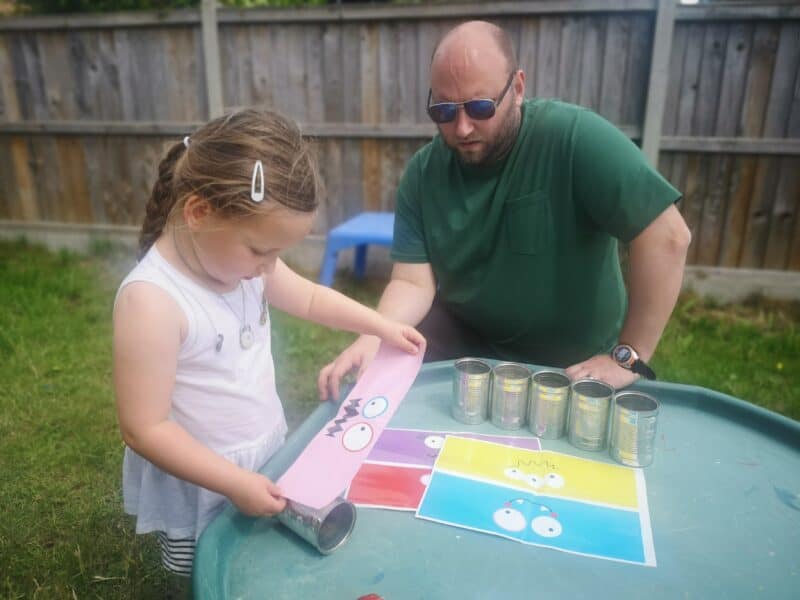 Next up was a tin can alley. I had actually saved some tins with this in mind so I was really happy that this was included in the set. Provided was 5 different stickers for the cans, each brightly coloured and with a silly face. I thought Erin might struggle with this a little bit as the stickers are quite long but she did a really good job of getting them on the tins. 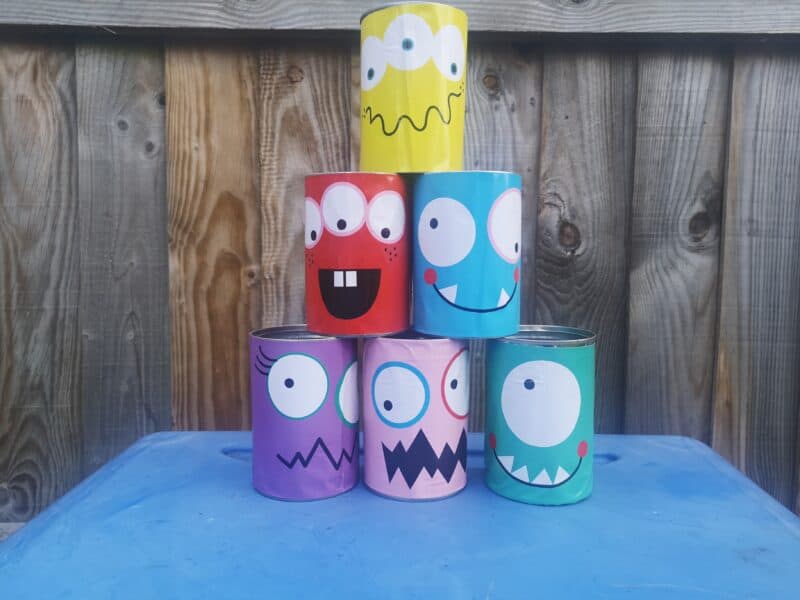 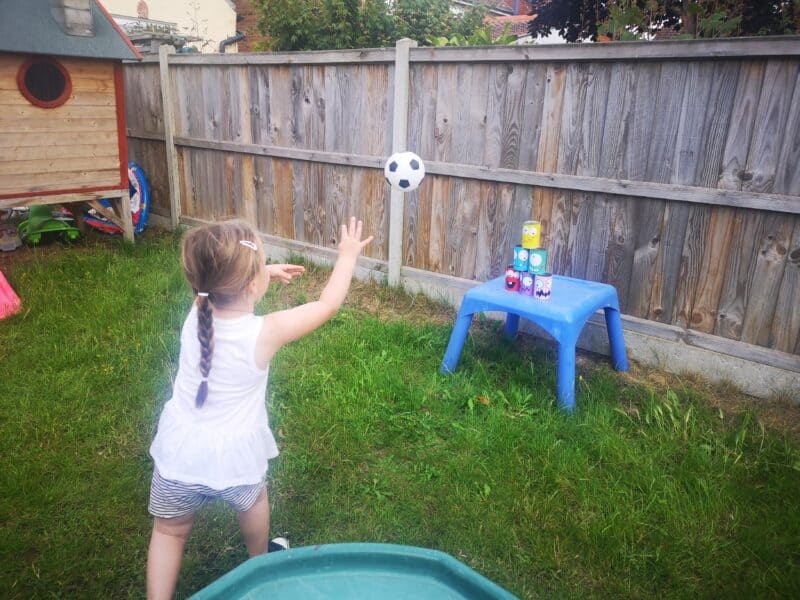 We had family round for a socially distant visit in the garden on this day and these games were great to be able to play together, without being too close. The tin can game was a real hit with everyone and it was much harder than we thought to get them all day. Again, this is something you could recreate another time by sticking painted bits of paper to the tins instead of the stickers. However, the stickers made it really easy for Erin and we were able to set this game up in just a few minutes. 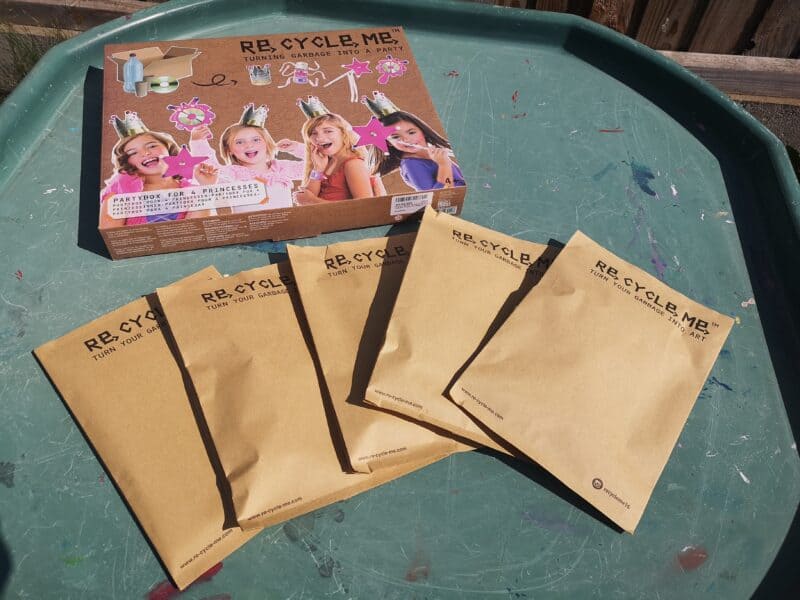 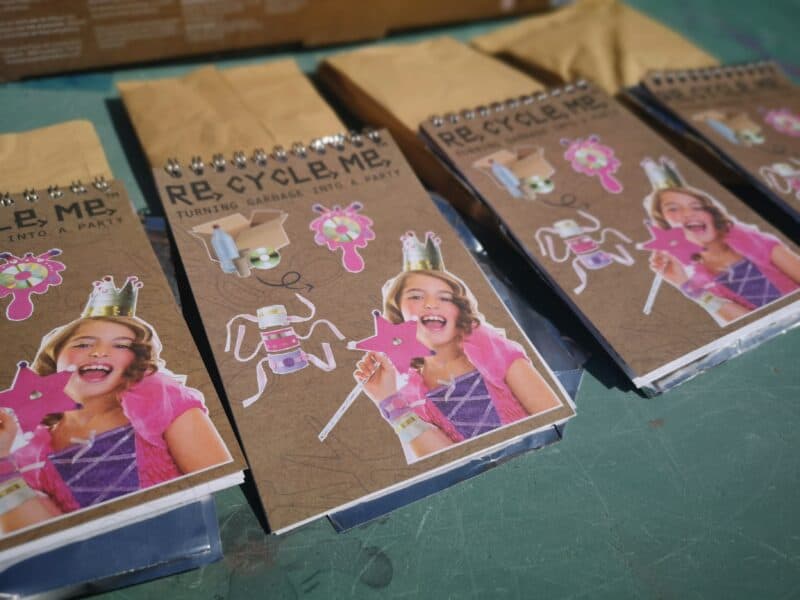 The second set we got was a Partybox for 4 princesses*. Obviously, as we’re not having many people over at the moment (only close family) we couldn’t use this in its intended way. However, me, Erin and Mum was able to set this up between us so that 3 of us could make some of the items. Again, you are provided with a lot of the materials to make the items but you need some additional products such as toilet rolls, cardboard boxes and CDs. 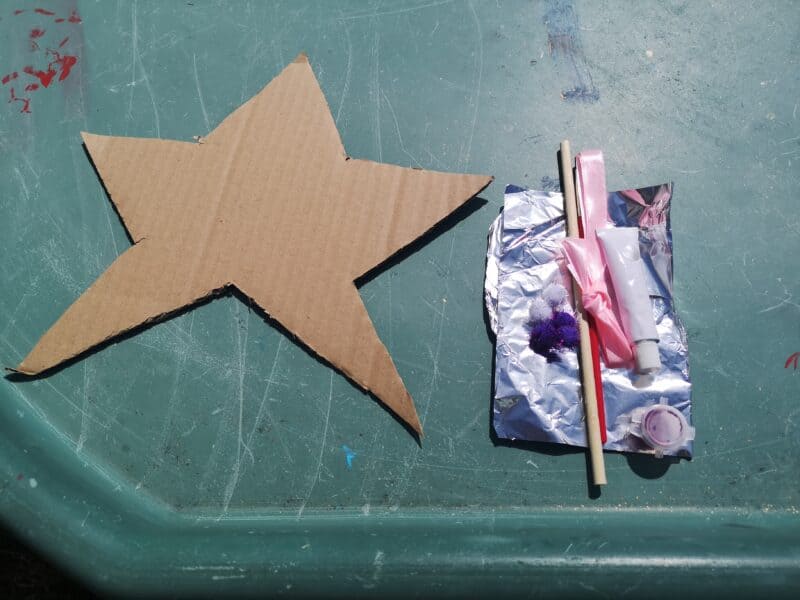 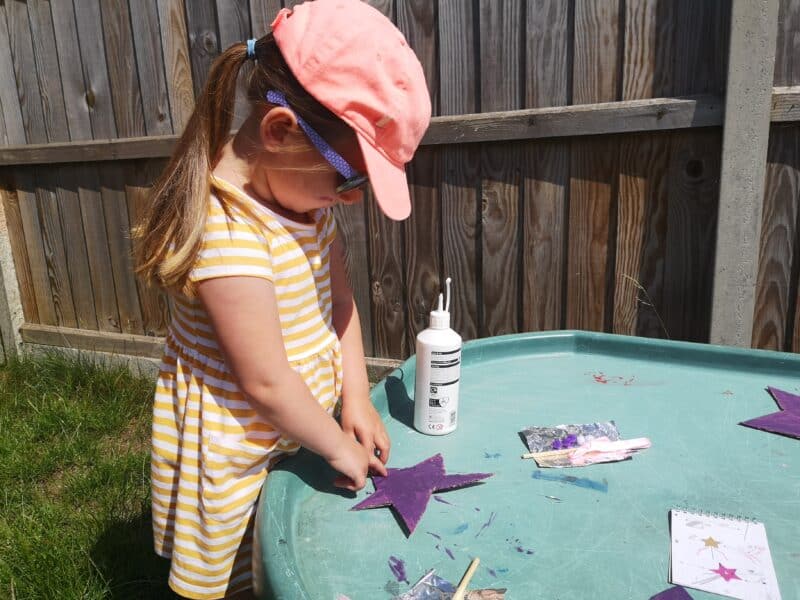 What I liked about this set was that there was 4 separate bags, each with all of the items needed for each person. If you were to use this set for a real party it would be really easy for each child to have exactly what they need in front of them without it takes hours to set up. We started off with star wands which needed cut outs from a cardboard box (I did this in advance) and the items included in the bag such as a stick, paint and decorations. 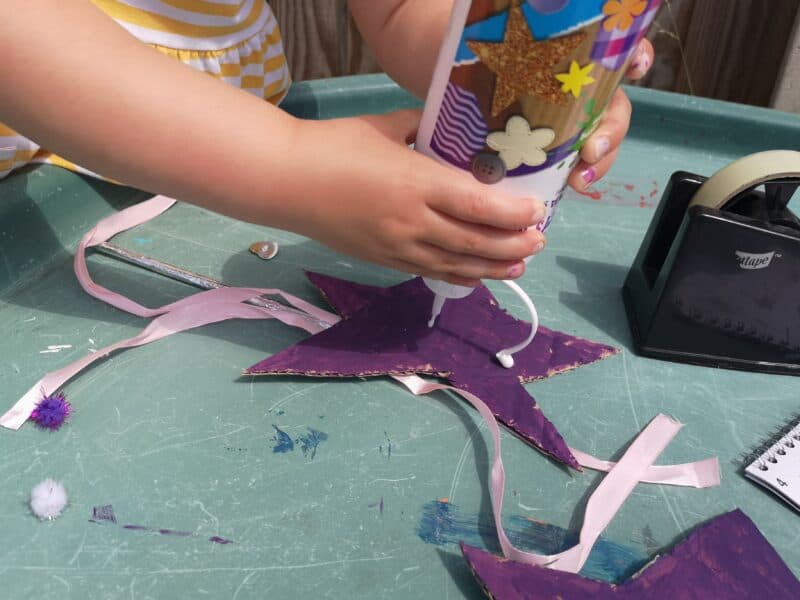 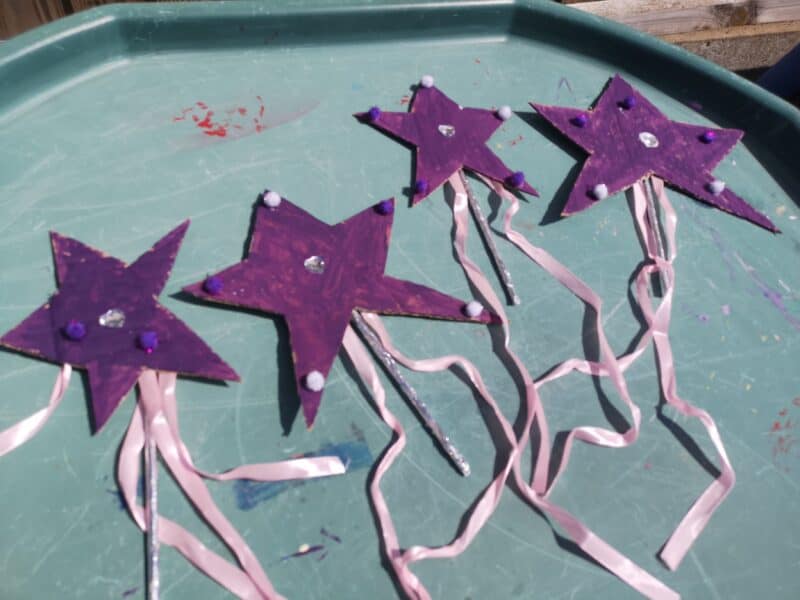 I actually messed up and read the instructions wrong and we ended up painting the stars purple instead of pink but Erin didn’t mind. If you have extra paints at home then you can change this to suit just in case you go wrong like I did. We painted our stars outside and as it was a hot day they dried really fast, meaning we could get on with decorating straight away. The wands are really simple but Erin had a lot of fun making them.

We have really enjoyed making the items out of both boxes. Most of the items you need to provide yourself are really easy to find from things you use normally around the house and the only thing we didn’t have was CDs. However, for the princess box they weren’t vital and they could just be left out if needed. There are so many boxes to choose from, including play worlds like shops, making a robot and even a box full of things to make with egg boxes. These sets have been such a big hit in our house and I’ve already eyed up a couple I want to get to put away for Christmas 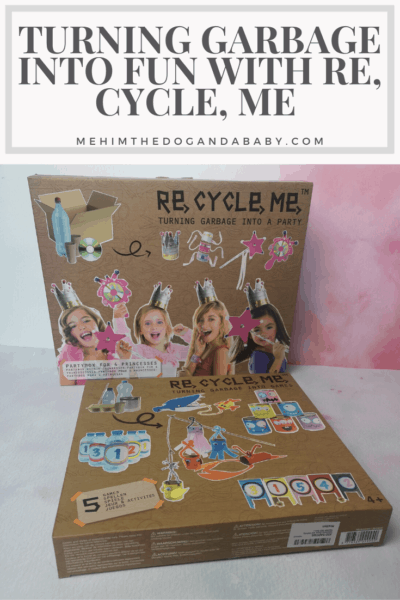 1 thought on “Turning Garbage Into Fun With Re, Cycle, Me”