After watching The Affair for the past couple of months I am finally DONE! This month I got through the final two seasons and my god they were emotional. I was not prepared at all for the twists this show had and I think I spent way more time than I ever thought I would crying! However, I was so, so happy with how the whole thing ended I think it was pretty perfect. There was a few things I would have liked to be different but they were only tiny so I won’t pick too much.

When it comes to TV shows I will watch pretty much anything from Ryan Murphy and Brad Falchuk. I had heard about Pose way before it was aired in the US and it took FOREVER to come on BBC2. As soon as the second season came on I started staying up late on Saturday nights to watch it. Pose is so different from anything else on TV at the moment and the second season has moved into the early 90s, tackling some really important and hard topics.

Although we were slightly late we wanted to watch something a bit scary over Halloween. I love the old slasher films and Halloween is a classic. Instead of watching the original film though we watched the newer film that was released in 2018. Instead of being another sequel in the series this one is a direct sequel to the original. Both John and I really enjoyed it and I thought it was a really cool way of doing things. There will be more films after this and I can’t wait for them now.

As soon as we heard about Taron Egerton staring in Rocketman, the film based on Elton John’s life, we really wanted to see it. I don’t know what I was expecting but it wasn’t what we watched but not in a bad way. The film was really a lot of fun, Taron Egerton was fantastic and he’s very talented. It’s definitely worth watching!

So, what have you been watching this month? Let me know! 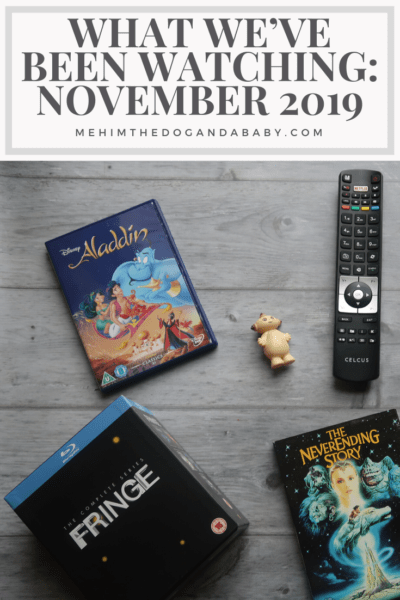