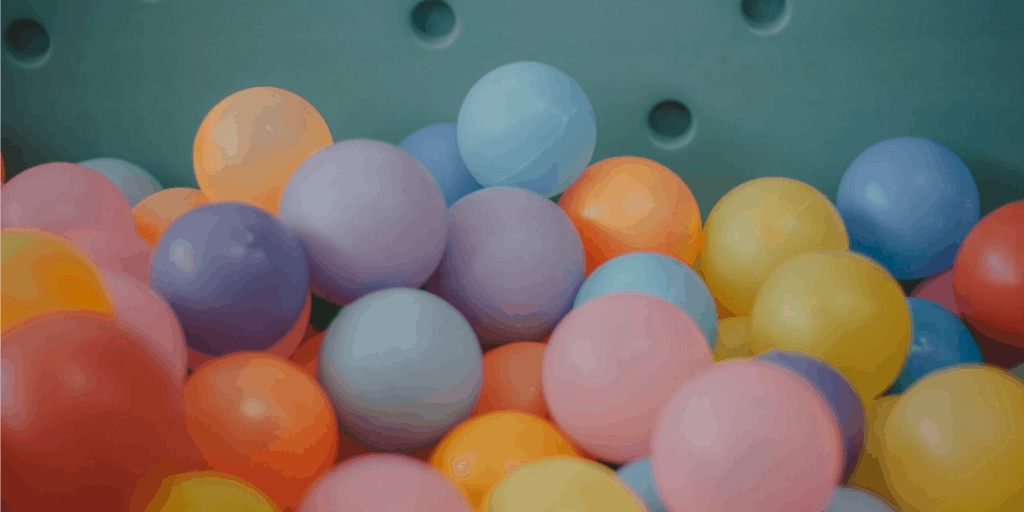 It’s not and it’s never been a secret that I used to be the manager of a soft place centre. When I first moved to Norfolk I took on the job as general staff but it wasn’t long before I was promoted. Honestly, even working there as general staff really wasn’t my idea of fun. Back in 2013 when I took the job I didn’t have Erin and I didn’t even particularly like other people’s children. But, I needed a job to pay for our wedding in Orlando so I did what I had to. Never did I think I would end up being the manager and working there for 3 years.

Having worked in a soft play centre for 3 years I have seen quite a lot and probably so many things you’d never expect to see. Erin is now 3 and I think we have been to soft play around 4 times in total. Not being able to drive is one big reason why we don’t go as the one I worked at doesn’t have a path going to it. We’d have to walk on a super busy main road then cross a field and it’s just not worth it. There’s a lot more than transport keeping me away though:

On the times I have taken Erin to soft play I have been in there with her at all times. Wherever Erin went, I went with her. Most soft plays have rules and one where I worked was that children must be supervised at all times and children are the parent’s responsibility. Of course, this doesn’t really happen and I would say most parents end up being sat in the seating area with a coffee or tea instead.

In the past, I have seen actual fights between parents because of various reasons. Their children have done one thing or another to each other and the parents take it out on each other.

Parents have complained to high hell because a child has tried to get out of the soft play by running through the gate when someone else has been let out. Of course, parents blame staff and other people but they weren’t actually watching their children.

On one occasion a child managed to climb up the side of the netting on a very busy day. The parents were the other side of the building not watching them at all. All sorts could have happened but thankfully another parent who was watching very quickly climbed up there himself and got the child down.

I think this one for me really comes from working in soft play and not as a customer!

I know as a parent I’m probably supposed to like children. I like Erin… most of the time, but other people’s children are a whole other thing. With parents swapping their children for a hot cup of coffee sometimes you end up like a bit of a babysitter, especially in the younger areas. You’re then expected to stop those other children from doing stupid things, mean things or trying to find their parent if they need something. If I’m going to take Erin to soft play I do so to have fun with her, not to see what being a childminder would be like.

Most soft plays have areas suitable for under 2s and under 5s as well as an area for older children. When I did take Erin way back when she was only just starting to walk we camped out in the toddler area only for her to be nearly knocked over a million times by children way older than 2 or 5. Obviously, some children can’t read that some areas are for particular ages but their parents should explain where it’s okay for them to play! 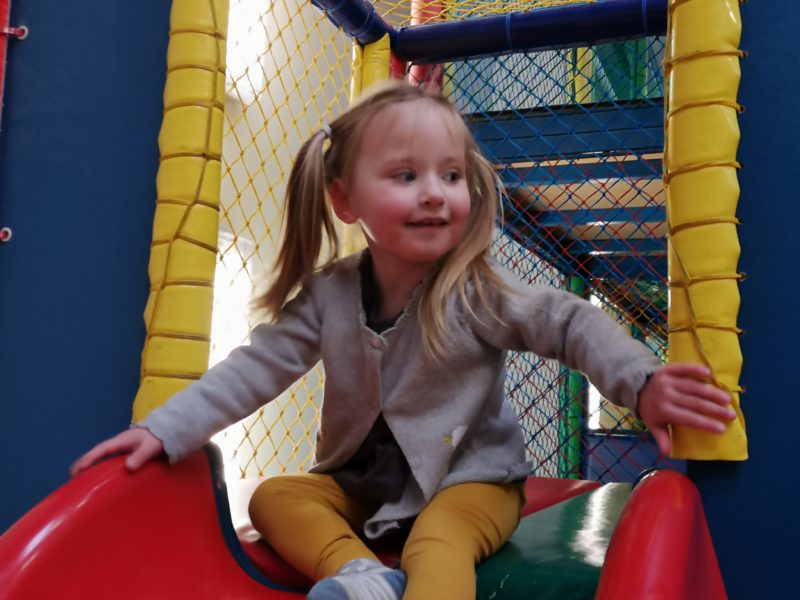 While I was a manager I witnessed a lot of things. Hair pulling, biting and pushing happened on a very regular basis, probably daily but I also witnessed a lot more. On one occasion a child stood at the top of the slide, posed like he was doing karate and then proceeded to kick another child in the chest. As soon as he came down the slide I had to go over to his parent (sat with her coffee) and ask them to leave. The woman’s reply? ‘Oh, yeah he can be like that sometimes’.

As a trained first aider I was also responsible for treating injuries. One injury I remember very clearly was a child going back into the play area after a children’s party. Party bags had already been given out and this particular child went in with some kind of whistle. The boy end up running around with it in his mouth and he somehow jammed it into the roof of his mouth. That was one difficult injury to deal with!

I think we would all like to think that the soft play equipment gets cleaned properly. Even when I was a manager I don’t think I could ever say it got cleaned daily as well as it should have. Unfortunately, people try to cut corners and the cleaning can take a very long time. Can you imagine having to clean every inch of those vinyl pads every night?

As much as I tried to enforce proper cleaning, I wasn’t there all of the time and couldn’t check over everything personally. This is just 1 soft play in the entire country but it’s likely that a lot of the others are the same. There are a lot of hidden areas you might not think about and that are actually really hard to get to so they just don’t get cleaned like they should.

The secrets in the ball pit

The place I used to work at didn’t actually have a ball pit but for very good reason. Imagine the soft play is open from 9-6 on a daily basis and especially during busy periods, how many children could have gone in there. You have no idea what has happened in that ball pit, how many balls have been chewed by smaller children or how many accidents have happened in there. Every single ball would have to be taken out and cleaned every evening for it to be done properly and even then, the daytime is a completely different story. 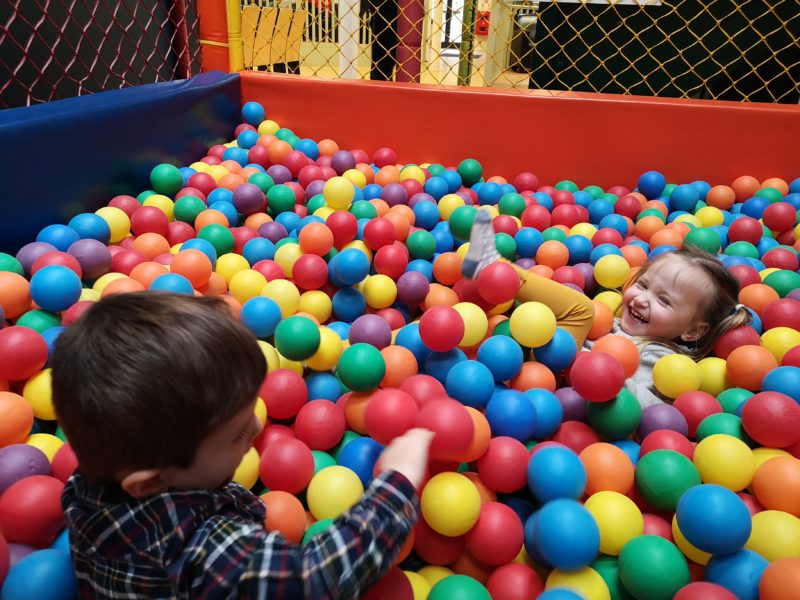 It doesn’t matter when you go to soft play, the tables always seem to be sticky. Whether it be spilled drinks, food smeared all over or just children’s grubby fingers the tables always seem a bit sticky. They will be cleaned after closing and throughout the day but you just can’t keep on top of it sometimes, especially on busier days. Thankfully, I always take wipes everywhere with me so I can clean things up like this myself. I definitely don’t want to eat my lunch on a sticky table!

I don’t really know why some soft plays have carpet in their cafe/ seating areas. Anywhere that sells hot meals for children are likely to include peas as an option and it’s just a disaster waiting to happen. Children are messy eaters and the floor is bound to get covered in peas, along with any other kind of food. Peas though, for some reason, get really trodden into carpets and when you’re running around with just your socks on that isn’t a nice thing to deal with.

All soft plays come with their very own wet patches. I don’t think I worked a day where there wasn’t some kind of accident somewhere that had to be cleaned up. Luckily, for the majority of my time working there I was in charge so delegated the cleaning task very quickly. You can never really be sure what some of the wet patches are so it’s always worth being VERY careful when climbing around the equipment.

I remember my first day of work very well. My first day was right in the middle of May half term and it was a rainy day. Wonderful! Half terms in the UK tend to be full of rubbish weather, especially in February and October. Obviously, families don’t want to be outside during these times so they all flock to their nearest soft play. If you think a normal day is bad then think about somewhere that can have up to 200 children at any one time being sweaty, annoying and demanding hell raisers. I don’t even know why or how I went back after my first day.

I know I’m not alone in hating soft play! Let me know what you dislike the most. 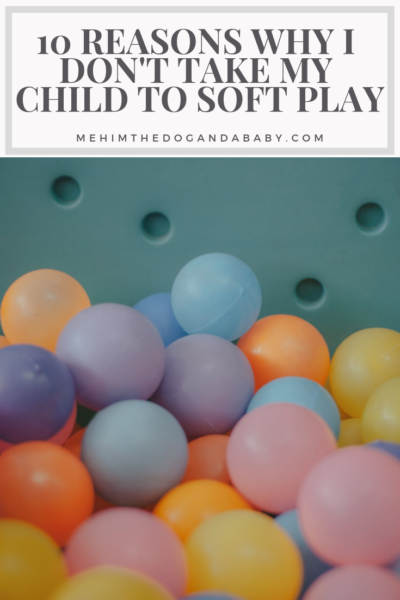