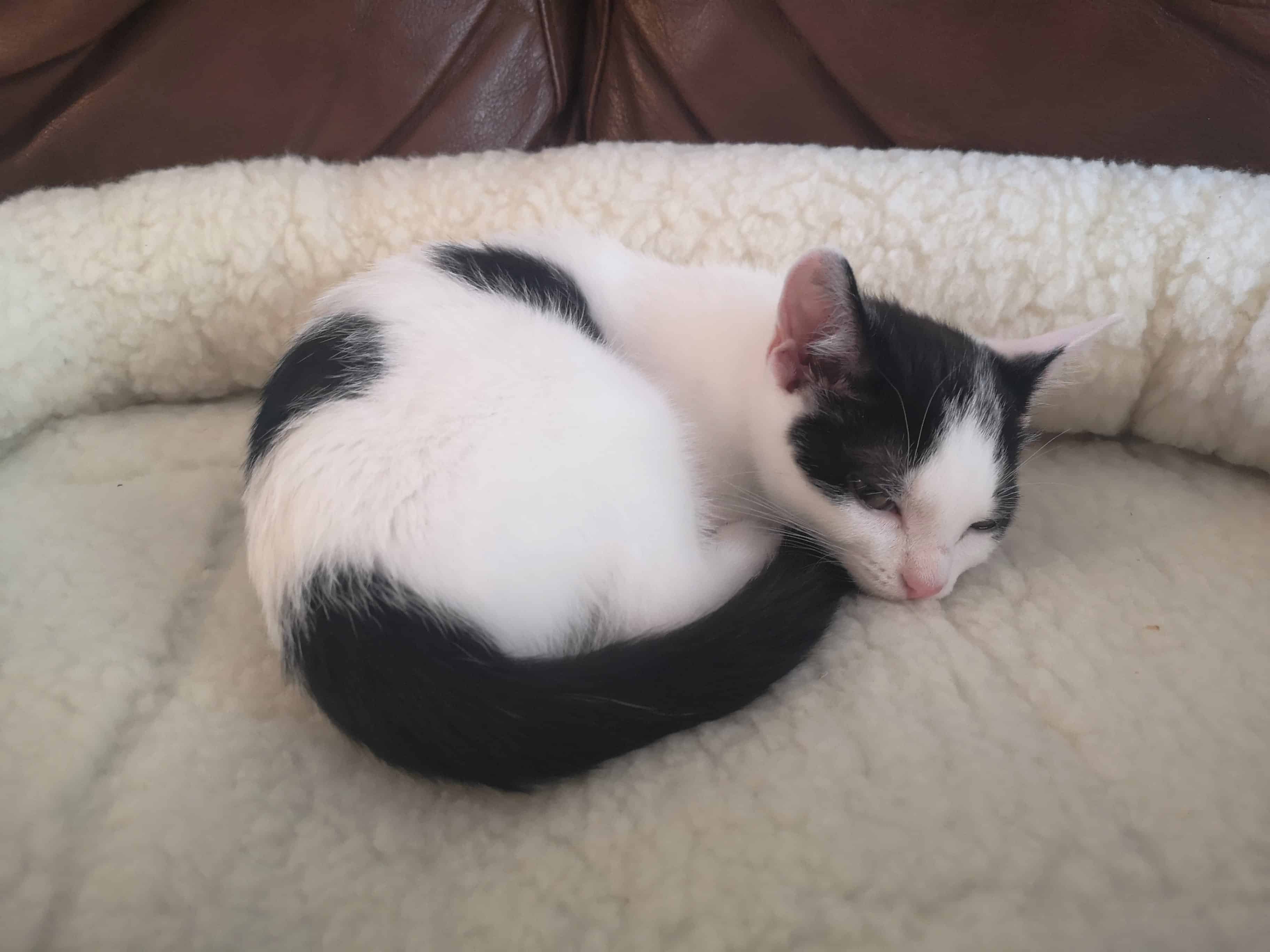 Three weeks ago we added a new member to the family. Jinx the rescue kitten came from a foster home with Cats Protection, where she was 1 of 9 kittens that were found in a shed. With any rescue cat they will have been living in a completely different place, with different people and maybe with or without children. When you bring them into your home, getting them settled might take a while but there are things you can do to make things easier, for both you and them.

Any cat owner will probably tell you that cats will sleep anywhere and everywhere, apart from their own bed if you buy them one. However, with our house being a bit crazy especially when Erin is running around, we wanted Jinx to have somewhere that was just hers. To start with, Jinx showed a clear liking for the throws we had on the couch but we didn’t really want her to either ruin them or not actually be able to use the throw she sleeps on. 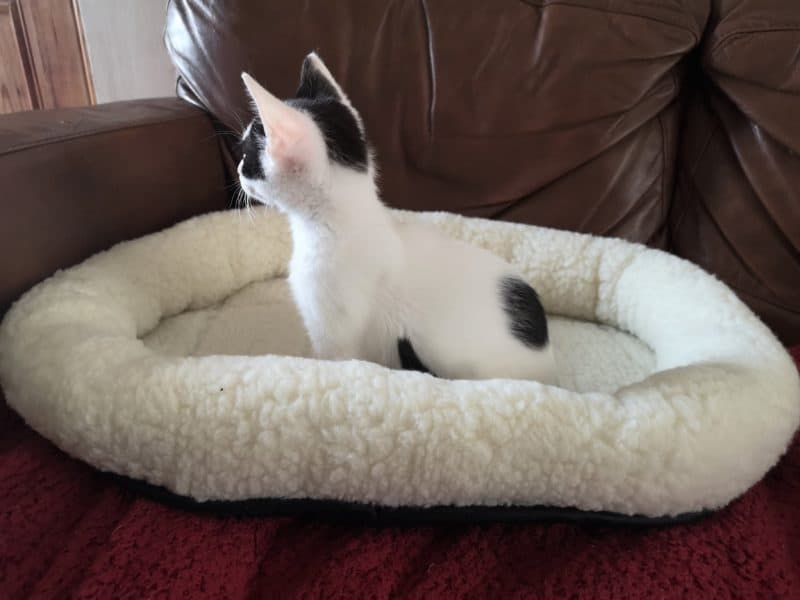 The Mikki Pet snoozer bed is a little on the large side for her at the moment but at the rate she’s growing it won’t be long until she fills it a bit more. The bed took a little getting used to but after putting Jinx in it after she’d fallen asleep a few times, she actually now prefers it. 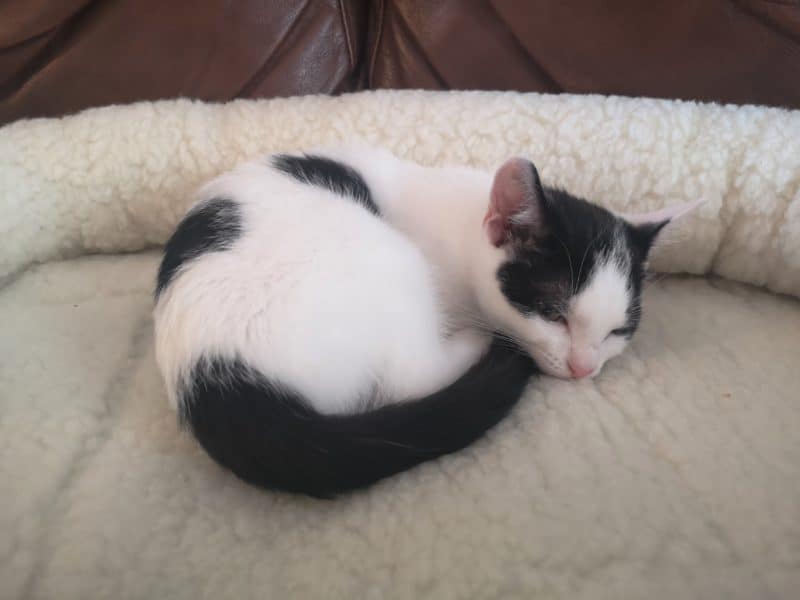 Being a kitten, Jinx is an extremely playful cat. She has a few ‘mad hours’ during the day and loves for someone to play with her. PetLove have a lovely range of toys for kittens and cats and they sent us a few to try out with Jinx. 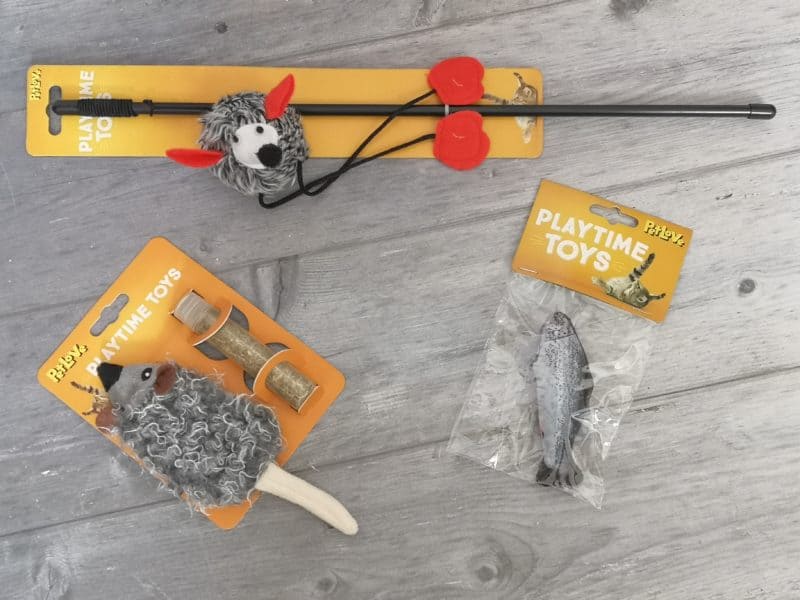 One of the first toys we tried Jinx with was the toy tickler, which is a long stick which has a mouse on the end filled with catnip. She had already played with something similar so I thought she would take to this one quite quickly… and I was right! Having a long stick, I was able to stand up to play with this with Jinx and she quickly discovered the dangly legs and chased them around the floor. 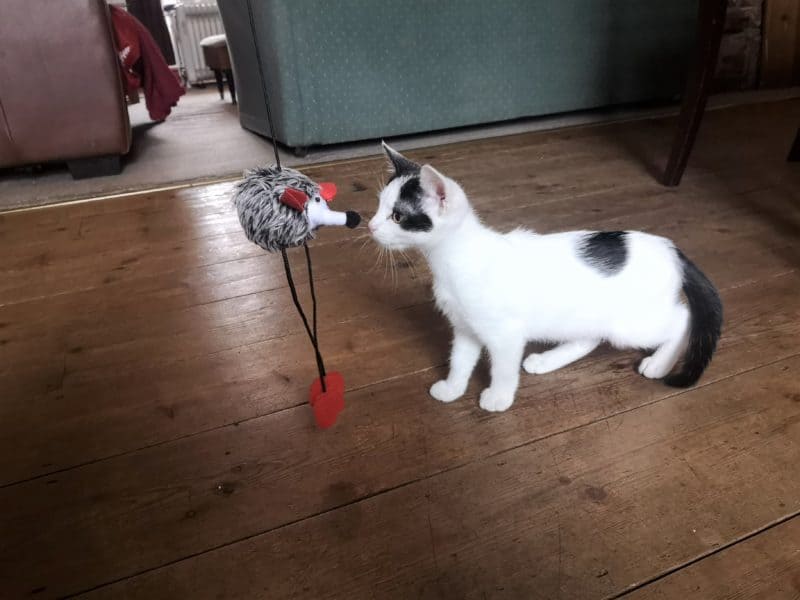 Not only is this a great toy to play with for you and your cat but it’s something we’ve found that she will play with on her own too. We have this propped up on one of the dining chairs so the mouse and legs hangs down, meaning she can try to ‘kill it’ whenever she likes. 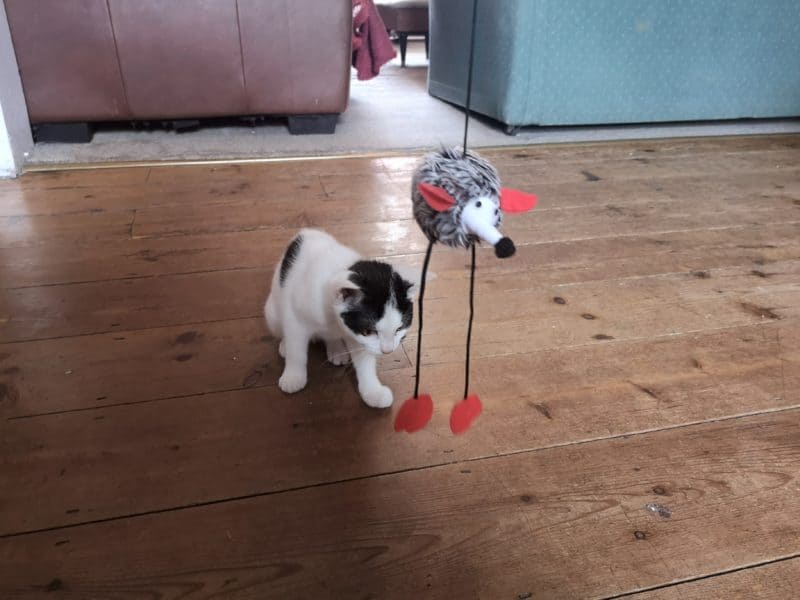 My Mum and sister both have cats and have had various toys for theirs over the years. Something I hadn’t seen before though was a toy where you can refill it with catnip. Jinx now has a mouse that can be filled with catnip thanks to PetLove. On our first try I only added a really small amount of catnip to the toy and I don’t think it was enough as Jinx wasn’t that bothered. However, a few days later I added a bit more and Jinx was straight on it and plays with it most days now. 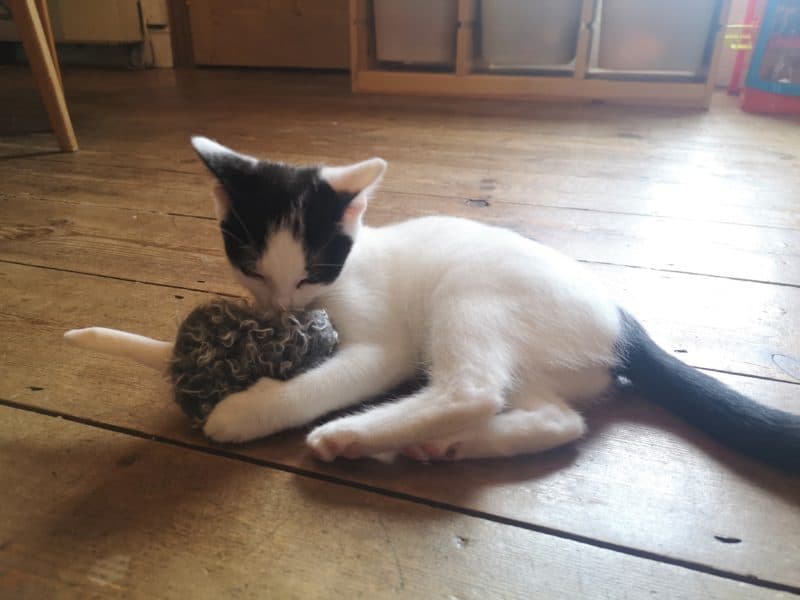 Jinx’s favourite out of the three was the catnip filled fish toy. As soon as we got it out of the packet she went a little crazy and chased it around the living room and dining room for such a long time. Jinx likes to play fetch sometimes too and has so much fun bringing this one back to us to throw again for her. 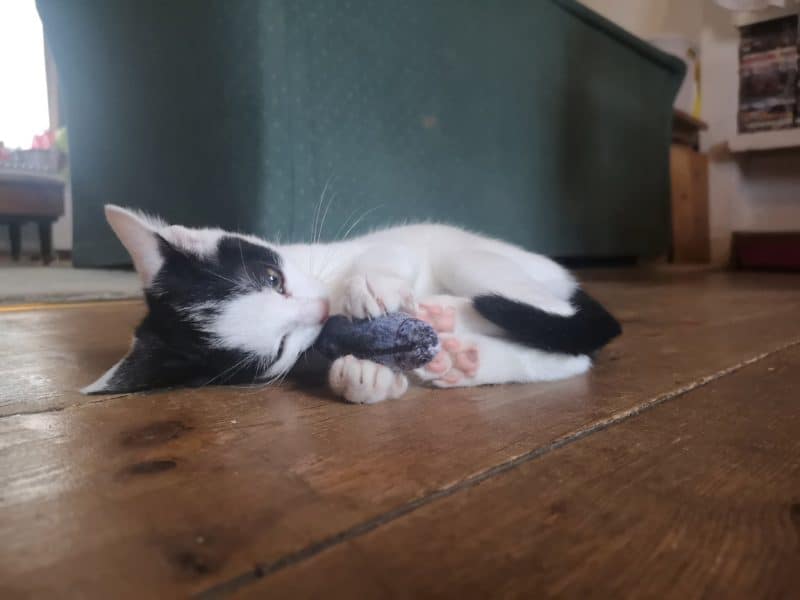 Mikki Pet also have a lovely range of grooming products. It’s so important to get your cat or kitten used to being brushed, combed or gently groomed and there are products for all different kinds of cats. Jinx is still very young but she isn’t a nervous cat and loves to sit on a knee (or shoulder or chest) so we’ve started 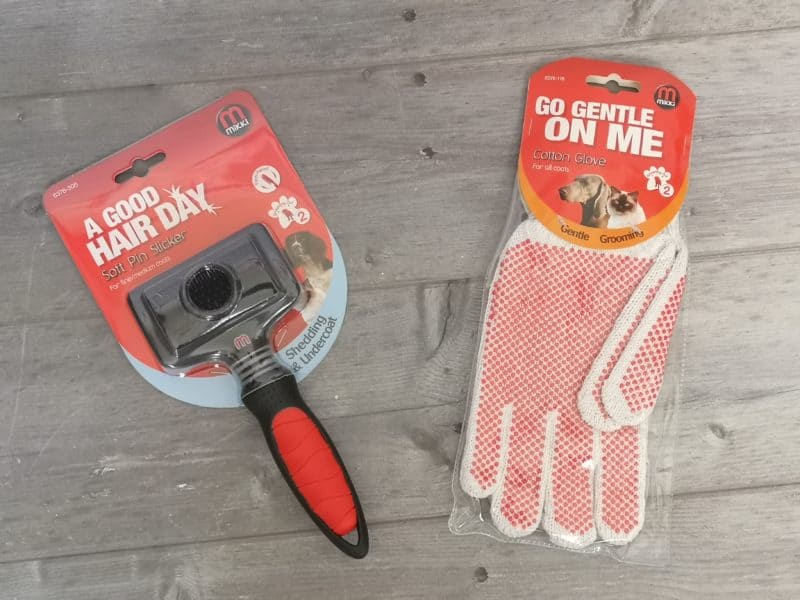 Bringing a cat or a kitten into your home is such a big responsibility and starting their life with you right is so important. I really feel like creating a warm, loving and playful environment for Jinx has helped her to settle in as well as she has and without some of these items, she might not be as comfortable or as confident as she is. 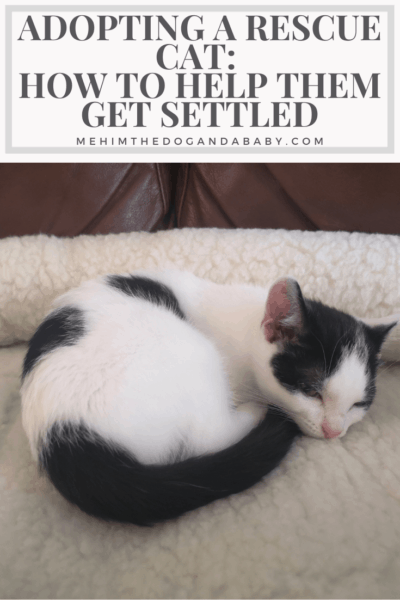 9 thoughts on “Adopting A Rescue Cat: How To Help Them Get Settled”