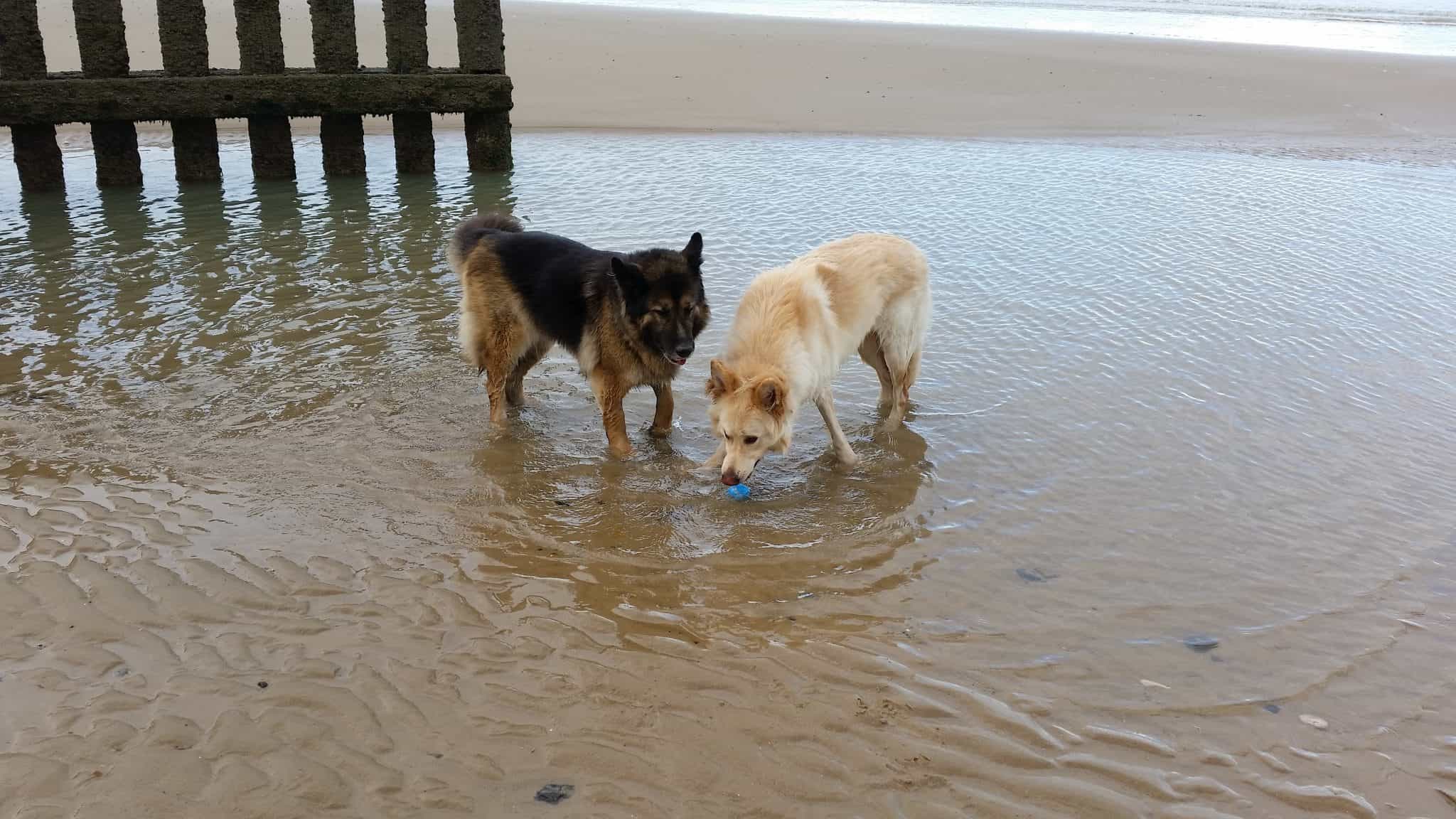 Since moving to Norfolk something I haven’t taken advantage of is the beautiful coast. Part of the problem is that John and I don’t drive so some of the beaches are hard to get to.

Yesterday we headed to a beach in Overstrand with some of the family. John’s brother and his girlfriend came round for a bit first with their gorgeous dog Roxy! Ever since we got Jackson I wanted him and Roxy to be friends but this is the first time they’ve met! Roxy followed him around while Jackson ran away as much as he could to stop Roxy from stealing his ball!

After some dog introductions, we took them to the beach. This was the first time both Jackson and Erin had been to the beach. John is a bit of a worrier when it comes to taking Jackson somewhere new because he is a bit of a terror. He also sometimes doesn’t listen to us when he should. When we opened the boot of the car, Jackson made a run for it down the slope… and Roxy followed! Luckily, after a little chase, we did get them back and on leads quickly.

The beach was really quiet and we were able to let the dogs off their leads safely, without the risk of them running off to other dogs or children. Jackson loved it! He was so happy running around after his ball, with Roxy not far behind him. He also discovered sea water which he thought tasted lovely!

Erin wasn’t really too bothered about the beach to be honest. She’s been poorly and was tired. We had to carry her too and didn’t take anything to sit on. Unfortunately, she didn’t really get to do much at the beach. She was quite happy watching the dogs run around though. I am excited to take her to the beach properly next summer though when she can really play.

Hopefully, by then, we can get Jackson bus trained so we can take advantage of some of the other beautiful beaches in Norfolk.

It was so nice to have Erin’s Auntie and Uncle round and to go to the beach for a bit with the dogs! Hopefully this is something we can do more often. Everyone seemed to really enjoy it (and Jackson was worn out)! 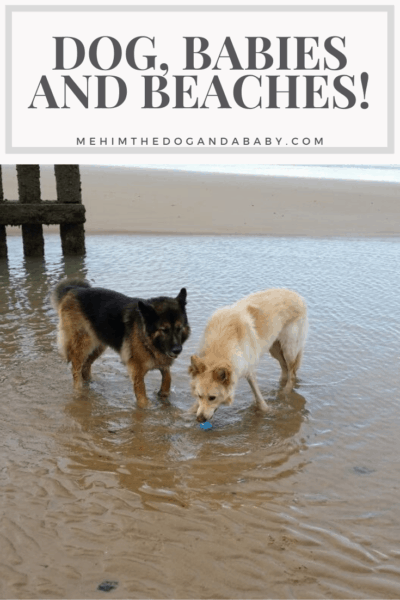 1 thought on “Dog, Babies And Beaches!”