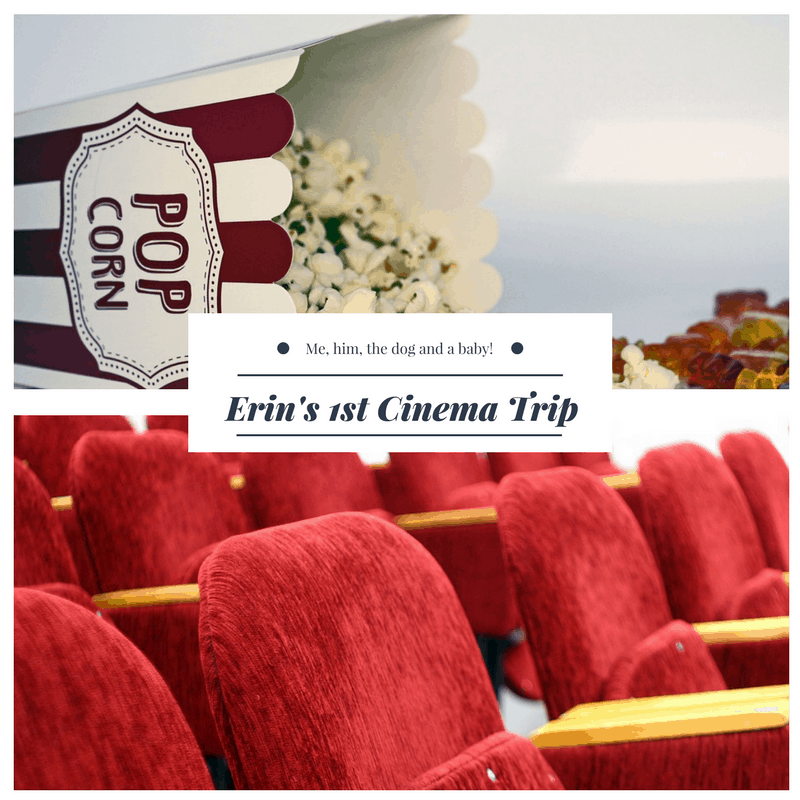 A couple of weekends ago John and I took Erin on her very first cinema trip. I’d never planned on taking her to the cinema at 18 months old. I think in my head I had thought about it being when Erin was 3 or 4, or something like that. However, when I found out that Paw Patrol would be shown at Vue cinemas, I knew we had to take her. Paw Patrol is Erin’s favourite after all. 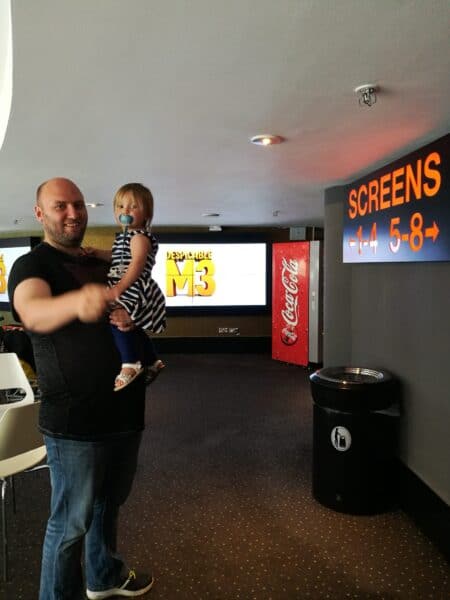 When we got to the cinema Erin had no idea where we were or what was going on. When we got her out of the stroller before we headed in to the screen, she wanted to run around like crazy. She loved the super long corridor and just wanted to explore.

The cinema was really quiet, which was lovely. Vue make it so you choose your seats beforehand and as Erin is under 2 she was free and supposed to sit on one of our laps. However, we were the only people on the front row so we spread out, with Erin sat in the middle of me and John. I purposely chose to sit on the front row, even though Erin would be very close to the screen, because I didn’t know how she’d cope. The front row meant having room for her to run around should she get bored or annoyed quickly. 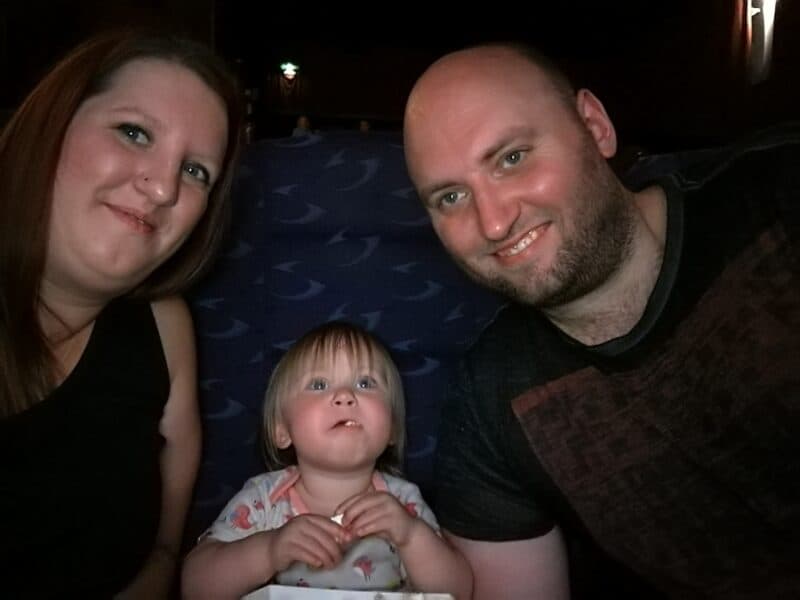 Luckily, Erin was super happy sitting in her chair. John bought a large tub of popcorn and Erin was very quick to help herself! She loved it! 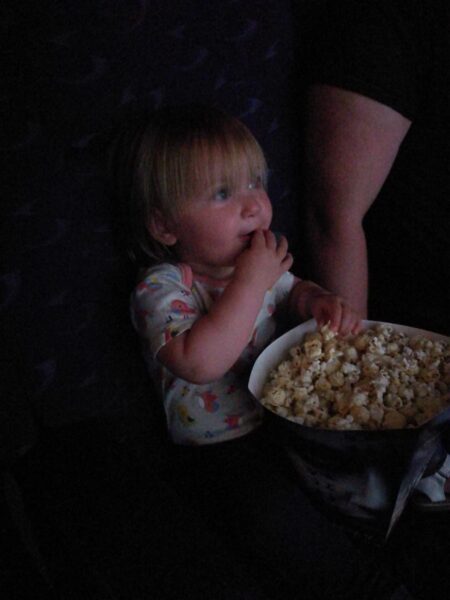 Erin loved watching the adverts and trailers but she was so excited when Paw Patrol finally came on. She heard the theme music and danced along. It was amazing to see her so happy about something she’d never experienced before. I’ve heard of so many young children being scared when going to the cinema for the first time but Erin didn’t care at all.

Although we didn’t see a Paw Patrol film, we did get to see 2 episodes Erin hadn’t seen before and meet the new pup Tracker.

I would definitely take Erin to the cinema again to see something she likes. How old was your child when you took them for the first time. 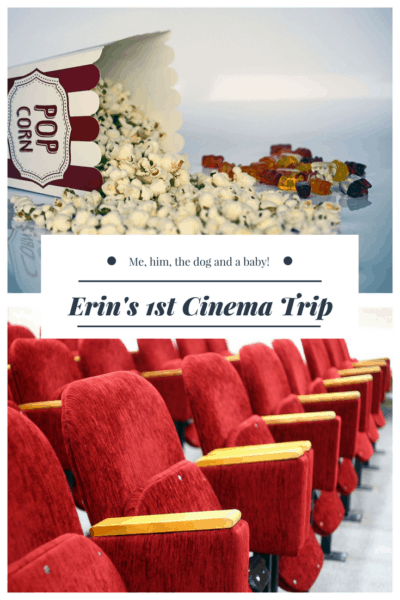