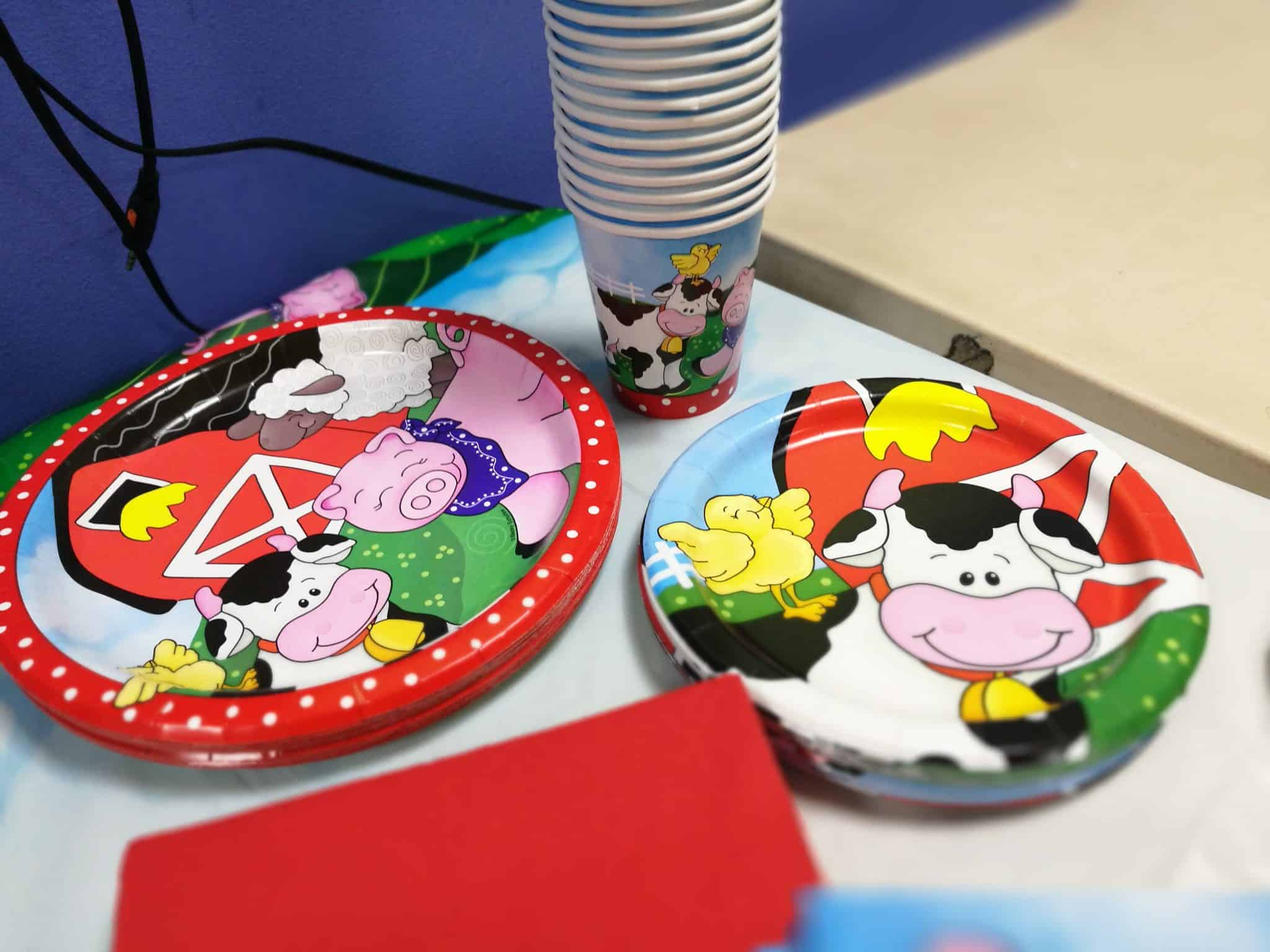 I don’t really remember having birthday parties as a child. I do, however, remember my sister’s party at McDonald’s with the big pirate ship that I was insanely jealous about. Well, until I hit my head on that pirate ship anyway. Erin was always going to be having a birthday party, whether she’d remember it or not.

As this was her 1st birthday, I wanted to do something that was fun for everyone. We have been going to a class called Music in Motion now and Erin loves it. The woman who runs that was an obvious choice plus, we could choose a theme. Having the party farm themed was a really easy choice for me. It was unisex, there would be no pink and it was also cute! Win for everyone!

The first thing I did before anything was to get some tableware sorted out. Party Bags and Supplies do a fantastic Farm Friends theme and they have loads of different items available. We were able to get pretty much everything we needed for under £30 and it is all fantastic quality as well.

Let me just say that when you only have one child, and you have never done a birthday party before, you really have no idea what you’re doing. It’s all guess work. Food was a bit of an issue if I’m honest. I had a few guests with intolerances and allergies. I had about 20 people in total to cater for. I had no idea what to buy and how much. Turns out I did too much but more about this in another post.

I think the farm themed table cloths and the farm themed party hats were my favourites of everything we got. I wasn’t expecting 1 year olds to keep the hats on but some of them did for quite a while!

Only 2 people invited couldn’t make the party but we had a good turn out and most of Erin’s friends came! The room was actually quite full and it was MANIC! My sister, who has no children, was not a fan. She was a trooper though and took loads of photos for us.

The first hour of Erin’s party was spent with Donna singing farm related songs, playing with musical instruments and a big parachute thing. The children all really seemed to love it, apart from Erin who did cry a couple of times. She was being a grumpy little sod though! The last hour of the party was spent scoffing the crazy amounts of food I’d made. A good amount made it back into my kitchen. We ate it for dinner last night and it still hasn’t all gone. I’ll still do the same next year!

Erin’s friends spoiled her with some wonderful presents (thanks parents!!) and she genuinely loves all of them. She went from one to another last night and couldn’t decide what to play with. She then got to play with some in the bath. I didn’t even know light up, fountain spurting bath toys were a thing but Erin LOVES them!

I was quite exhausted after the party, as was Erin, but it was so worth it. She was so happy for the last half of the party and afterwards for the rest of the day. She got to spend some time with her amazing friends and just have fun. 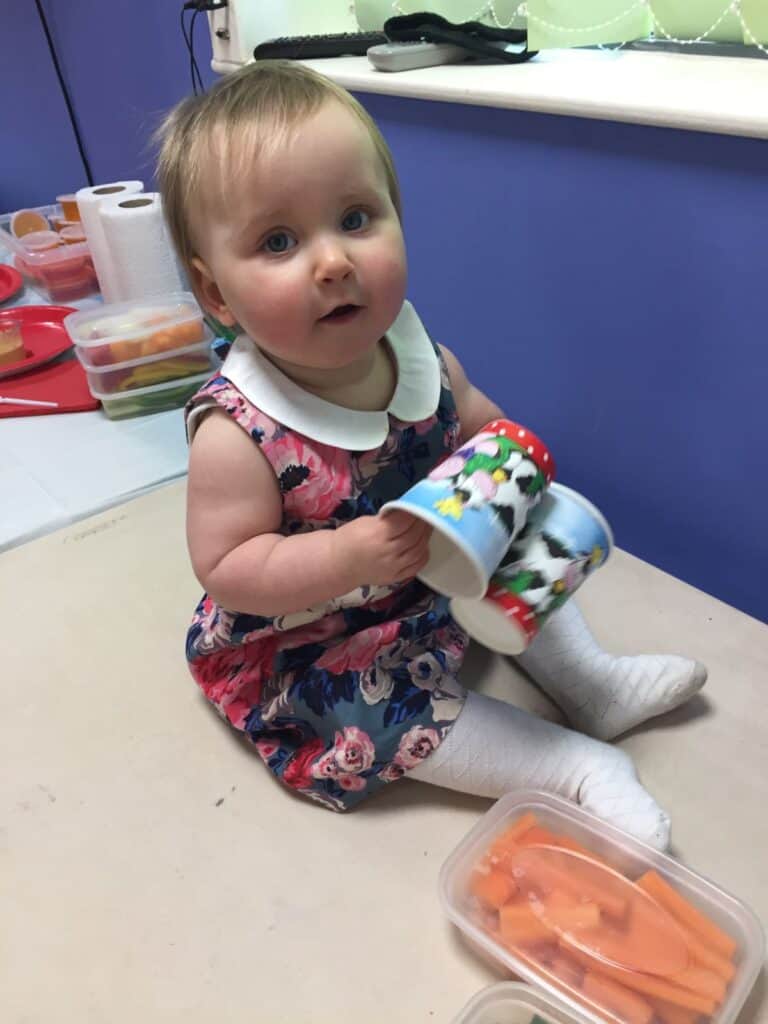 I am so thankful for everyone who came for making Erin’s party such a special time for her. Erin may not remember this day but I will.