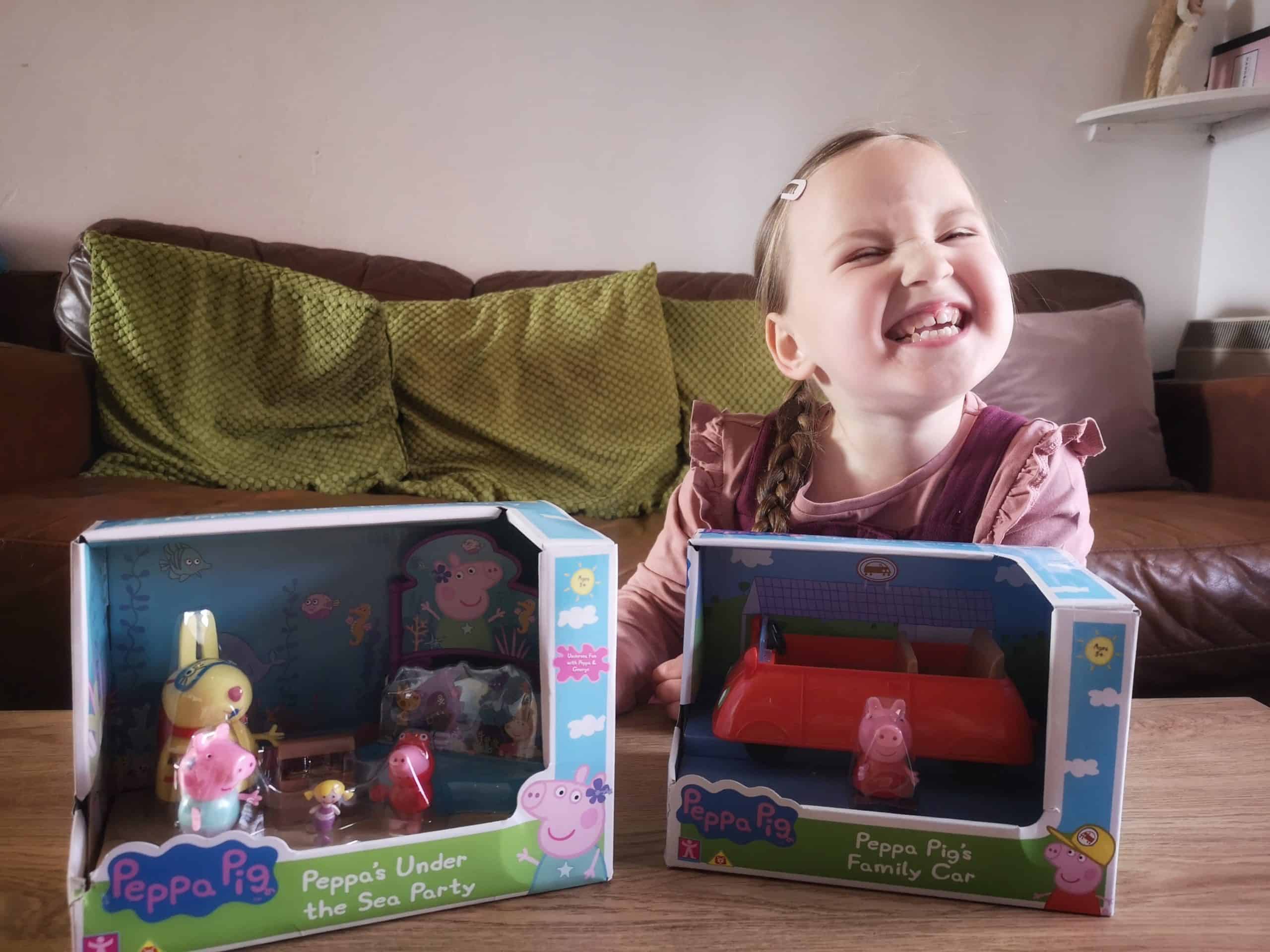 Some of Erin’s favourite toys are Peppa Pig related. We have quite a large drawer full and Erin loves to get the toys we already have out at least a few times a week. Erin has a fantastic imagination and spends ages coming up with new situations for the characters and thinking of what adventures they can go on next. To help with that, Erin was sent the Peppa’s Under the Sea Party set and Peppa Pig’s Family Car.

The Under the Sea Party set comes with 3 figures, a stage and accessories. Peppa is wearing a swimming costume, George is dressed as a crab (maybe a lobster) and Miss Rabbit is a scuba diver and they come with a toy mermaid, a treasure chest and what I think is a stage. You really get a lot with the set and it gives you lots of options for playing.

Peppa Pig’s Family Car is a lovely size for small hands and it comes with a Peppa Pig character. There is space in the front of the car for one ‘adult’ character and space in the back for Peppa and George. You’ll notice there are small holes and different shapes in the seats and this is so certain characters fit in properly without falling around! 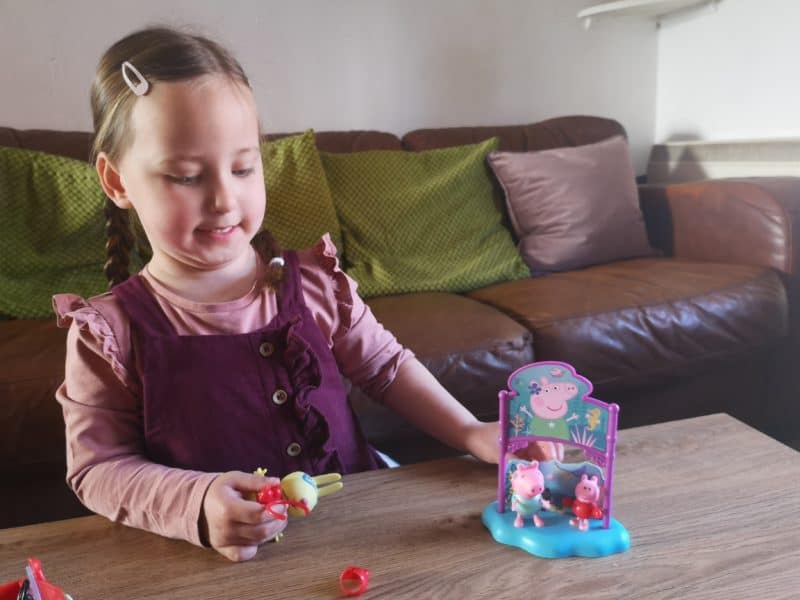 I really love that you get three characters with the under the sea set. We already have some characters from other sets but not a Miss Rabbit and no characters in special clothes. Erin loves that George has a costume on, although she did take his hat off immediately and won’t let it be put back on. I can imagine these coming out into the garden with us to be put in real water at some point. 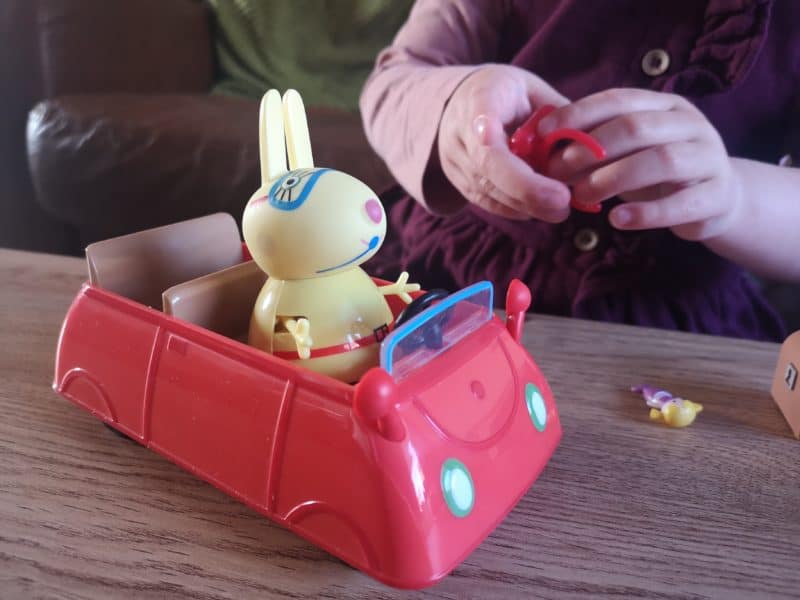 Something that I think is really great about the Peppa Pig toys is that you can use characters from different sets. They all have the same kinds of legs etc. (for the same size characters) so you can even more fun to whatever us being played with. This really helps with making the sets much better value for money as they can be used in more ways! 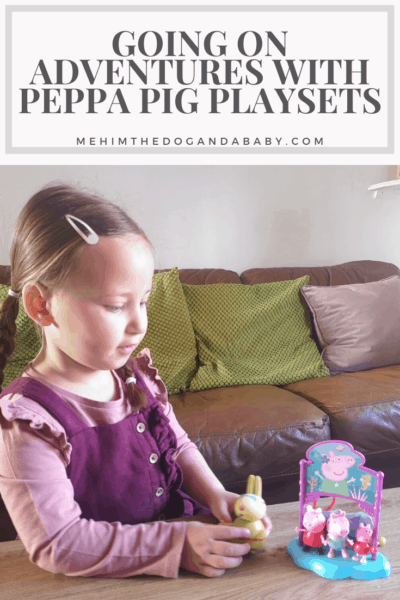