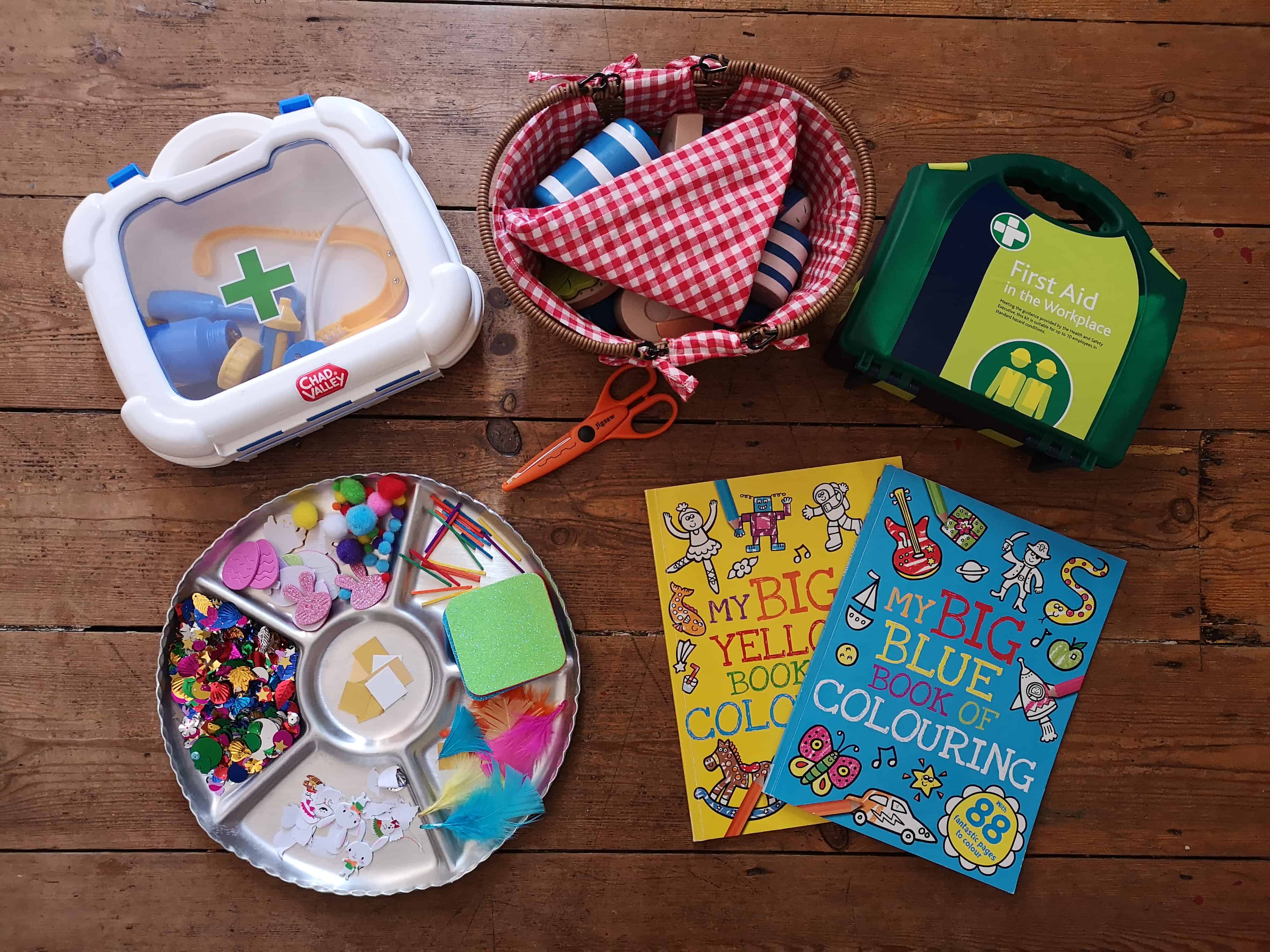 Last year I wrote a post all about the toys that Erin liked to play with when she was 2. I had a comment on that post recently asking if I had an updated post about what Erin likes to play with now that she’s 3 so I thought I’d better write one! Here are some of the toys she has been playing with this year and that seem to be her favourites:

Colouring is always a winner in our house. Erin has had a decent collection of colouring books since she was probably about 1 so we always have loads to choose from. Depending on her mood, Erin can sit and colour for quite some time and sometimes I get to share a picture with her. We get most of our colouring books from either The Works or Wilko (thanks Mum) as the pictures are usually really big and interesting for Erin. 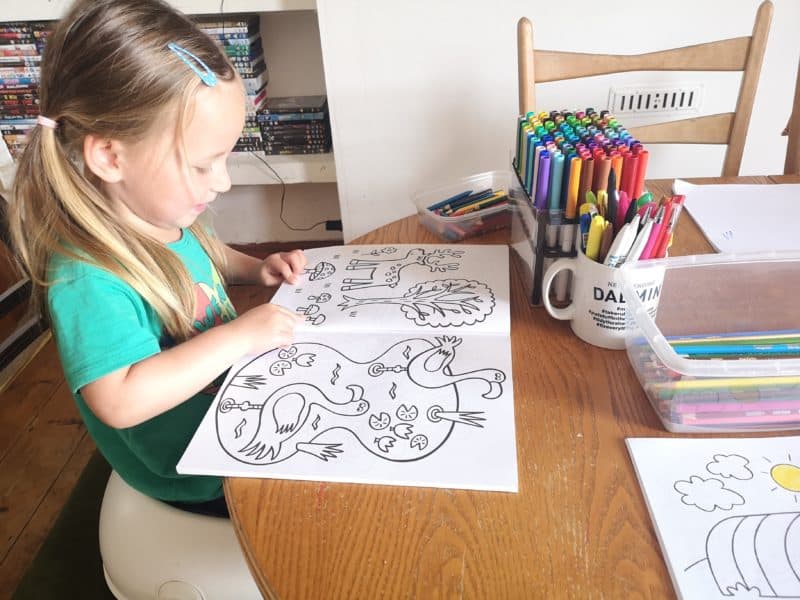 I can’t remember if it was for her birthday or Christmas last year but Erin got a doctor’s kit. She has a box with plastic items in that we bought from Argos and then a real first aid box filled with bandages and plasters. I think this is definitely one of the most played with toys in our house this year. If you come for a visit you need to be prepared that at some point you will have a full health check and the snakes removed from your stomach! 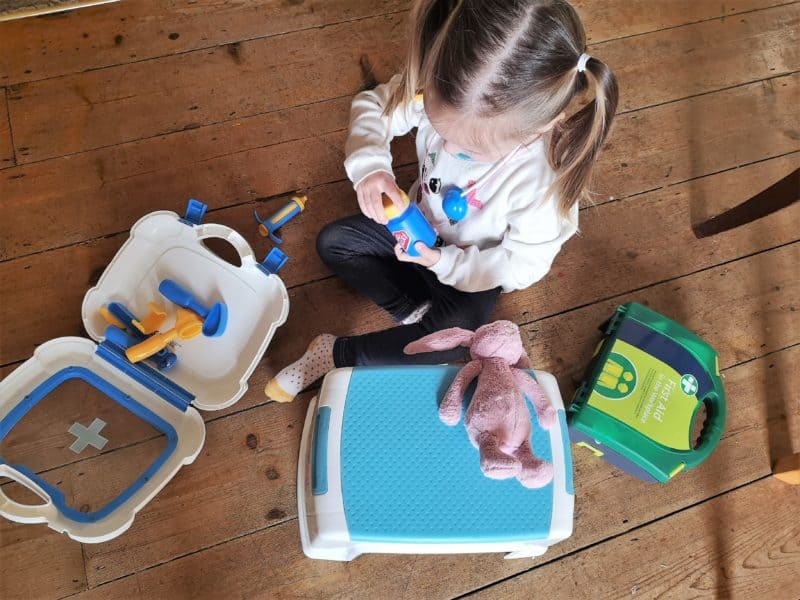 I like to think that we have a pretty good stash of things for Erin to do at home for any kind of day. We have a couple of really big boxes of craft supplies such as paper, sequins, feathers and pom poms! Erin loves to get the boxes out and create pictures! I do try to make the craft sessions a bit more structured at times but I end up being the one doing that particular activity and Erin just does what she likes. I think she just likes cutting and sticking things. 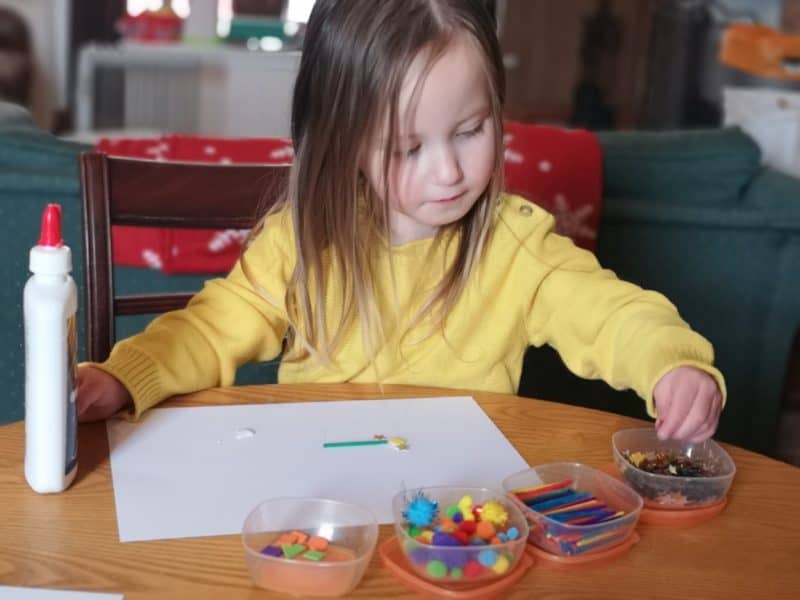 Not too long ago Erin was sent a BABY born doll and she is so in love with it. She has had second hand dolls before now but nothing that came with it’s own bottle, dummy and even it’s own potty. The BABY born doll also has some accessories such as additional sets of clothes and I know Erin already wants some extras for her. 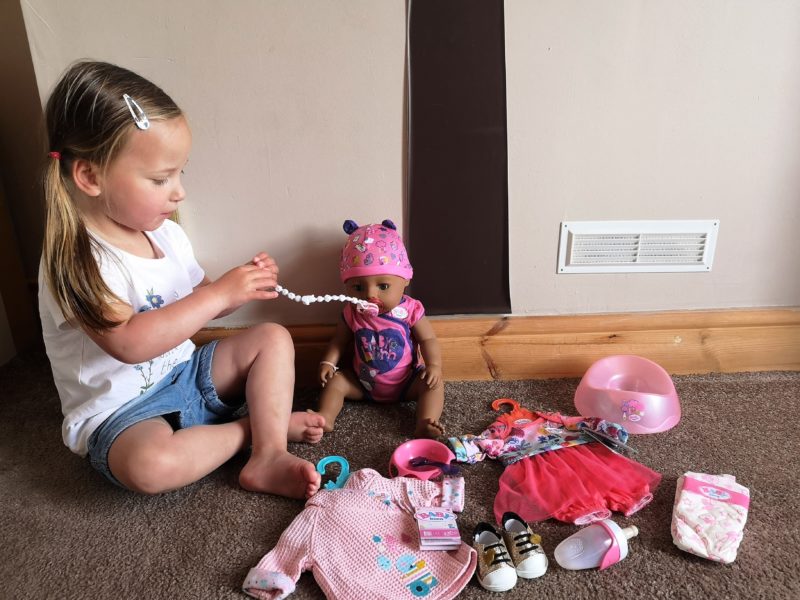 Erin has had the next set of toys for well over a year now. The BBQ set and the picnic sets below are from JoJo Maman Bebe and they are really the most wonderful sets to encourage imagination. Erin and I can happily have a picnic, BBQ or both either in the living room or the garden and we can play this for such a long time. JoJo Maman Bebe isn’t somewhere I would have thought of for toys before but they have a great choice, especially if you want something wooden and long lasting. 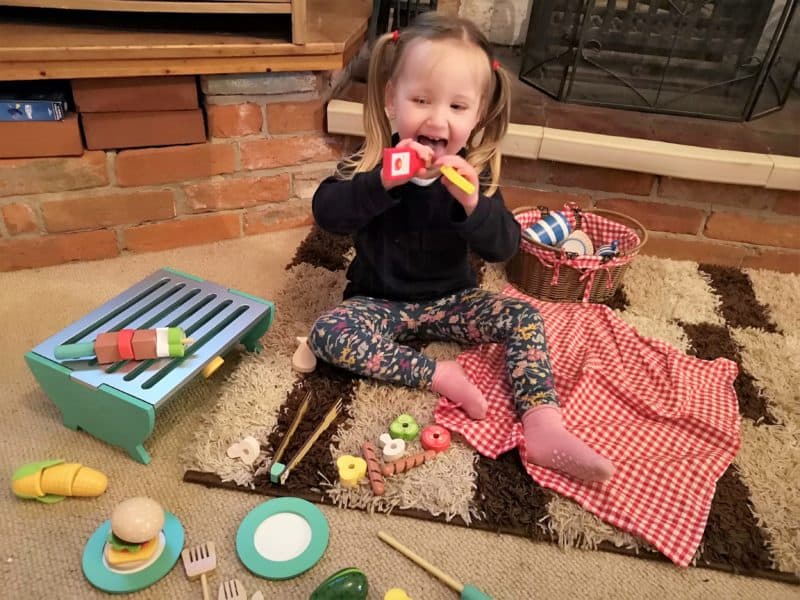 One of Erin’s newest toys is the Little Tikes Fountain Factory. We spend so much time in the garden so we have tried to make sure there is plenty out there for Erin to play with on a regular basis. This water table encourages STEM learning and it’s also so much fun. This is one of the more expensive toys that Erin plays with a lot but because she plays with it so much, I think it’s worth it! 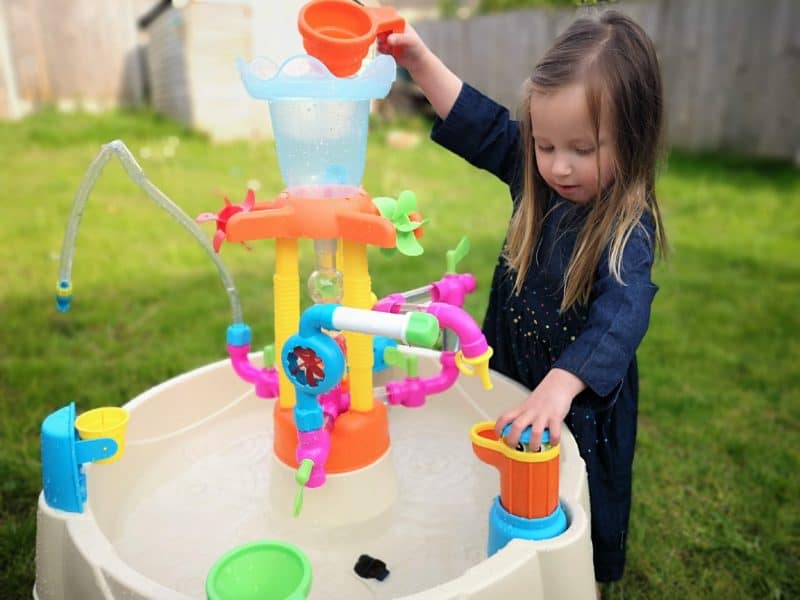 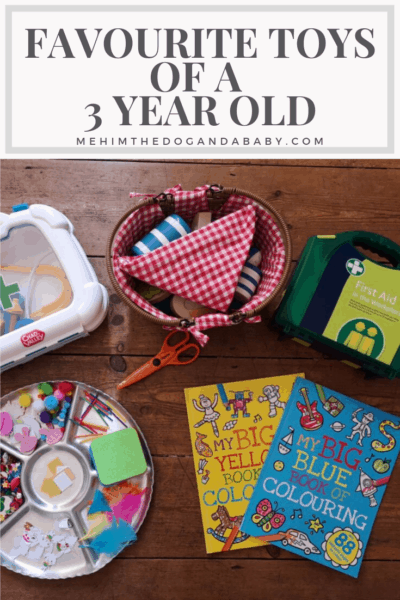