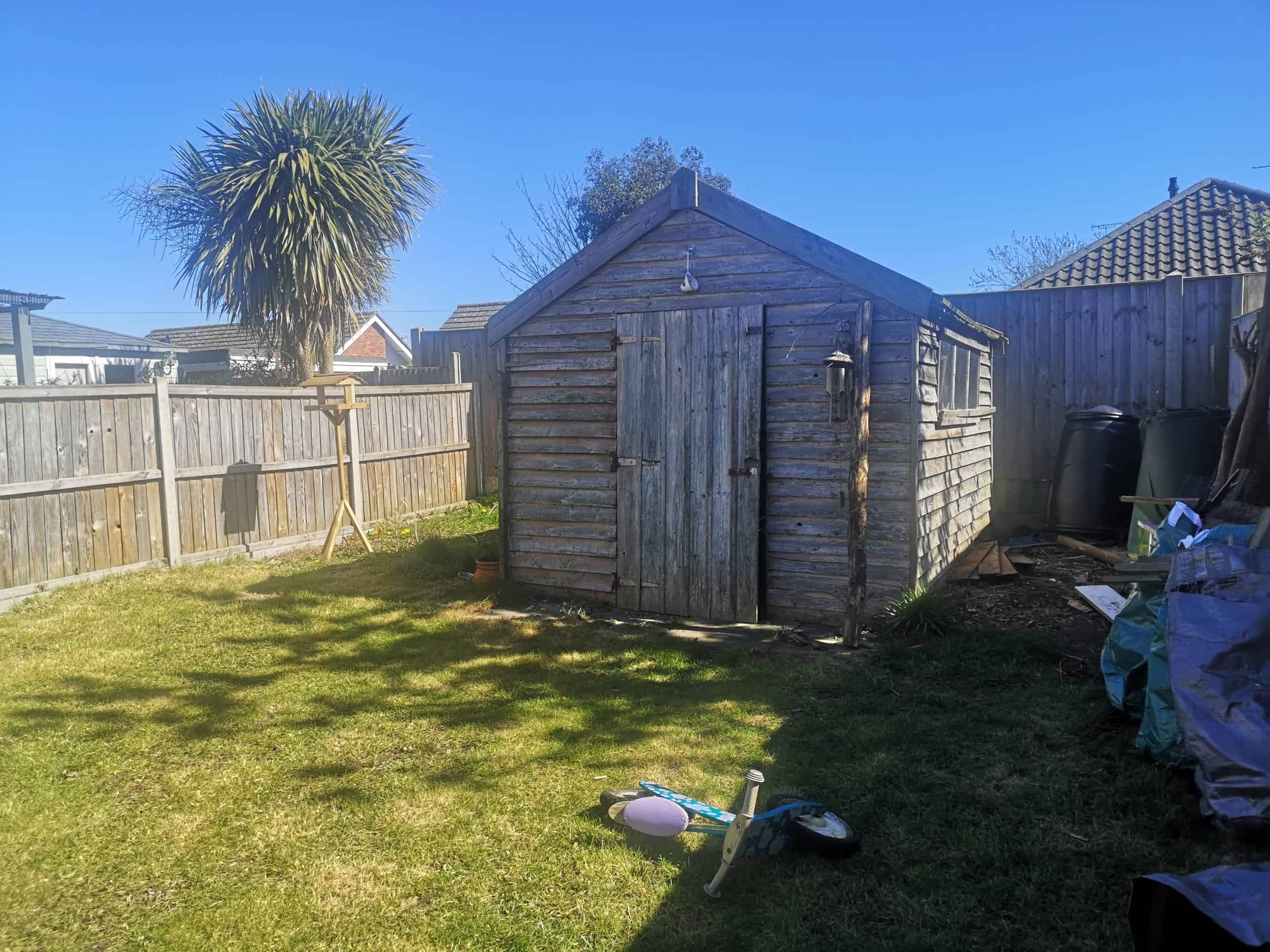 A month ago I think I might have been writing a very different post. However, the current situation means that things have changed somewhat. At the beginning of the year I wrote about the plans I had for the year ahead; the things I wanted to get done around the house. The garden has become a bit of a sanctuary for us at the moment, being one of the only places we can go to get some fresh air and to escape the house and now we need to think about our garden for the summer.

Now that I’ve spent a bit of time out there, which I hadn’t done since last summer, I’ve taken a really good look at our space and made a bit of a plan about what I want to do with it. We did have a big garden makeover back in 2015 and spent a fair bit of money on a new fence, turf and an area of decking but over the years (and a menace of a dog) it has gotten worn down a bit and it’s just not as nice as it once was.

At the back of the garden we have a shed that has had wood worm at some point, is rotten in many places and is kind of falling to pieces. It’s gotten to the point where it’s a bit of a hazard but it’s also full of stuff. We need somewhere to put things like our lawnmower and John’s bike, as well as throwing out anything else in there that we don’t need. 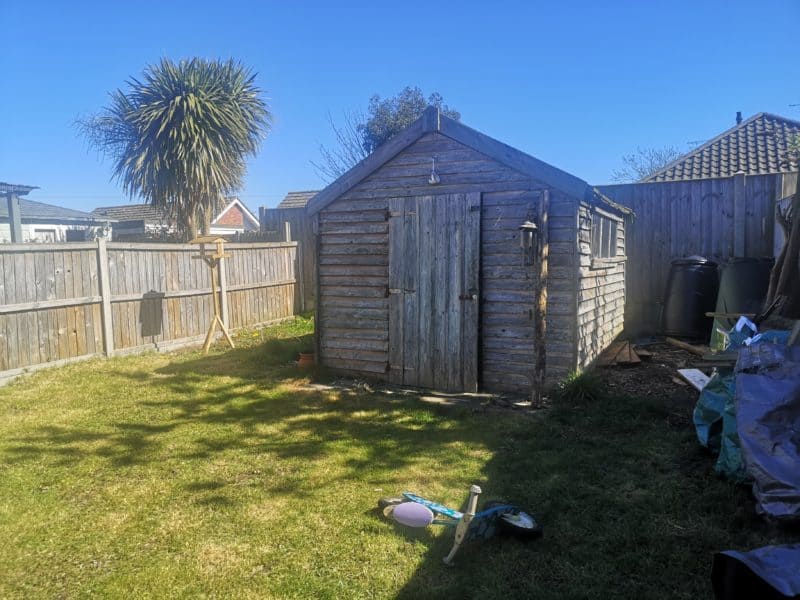 Next to the shed was also lots of pieces from two big rabbit hutches we had to break down after our bunnies died and we’ve never gotten round to getting rid of it all.  As you can see, we have started to cut up the chicken wire, break down the wood and store it all in garden bags but actually getting rid of it all isn’t that easy. As we don’t drive we can’t just take a trip to the dump. 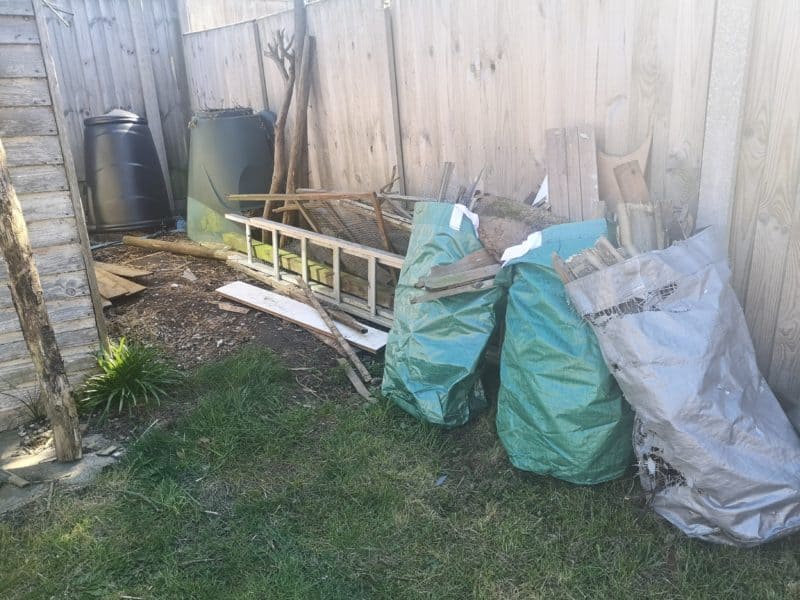 Even if we do manage to get rid of everything at the side of the shed we then have the task of knocking down the shed and getting rid of that too. I’m wondering if we wait and order a skip and hope that everything fits in instead of getting rid of it bit by bit. If we do this then we really need to have a new shed in place somewhere else in the garden and right now I don’t know where I want that to be. 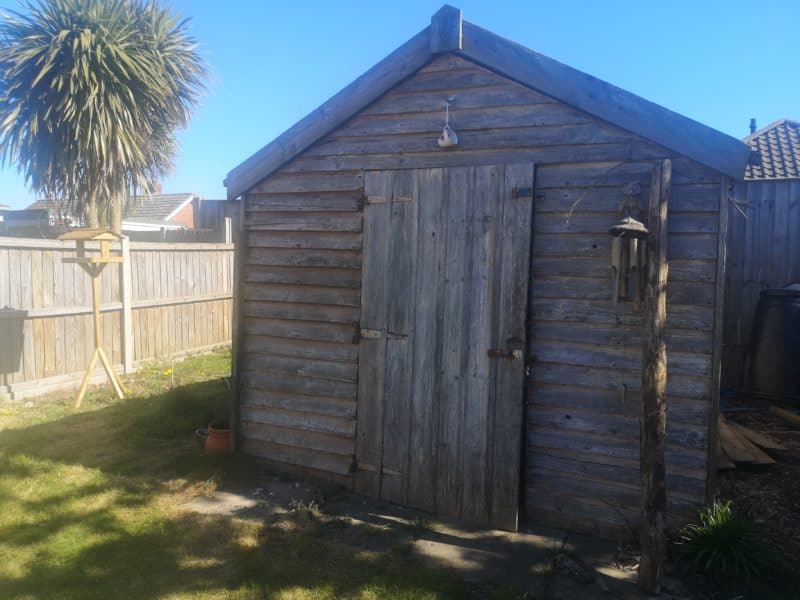 Ideally, I want this back area of the garden as Erin’s play area so I want to level it out and maybe cover it in something like play bark. Erin has a large playhouse and sandpit which I want to put here, as well as the outdoor toy box and mud kitchen. All of her things would be in one place then and we could do something else entirely with the rest of the garden. 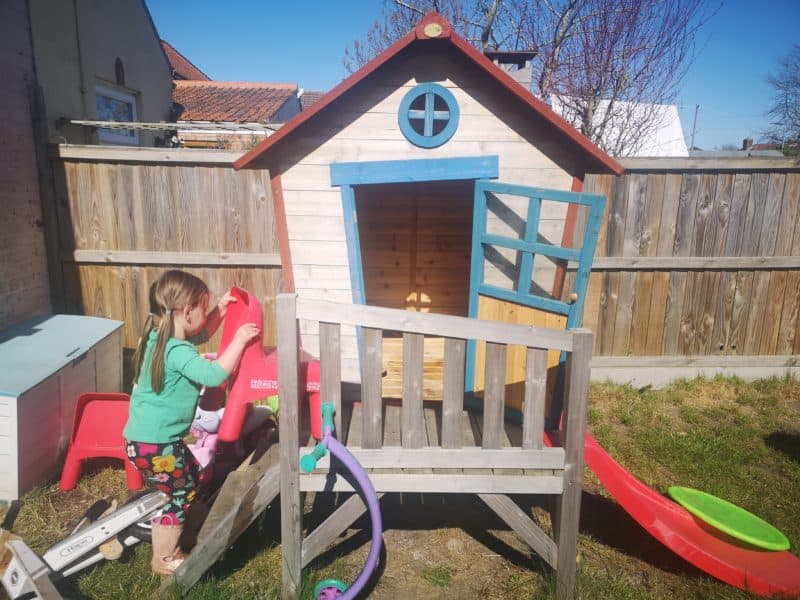 Ideally, I wanted to have most of this done by the end of summer but it’s just not going to happen. It’s a much bigger job than I though it would be, especially without the help of a couple of skips and more money than we have right now. So for now this year I think I’m going to get a couple of quotes for some work I want doing and save up to have the big stuff done next year. 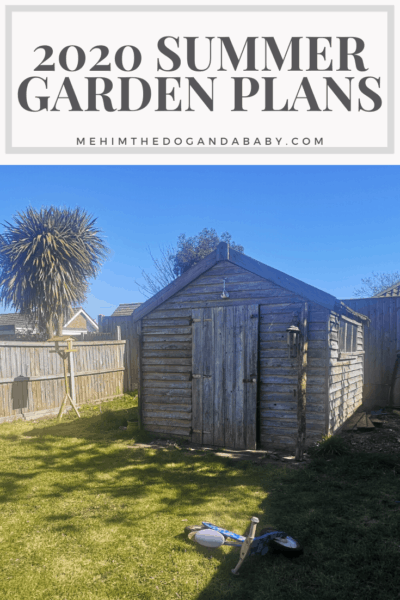