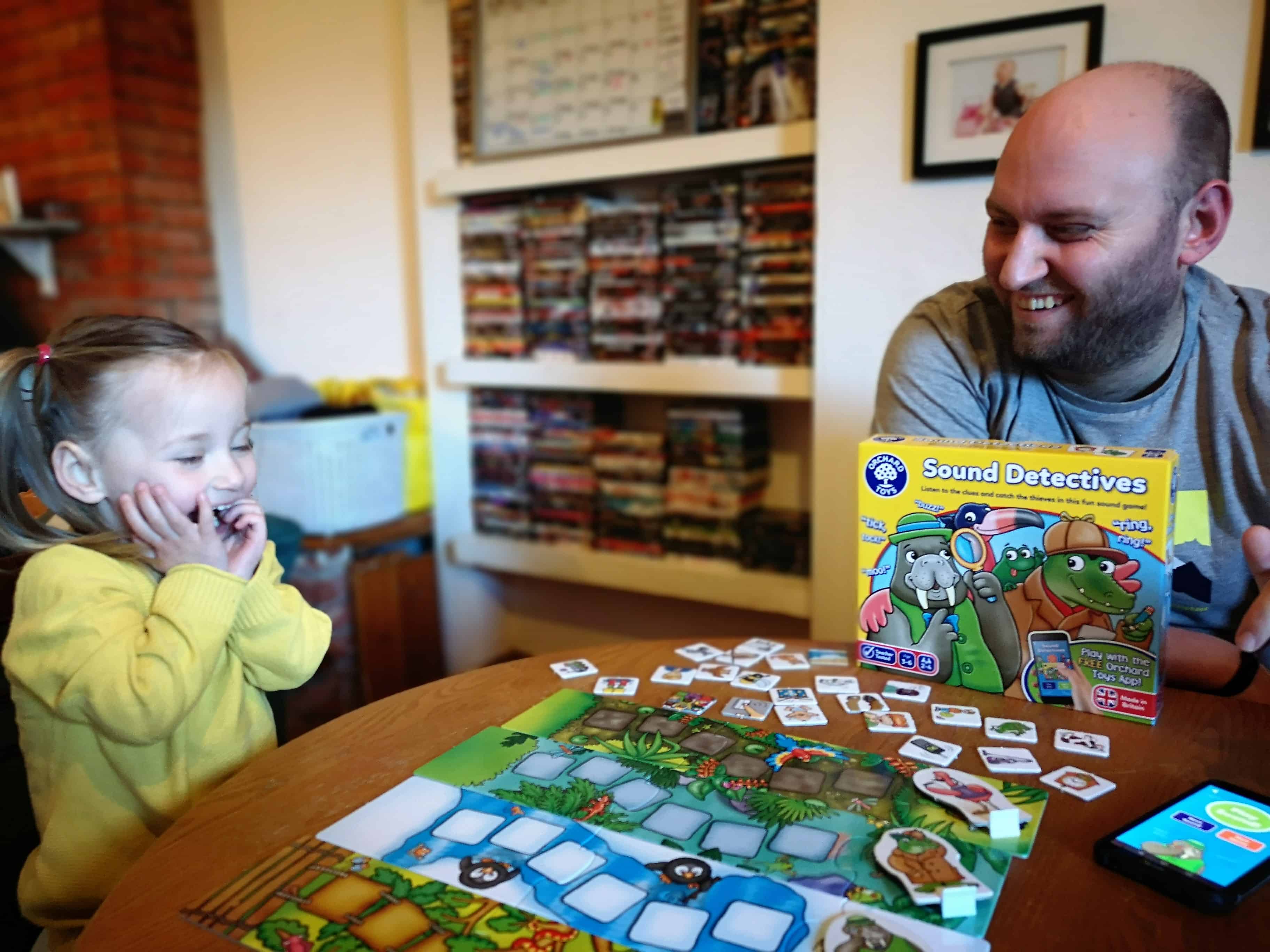 AD | We received this product free of charge. All opinions are our own.

One of my favourite activities to do with Erin is to play games. I love that we can play something fun while she gets to learn something at the same time. Orchard Toys have such a great range of games for children and we were kindly sent one of their newest releases; Sound Detectives; to try out! 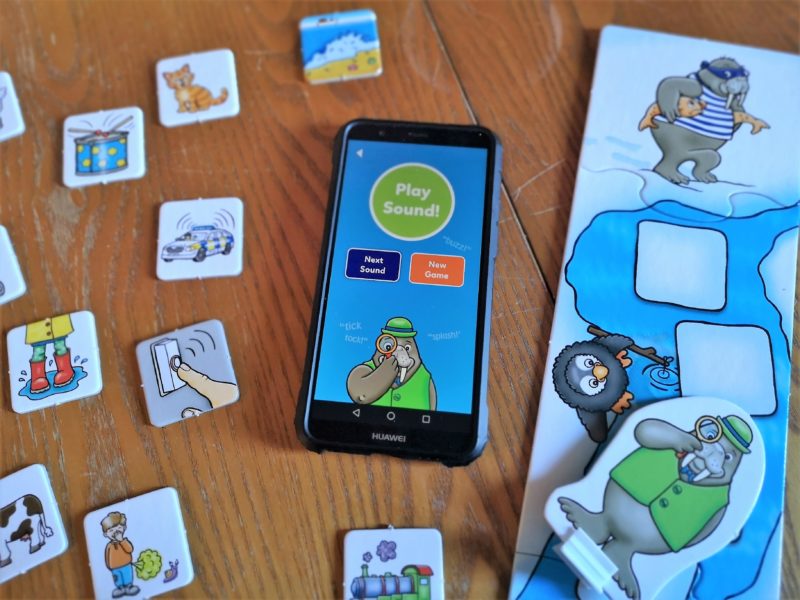 Sound Detectives is unlike any of the other Orchard Toys games as you need to use an app on your phone to play. The game is aimed at 2-4 players but we played fine with just Erin. Sometimes with a new game it’s easier for her to play on her own with our help just to get the idea of what she needs to do first. 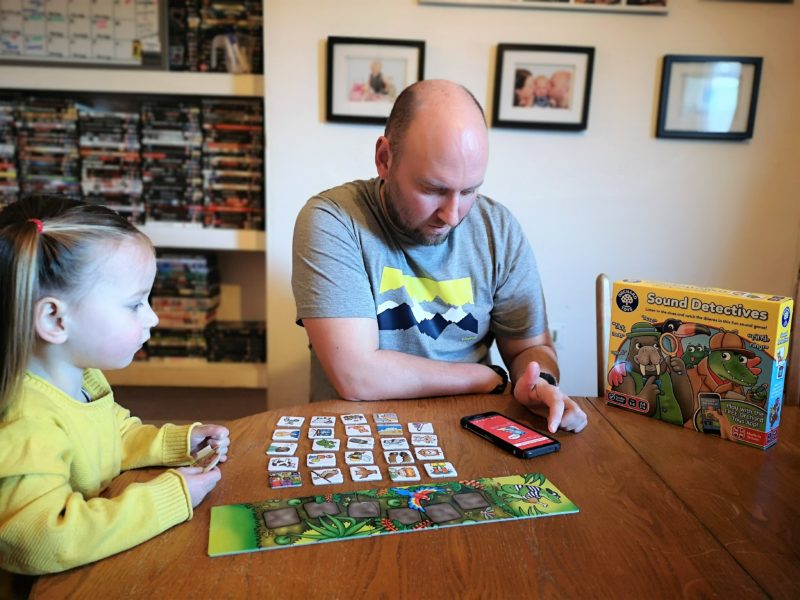 Each player should choose a detective playing piece and then put together the corresponding path board. The last piece of the board should be turned over so that you can’t see the character.

There are 24 sound clue cards which should be shuffled and placed picture face up in the middle of the table.

Once you have the Orchard Toys app installed you can pick the Sound Detectives game. The app lets you play a sound and then players must try to pick up the correct piece that matches that sound first.

The player who gets the piece gets to put it on their path board, turned upside down to show footprints. The first player to get 6 sounds right wins and gets to turn the last board piece over to show the thief! 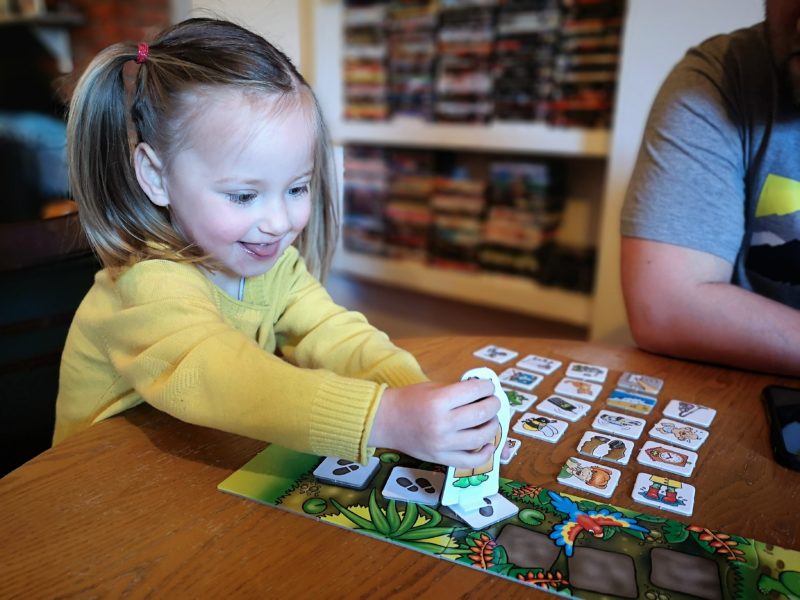 As Erin was playing on her own we didn’t really stick to the instructions. Instead, Erin had all of the sound clue pieces and we encouraged her to find the right piece herself. The game is aimed at children aged 3+ and a couple of the sounds were a little bit difficult as Erin hadn’t experienced them before e.g. the doorbell. 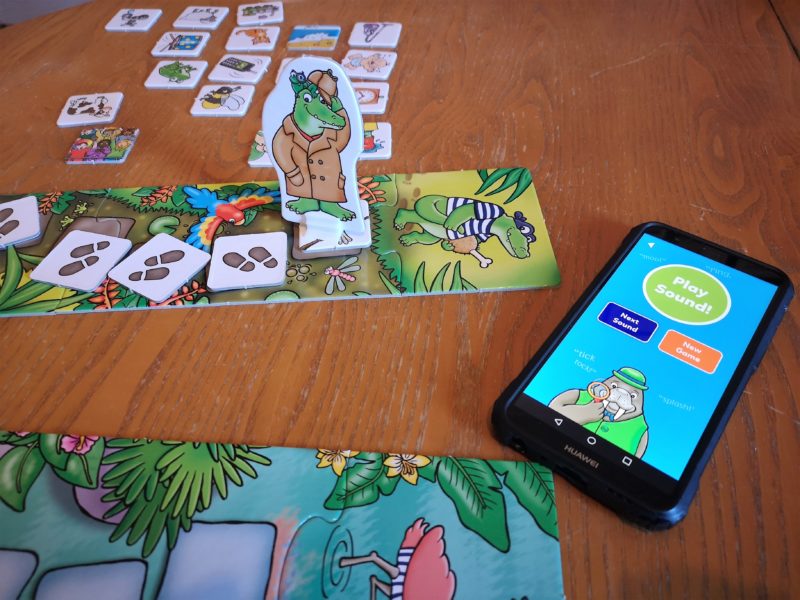 We soon got into the swing of the game and John and I helped to explain any sounds Erin wasn’t sure of. She loved collecting the sound pieces and putting them on her board. We didn’t always manage to get her to turn them over to show the footsteps but that doesn’t really matter.

As we were only playing with Erin, once she had finished 1 path we moved on to the next and completed all 4! 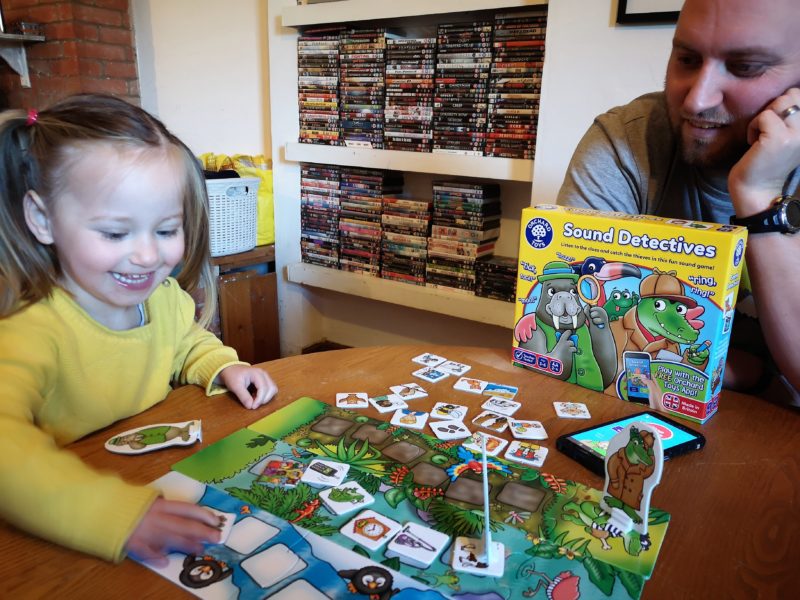 Erin had so much fun playing Sound Detectives, which you can see from the pictures. At one point she got so into it she was trying to climb on the table to find the right sound pieces and to press the ‘play sound’ button on the app. Erin really enjoyed discovering some new sounds and especially liked the baby crying. She thought it was hilarious! 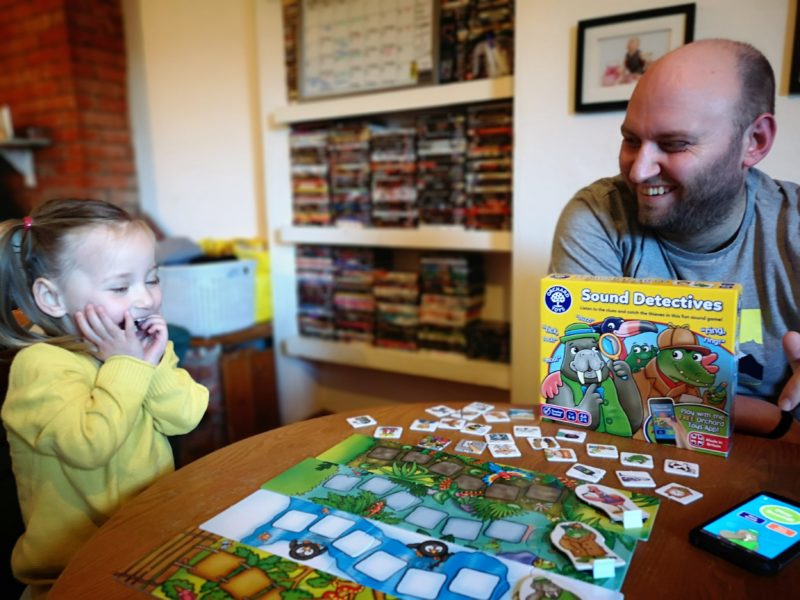 I love that Orchard Toys have come out with something a bit different this time. We use our phones and tablets quite a lot and children are so used to technology now. I think it’s great that Orchard Toys have mixed their always entertaining games with that extra element. Of course, if you don’t have the app you could always try making up the sounds yourself!

Take a look at some of our other Orchard Toys reviews: 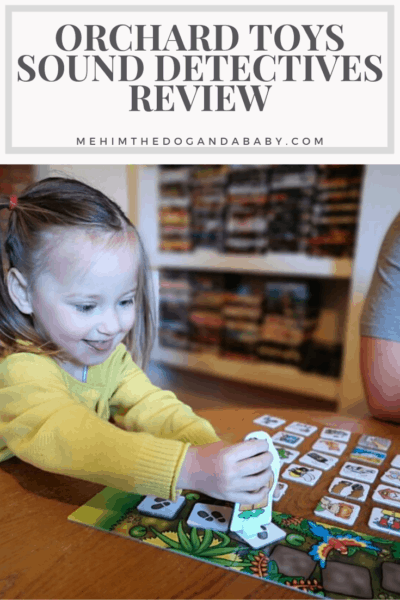