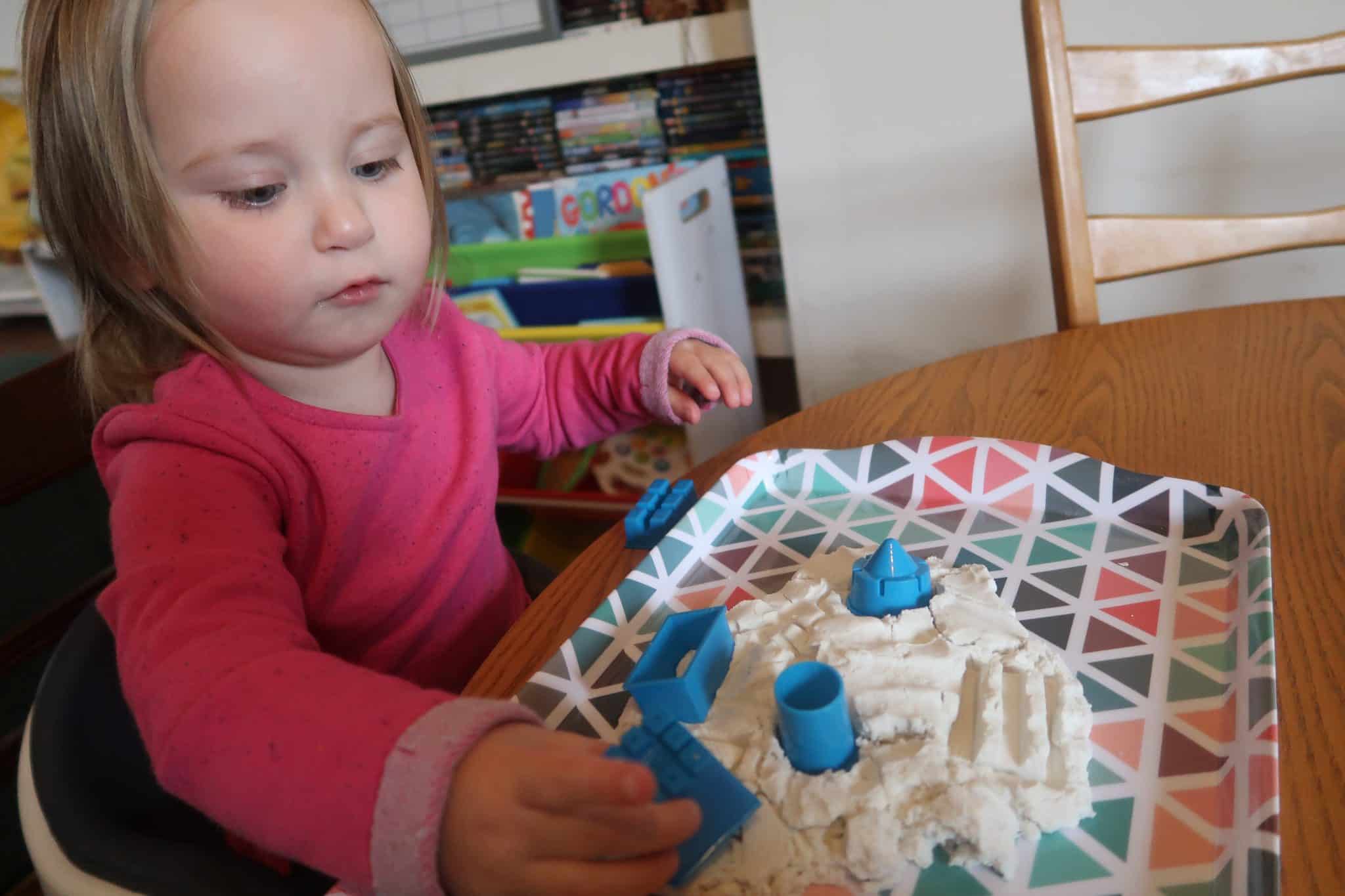 When we attended Blog On back in September we received a sample of Sands Alive and even before I let Erin play with it, I was a bit in love! We recently received one of the Sands Alive Starter Sets to review and I couldn’t wait to let Erin get stuck in!

I had set up our Sands Alive set while Erin was asleep so that she would hopefully be excited to see something new when she woke up. This set comes with 450g of the super soft modelling sand and 5 mini moulds. Honestly, I was a little disappointed that this set didn’t come with a play tray like a lot of the others do. With it being a starter set I think a play tray would really give you everything you need to get started. With our Tuff Tray being outside at the moment, I had to improvise and I used a small tray to set up our play area. 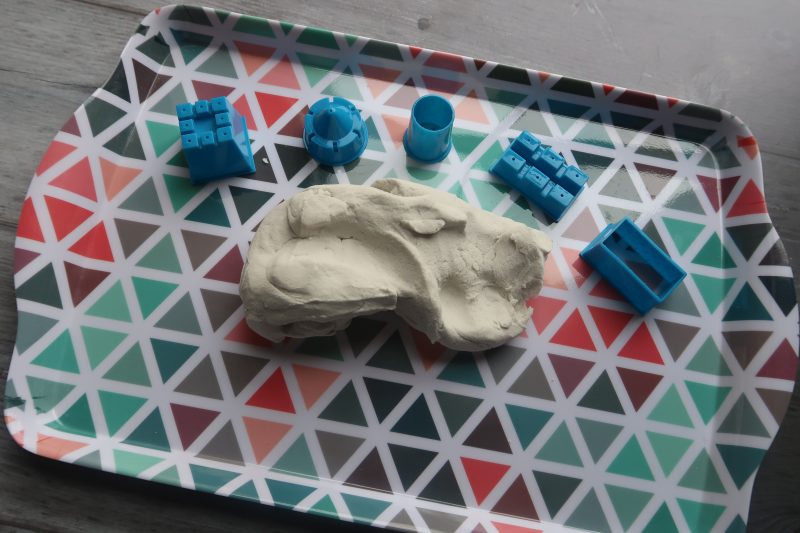 The bag of sand you get in the box is pretty large and not knowing how Erin would do with it, I only put about half on our tray and the rest in a box. Again, I think this is something that could have been thought of as there isn’t actually anywhere to store the sand after you open the bag! The blue mini moulds you get in the set are very castle-esque as there are little bricks and a turret to build!

Erin, strangely, was a little bit shy about getting her hands in the sand to start with. She loves her sandpit but maybe because it wasn’t in there she wasn’t so sure about what we were going to do. However, once she saw me using the moulds and picking the sand up and playing with it, she soon realised that it would be fun! This Sands Alive set is recommended for ages 3+ and although Erin is only nearly 2, she did really well with it. I obviously supervised the whole time we were playing though. 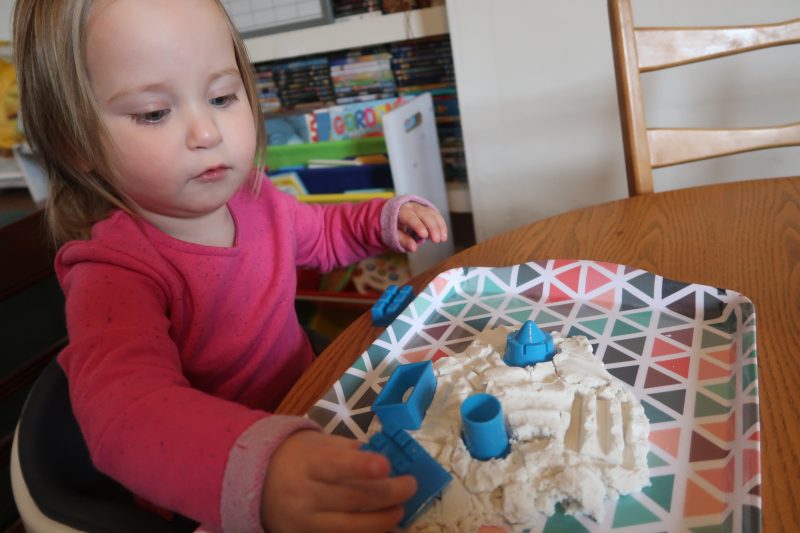 Erin loved trying to make shapes with the moulds and then when I showed her she could fill them to really make shapes, she spent ages putting the sand inside instead! For quite a while the sand stayed relatively tidy but after about half an hour, we ended up with it all over the place and I think this is where the play tray would have come in handy. The have higher edges than the tray I used so I think less of the sand would have ended up on the floor! 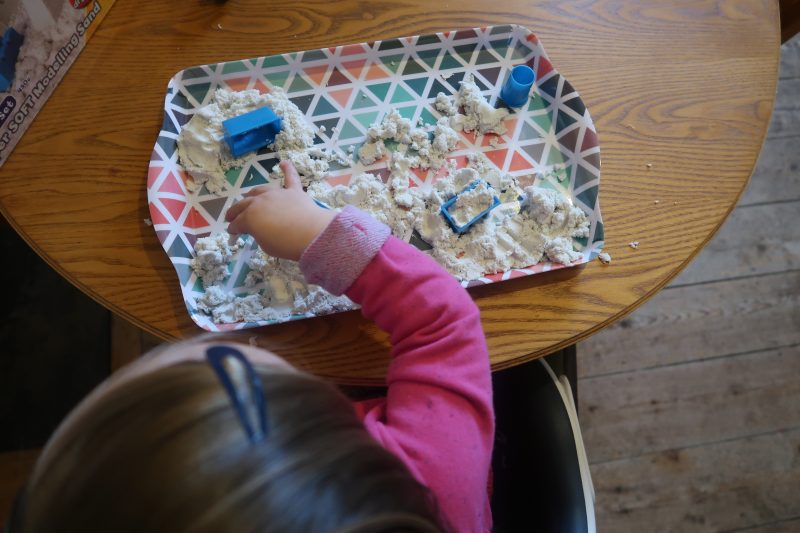 I’m really quite impressed with the quality of the moulds and the detail they come out with! I was not expecting them to be so good. Although our 5 moulds are quite basic, I have seen some of the other sets available and they look amazing! I would definitely get more sets for Erin as she is able to do more with them. 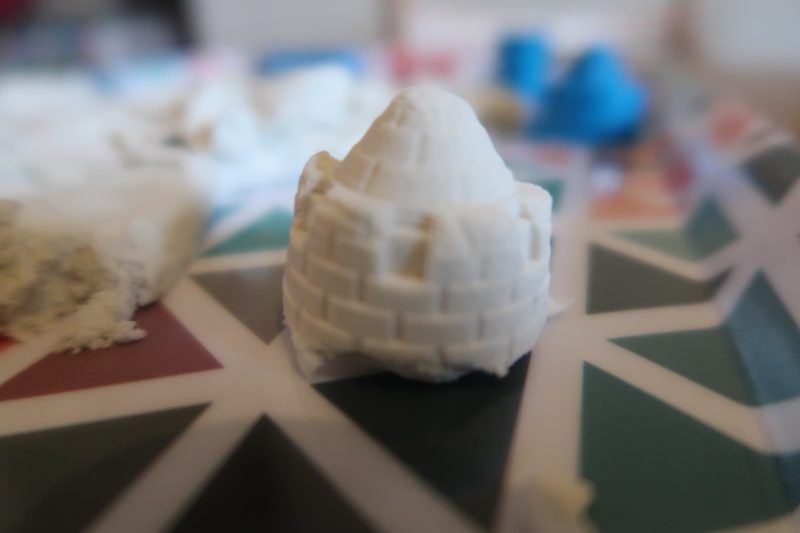 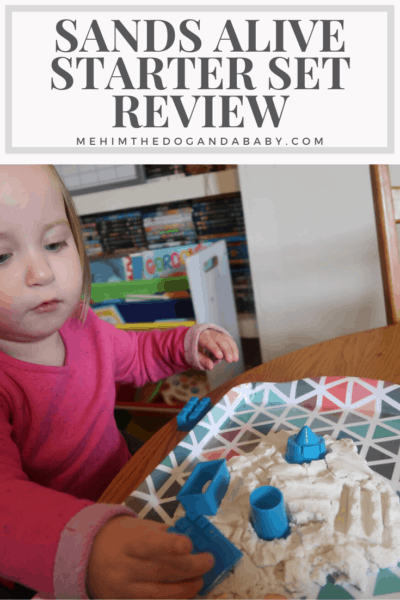