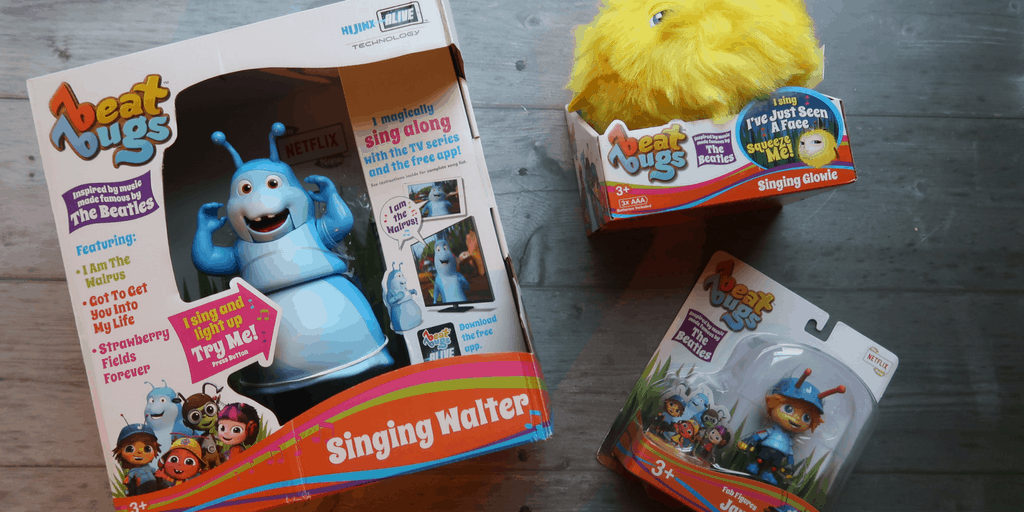 When it comes to watching television, Erin tends to only watch a couple of shows as she’s super picky and she likes what she likes. When I attended Blog On in September I was blown away by the range of Beat Bugs toys that were on show. Before this, I didn’t know what Beat Bugs even was. If you don’t know either, Beat Bugs is a Netflix original and ‘features five charming and funny child-like bugs who adventure together in an overgrown backyard. Each episode centers around a song made famous by The Beatles.’

There are 2 series streaming now on Netflix with a third planned for Spring 2018!

Beat Bugs honestly reminds me a little bit of Honey I Shrunk The Kids but with bugs instead! The characters are all really different and interesting and your child is bound to like one of them! Personally, I love Crick because he’s a bit wacky and the crazy inventor kind of character. Erin seems to really like Walter at the moment, who is a big blue slug!

The great thing about Beat Bugs is that all of the music is songs made famous by The Beatles. While children may not recognise the songs, their parents will so it’s really nice to be able to sing along and for children to listen to something new! Beat Bugs uses the music and songs to really put emphasis on whatever that particular episode is about. Using music to help children learn valuable life lessons makes it fun, instead of coming across as educational! Not only that but Beat Bugs is a really fun show to watch. The episodes have adventure, fun, laughter and it’s really unlike anything else I’ve seen for children at the moment.

Not only is the show fantastic and so much fun but Beat Bugs also have a brand new toy range that is exclusive to Tesco in the UK. We were lucky enough to be sent a few from the range and they’re all pretty special! 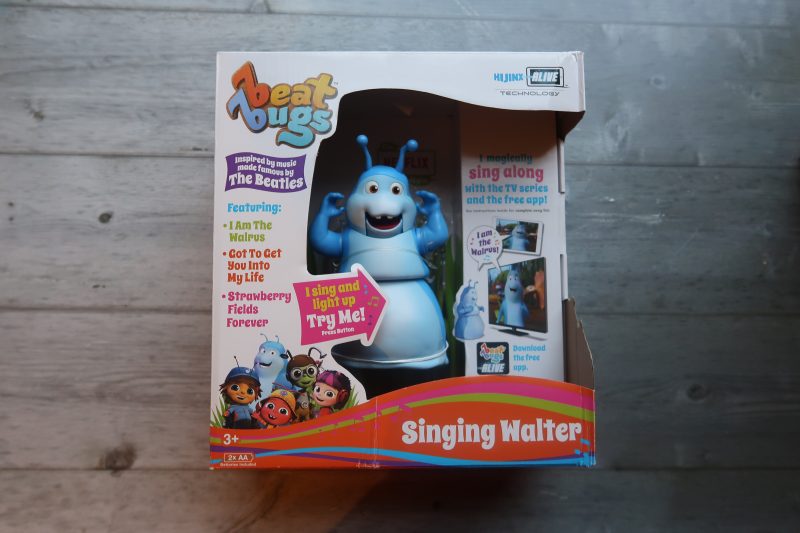 My absolute favourite from the brand new toy range are the Beat Bugs™ Singing Toys to Life which cost £29.95 each. You can choose from Choose from Crick, Kumi, Walter, Jay and Buzz and if you collect them all they will sing ‘All You Need is Love’ together! I saw these all working together at Blog On and they’re what made me fall in love with Beat Bugs. I was desperate to come home and watch it with Erin afterwards. 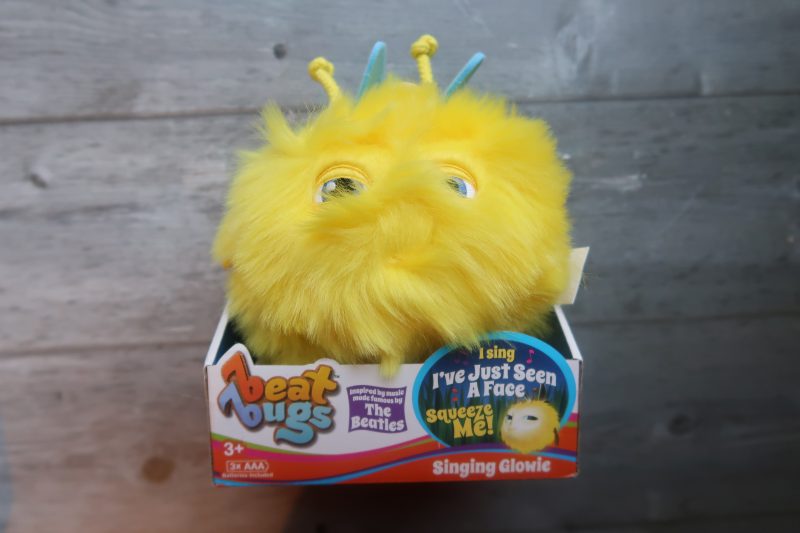 The Beat Bugs™ Singing Glowies come in at £14.99 each and there are four to collect. Each one sings a different song by The Beatles, with the yellow toy shown singing ‘I’ve Just Seen A Face.’ These toys are so super cute and cuddly and they’re a great companion to hold while watching the show itself! 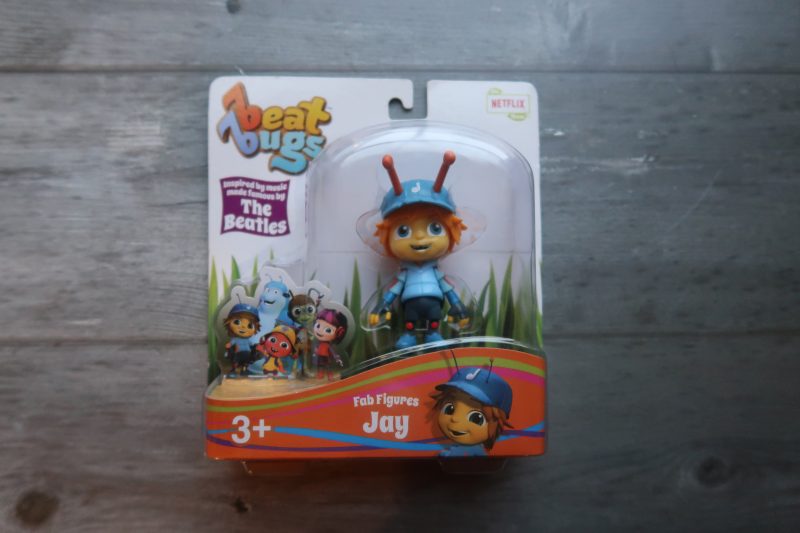 There are also toys in the range that would make great stocking fillers! The Beat Bugs™ Fab Figures cost £5.99 each and you can collect 7 different characters which are Jay, Walter, Crick, Kumi, Buzz, Baz and Lucy the Dragonfly. These 3 inch characters are adorable and I can imagine children having their own adventures in a garden with them!

The whole toy range, exclusive to Tesco, is really wonderful and I love the thought that has gone into them. Instead of having the same old toys that come with a television show for children, this range is really different but still super fun at the same time. The toys really have music in mind, as does Beat Bugs on Netflix so they’re such a good match!

Beat Bugs is available to watch on Netflix now and the Beat Bugs Toy range is available exclusively in Tesco Stores nationwide and on Tesco Online. 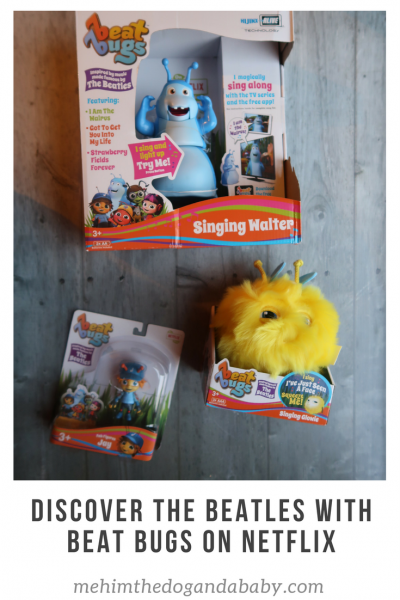