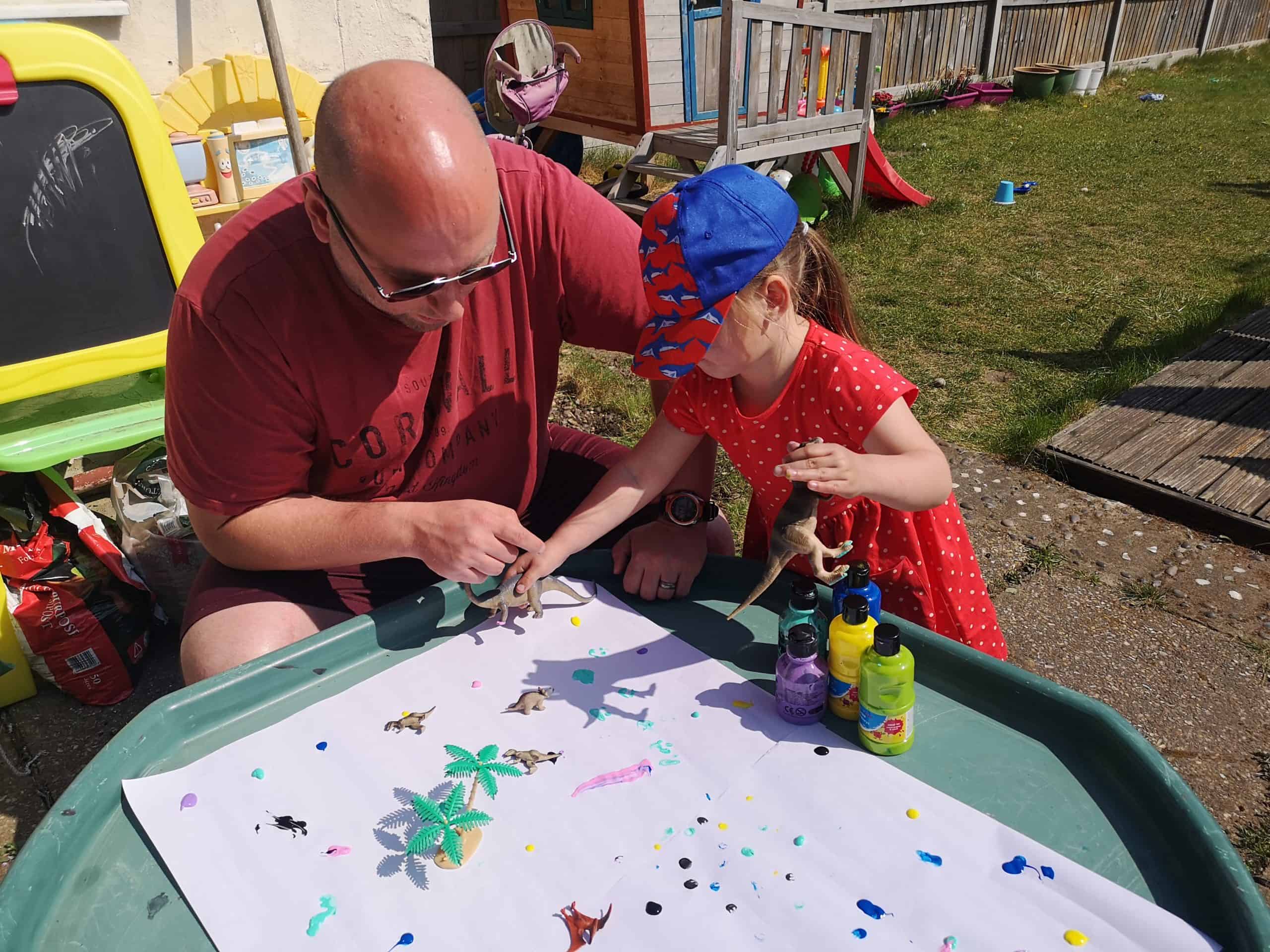 Being stuck at home for the majority of the week has meant that I have had to entertain Erin a lot more than I normally would. We have gone from her being at nursery for 4 days a week so being home all the time and we definitely don’t have enough new toys stashed away to keep her excited about what we’re doing during the day.

Seeing as we’ve been out in the garden a lot I thought it was about time that we made the most of our Tuff Tray*, something we generally don’t use as much as we should. I recently set up a really easy activity for Erin, using only a couple of things.

What you will need:

Toy dinosaurs* (you can always use different figures) 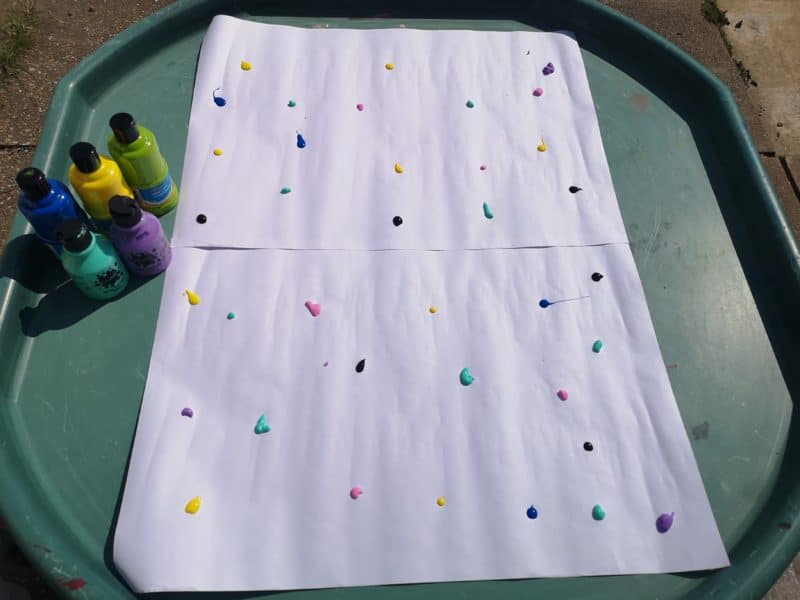 Setting up the Tuff Tray is extremely easy. We had some large pieces of paper so I only laid down two of these but you could completely line your Tuff Tray if you wanted to. We were doing this outside on a clear day so we didn’t hold the paper down with anything but you might want to sellotape it down to make sure it all stays where it is supposed to. I dotted different colours of paint around the paper, trying to make sure I left plenty of space as well. 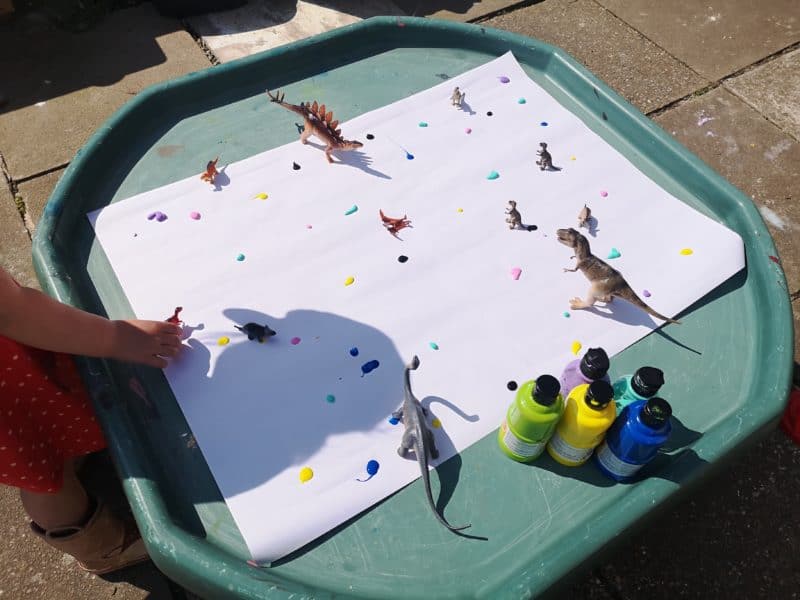 We have a big tub of toy of toy dinosaurs, which is what I used for this activity. I chose a selection of both big and small dinosaurs so that Erin could experiment with what could happen with different sizes. At this point, Erin saw me setting up the activity and I have to say, she wasn’t very keen on the idea. She didn’t want her dinosaurs to get mucky! 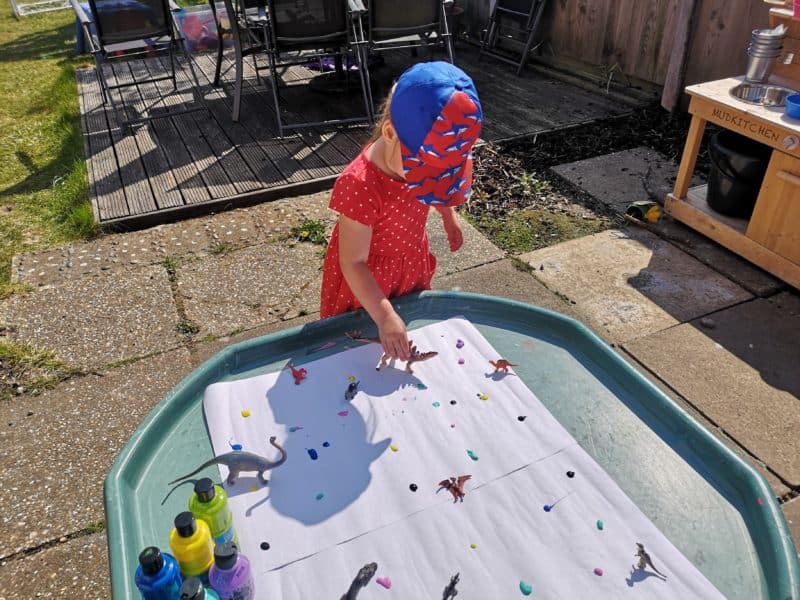 After a bit of persuading Erin did finally get stuck in and we talked about what would happen if we put the dinosaur’s feet into the paint. She did get excited when I told her we could make each foot a different colour and stomp them around the paper. I joined in with her to see if we could make different patterns and footprints. 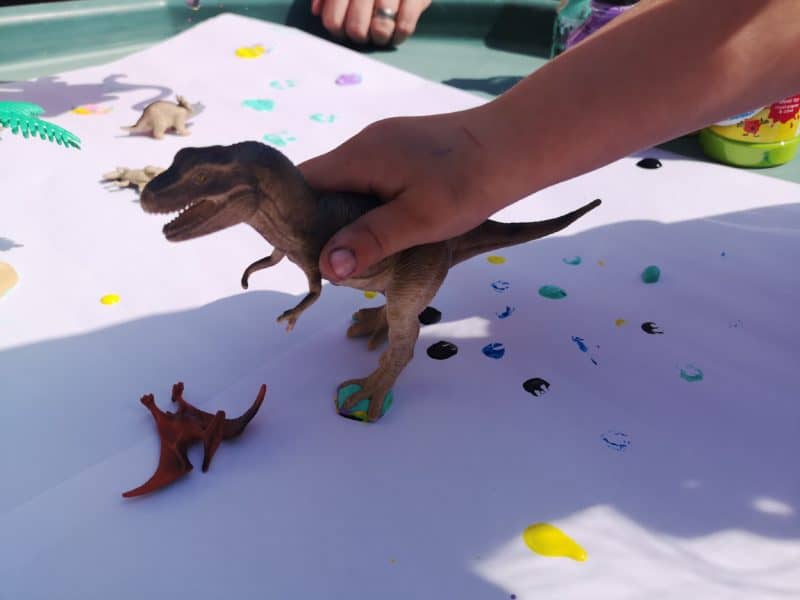 It didn’t take long before Erin realised that other parts of the would make different patterns and she had loads of fun seeing what she could do when she painted their tails and their heads! It wasn’t quite what I had intended the activity for but it encouraged creativity and thinking so why not. 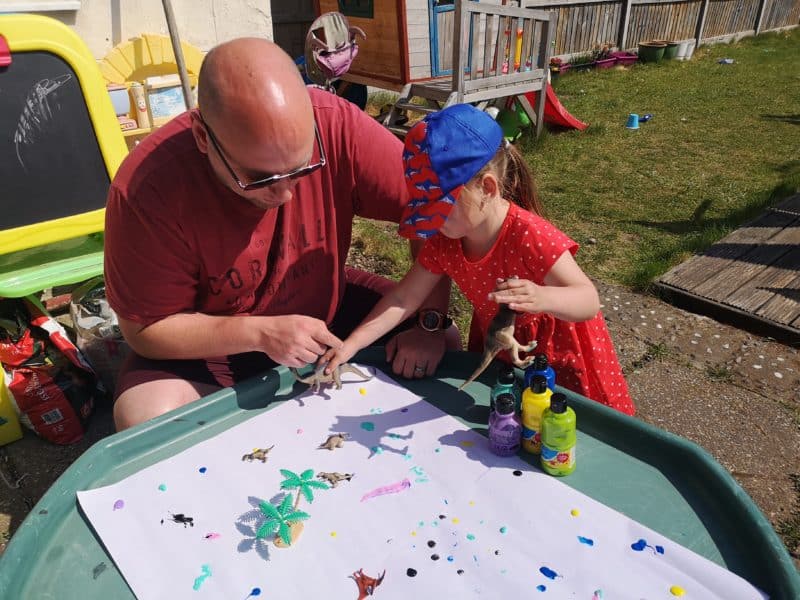 For an activity that only took a couple of minutes to set up, and only used products we already had in the house, it was fun and something different for Erin to do. She wasn’t quite as keen on getting her toys covered in paint to start with though which I was quite surprised about.

Check out some of our other Tuff Tray ideas: 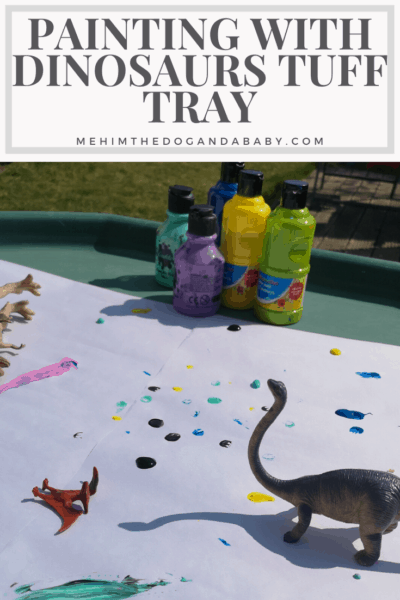