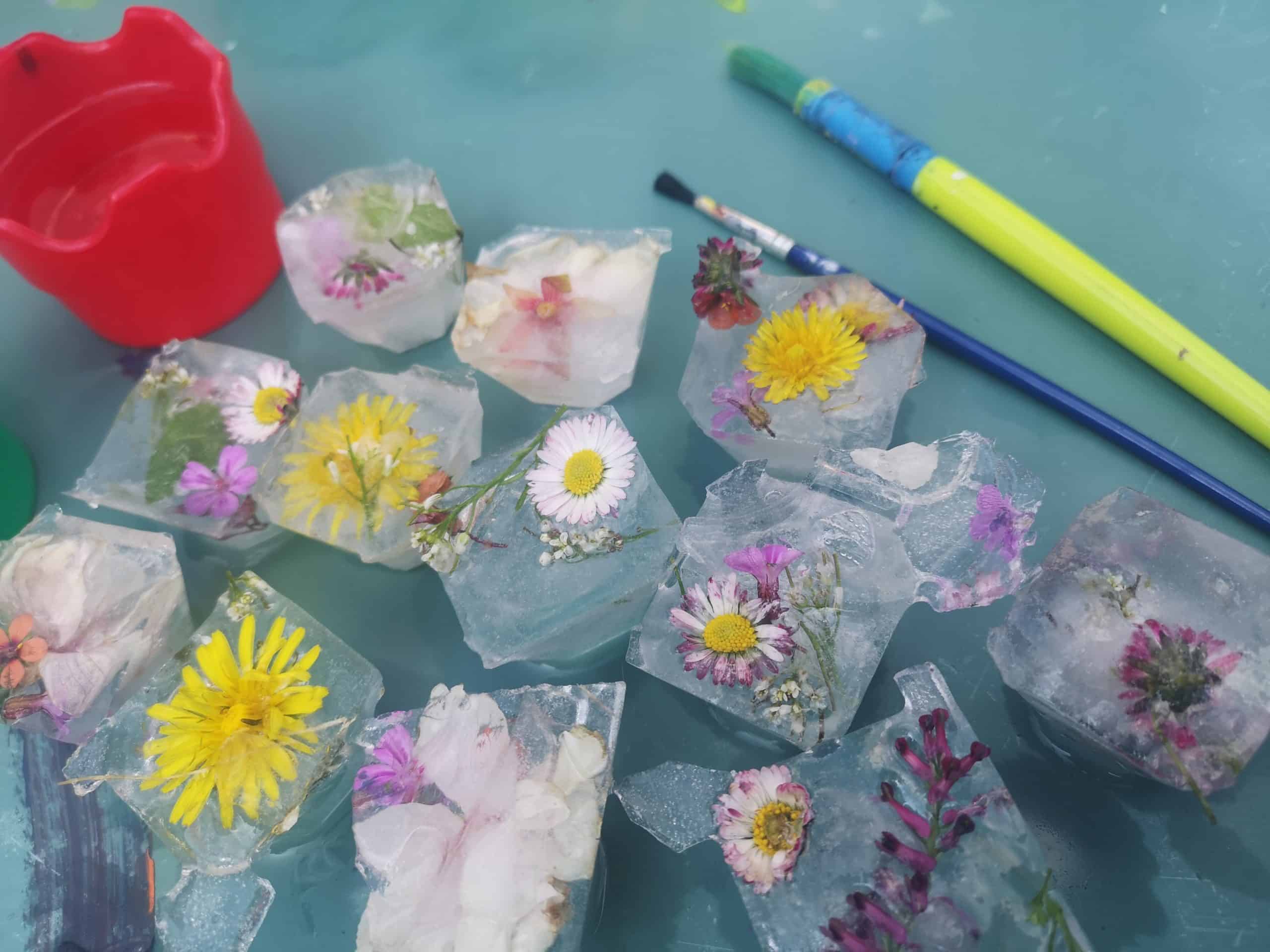 I’m honestly not one of those really parents who can come up with really interesting and creative things to do with Erin unless it’s a print out of some kind, a toy that already exists or card/ board games. It’s just not me. However, recently we have been spending a lot of time in the garden and I wanted to do something a bit different with Erin so I decided to try to use the Tuff Tray* a bit more.

Something we haven’t done a lot of with Erin is playing with things like ice. I’d seen a few accounts on Instagram a while ago (I can’t remember who now) doing things with ice cubes so I thought we would give this a go. 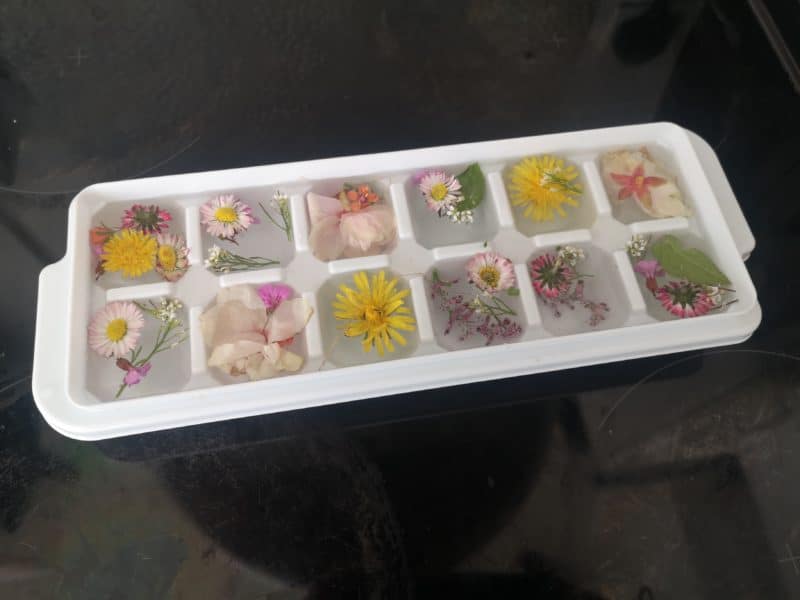 Seeing as we had been having some really nice weather and spending a lot of time in the garden I wanted to do something with nature. I would like to say that we have a garden full of beautiful flowers but really, we have dandelions, some wild daisies and a lot of blossom that falls from our neighbour’s tree at the minute. I went around the garden picking a few flowers and leaves and then I froze them in an ice cube tray. 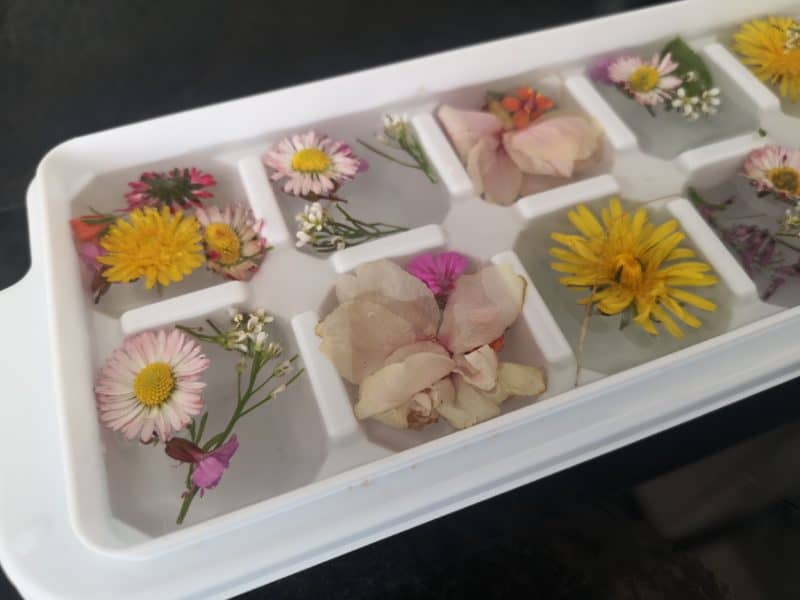 I unfortunately didn’t leave the tray in the freezer for quite long enough so the ice cubes weren’t quite frozen enough when we decided to do this activity. Erin wasn’t bothered though as she was just really excited about doing something new and trying to figure out how to get the flowers out of the ice cubes. 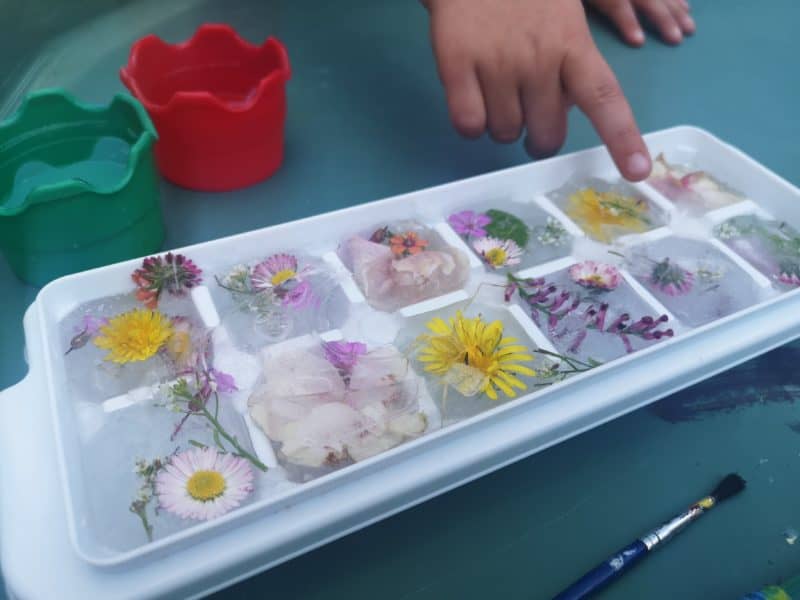 Once we had the ice cubes out of the tray Erin spent some time looking at the different flowers and seeing which ones she recognised. In her hand the ice cubes begun to melt a bit and she only wanted this to happen more. I had put out some pots of warm water as well as paint brushes to Erin could slowly work at the ice cubes and reveal the flowers. 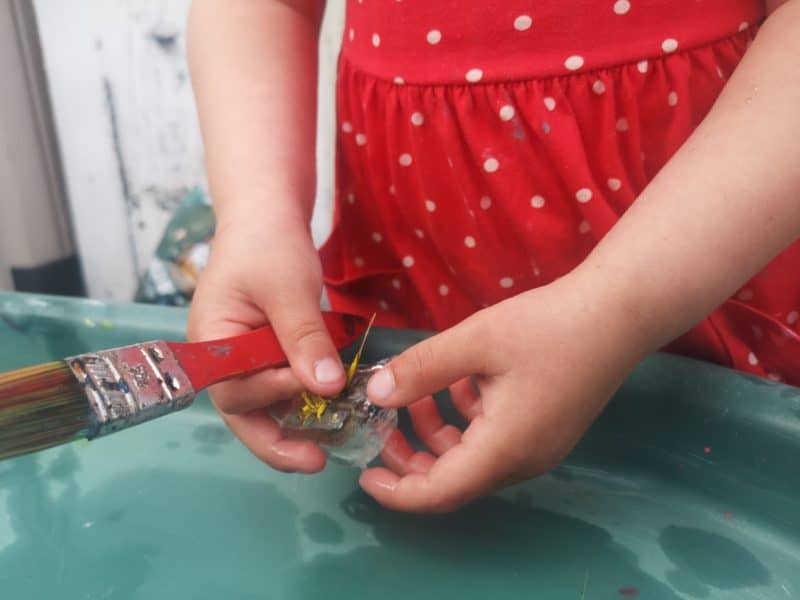 Erin did try to use the paintbrushes and warm water to melt the ice for quite some time but she became bored and impatient (while I had fun doing things the slow way). Instead, Erin started to find holes in the ice where bits had melted and she used these to break the ice a bit with the end of the paintbrush. 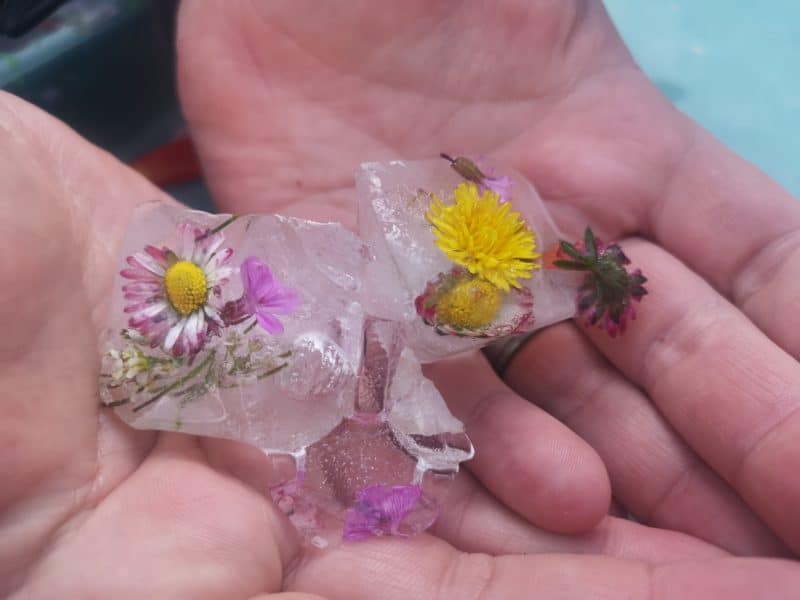 For such a simple activity Erin had so much fun and spent loads of time with it. We actually did two different things on the Tuff Tray that day and she said this was her favourite out of the two and asked if we could do it again at some point.

Check out some of our other Tuff Tray ideas: 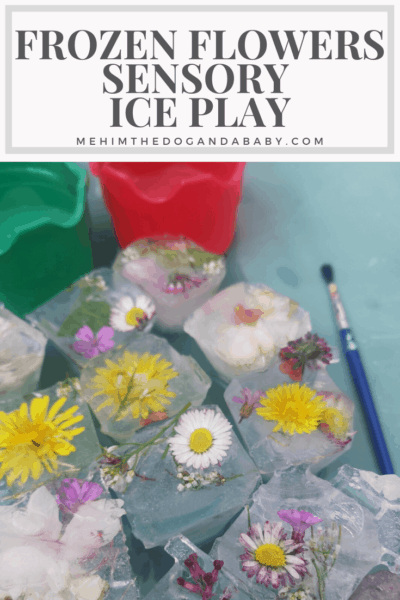