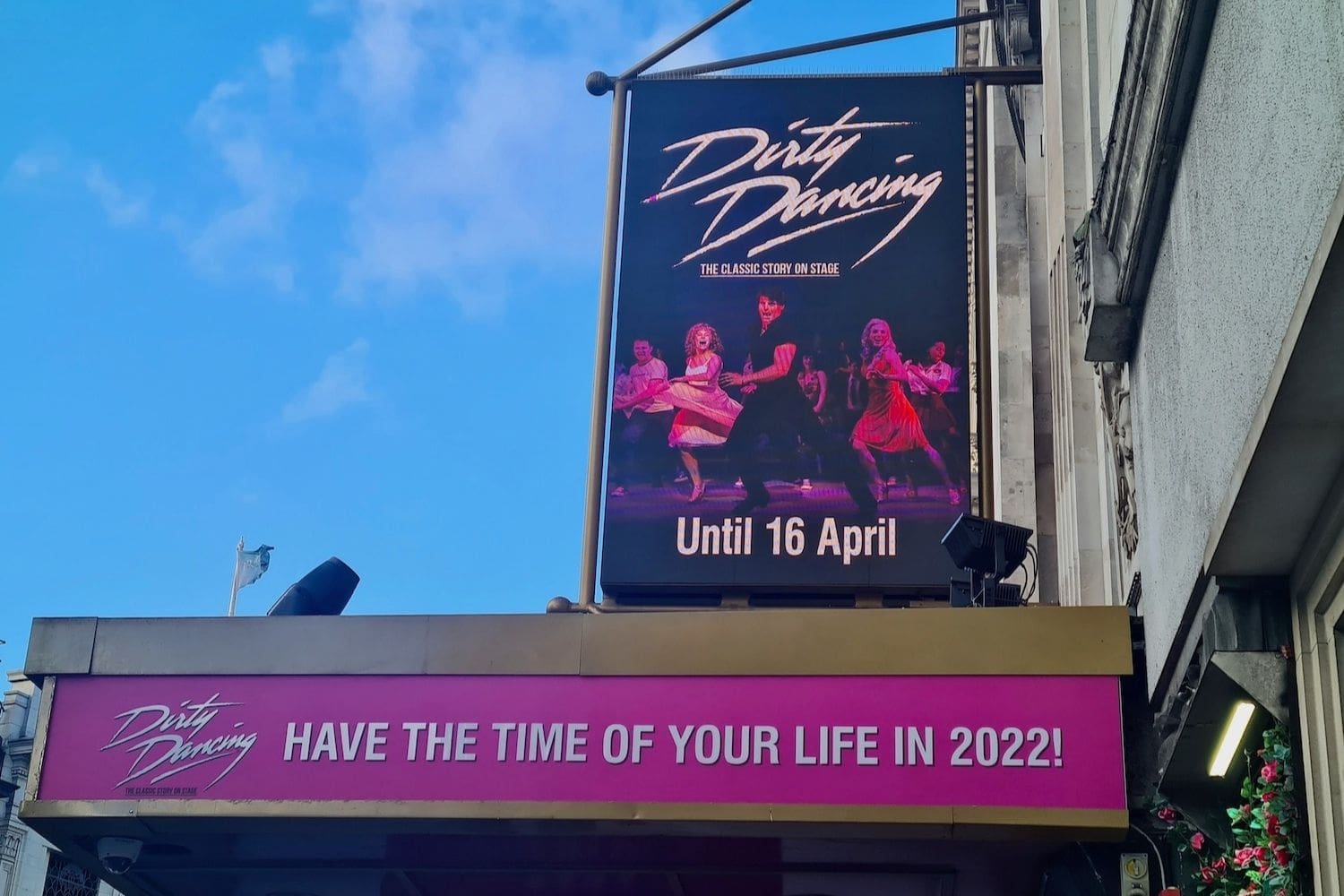 Dirty Dancing, one of those classic films that you can watch over and over again. Even though I’ve seen a fair few shows either at the West End or at a local theatre, this has never been one of them. I recently had a free evening in London so I bought myself a ticket for Dirty Dancing: The Classic Story on Stage at the Dominion Theatre.

Where can you see Dirty Dancing?

Dirty Dancing: The Classic Story on Stage opened in London at the Dominion Theatre on 2nd February 2022 with the last show being on 16th April 2022. Dirty Dancing has got a really short run but there are still loads of tickets left. The Dominion Theatre is a very short walk fro the Tottenham Court Road tube station with plenty of restaurants close by if you’re looking for a pre-theatre meal.

I was lucky to get my ticket on sale for only £35 but it should have been £74.75 via TodayTix. I was sat in row B45 on the circle so in the seats on the left hand side. This particular theatre has a large area for the stalls and a smaller seating area for the circle. After purchasing my ticket online I was emailed an e-ticket with a QR code to be scanned at the theatre along with an order number.

Although restrictions have now been eased a lot of places are still asking for people to follow certain rules regarding Covid. The Dominion Theatre asked that masks were worn inside the theatre although many people took them off while they were sat down. Covid passes were no longer needed but I was asked to fill in Track and Trace before I got to the theatre. The link to my ticket showed whether or not I had done this too which was quite clever.

Something I was worried about with Dirty Dancing being on stage is that I would feel disappointed. It’s one of my favourite films and I really wanted to love the stage show… luckily, I did! As soon as that iconic music started playing I was sat on the edge of my seat and I couldn’t wait!

Dirty Dancing: The Classic Story on Stage has most of what you could ask for in terms of taking things from the film. There aren’t too many changes to the story, with only a couple of little bits added throughout. However, some things are trickier to pull off on a stage for obvious reasons so some scenes won’t be exactly what you might expect.

This show has such an amazing cast of singers and dancers and they really bring the whole thing alive. There are the songs, and dances, known from the film so you’ll be able to sing along and look forward to knowing the words. The energy throughout the whole show is amazing

The biggest thing that I thought was missing was the chemistry. Jennifer Grey and Patrick Swayze the leads were not (although they did do a good job). However, this wasn’t really their fault I don’t think. Some parts of the show are rushed compared to the film, Baby’s ‘bad’ dancing is over-exaggerated and made to be silly so you miss a bit of what Grey and Swayze had in the film. Baby was much more of a comical character in this version.

Overall though, I had a blast watching Dirty Dancing. It definitely won’t disappoint firm fans of the film. 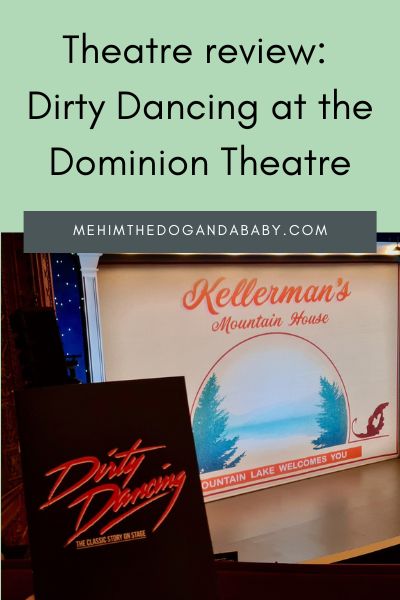