When I first started watching  I started with the Peter Capaldi episodes. I know, it’s wrong but that’s just what happened. I did watch the Christopher Eccleston ages ago too and really liked them but stopped on David Tennant’s first episode. There was just something about him that I didn’t like. Not him as the Doctor, but just David Tennant. So, for that reason I didn’t want to watch any of the other episodes. Then, my Mum moved in and she started watching from the beginning and Erin had wanted to watch some episodes over Christmas.

We started watching series 2 together at the beginning of the month and I’ve actually been hooked ever since. David Tennant is a great Doctor actually so I have to admit that really (sorry John)! I really loved Rose as a companion, Martha wasn’t so great and now we’re into the Catherine Tate episodes which are really funny. I have cried a lot more than I was ever expecting to though!

We started the year with Mary Queen of Scots starring Saoirse Ronan and Margot Robbie. This isn’t the most thrilling or exciting of films and in fact, it’s really quite bleak for the most part. However, I think it was a really interesting view on history and telling a story I really didn’t know much about. Saoirse Ronan was fantastic, as she has been in everything I’ve seen really, and she really did so well playing such a huge part.

John and Erin bought me the newer version of The Lion King for Christmas, knowing that it’s my favourite Disney film. I’ll be completely honest, I wasn’t sold on it for the first part of the film. Scar was just wrong to me and I didn’t like him the whole way through. Also, they destroyed the best song in the film (Be Prepared) so by this point I wasn’t all that happy. But, then Simba ran off and Timon and Pumba came in and it was all okay again. I think these two really helped to make the film good again. The new version definitely isn’t as good as the animated original but it wasn’t bad.

My sister and brother in law lent us Shazam over Christmas and I hadn’t even heard of it. John told me that it was a superhero film and that was all I knew before we watched it. This film was hilarious though!! The beginning was a bit slow and drawn out but once the film really gets going it’s so good. It wasn’t at all what I was expecting so I was really surprised that it was a superhero film with a bit of a difference.

What have you been watching this month? Let me know in the comments, I need some inspiration for next month! 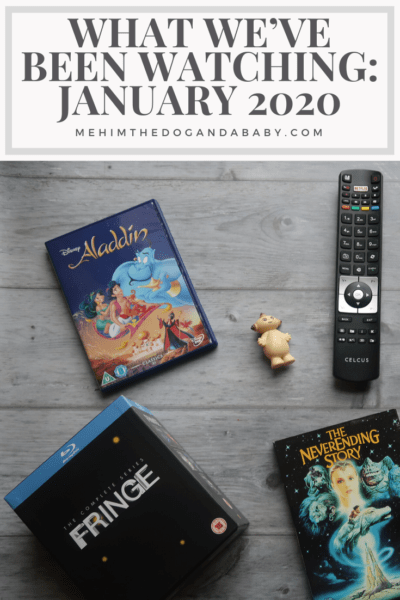