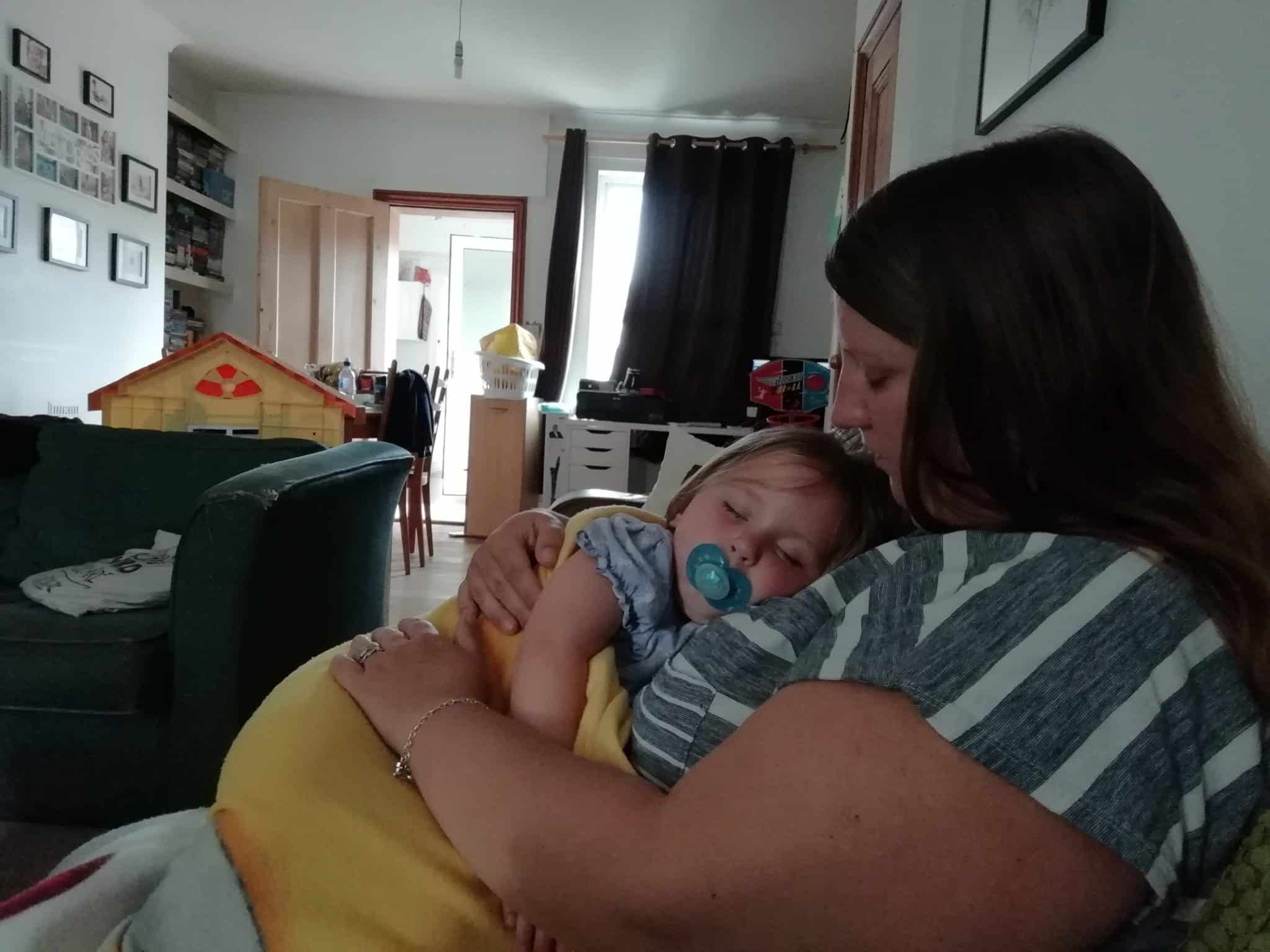 If anyone ever tells you that parenting is easy then they are lying through their teeth. Some people are lucky to have wonderful pregnancies, stress-free births and take to it quite naturally but that doesn’t mean that they won’t have hard times later down the line.

I don’t feel as though I took to motherhood naturally at all. That started with my pregnancy being hard due to a lot of illness followed by a very traumatic birth. I found everything so difficult for the first couple of months thanks to 2 surgeries and missing most of the first week of Erin’s life. Things got easier though and we had so much fun going to loads of baby classes together in her first year.

When Erin turned 1 though we seemed to get into a bit of a slump. Baby classes stopped and we didn’t see many other people or children Erin’s age. John has always worked 5 or 6 days a week so sometimes it would just be me and Erin plodding along through the week. I struggled to keep thinking of new and exciting things for us to do every day and it all got a bit monotonous. I’m not the most crafty or creative of people but I tried to come up with new things to do. It wasn’t long after Erin’s 1st birthday that I realised I actually had postnatal depression. 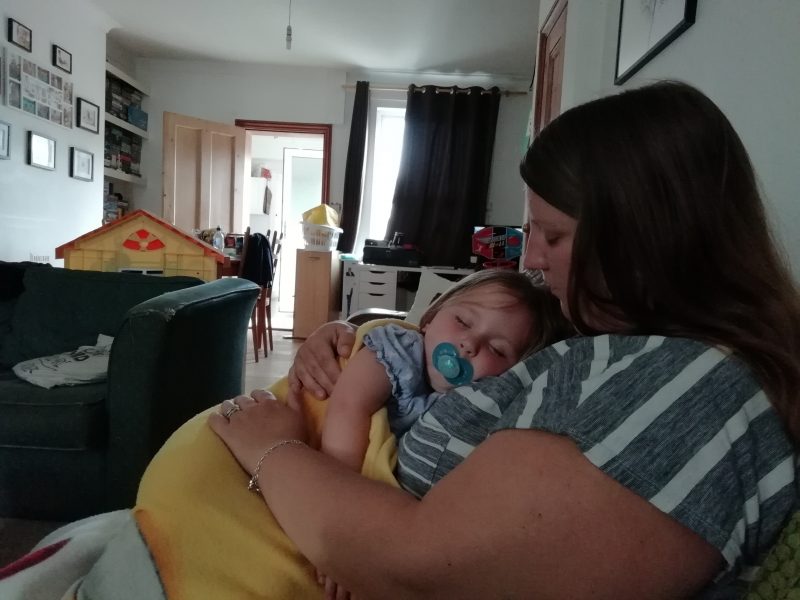 Since then a lot has happened. I tried anti-depressants and quickly stopped because I hated them. I’ve had a huge battle with the NHS to be able to be sterilised, which is now on pause because of waiting lists and times. Erin now goes to nursery 3 days a week and loves it. For a time, I was happy and made the most of the time I had at home with Erin.

John has said to me a few times recently that it’s like I don’t enjoy having Erin at home with me and you know what? He’s right. Sometimes I absolutely hate the days we are here together. Some days I wish I was anywhere but at home. In my head that sounds like the most horrible thing I could ever admit to.

Erin has been going through quite a difficult time at the moment and it makes me dread spending a full day with her, especially if she refuses to nap. We have had more melt downs in the past 2 months than we have had in total before that. She screams and kicks and throws herself around as much as she can. I know things like this are just a way of toddlers dealing with how they feel or frustration because they can’t do something. That doesn’t mean I can cope with it very well though.

Sometimes I feel like I want to scream and shout back at Erin when she’s in one of these moods. I don’t want to be the parent that shouts because of something that doesn’t even matter. I hate that I even think that I want to react that way. Luckily, for the most part, I have been able to stop myself from shouting. Unfortunately, a lot of the time it turns into crying instead because there’s no other way of getting rid of the frustration. 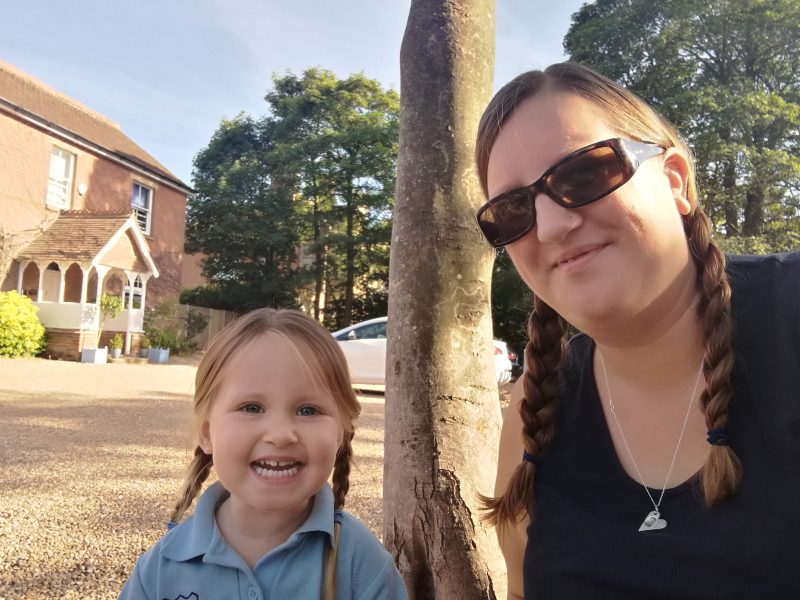 I don’t want Erin to remember me being sad and her being the one to ‘take the sadness away’. She’s 2. She shouldn’t have to do that for me. She also shouldn’t have me shout at her so it’s a bit of an impossible situation at times. Being a parent is bloody hard and sometimes.

We’ve had a tough couple of months and I think my own stress and worries haven’t helped matters. I haven’t been sleeping much and that on top of everything else has built up. I never wanted to be this parent. Sometimes it’s like I’m angry at the entire world and I have no idea why and I want that to go away. I want to go back to being a fun parent for Erin so I need to put in more effort there.

Obviously not every day is bad and in fact, most days are pretty great. I initially wasn’t going to put any pictures in this post because there wasn’t really anything that fit but I think it’s important to remember the good times when you’re struggling so I’ve included a couple of recent favourites of me and Erin.

So what do I do now? Keep trying to stay as calm as I can I guess and remember that the good days definitely outweigh the bad. 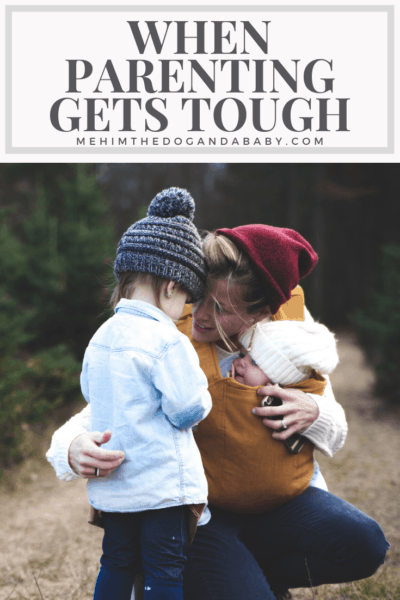 2 thoughts on “When Parenting Gets Tough”