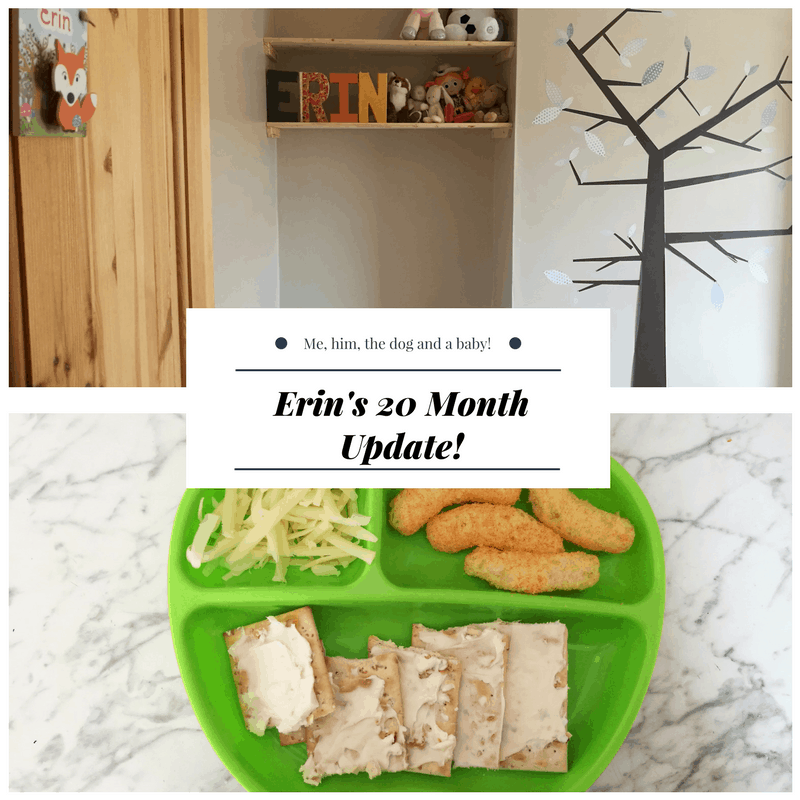 It has been so long since I did an update about Erin. I guess time got away from us but there is so much to say now! Erin is now 20 months old and my god she is growing up quickly. Here is her 20 month update.

Erin has been walking for a long time now so that is nothing new. Still, Erin is constantly learning how to do new things. Just recently my sister has been chasing her around the dining table and attempting to do jumping jacks with her. Erin is so close to being able to jump properly now and I can see her getting excited when she nearly does it.

Erin is really a lot more active than she has been and loves to have a good run around. John has a lovely tradition with Erin on a Sunday morning where he takes her to the park for an hour or so. Erin can happily climb the steps to the slide on her own now as well as doing other parts of the climbing frame!

Recently Erin has gone from her cot to a toddler bed and for the most part, this has gone really well. She seems to really love her new bed and is happy there when she wakes up.

Erin is still really on and off when it comes to sleep. Sometimes she is happy to go to bed at 6pm but wakes up at 5am. Sometimes she wants to stay up late to spend time with John and then wakes up about 6:30. Sometimes she wakes up crying in the night and can’t be settled until she’s in bed with us. Sometimes she will sleep all night no problem. I do not understand the sleeping pattern of a toddler whatsoever! 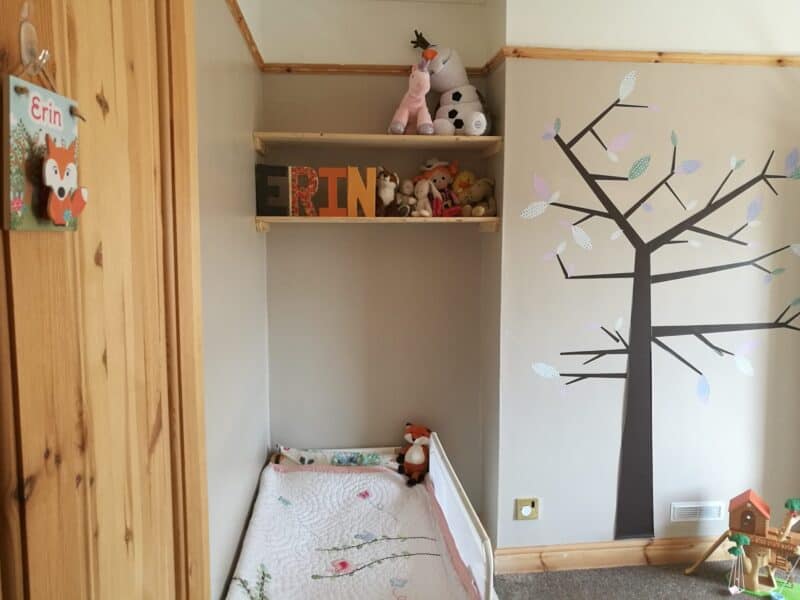 Erin talks A LOT. This she gets from me. Within the last month Erin has learned so many new words. Having my Mum, sister and BIL here quite a lot has helped because she has finally learned to say NaNa (Auntie Natalie). For some reason, it’s the one name she couldn’t get at all!

Erin’s new favourite word is no. She says it for everything. Do you want to go to the shop? No. Do you want to get dressed? No. The funny thing is that she really does say it in context and really seems to understand what she is saying no to. If you ask her if she wants cake the answer will most definitely be yes.

This last month has been a bit of a nightmare. We went from Erin eating really well like she has most of the time to her eating barely anything. We had to change how we did everything completely and while we’re still not back to where we were, Erin is doing much better. We are now having family meals at dinnertime and trying lots of new things.

Erin doesn’t really like to eat anything from a spoon right now, apart from breakfast. Toddler tray meals are a bit tricky so most foods have to be things she can either pick up or use a fork for. Erin is really good at using a fork on her own now and we don’t have to help her very much at all.

I know these things with food is really normal for toddlers but it is driving me mad!

It’s hard to believe that it’s only a couple of months until Erin is 2 and she will be starting nursery. I can only imagine the things she will learn then and how quickly she will change. 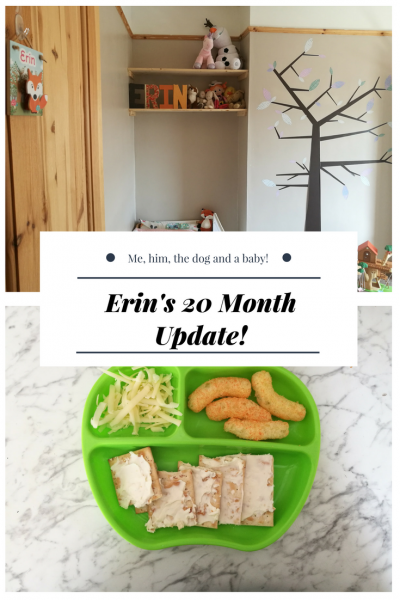