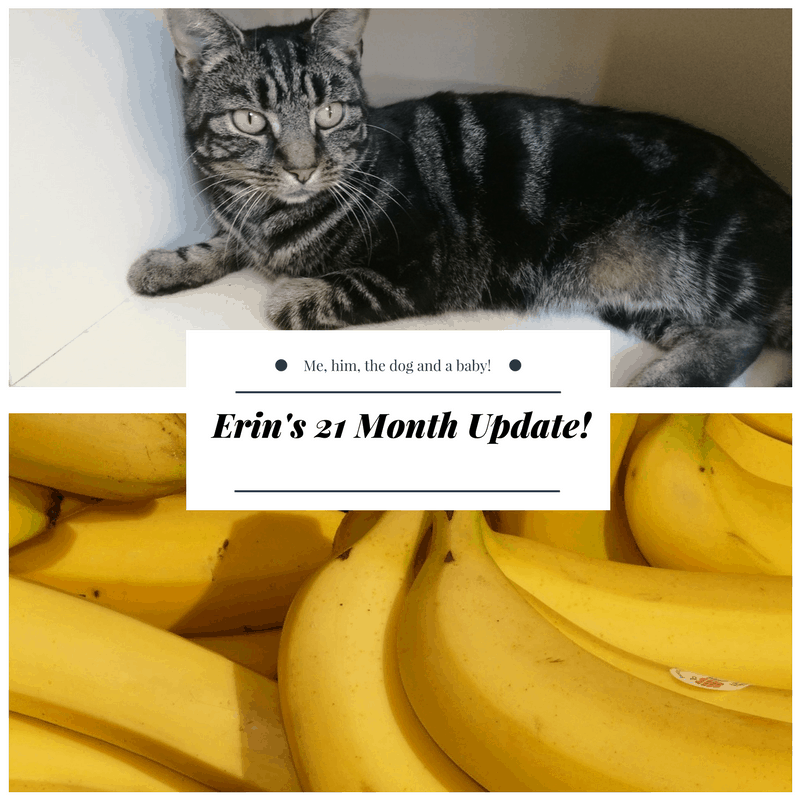 21 months old! Where has that time gone? I can’t believe my little girl is going to be 2 in a few very short months. It will be here before I know it and that also means the start of nursery for her. It still amazes me how far this little girls comes every single months. I was sure that by this age, I would notice things less and less and new things would happen less often but that’s just not true. So, here’s how Erin has been getting on over the past month:

This month Erin has been obsessed with leading me and John around by the hand. If she wants something and can’t tell us, or really wants us to be somewhere, she’ll take us by the hand and get us to follow. While it’s lovely, and pretty cute, she does it A LOT now and it gets a bit annoying to be completely honest. I won’t say no to her though because she’s only figuring out how things work and how to get to things/ do things.

Generally, Erin is still really good when it comes to sleeping. For bedtime we have the same routine every single night but she’s now going to bed much later at 8pm-8:30 every night. I don’t really know why this changed but us having dinner later can’t help that. However, it does mean she doesn’t wake up at 4am so much any more so that’s a good thing. During the day Erin is still sleeping for about 2-3 hours if we’re at home! She does fight going to sleep sometimes but we get there eventually!

Erin has really learned some good new words this month. From what I can remember she can now say:

As you can see, some are food related and that’s great. She’s doing really well at learning to ask for something if she wants it, like a drink or a snack.

I am so happy that Erin has gotten so much better with eating over the past couple of months. We’re still sticking to having evening meals as a family when possible and we always sit up at the table to eat absolutely anything while we’re at home. 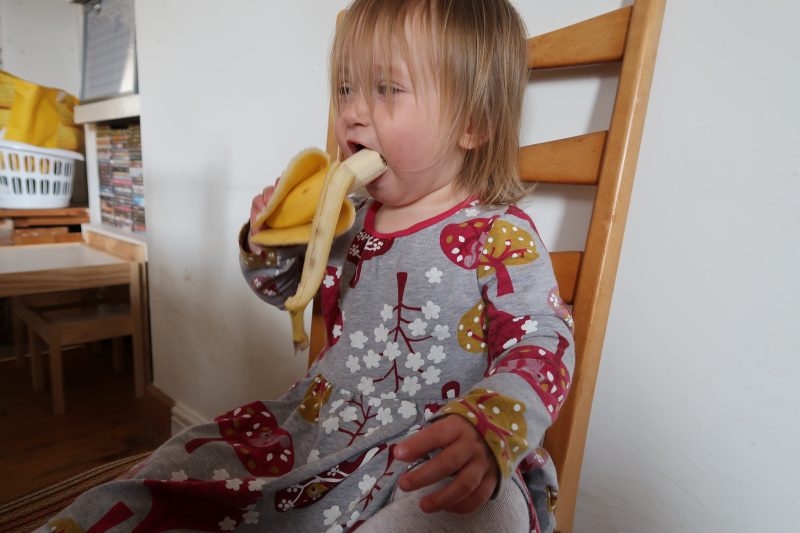 Erin has gotten a lot better at trying something new, especially if she sees me or John eating something. A couple of months ago Erin wouldn’t eat much fruit because she didn’t like the texture but now she seems to love it. I was so surprised one day when she pulled out a dining chair, climbed up and helped herself to a banana from the fruit bowl. She didn’t know how to open it but once I helped she happily ate the whole thing. It’s been hard work changing both ours and her eating habits but it was so worth it.

Next month will be Erin’s 22 month update and we’ll have been doing all kinds of new things so I can’t wait to see what has happened! 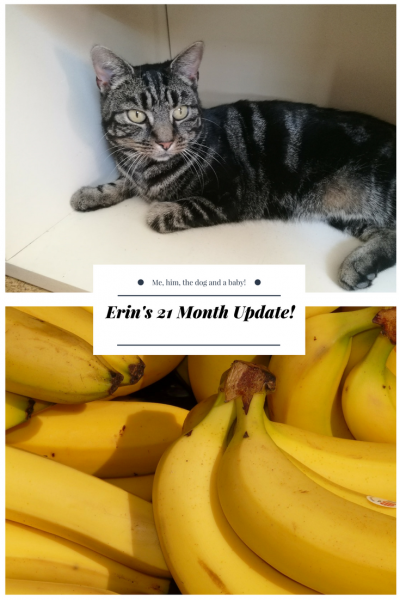