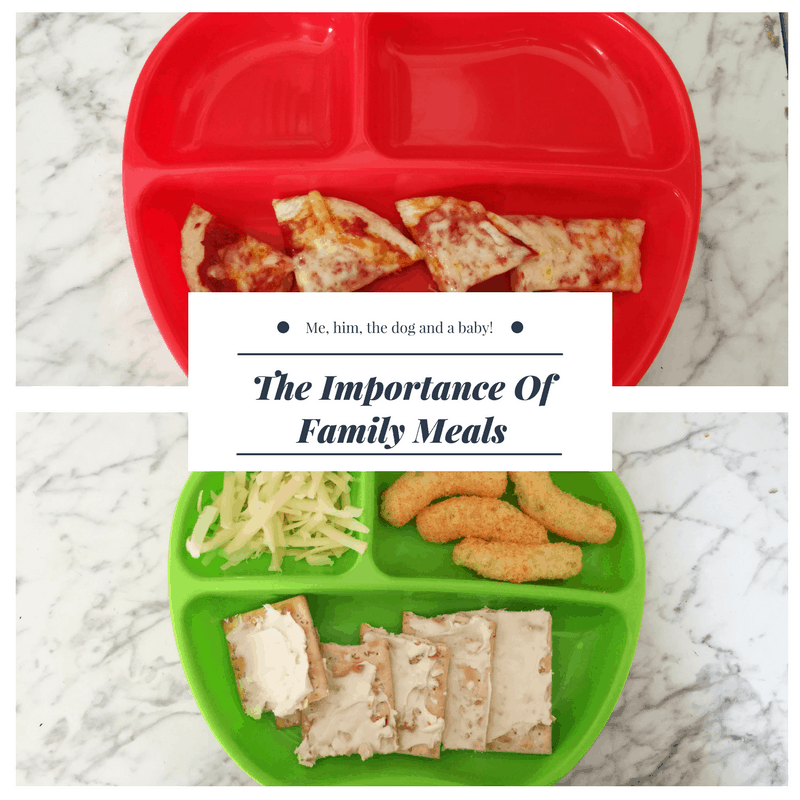 Just recently Erin has been an absolute nightmare with food. She has been going through a horrible phase where she just would not eat. If that wasn’t bad enough, we’ve also had the 18 month sleep regression too! Generally, apart from a few short phases before now, she’s always been a pretty good eater. I always thought it was teething that caused this kind of thing but apparently being a toddler causes it!

The not eating thing had been going on for about 2 weeks and during a visit from my sister meant us changing how we do things at home. We’ve always been really good at giving Erin breakfast up at the dining table but during the day it all got a bit casual. Erin has always had issues with being in a high chair and being restrained so we haven’t forced her to sit in a chair all the time.

However, seeing as not much was getting Erin to eat we decided to follow my sister’s suggestion and eat absolutely everything up at the dining table; breakfast, lunch, dinner, snacks… everything! 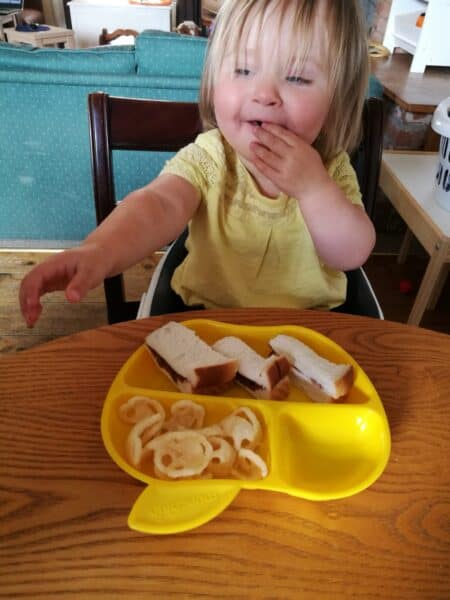 We have now been doing this for 3 weeks and it has made a MASSIVE difference.

Before, Erin would skip lunch quite often. She tends to get up at 5am and gets tired around 11am. Instead of getting her to stay up longer and have lunch first, I would just let her sleep. Now though, I’m trying to get Erin to eat at 11am and go down for a nap about an hour later. Up until now she’s been eating lunch every day without many problems.

Dinner has always been our biggest issue. After a sleep Erin always seemed to want something to eat so she would never be hungry for dinner. I’ve stopped giving Erin a snack after her nap and we’ve also made sure that we wait to eat dinner with John when he gets home from work. Sometimes it is hard to get Erin to wait until 5:30/ 6pm but she’s not doing badly so far.

Since we have been having family meals together Erin has eaten a lot that she’d never even tried before. She’s using a fork properly most of the time and really enjoys feeding herself. 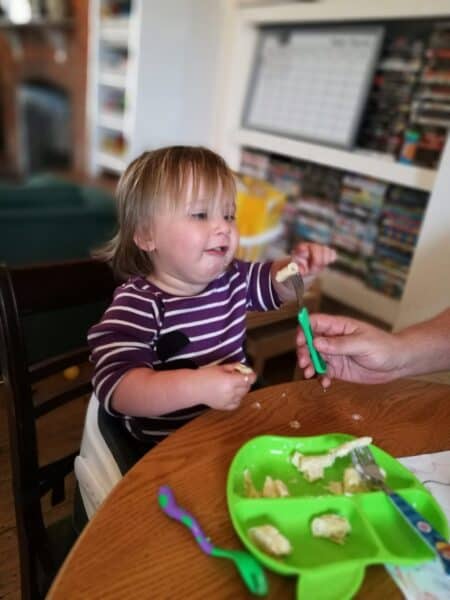 To help with the eating issues, as well as normal toddler meltdowns, we have been trying to give Erin two options for doing things. When she seems to be done with her food I ask her ‘Would you like to eat this bit or get down?’ She thinks for a moment and will either eat some more food or point to the floor and say down. 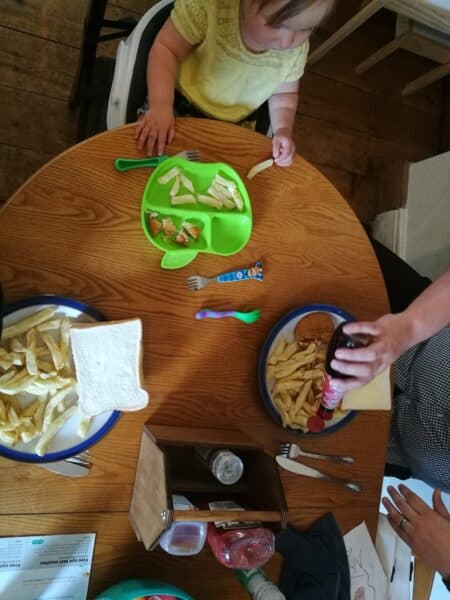 Since we have been having more family meals together, whether it be me and Erin for lunch, or all of us for dinner, Erin’s eating has improved so much. Family meals are here to stay!

Do you make sure you all eat as a family or are you more relaxed at meal times? 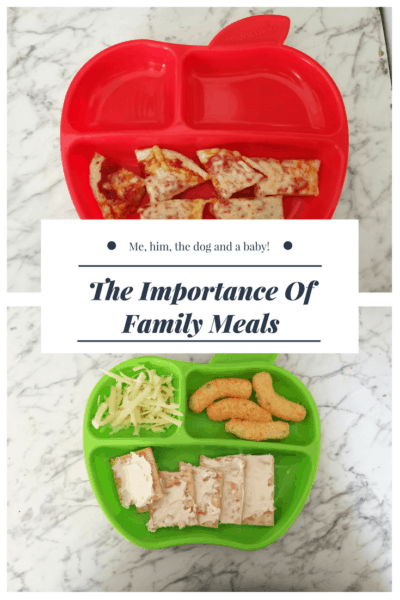