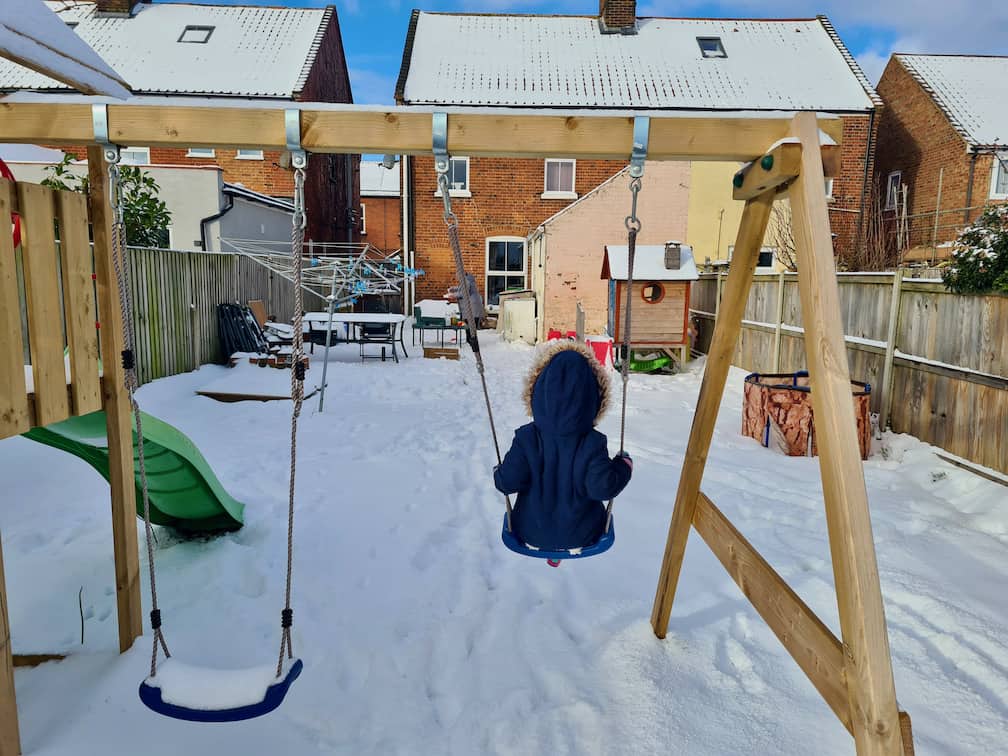 Earlier this week Storm Darcy really hit us hard in North Norfolk, causing road closures, businesses to close for a few days and homes to be covered in a whole lot of snow. We had a bit of snow a couple of weeks ago but it only lasted a day and Erin was quite upset about that.

Of course, waking up to a garden absolutely full of snow made up for Erin’s previous disappointment and she was itching to get out there from the minute she woke up. 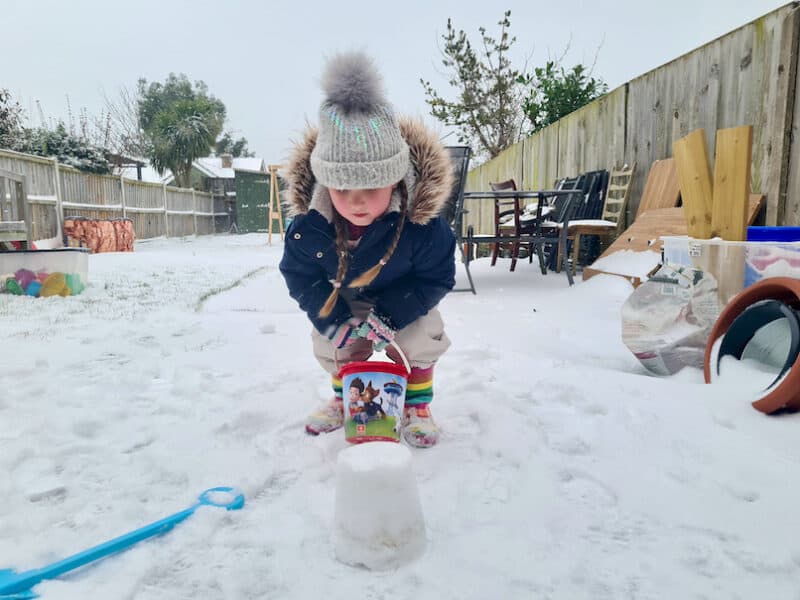 We were lucky to have a couple of really fun days in the snow, all from the comfort of our back garden. We are very lucky to have such a large space and this meant that we didn’t have to go anywhere like the park where we knew there would be quite a lot of people. 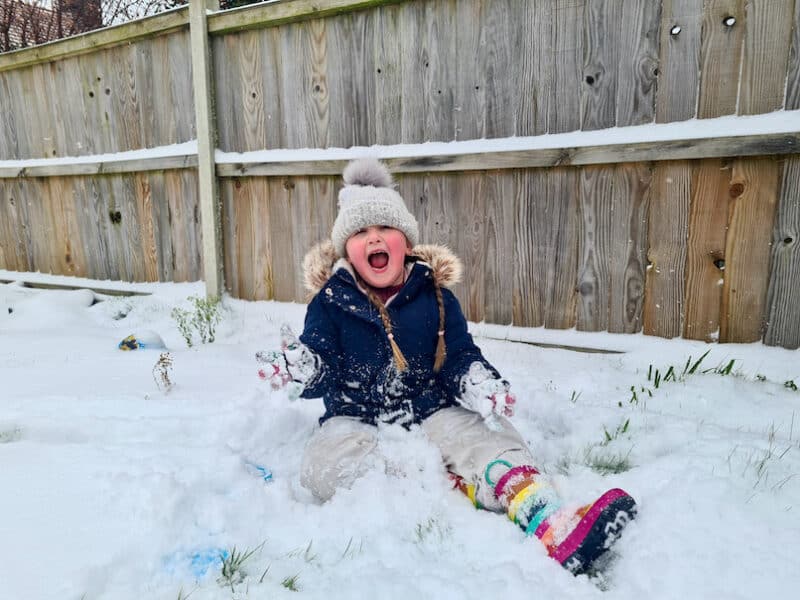 As the snow lasted for a couple of days we were really able to do some different things. Erin really loved sitting in the snow as it was really soft and fresh. Usually we get the hard, packed down snow which isn’t nearly as nice. We tried to make snow castles as a snowman just wasn’t working. Erin really thought about using both snow and ice to make it pack down in the bucket. Of course, snow angels are perfect for fresh snow. 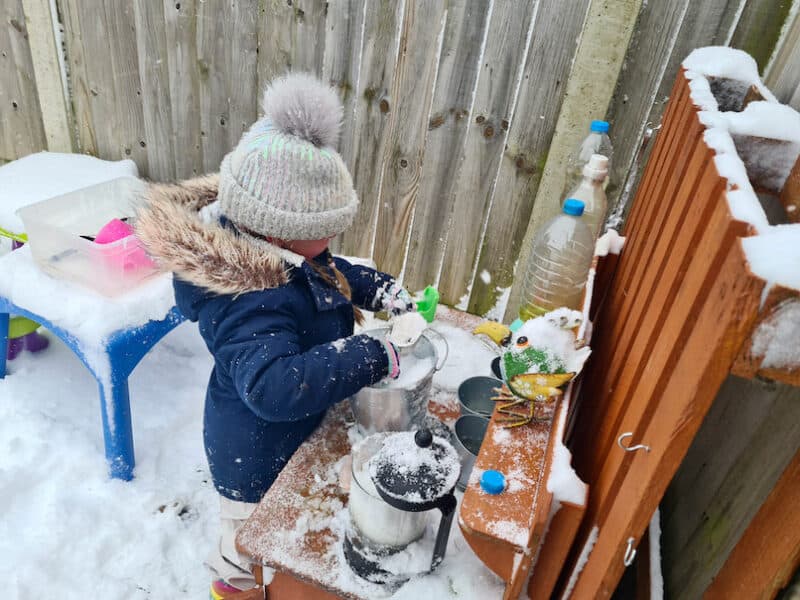 Something else we made the most of was the mud kitchen. Erin immediately wanted coloured water to make slushies for everyone. The mud kitchen really gets used in every kind of weather and Erin always has fun with it. 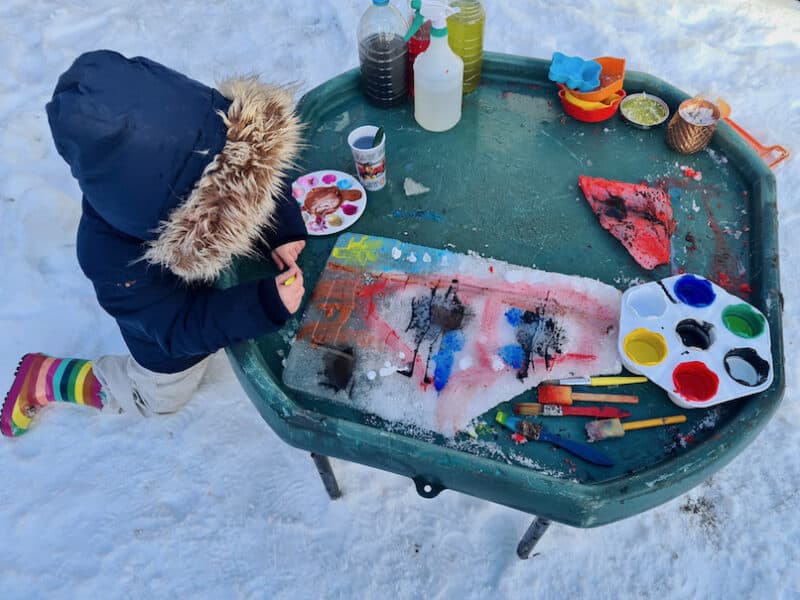 We also got the Tuff Tray out because we found the most amazing sheet of ice on a box. We got some paints out and Erin came up with a great snow scene and also had loads of fun doing it which was the best part about it all.

Did you have snow this week? What did you get up to? 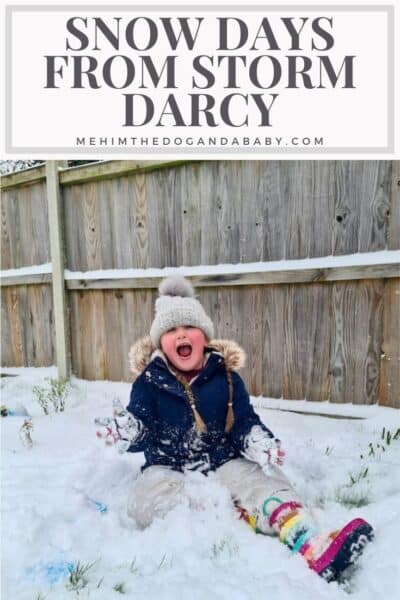