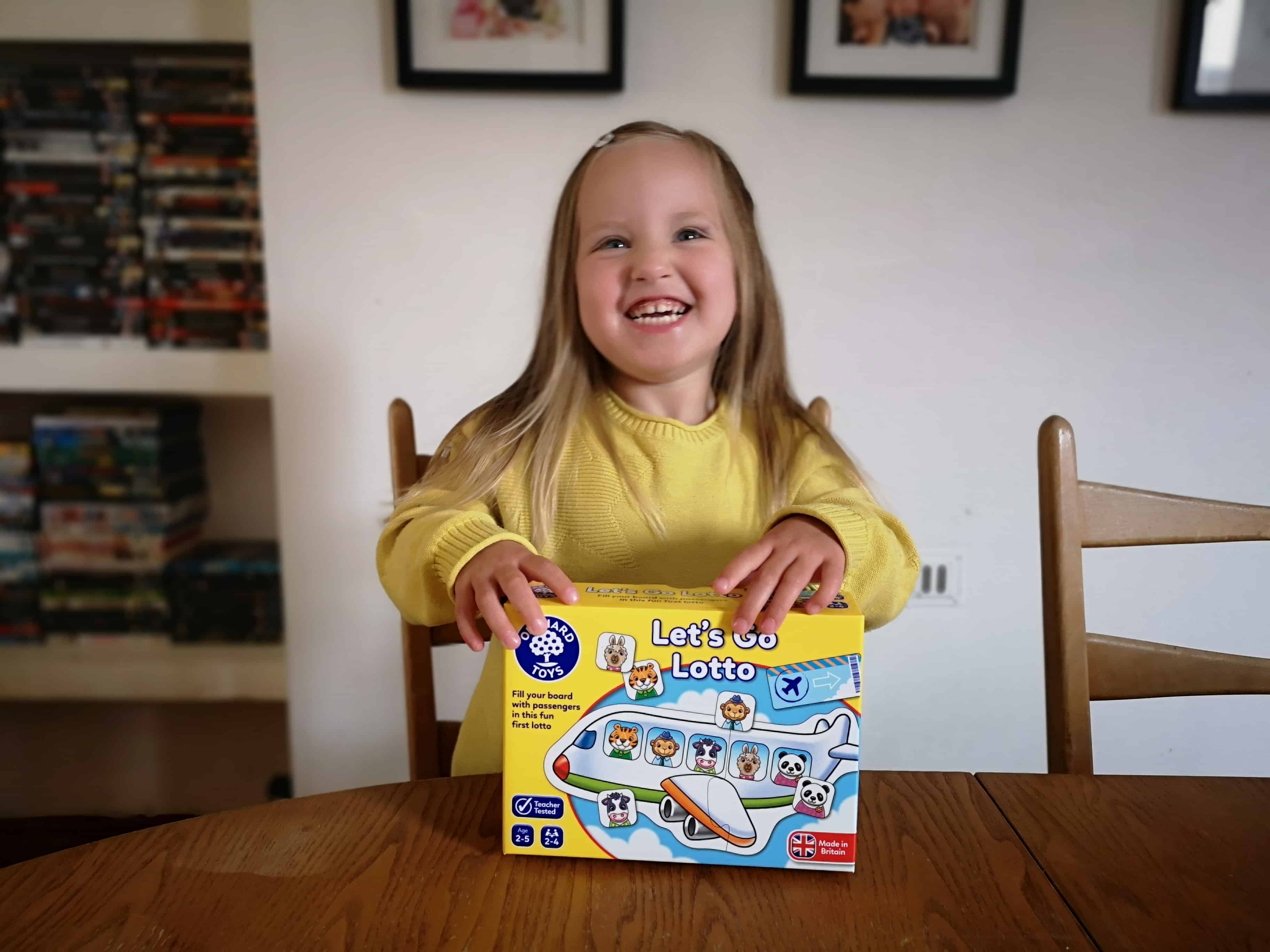 Although we like to spend a lot of time outdoors, either in the back garden or at the park, sometimes we also really just need a day at home. Of course, the British weather also means that sometimes we’re stuck indoors because of the rain. We were recently sent Let’s Go Lotto from Orchard Toys and I had been keeping it to one side ready for a rainy day! 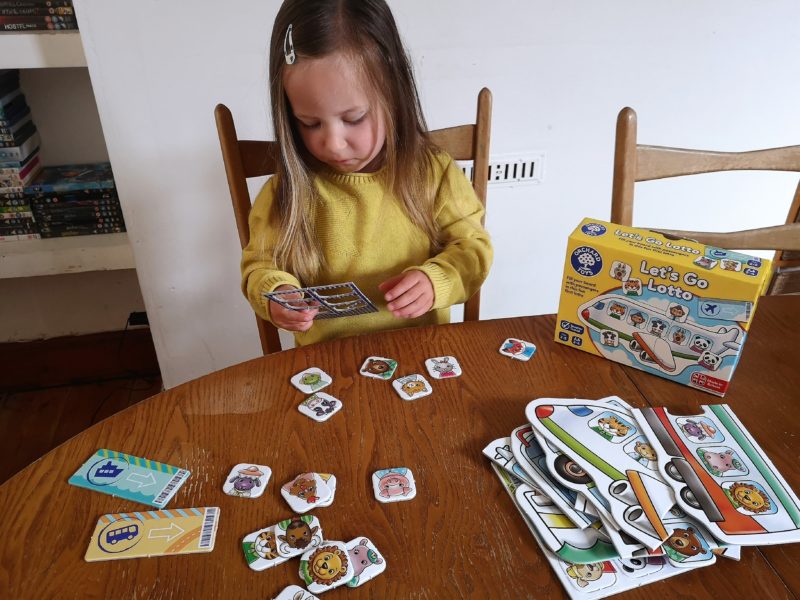 Let’s Go Lotto is a travel themed game so it’s ideal for the run up to the summer holidays. We are actually going on holiday on a bus next week so this came at a great time for us. Let’s Go Lotto is aimed at children aged 2-5 and for 2-4 players. 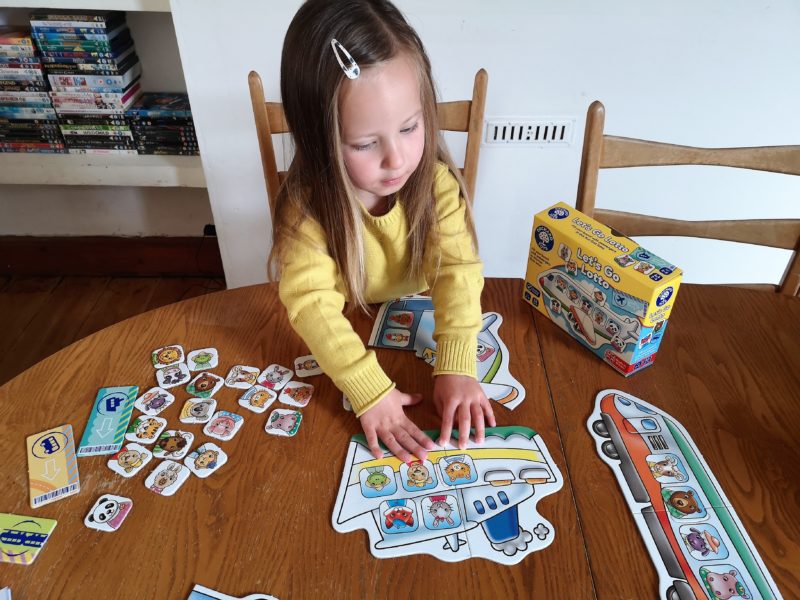 Erin was very eager to get all of the pieces out of the box and to figure out what everything was for. This is the first game Erin has actively wanted to help set up so I made sure she was involved in getting all of the pieces out while I read the instructions. Erin put together the 4 playing boards which are a boat, plane, train and bus. Then, Erin placed all of the passenger pieces face down so we could begin playing. 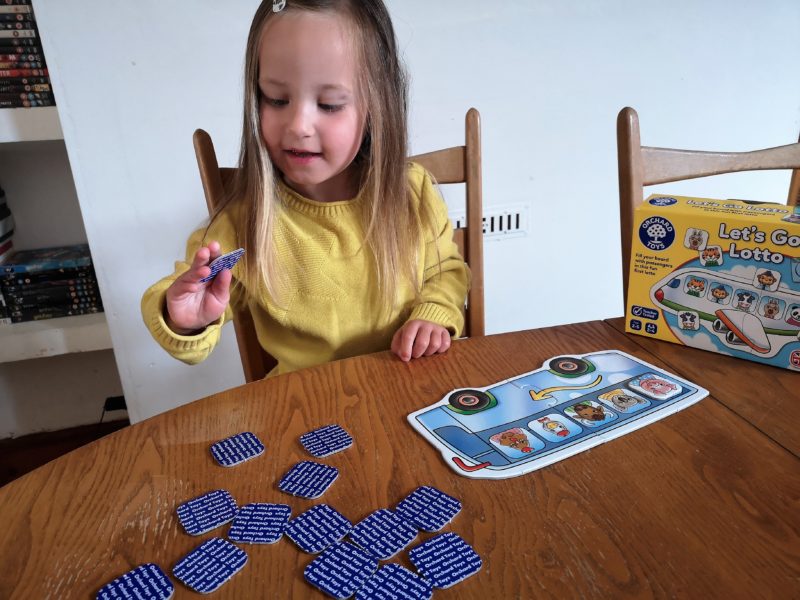 The aim of Let’s Go Lotto is for each player to fill the passengers on their chosen playing board. Each player should take it in turns to turn over one of the passenger cards and if it matches one of their passengers they can add it to the board. Once the player has filled the board they win a ticket! 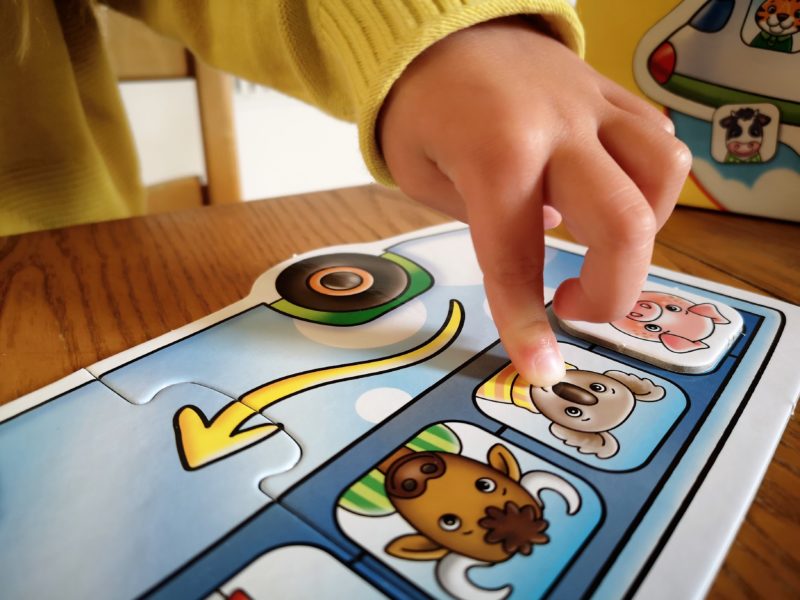 Erin did really well taking turns turning over the pieces for quite a while. I think she got more excited when I found one of mine, rather than her own, because she took a long time to find any. She thought it was really funny if I picked up one of hers and couldn’t use it though because she was very quick to pick it straight up after me. 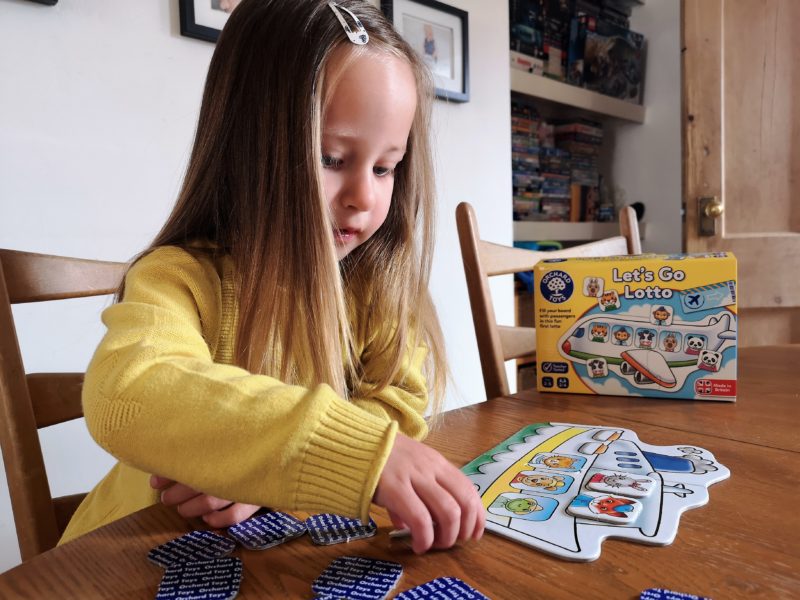 While we were playing Erin and I spoke about different places we could go on the different kinds of transport. We’ve been on holiday on a plane, a bus and a train before but not a boat so she was very interested about that… and also wanted to know if animals really went on holiday together.

Take a look at some of our other Orchard Toys reviews:

WIN LET’S GO LOTTO FOR YOURSELF

If you fancy winning a copy of Let’s Go Lotto then enter below via Gleam. The giveaway is open to UK entrants only and will end on Monday 1st July 2019 at 23:59. Good luck! 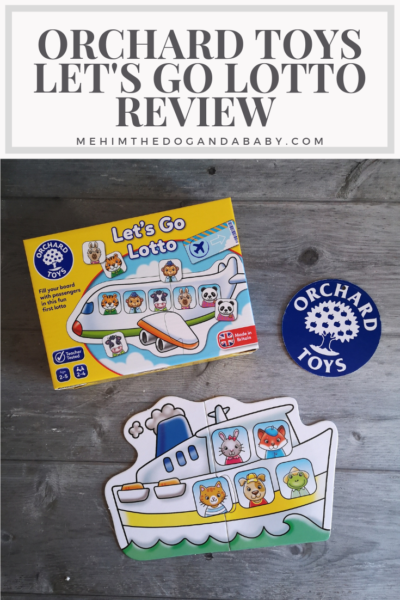